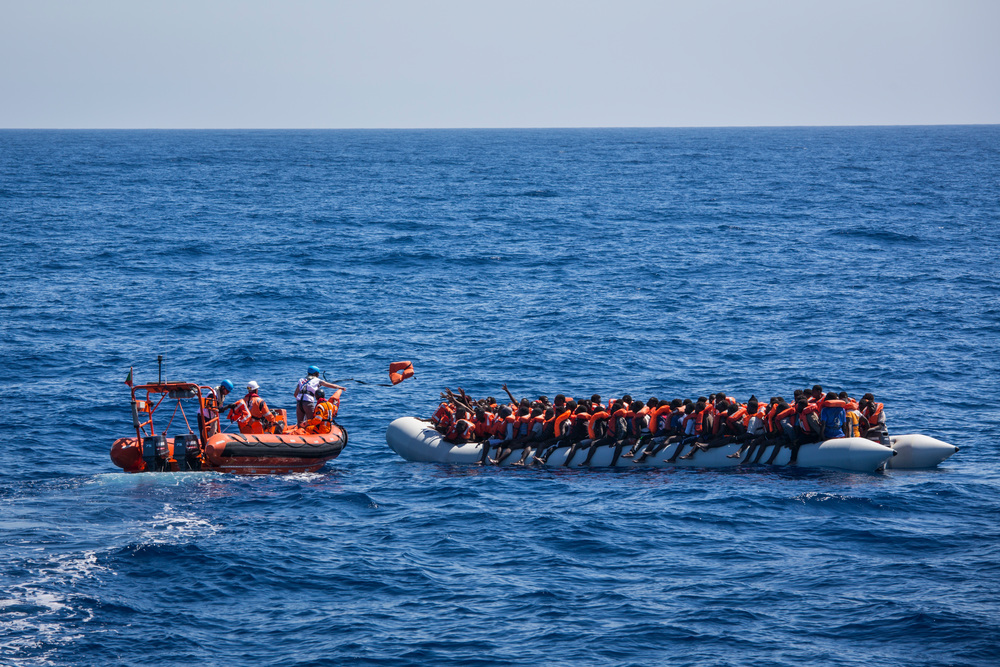 Mediterranean Rescues: Born in the middle of the sea

On Thursday 13th of July, Médecins Sans Frontières (MSF) rescued 860 people from vessels in distress in the central Mediterranean Sea. While the medical personnel were making their assessment, a young woman immediately caught their eye and what they saw was incredible.

“When the rescue team was making a medical assessment of the women on the wooden boat, they saw little feet and a small head popping out either end of a cloth one woman was holding.” said Alice Gautreau, MSF midwife on board the Aquarius.

It was confirmed that a baby was on board and it soon became clear that the baby ‘Christ’ had only been born very recently.

“In the clinic, we first separated mother and baby by cutting the umbilical cord.  Mum then needed a few stitches but other than that everything else went really well. Baby Christ weighs 7 pounds 10 ounces and against all odds, both mother and baby are doing really well,” she said.

"I wanted to leave Libya but I was so terribly scared when I was the boat. They push you into the water, just like this. You could die in the water."
Young cameroonian mother

The mother, a Cameroonian woman, went into labour while on board a wooden boat crammed with more than one hundred people as it headed from Libya towards Europe. 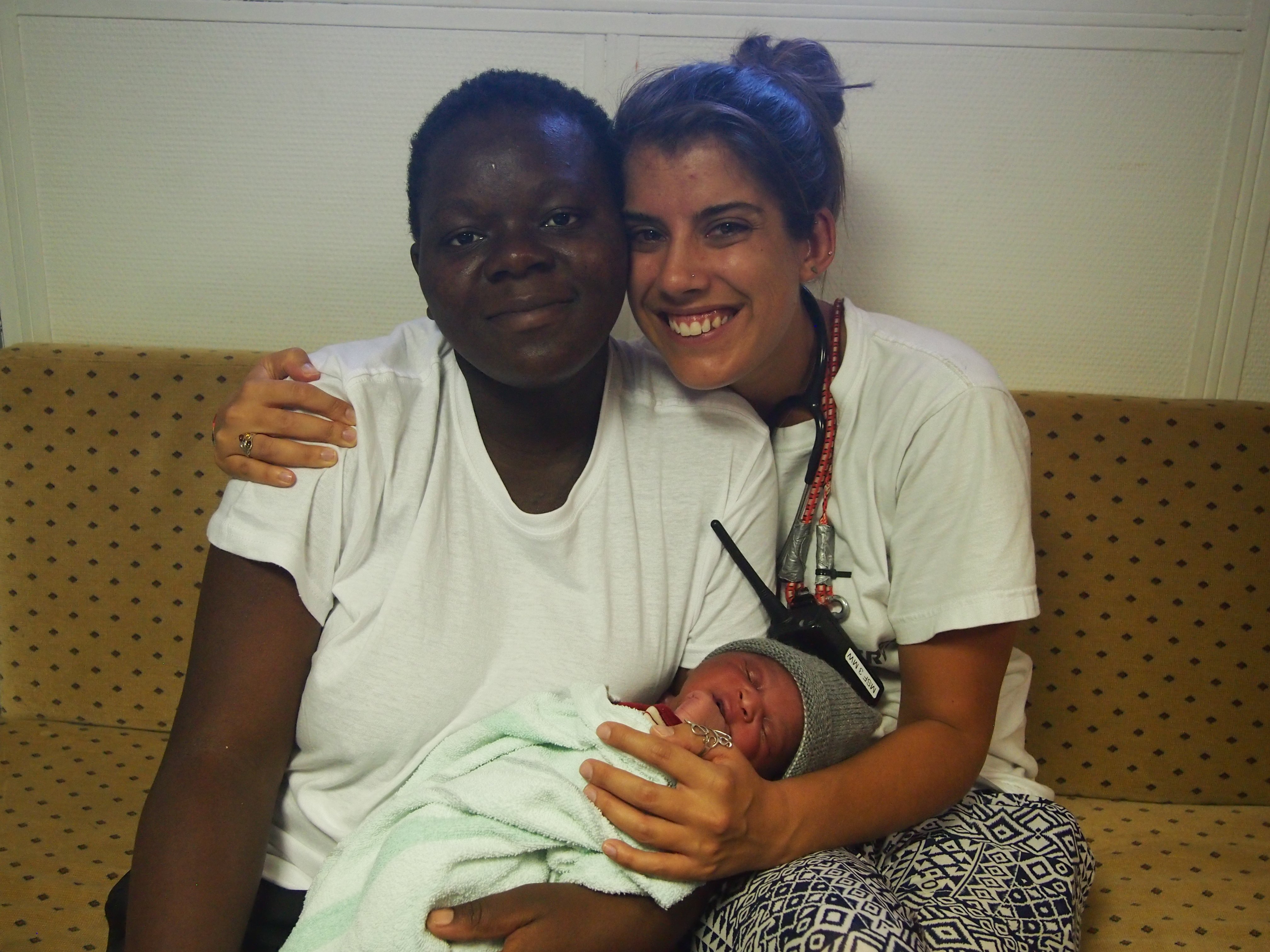 By the time MSF teams found them, mother and baby were still attached by umbilical cord and so they were promptly transferred onto the Aquarius and into the clinic, where the MSF Midwife and Doctor helped to complete the delivery of the baby.

“I was having labor pains when I boarded the boat.” Says baby Christ’s mother.

“All around me were Syrians and a small number of Senegalese. I was on the floor at the back of the boat and the two Syrian women who were close by at the front of the boat but it was too crowded and they could not move to reach me.’

“When the baby came I just pushed. The men around me spoke no French and just looked on. I was so scared something would go wrong during the birth.”

The people on board the wooden boat were adrift at sea for more than nine hours before it was rescued. Christ’s mother spoke about the circumstances in which she left Libya for the Central Mediterranean.

“We were kidnapped in Libya. We were put in detention for three months in a cell and only myself escaped from the prison. Other girls there were beaten so that they would call their families to ask for money for the guards to stop and several girls were raped. 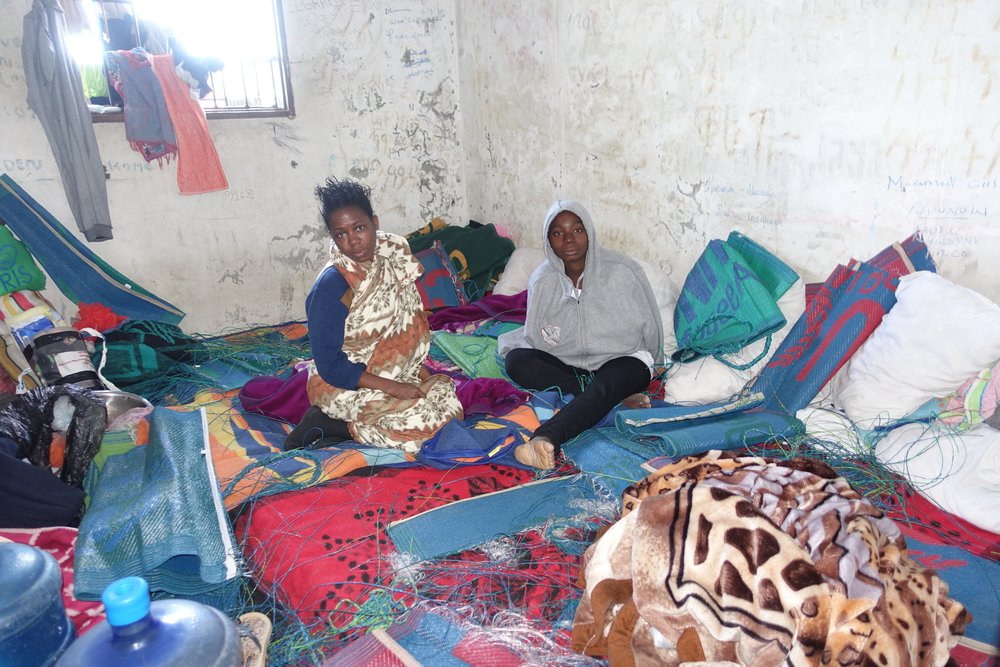 Tankred Stoebe/MSF
2 of about 40 inmates in the detention center west of Misrata. They reported being from Nigeria and held here since 1 month without any contact to with the outside world or their families back home. Very depressed women and desperately asking for help.

One night, when the watchman forgot to close the barrier I escaped when he was in the toilet. From here I contacted a man through a friend who would put me in the water.

I wanted to leave Libya but I was so terribly scared when I was on the boat. They push you into the water, just like this. You could die in the water.”

“I am Christian and my God is Jesus Christ. This is why I gave my son his name”

On Tuesday July 11th, the Aquarius team rescued 630 people from two wooden boats and three more rubber dinghies and took on board a further 230 people from another rescue vessel.

"The Mum giving birth on an overcrowded and dangerous boat with more than one hundred people squashed together, somewhere at sea? There is an urgent need for safe and legal alternatives to this journey."
Alice Gautreaumsf midwife, mv aquarius

The 860 people currently on board include 10 pregnant women and 60 unaccompanied minors. 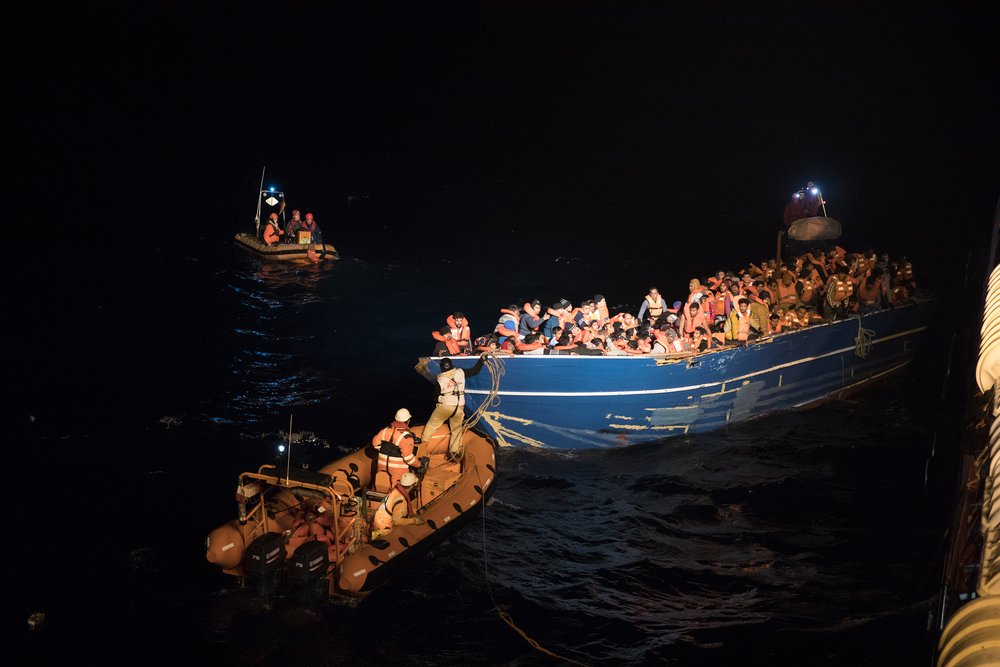 “Wouldn’t it be better if they both didn’t have to go through this crazy experience?” asks Alice Gautreau.

“The Mum giving birth on an overcrowded and dangerous boat with more than one hundred people squashed together, somewhere at sea? There is an urgent need for safe and legal alternatives to this journey,” she added.

The Aquarius is a search and rescue vessel run in collaboration between Médecins Sans Frontières and SOS Mediterranee.

So far this year teams on board have rescued and assisted more than 10,000 people in the central Mediterranean Sea.

All rescues by MSF and SOS are carried out in coordination with the Marine Rescue Coordination Centre (MRCC) and follows maritime law (SOLAS convention), as well as Italian and European laws.

The MRCC determines when and how MSF can respond to vessels in distress, as well as where those rescued are disembarked.

our search and rescue work >