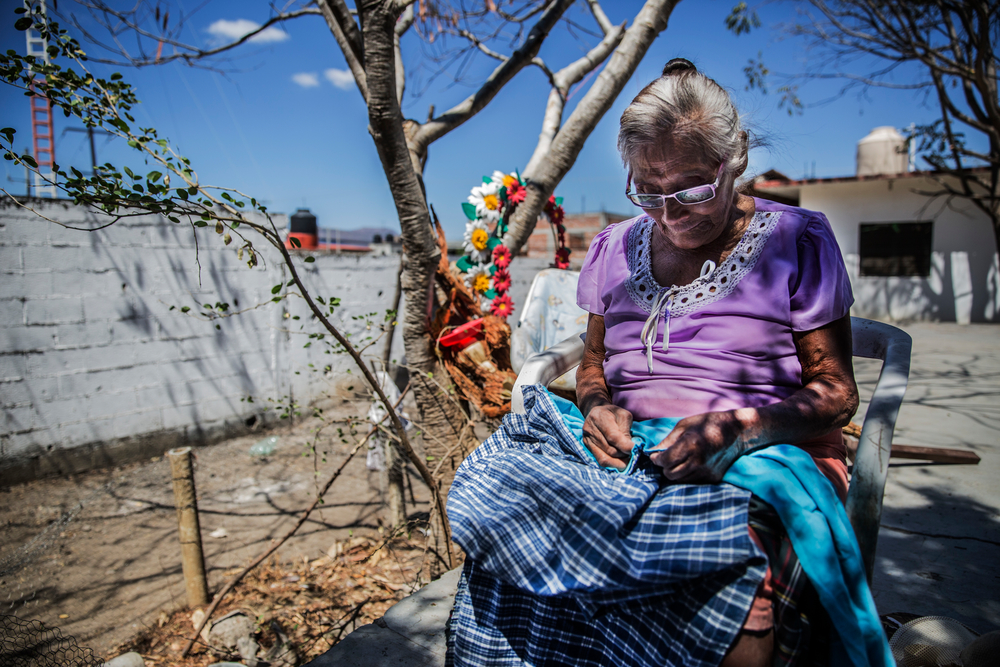 In Guerrero state, the Tierra Caliente, Norte and Centro regions, together with the city of Acapulco, are some of the most violent places in Mexico. Drug related crime has left many people living in fear and isolation, cut off from basic medical services.

Territory across the state is fought over by organised criminal gangs in their goal to control the routes, the main towns, to force communities to pay tax collections and coerce people into gangs. Many schools have closed, access to healthcare is limited and in some places medical staff has left for good. Tension and fear threaten to destroy the social fabric across the region.

In response to the situation, MSF is running mobile clinics in 11 communities across Guerrero state (it also has teams in Acapulco city). The following testimonies were gathered under pseudonyms and without cameras at the request of the interviewees.

We cannot go out or talk freely. We see things happen, but we cannot talk about them. Our house was attacked by armed men a few months ago.
juan61, farmer

“My sons aged ten and eleven were also there. They’ve been frightened and traumatised ever since. We can’t leave them alone anymore.” Juan, 61, is a farmer. 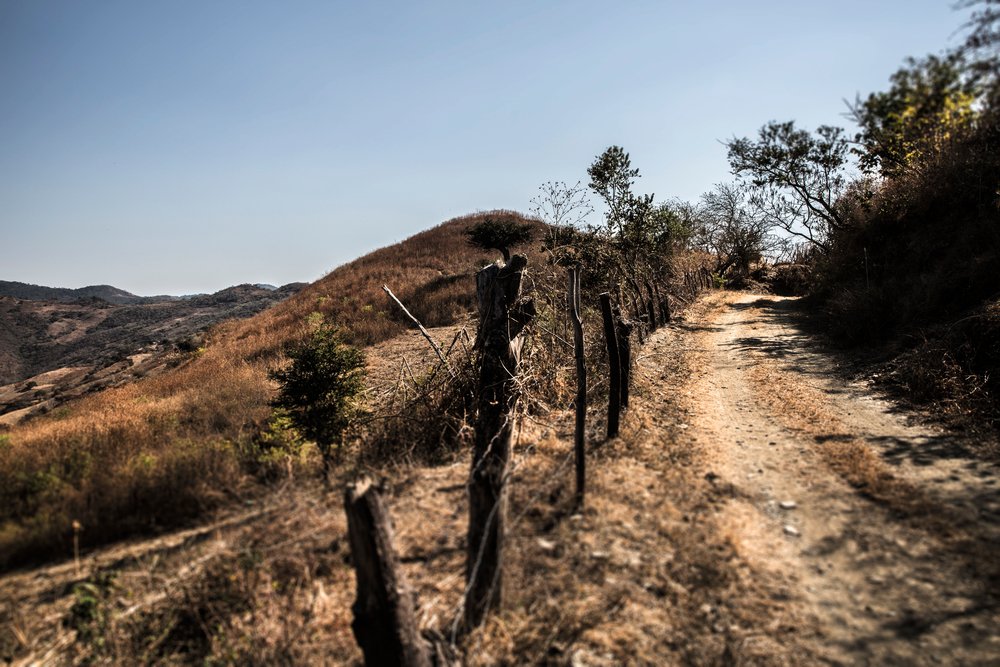 Juan Carlos Tomasi/MSF
A blockade of public transport, imposed by criminal groups in the region, has made it even more difficult for people to access specialised medical services.

For months Juan’s town has been cut off because of the ongoing violence in the region. Public transport has been threatened by drug traffickers who want to divert all economic activity to their territory in Arcelia in the north, when the municipal seat for the town (where the hospital is, where people go to the banks or to get subsidies) is in the south. ”If there’s a medical emergency, now we have to pay up to 1,500 pesos (local currency) to go in a private van. The public fare is a lot cheaper – around 60 or 100 pesos (daily wage is between 120 and 200 pesos). It´s a terrible situation; nobody wants to spend three and a half hours on the road to reach an available public transport. And we cannot go at night because of the risk of being attacked on the roads.”

Abel is a young man in his twenties. “Every so often we see corpses dumped in public places. It’s traumatic to see because people have been tortured and cut up. One day, when we were playing basketball, a group of armed men arrived at the court. They shot at us, threw us on the ground and took away our mobile phones and money. Then they attacked us with machetes. They took my friend. They cut him up. First they cut off his leg, then his arm. He’d already passed out by the time they cut off his head.” 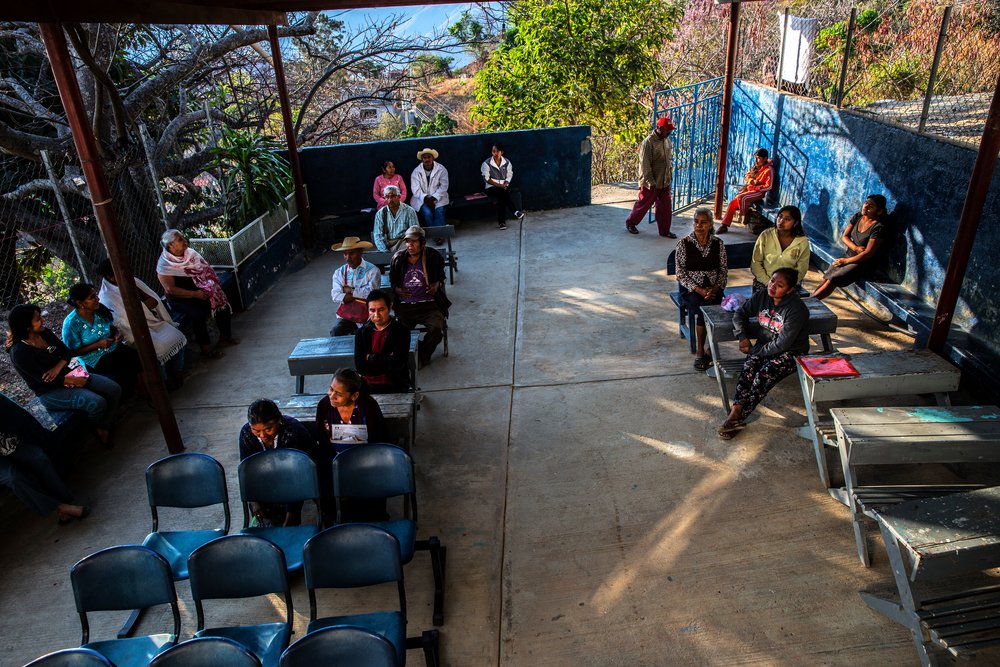 Juan Carlos Tomasi/MSF
Displaced people wait to be seen by an MSF doctor or psychologist, during a mobile clinic in Guerrero state.

The murder on the court happened three years ago. Drug traffickers wanted to reassert their control over the town. The incident traumatised the whole village. The community police soon after grew stronger there and they say it is calmer now.  But neighbors still talk about “what happened on the court” in whispers. Abel talks openly about it because he’s emigrating to the USA soon. He can’t take it anymore. The lack of opportunities, the poverty, the risk of being recruited by drug traffickers as a ‘hawk’ (lookout) or a sicario (hit man), has forced him to leave. Being a young man in Guerrero can be extremely dangerous.

Guerrero’s illegal marijuana and opium trade has been a catalyst for most of the violence across the state, forcing people to emigrate. Across the region, ghost towns, left completely abandoned by communities are commonplace. Entire families and young people have slowly left.
In the town of San Felipe de Ocote only the animals remain. In January this year, members of the community took up arms to defend themselves against drug traffickers, after the kidnap of a bulldozer driver who was fixing the road. But the community of 600 people could not withstand the onslaught of violence, when the criminals arrived with reinforcements and had to leave. They arrived in Apaxtla de Castrejón with only the clothes on their backs and are now staying in a social centre, sleeping in classrooms. Many think they will never be able to return home. Now all they want is a plot of land where they can settle.

According to data from the Mexican Commission for the Defence and Promotion of Human Rights (CMDPDH), 7,598 people have fled their homes and villages across Guerrero over the last two years. Recently, this situation has been repeated in Laguna de Huanayalco, San Bartolo, Laguna Seca and Ximotla.

Insecurity and surges of violence have had a direct impact on medical care in rural towns. Many of the local health centres across the state are run by just one nurse who also sleeps at the facility. These nurses have very few resources and must carry the burden of healthcare in their communities. The MSF teams’ monthly visits offer a lifeline for local people. 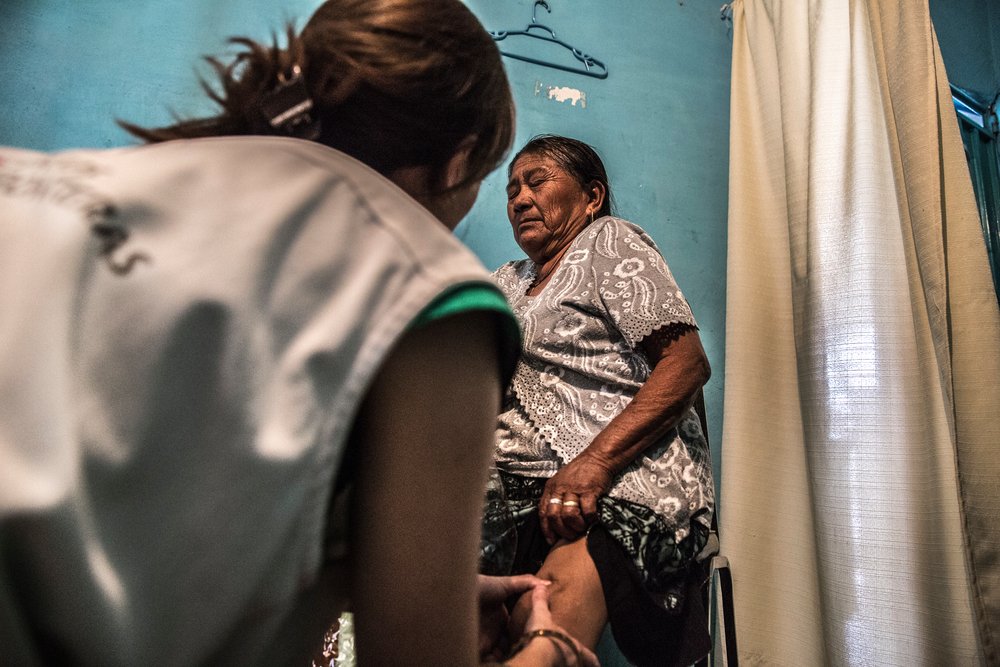 Juan Carlos Tomasi/MSF
A patient receives treatment during one of MSF’s mobile clinics in a village in Guerrero state.

“A lot of doctors don’t want to come anymore; the nurses do, thank goodness. We haven’t had a doctor for four years, so the MSF visits are essential of course”, says Bruno, a local resident. Eleven health centers in Tierra Caliente, Norte and Centro remain closed. Some for a few months, others for as long as four years.

During a meeting with a local health committee in one of the towns in Guerrero, a dozen women described how insecurity had affected their communities. “There’s fear, there’s mistrust, there’s no happiness anymore,” said one of the members.

I used to go out at night without any hassle. But now we go straight home. I go to bed and I don’t know what will happen.
anon

People suffer from anxiety as a result: “We’re a group of chickens in the coop, we don’t know who’s going to be grabbed next for the pot,” said another woman. 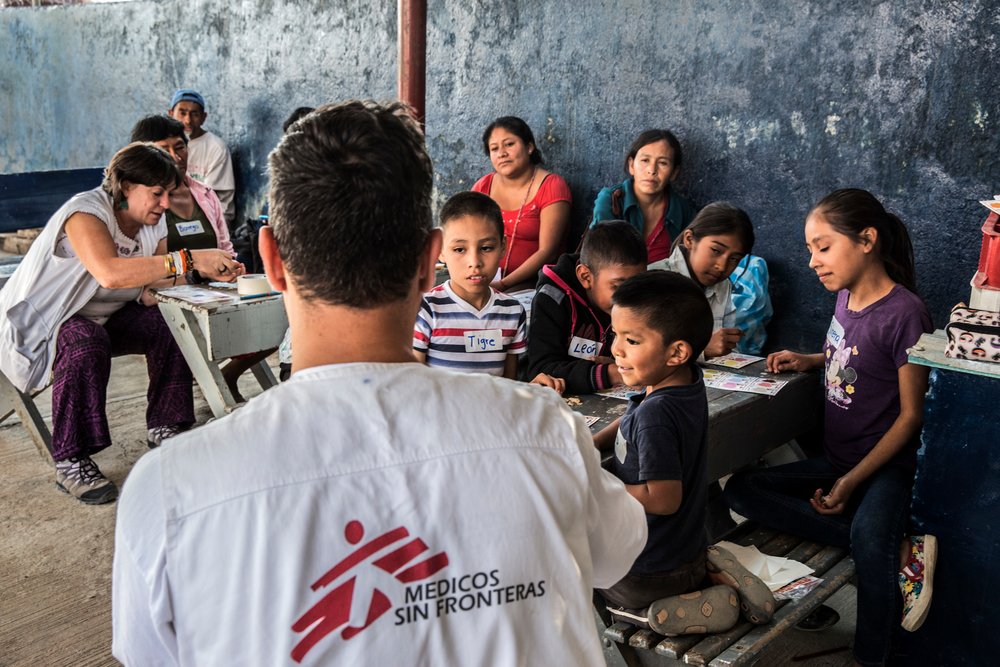 Juan Carlos Tomasi/MSF
MSF psychologists during a group mental health session for children in a village in Guerrero state. Violence across the region is taking a toll on children’s mental health.

The committee’s regular meetings mean that their members at least can build ties. “But there’s still mistrust. Even here, now, with what we say. You don’t know who’s going to misinterpret what’s been said and who they’re going to tell,” they conclude. They look at each other and nod. Omertà.

"The fabric of society could be torn apart"

Laura Moreno is a mental health acitivities manager from Madrid, Spain. Below, she describes MSF's work with vulnerable populations in Guerrero.

"In Guerrero we provide primary and mental healthcare as well as psychosocial activities to people affected by the violence in the region. We run individual and group sessions and psychosocial activities, to strengthen patients’ coping mechanisms and help rebuild the social network damaged by violence. This can be challenging as we only visit each community once a month because of the volatile context. Individual consultations can’t be long. There are also other challenges, like our visits coinciding with sowing or harvesting times or the day they receive public aid and have to go to collect it.

We carried out 1,270 consultations in 2017. We treated people who have been through very traumatic experiences. Some have had family members killed, and others have family members forced into criminal gangs. People in Guerrero have a tough, fighting spirit, but if the fear and violence persist, the fabric of society could be torn apart. This is why providing mental healthcare is so important here. The support we give helps to strengthen people’s coping mechanisms, so that they can manage their emotions in times of uncertainty and violence.

We are also very concerned about serious psychiatric patients. The isolation that some communities face has enormous repercussions for them and their families, they are excessively vulnerable.”