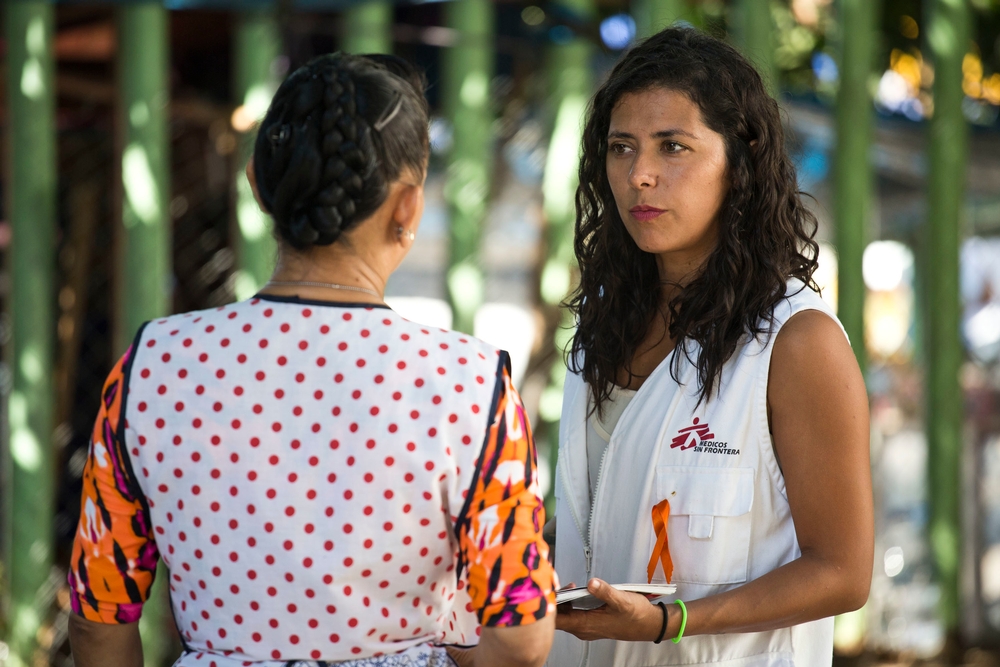 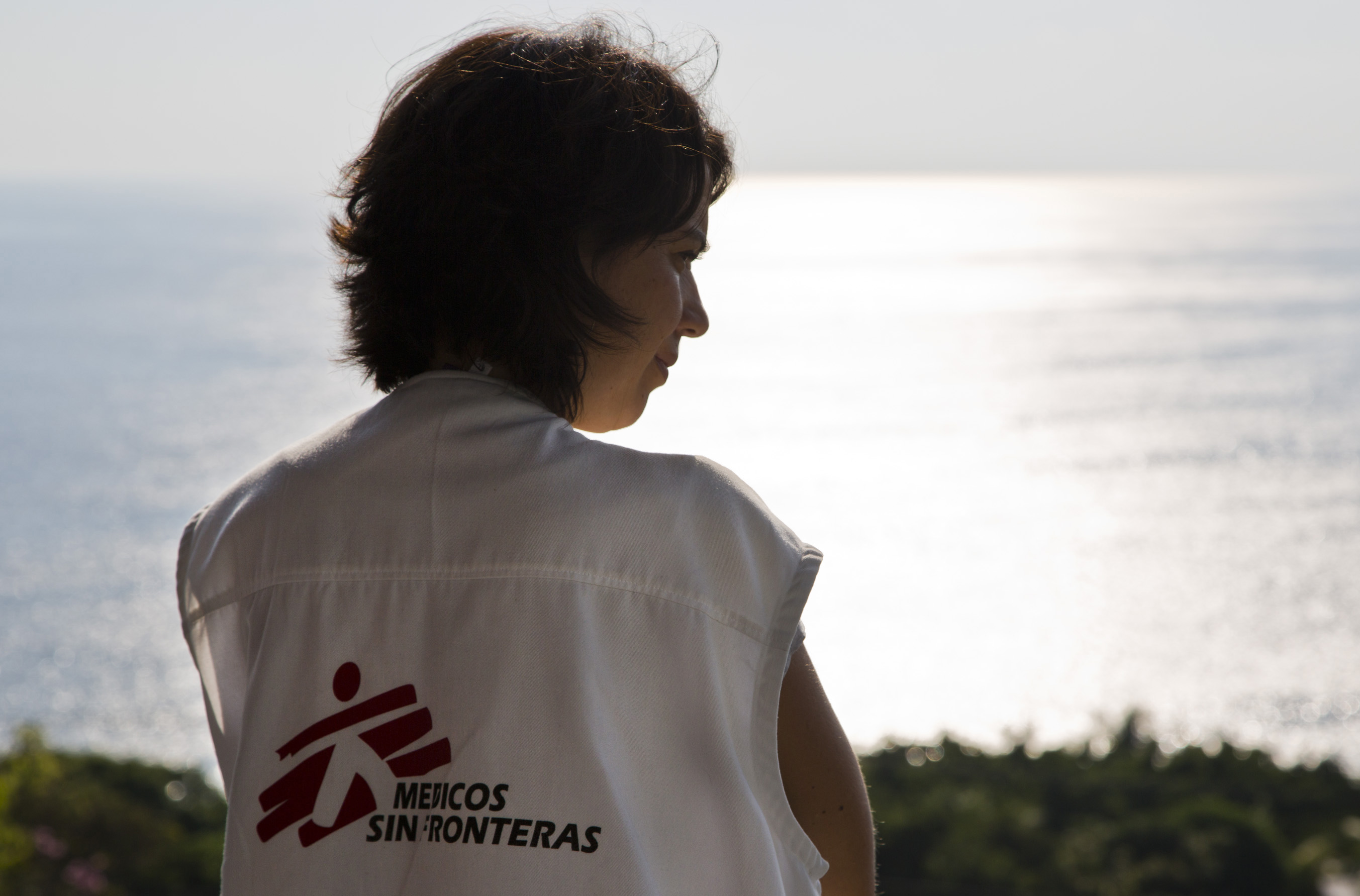 I’m talking with a teammate who lives in Acapulco, Mexico, where Médecins Sans Frontières (MSF) works.

As we are waiting, she talks to me about life, her life: a violent husband who hit and insulted her in the early years of their marriage, until she reported him. Then the abuse stopped being physical, but the humiliation continued.

What hurt her the most was the realisation that the main victims had been her two eldest children, who internalised the trauma of the violence.

"I try to understand my colleague's pain; a life without truce, without compassion, full of fear and frustration."

My colleague now has four children. By means of fighting against this violence, she named her youngest child Kariño (a play on the Spanish word cariño, which means 'sweetie').

She gave her this name so that, if one day she falls in love with an abusive man, he will be forced to call her cariño against his will.

At this point, I thought about the words of Cortazar (a famous Argentine novelist): “Words are not enough when what you have to say overflows your soul."

I felt an overwhelming urge to give her a hug, and I did so.

Acapulco: the most violent city in Mexico

I go outside and look across the beautiful and magnificent Pacific Ocean before me, with the sun going down and the boats filled with tourists.

I try to understand my colleague's pain; a life without truce, without compassion, full of fear and frustration.

Not only does she live a life where she is trying to overcome violence at home, but to make things worse she also lives in the most violent city in Mexico: Acapulco. 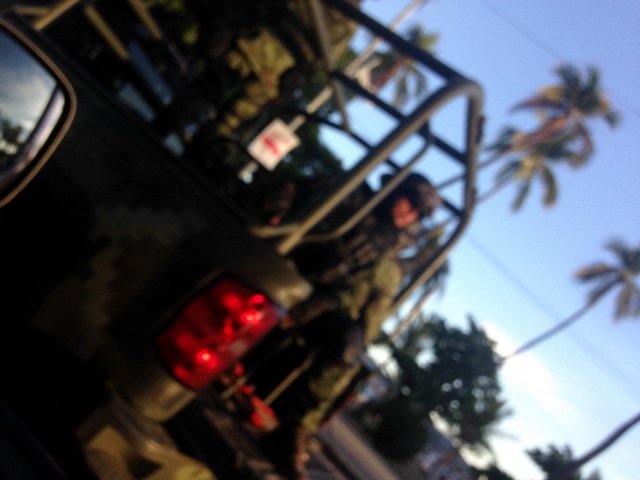 Just like her, thousands of people are caught up in violence. “You automatically get used to the violence,” is what many people often say around these parts. Especially women and adolescents, who tell how they learned to navigate complex situations, ensuring that they don’t become victims of any violence.

The forms of cohabitation have changed, with the population not having the freedom to leave their homes.

And it is young people in particular who have lost the access to public meeting areas. “All we want to do is leave”, we are told time and time again, like a mantra they use to push away the temptation of joining the maña (gang). “They are exploiting the young lads for money”, they explain. 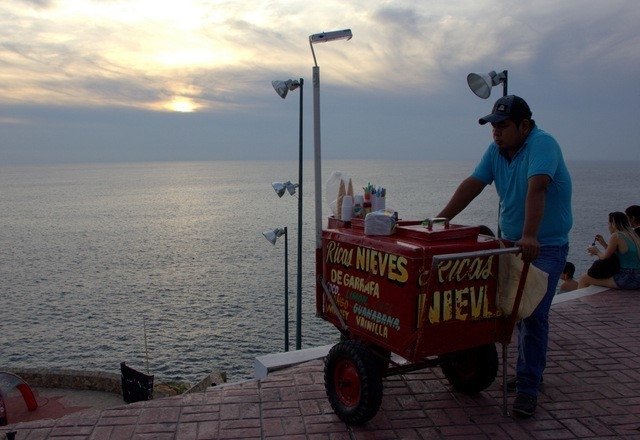 In this context, it seems pertinent to once again consider what it means to live in fear of being hit by a bullet, confused with a marked man, getting caught up in organised crime or being made to disappear by one of the armed men who are present in the city.

I return to the sea and consider the irony of living in a city which is so beautiful and yet so grotesque at the same time, controlled by cartels and delinquency. Despite all of this, there are still people splashing in the water, buying tacos, street corn and diablito chilli.

Tourists can be seen spending money in big, luxurious hotels; everything is in place to welcome visitors from elsewhere in the country.

There’s also the luxury cars, high-end restaurants, private beaches and the boardwalk, where people stroll by without coming across the young people and families who are still searching for the 43 missing people in Ayotzinapa.

On January 19, Aristegui News reported: “In the Generación 2000 colony and the La Fabrica colony, located in Acapulco, the bodies of two men were found: one of them, a man aged between 40 and 45, was found with his hands tied up and with bullet wounds in his body, with the other found dismembered, stuffed in a sack and dumped in a stormwater channel.”

It’s not that this is a particularly sensationalist media; this is the daily reality of the city. Violence occurs on a daily basis and can be seen in the language they use: the corpses, the dismembered people, the burnt bodies.

"Wastelands are used to dump bodies - whole or dismembered - and the local mafias charge the population extortionate fees which, if they don't, they will pay with their lives."

They no longer fulfil their role of parents, siblings and children, and have become just another news article and statistic.

In this context, everyday life is complex. The general perception is that everything has become corrupted: the tortilla factory is watched from above (children acting as lookouts for the presence of armed forces); squares are places for the consumption of cheap narcotics; wastelands are used to dump bodies — whole or dismembered — and the local mafias charge the population extortionate fees which, if they don’t meet, they will pay with their lives.

From working with MSF in Colonia Jardín and Ciudad Renacimiento, marginal urban neighbourhoods with high rates of violence, we found that their habitants have learnt to live with the violence, up to the point of accepting organised crime in their neighbourhoods as normal, everyday activity.

We provide medical and psychological care for the victims and bolster the capabilities of the public health system and its personnel, to guarantee that they receive this medical care and that their confidentiality is respected.

Another issue that we deal with in such a complicated context is mental health. In order to do this, we rely on four attention points located within health centres and in a church.

At these points, our psychologists verify the devastating consequences of violence on a daily basis: symptoms pertaining to anxiety, depression and post-traumatic stress are frequently seen.

Through family and community support networks, we put forward spaces for dialogue in which people can reflect on the context in which they live and work.

There are groups of neighbours, mothers, families and young people who have felt the need to harness the positivity of solidarity.

They are trying to recover trust in the community, and agree to look at themselves once again as a collective that works together to restore spaces in their community, recognising the need to understand what is going on around them. 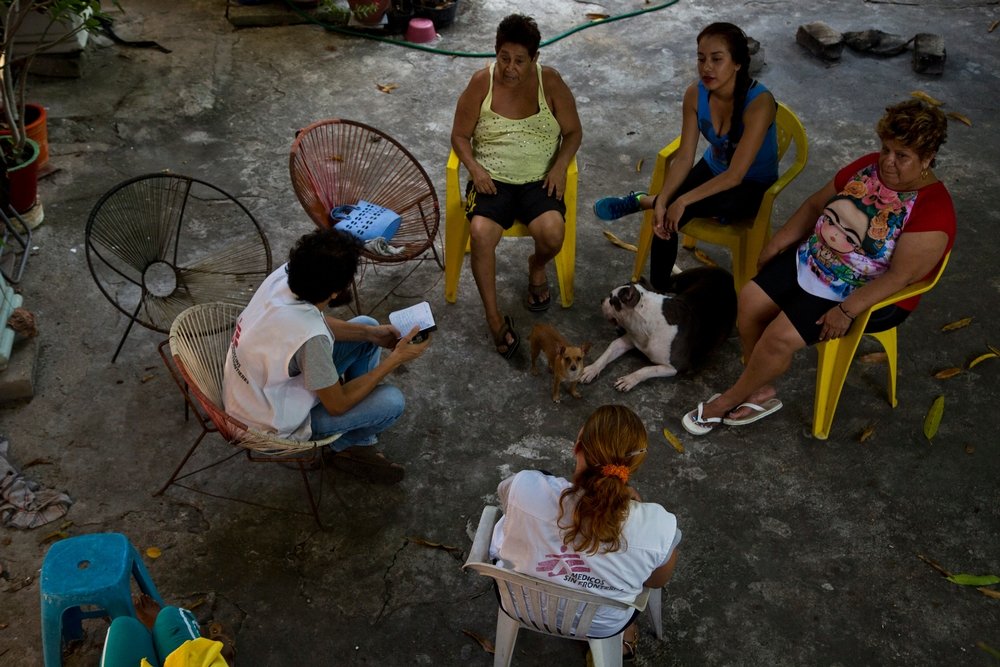 Each of the groups share an ambitious goal: to find a way (personally or through community support networks) to tackle the fears, nightmares, endless mourning and the anguish caused by leaving the house or dropping the kids off at school.

We are determined to fulfil their wish, and for people to rescue collaborative practices similar to those used by their parents and grandparents in order to raise these neighbourhoods from the ground.

It is essential to understand that as individuals we are weak, but how in a community we can find ways to regain the sense of humanity that violence snatches away from us.

We want to be able to once again look at ourselves and our neighbours as human beings who deserve respect; something which is essential for life.

I resume my walk thinking about Kariño, the struggles of mistreated women and those of the mothers and fathers who don’t know the whereabouts of their children.

In times of such immense pain, we ask that people recognise themselves as a survivor of an incomprehensible reality instead of succumbing to tragedy and that they attend community groups in search of consolation.

These are strategies for dealing with everyday life and forms of action and mobilisation which will let them regain their dignity.

The objective is that all the families who are involved in the search for a collective well-being and a responsibility will feel, little by little, cared for and protected. 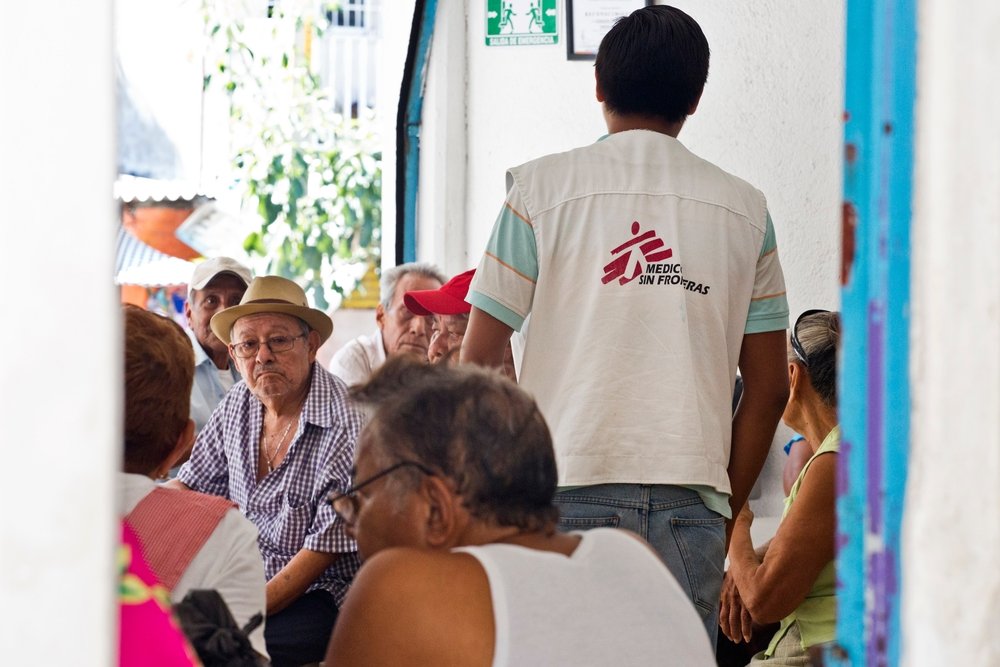 We offer free and confidential psychological care in the different health centres in Colonia Jardín to those who are suffering from unbearable pain and anguish that prevents them from sleeping, or interacting with others; to those who can’t stop crying and to those who, as a result of the deep wounds caused by the violence, have not been able to rebuild their lives.

And we do so convinced that the therapeutic processes can help to relieve the suffering and make many of these people regain the functionality which gives meaning to their life.

I start walking quicker to get home, as it’s not a good idea to walk alone at night.

Reflecting on the human condition is a good way to take stock of what has happened, and to channel the inner rage into an impulse to go outside, to shout, and to keep working; so that sadness doesn’t bring an end to life.

Our work in mexico >