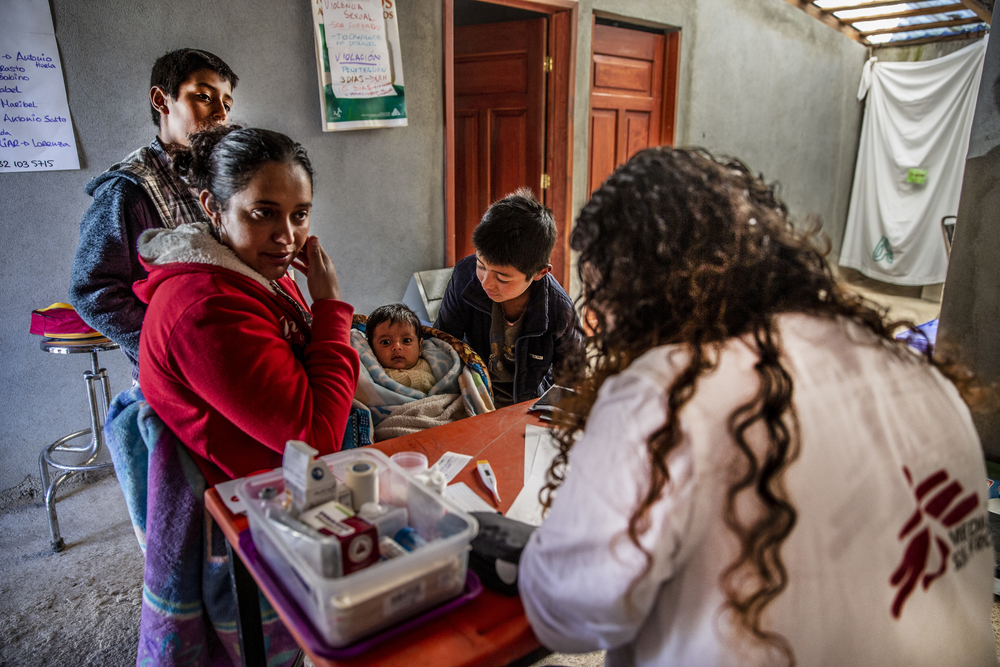 Mexico: Life in the mobile clinic

Three Médecins Sans Frontières (MSF) teams depart Iguala de la Independencia every Monday to go out to different municipalities in Guerrero. One, an exploratory team, goes to places where violence has recently occurred in order to assess the medical needs there. The other two, each with a set route, head to villages that have already been evaluated beforehand, where they will offer medical and psychological services. The objective of the MSF teams in Guerrero — gripped by frequent clashes between criminal gangs, the security forces and local police — is to reach those populations that have been engulfed by the fighting and those for whom the current violence prevents them from gaining access to medical services.

“We often find populations that are in lockdown, who cannot get to larger urban centres because they are surrounded by armed gangs that threaten them or because the existing tensions block them”, says Serge St Louis, the project coordinator in Guerrero. The teams return to the towns each month until the lockdown is relaxed or the emergency has ended. In any case, monitoring of the area continues in case it becomes necessary to return. “We work in cooperation with the Ministry of Health to identify the places we need to access and negotiate our entrance with the residents, with the health committee if there is one.” It is the residents who are in charge of welcoming MSF members and preparing a place for them to camp and stablished its base. Often, they use school classrooms, left empty because the teachers cannot gain access to the students, or health centres, which at night become camps, where the team sleeps. 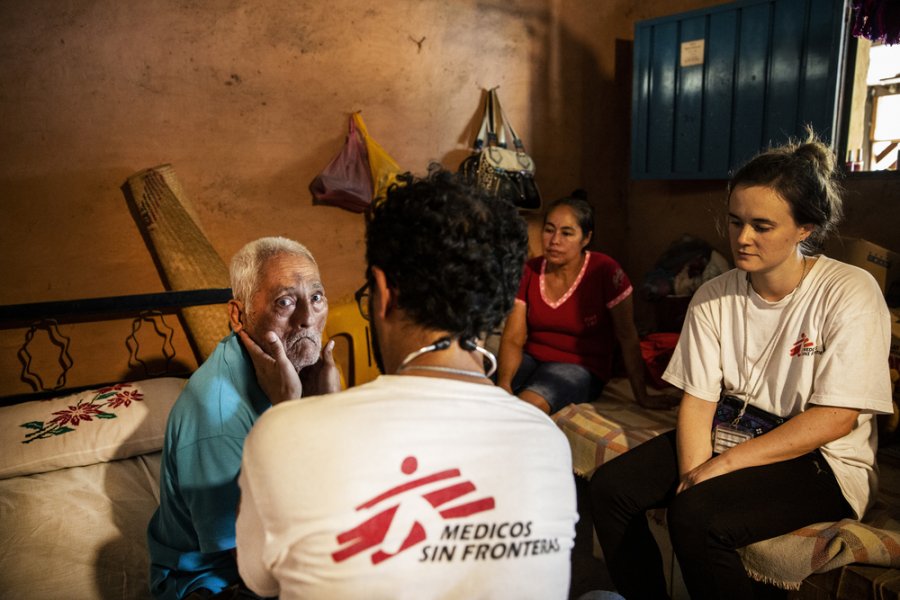 Juan Carlos Tomasi
One of the teams assigned to Costa Grande conducts a home visit for a patient.

These eight-person teams are made up of doctors, psychologists, nurses and logisticians/drivers and offer medical and psychological care. “Our aim is to arrive as soon as possible — within seven days of an event — in order to prevent the development of more serious pathological conditions, both physical and mental. When we arrive in an emergency situation, we might have to deal with injured patients in critical condition. In the case of mental health, we try to avoid a normalisation of emotions and pathological disturbances, which end up turning into anxiety or depressive disorders”, says Carlos Arias, the project’s medical lead. The services offered include monitoring of pregnant and post-partum women, family planning services, psychosocial support and specialised care for cases of sexual violence. “In Guerrero, we focus on responding to emergencies, making referrals to health centres or hospitals, offering mental health care and operating mobile clinics that, depending on the situation, can visit a population a couple of times, for two months, or up to six or seven times. Lastly, in Acapulco, we focus on providing care to victims of sexual violence.”

In 2018, the teams visited 26 communities affected by the violence. The vast majority of them were in the regions of Tierra Caliente, Norte and Centro in Guerrero. In 2019, they also started working in the region of Costa Grande and hope that the teams will be able to monitor the situation in most of the State of Guerrero throughout the year.