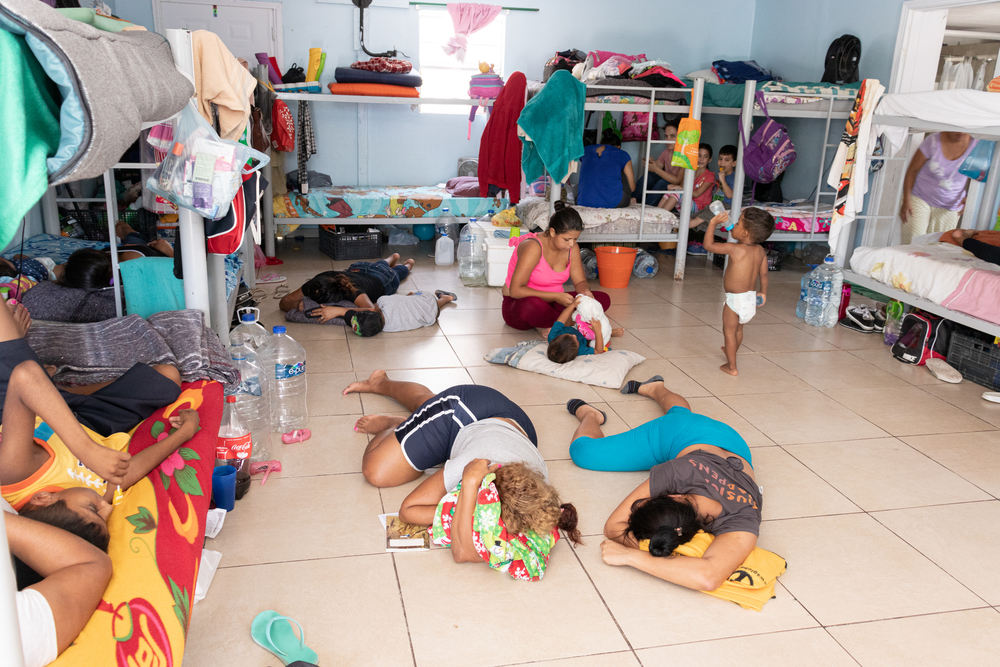 Mexico: Migrants are increasingly exposed to danger in the northern border

Various cities of the Mexican northern border, such as Reynosa and Nuevo Laredo,  with a high level of insecurity due to the organised crime and no capacity to deliver humanitarian assistance, have ironically become a forced point of transit for thousands of people seeking asylum in the United States due to their vulnerable situations. But, the health ─ and indeed the lives ─ of those people are being put at risk.  Médecins Sans Frontieres (MSF) is witness to the humanitarian impacts through our patients’ testimonies.

A cycle of violence

After fleeing the insecurity in the south of Mexico, people arrive in the north of the country thinking they are about to cross to the United States. Instead, they have to wait in dangerous border cities such as Reynosa, in northern Tamaulipas, where organised crime is rife. 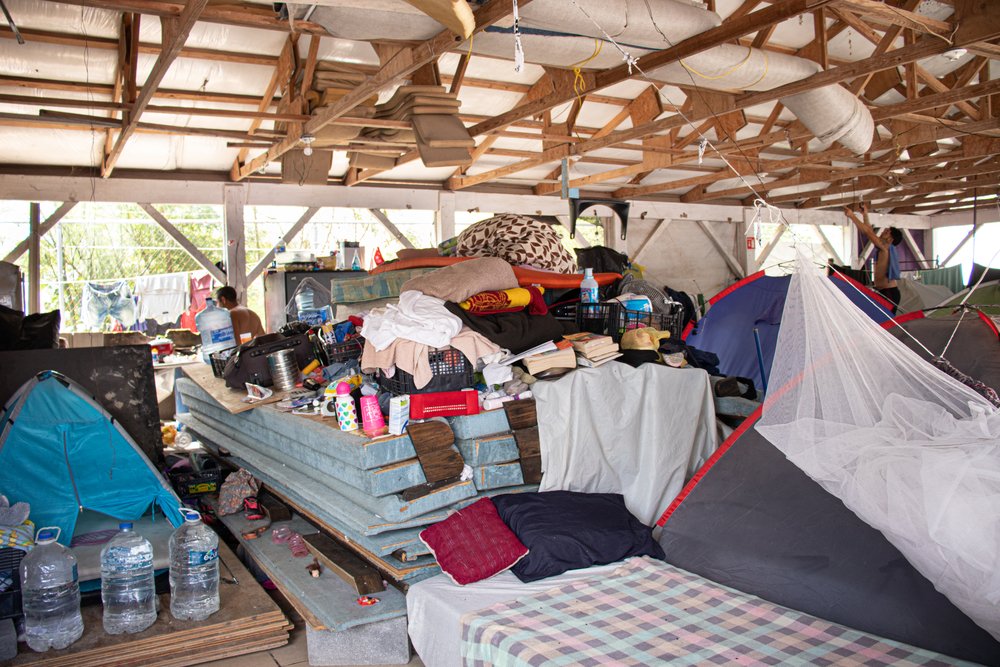 MSF/Arlette Blanco
A year ago, the only shelter providing assistance to the migrant population was almost empty. Today, that place, which can accommodate 180 people, has been forced to take in more than 400.

A year ago, the only shelter providing assistance to the migrant population was almost empty. Today, that place, which can accommodate 180 people, has been forced to take in more than 400. The same situation can be seen in other border cities such as Nuevo Laredo or Mexicali.

Since the beginning of 2019, the number of migrants arriving in Reynosa has increased exponentially. Between January and June, MSF went from carrying out 20 consultations each day to 35 in the Reynosa shelter. Over the same period, the health promotion team made a total of 1,366 referrals to medical and psychosocial services.

“We see women and men alone, but we also see many families arriving in a city that does not have any humanitarian capacities to receive them,” says Anayeli Flores, social support officer for MSF in Reynosa.

“They arrive in a highly vulnerability state, after encountering dangers along the Mexican migration route, such as kidnapping, extortion, sexual violence, unsafe transportation, as well as  damage to their mental and physical health.”

Flores says most people have to stay in hotels, apartments and houses in the highly insecure city due to the lack of space in the only shelter there.

“The patients we see tell us that they have been victims of extortion, assault and kidnapping attempts. They are in an insecure situation,” she adds.

Between June 2018 and June 2019, 45 per cent of the 2,315 mental health patients seen by MSF in Reynosa and Matamoros said they had been victims of violence along the migration route. Of those, 33 per cent had been physically assaulted and 19 per cent had been subjected to sexual violence.

No guarantee of protection

Since the “metering” policy was introduced by the government of the United States and implemented by the Mexican government, Tamaulipas has become a compulsory waiting point for asylum seekers.  The policy limits the number of asylum applications that can be made each day at a port of entry on the border of Mexico and the United States. This has a direct impact on people’s lives, as they are forced to stay in dangerous places where, every day, at least one gun incident takes place among criminal groups.

Since 2017, MSF has provided medical humanitarian assistance to victims of violence in the borderlands of Tamaulipas through a comprehensive healthcare project. Medical, psychological and social care is offered at different points along the border, including the General Hospital, the Senda de Vida Migrant Shelter, the Returnees Shelter Casa Guadalupe, Tamaulipas Institute of Migration and at a fixed clinic we run.

Since 2018, we have seen the need to extend our activities to Matamoros, a city an hour away from Reynosa, where we offer health services to the returnee population from the United States and to migrants and asylum seekers.

Most of the Mexican migrants forced to return to their country have families and jobs in the United States. For those reasons, they are willing to go back, even after being detained.

Mari*, a 27-year-old returnee, says she was subjected to the same inhumane situations while being detained.

“We slept on the floor. There were pregnant women, and little children who had been separated from their families,” she says.

Medical needs are visible. Most MSF patients have respiratory or stomach issues that could be the consequences of being held in cold, overcrowded spaces before being returned. In addition, MSF has witnessed mental health issues caused by what patients experienced in their countries of origin, along the migration route and during their deportation process.

MSF considers the current migration policies to be unacceptable as they are exposing people to high levels of insecurity and a lack of humanitarian attention. Reynosa and other cities in Tamaulipas state do not have the capacity to respond to the needs of migrants, asylum seekers and returnees.

Once again, MSF calls on the governments of Mexico and the United States to stop implementing migration policies that are putting people lives at risk, and to introduce measures that protect and guarantee humanitarian assistance for the thousands of vulnerable people who have fled their countries.