Mexico: Migrants from around the world are stranded in Reynosa, still waiting to find safety

Migrants from around the world—from Central and West Africa to Haiti—are stranded in Reynosa, a dangerous city on the Mexico-United States border. Between January and March this year, Doctors Without Borders/Médecins Sans Frontières (MSF) registered at least 150 people at the Senda de Vida shelter in Reynosa and provided 364 medical and 83 mental health consultations to migrants in the project.

The influx of people began in February last year, when groups of people whose lives were in danger from extreme political violence fled countries including Côte d’Ivoire, Guinea, Cameroon, Burundi, and DRC.

They crossed the Atlantic Ocean and arrived in Brazil, Chile, or Ecuador. 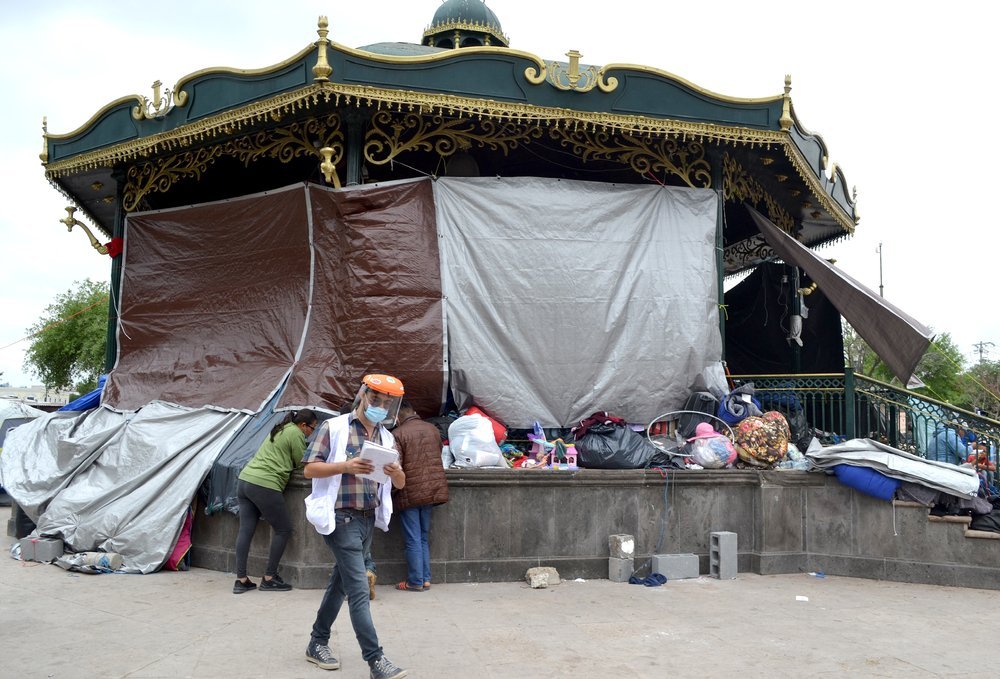 MSF/Clémentine Faget
MSF mental health teams working with deportees in psychological support groups in Reynosa have observed signs of complex trauma and depression in these patients.

There, exposed to greater risks, they traversed the continents by bus or on foot to the northern border of Mexico, arriving in Reynosa.

More than a year later, these asylum seekers are still waiting for an answer on their applications, which were put on hold by the US and Mexican governments using the COVID-19 pandemic as an excuse. 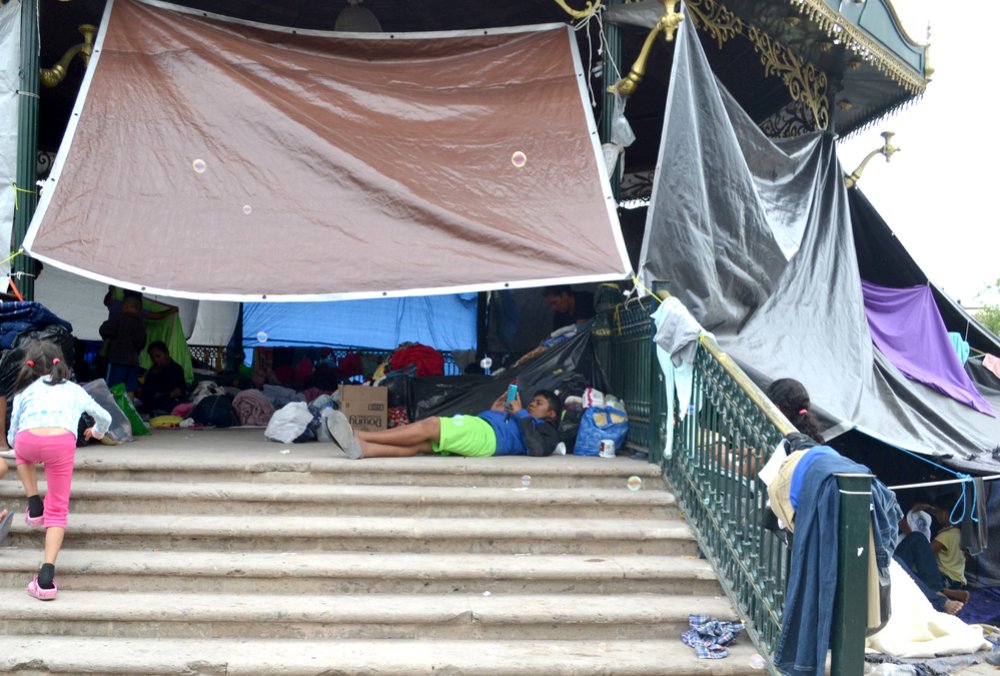 MSF/Clémentine Faget
Hundreds of people deported by the US to Mexico under the Title 42 policy - mostly women and children - are stranded in a public square in Reynosa, Tamaulipas, vulnerable to kidnapping and violence and going without basic necessities.

Many of these people left Reynosa out of desperation, putting themselves once again in harm’s way

They are seeking other ways to cross the border to be reunited with family members, to be in a safe place, and to move on with their lives. 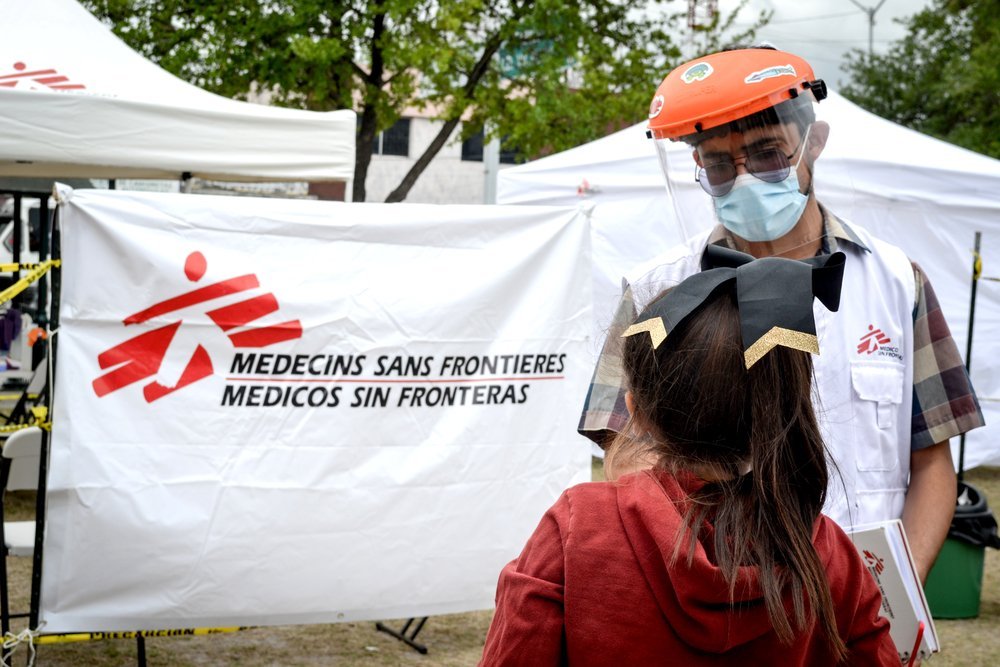 MSF/Clémentine Faget
For the past month, the no. of people deported to Reynosa has increased; as of a few days ago, there were approx. 400 people on the public square in Reynosa. Most are migrants who crossed into the U.S. and were deported to Mexico under Title 42.

Some Haitians have already been deported under Title 42—which expedites the removal of all people who entered the US irregularly, including those who applied for international protection.

Stories from those who are stranded

Jean Pierre*, Claire*, and Paul* awaited an answer on their applications for more than a year in Reynosa, but never got one.

Their stories represent just a handful of the hundreds of migrants who are still stranded today in various border cities across the continent, invisible, exposed to violence, and living in poor conditions with no access to health care.

Jean Pierre had to leave his home country because his life was in danger. He received political threats after trying to draw attention to corruption during a local election.

Pierre landed directly in Quito, Ecuador and made his way to Mexico on foot and by bus, facing different types of violence in each of the countries he had to cross. 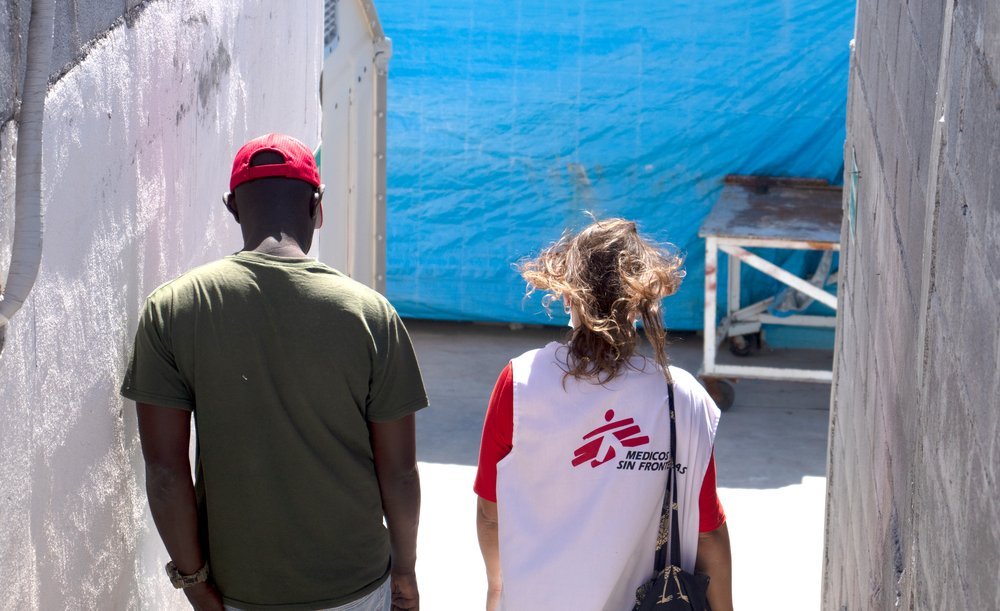 “Leaving Colombia shooters attacked us. They took everything we were carrying, even our clothes, but we managed to get out of that situation alive and reach Panama, where we were living in three camps," says Jean Pierre.

"After five months I was able to reach the border with the United States, and I have been waiting for more than a year to obtain asylum."

All I want is to feel safe

The young man first approached MSF after contracting a rare disease at the Senda de Vida shelter in Reynosa. 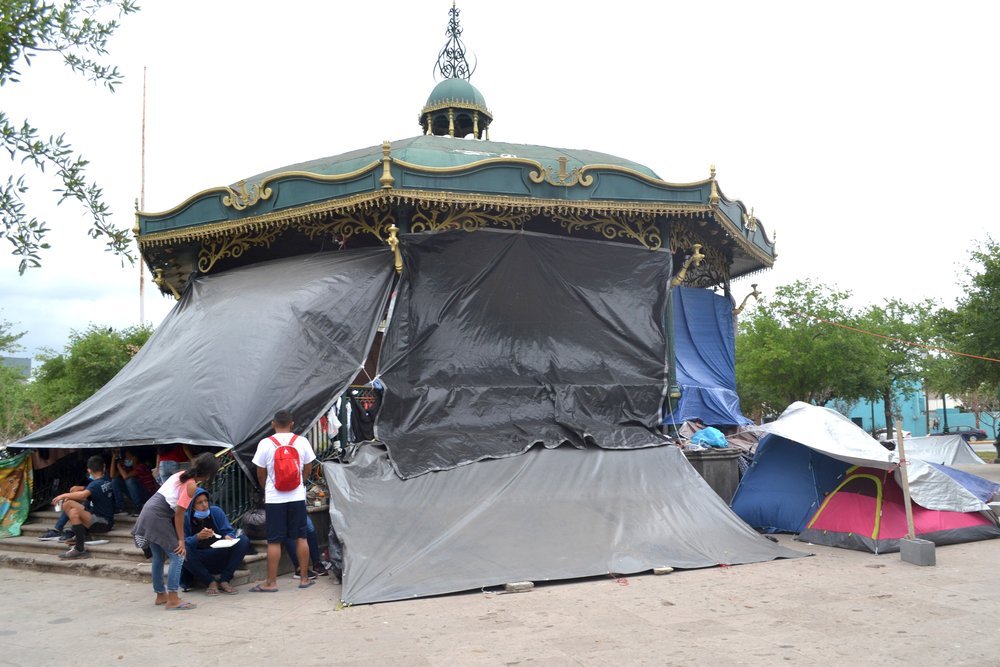 MSF/Clémentine Faget
Hundreds of people deported by the US to Mexico under the Title 42 policy - mostly women and children - are stranded in a public square in Reynosa, Tamaulipas, vulnerable to kidnapping and violence and going without basic necessities.

Through the medical and social work services, he was able to connect with specialists, but because of the pandemic, his medical examinations were not completed.

“Now all I can think about is my family, I want to get to a place where my life is not at risk so I can bring them with me,” said Pierre . 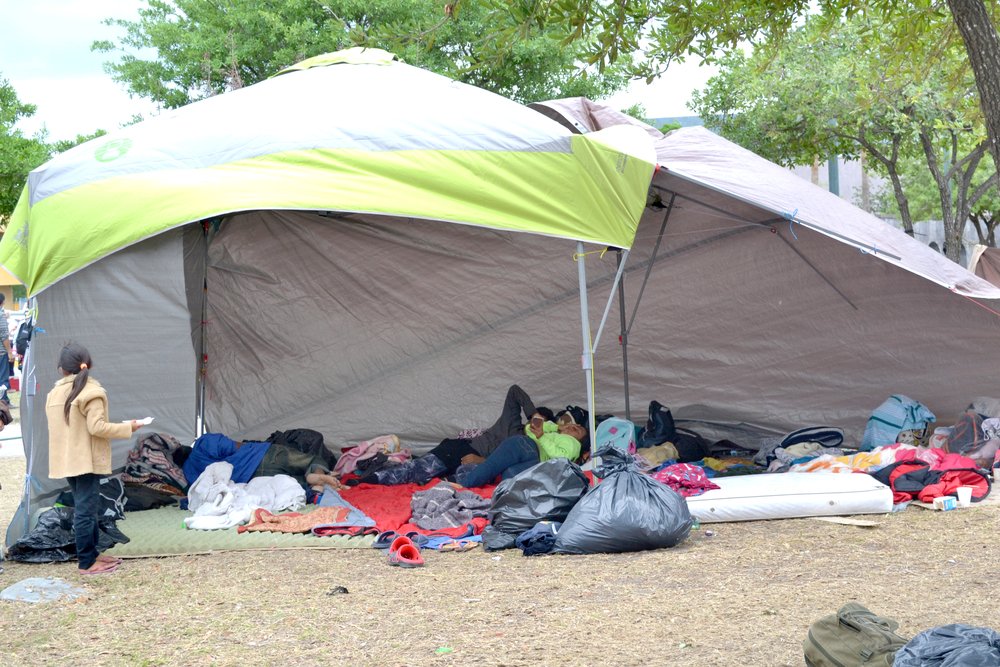 MSF/Clémentine Faget
Hundreds of people deported by the US to Mexico under the Title 42 policy - most of them women and children - are stranded in a public square in Reynosa, Tamaulipas, vulnerable to kidnapping and violence and going without basic necessities.

After leaving Haiti, Claire and her family arrived in Chile.

They were forced to leave their home country because they were protesting against the current government. 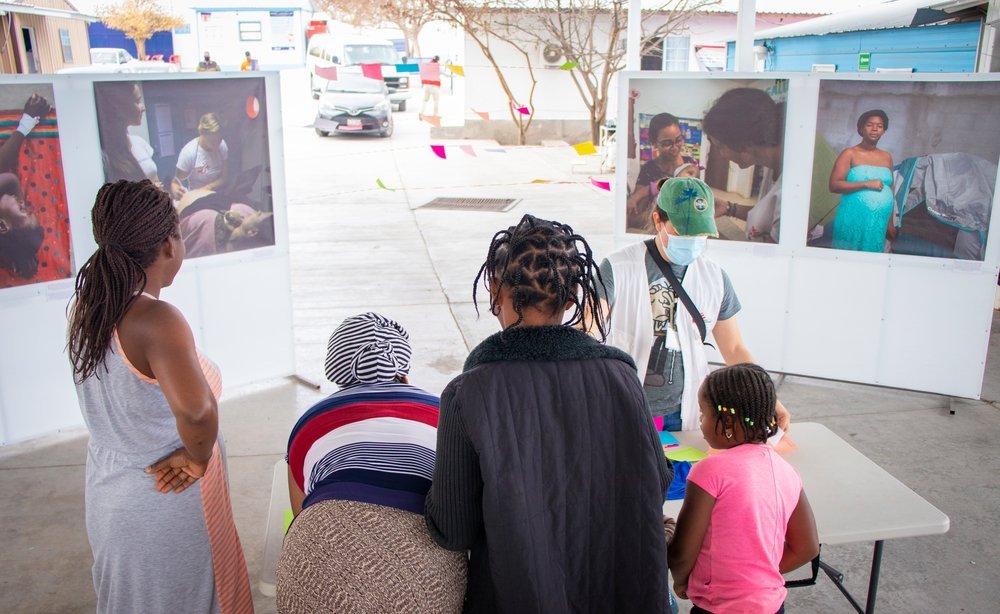 MSF/Cesar Delgado
Claire* and a group of migrant women in an activity during a health promotion activity in the shelter “Senda de Vida” in Reynosa.

As the harassment increased, she decided to leave with her family as soon as she could.

Upon arriving in Chile, she felt it was best to try and reach the United States in order to live a peaceful life.

She crossed Peru and Colombia. She walked for miles through Central America until she reached Tapachula, in southern Mexico. 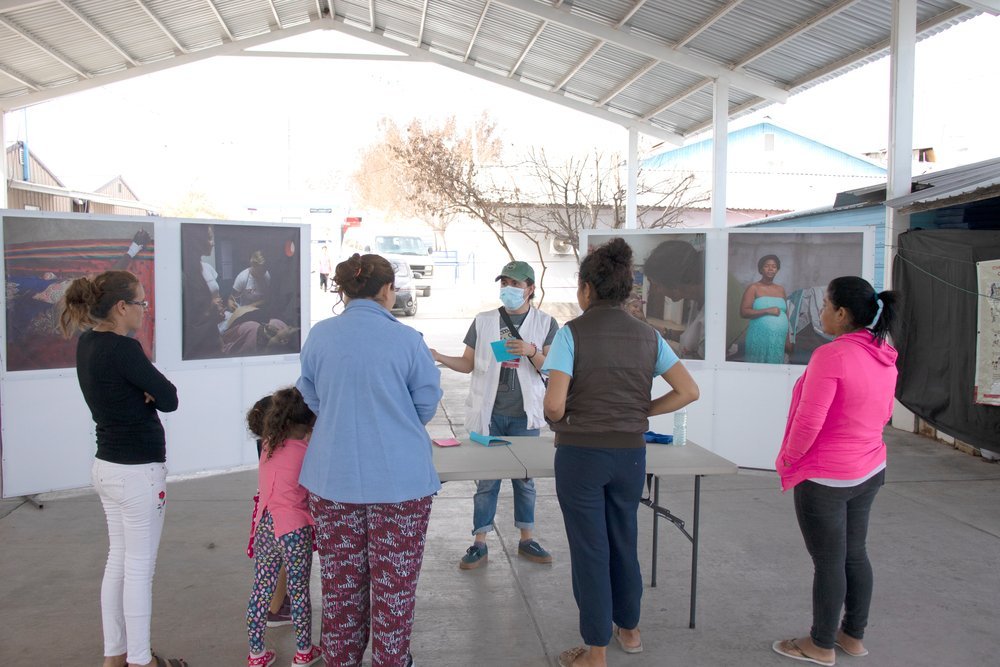 When she arrived in Reynosa, she settled in the shelter and was regularly examined by MSF medical staff.

“I was detained, I was assaulted, and yet I resisted so I could continue my journey until I got here,” said Claire.

In Burundi, Paul was imprisoned without trial. He managed to flee to Rwanda and from there to Brazil. He made his way up through Peru and became stranded in Panama.

After two months, he was able to reach Nicaragua and went north to Tapachula, in southern Mexico.

That was the journey Paul had to make from his home country after the military raided his house and raped his sister. 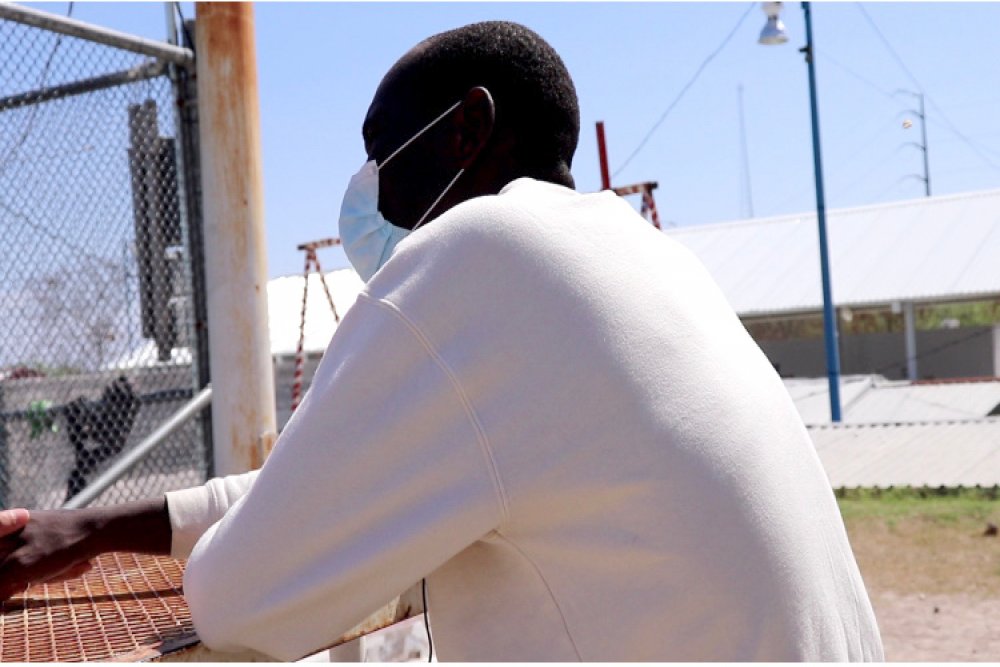 MSF/Cesar Delgado
Paul* during talking with an MSF employee in the shelter “Senda de Vida” in Reynosa.

After Paul finished university, he worked in the administration offices of Nongovernmental organizations (NGOs) and a hospital. Paul lived with his family and two children.

I want to have a normal life again, go back to work. I don't feel like I’m home here

“I want to go back and see my family and work there, but whenever I call home, they keep looking for me to hurt me. I'm afraid for myself and my children, so that's why I want to go to the US legally.” 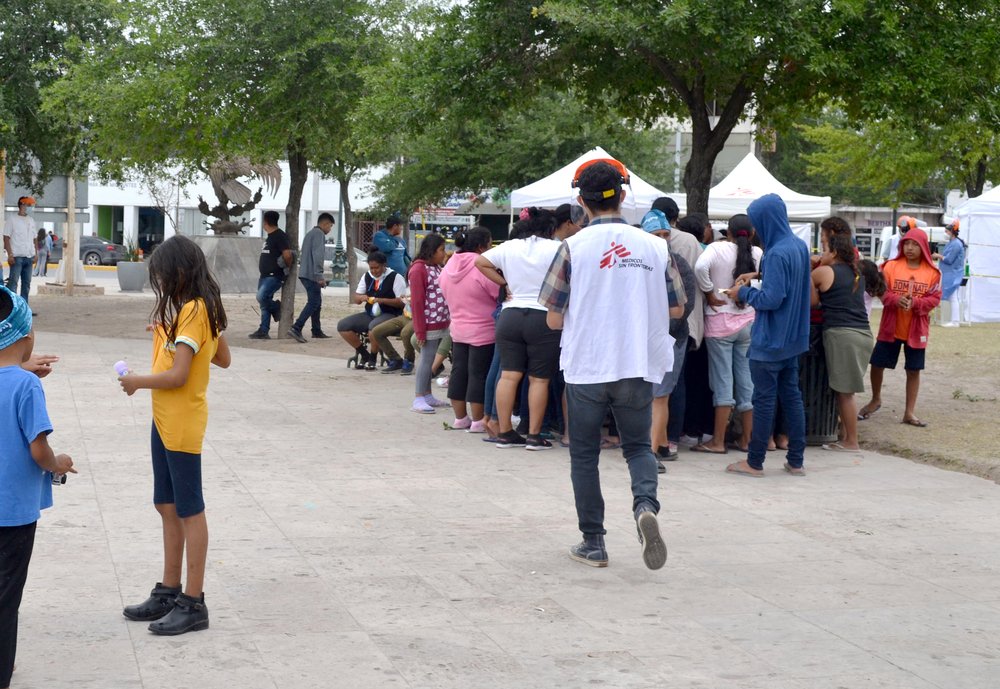 MSF/Clémentine Faget
Deportees report acute reaction to stress, psychosomatic symptoms, hypervigilance due to the insecure location, difficulty sleeping, and fear and anxiety related to their deportation or living in violent and unpredictable conditions.

Facing this long wait, many migrants like Paul develop symptoms of anxiety, stress, and depression that have worsened over time.

MSF is the only medical humanitarian organization that has psychologists available in the shelters.

“I want to have a normal life again, go back to work. I don't feel like I’m home here,” said Paul.

*Names have been changed to preserve the identity of the individuals.