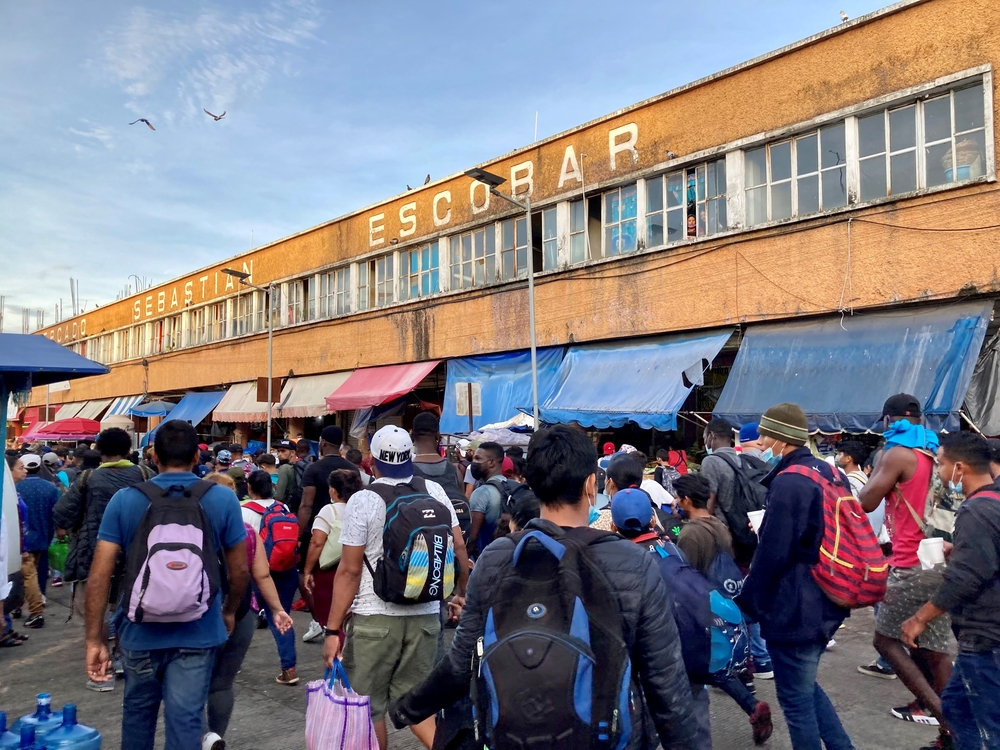 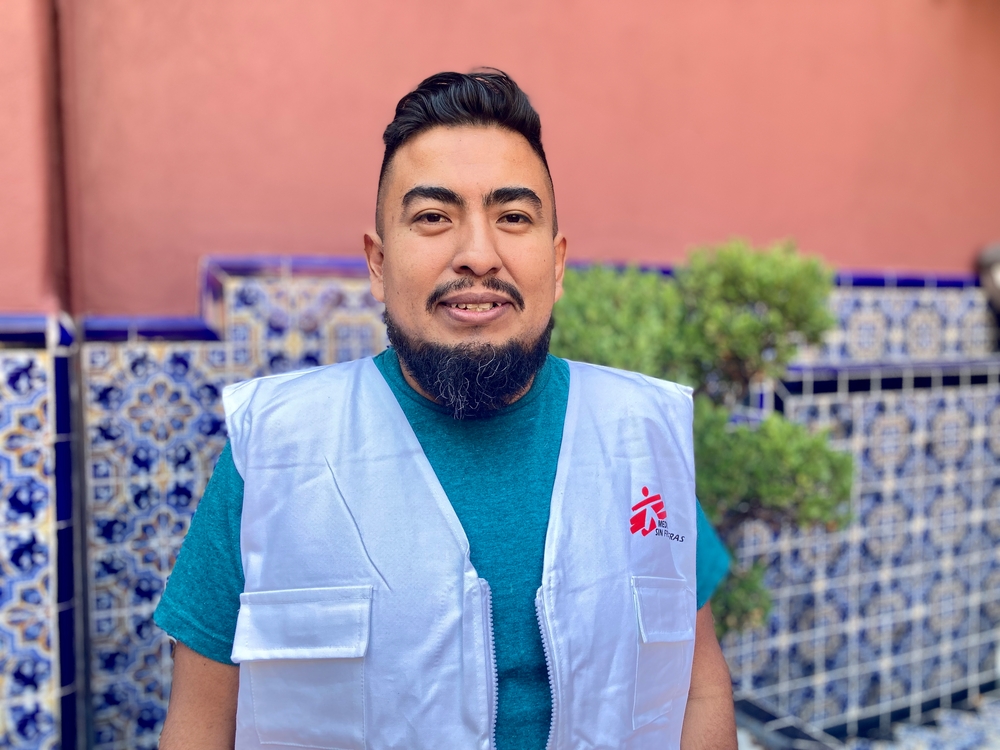 Mexico: Migrants exposed to violence cut off from healthcare

Around 30,000 migrants gather daily in Tapachula (Chiapas). They are a ‘floating population’, since thousands of people come in through this entry point every day in southern Mexico, and many others leave for the northern border.

The migrants here are not hard to spot, gathering in squares and parks, in exchange offices or at the Comisión Mexicana de Ayuda a Refugiados [Mexican Commission for Refugee Assistance] (COMAR), to obtain transit permits and continue their journey north.

Miguel Gil, a psychologist with Médecins Sans Frontières/Doctors Without Borders (MSF), who has 10 years of experience working with migrants, describes the situation in this city and the challenges our teams face here. 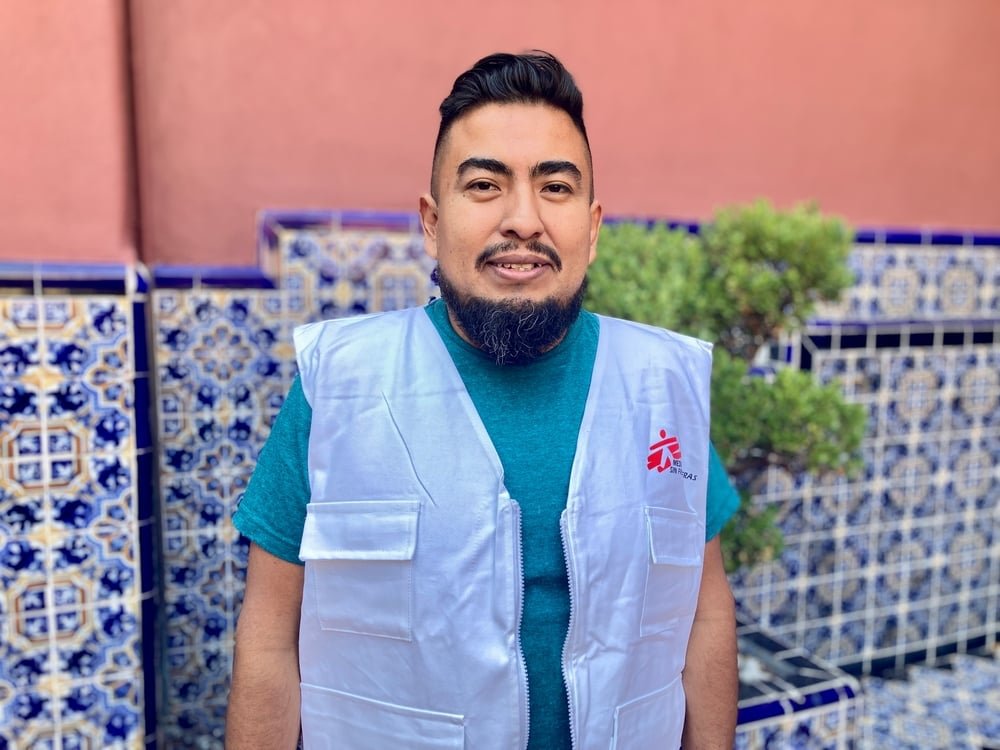 MSF/Yesika Ocampo
Miguel Gil, a psychologist with Médecins Sans Frontières/Doctors Without Borders (MSF), who has 10 years of experience working with migrants, describes the situation in this city and the challenges our teams face here.

What is MSF doing in Tapachula?

Initially, our mental health team visited shelters and other places to identify victims of extreme violence and torture who could benefit from our treatment that we provide in a MSF Center in Mexico, City . For one year, we have expanded our activities. In addition to caring for victims of torture or extreme violence, we also provide mental health care for migrants and care for victims of sexual violence. To date, we have assisted 173 people. Our team is made up of six psychologists, two doctors, two social workers, a psychosocial community involvement agent, a mental health supervisor and a team leader.

What are conditions like for migrants in the city of Tapachula?

The municipality does not have sufficient capacity to assist the people here. There are no spaces or basic services. There are shelters run by other organisations, but they aren’t able to care for so many people, and there is a lack of access to healthcare in general. We are the only organisation who offers specialised healthcare for migrants who have been victims of violence or torture.

"Our team is made up of six psychologists, two doctors, two social workers, a psychosocial community involvement agent, a mental health supervisor and a team leader."

In the city, there are specific areas where people stay based on their nationalities. There are migrants everywhere here, and they mainly live on the streets. The majority of people are Haitians and Hondurans, while the number of people from Venezuela has recently grown significantly. They tend to advance faster through small caravans to avoid arrest and deportation.

What are the most common symptoms your patients have?

People who suffer from extreme violence have very critical symptoms. The main ones we see are post-traumatic stress, acute depression and anxiety. Some of our patients don’t want to continue living. We have patients who have been victims of rape and others who have been injured with firearms. Some have been mutilated while others have witnessed the murder of family members.

To give some scale to the level of severity of the symptoms we see; I can safely say that I have never cared for so many people with suicidal ideation as I have here. Just in the month of August there were three cases.

In addition, there are other factors that aggravate these symptoms, such as the lack of access to humanitarian assistance, which also affects people emotionally. Changes in immigration policies also have an impact on mental health, as well as uncertainty and rejection. 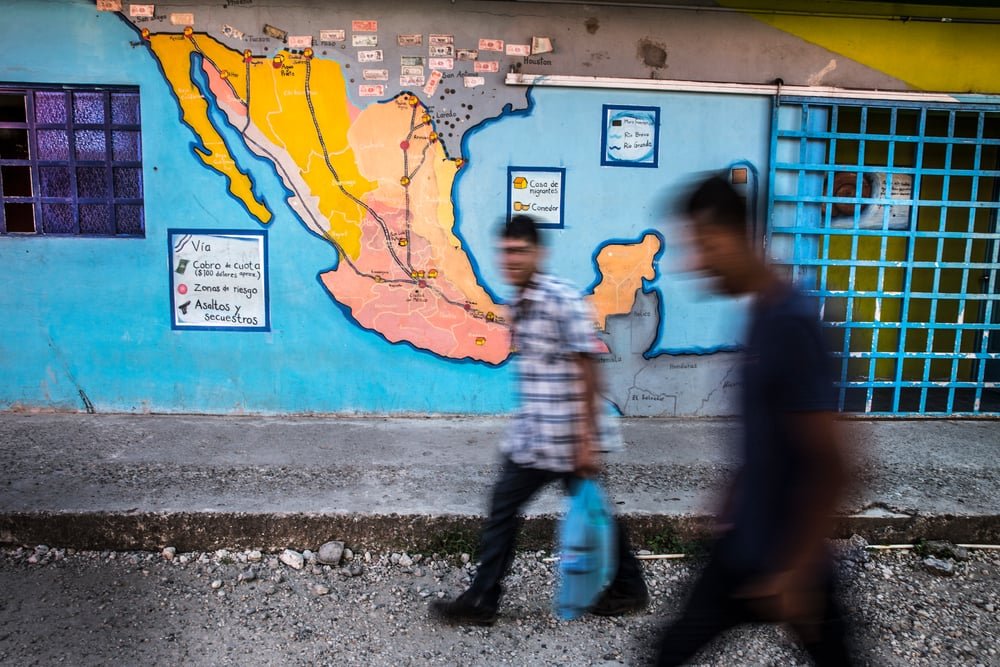 Juan Carlos Tomasi
MSF works in different shelters all along the Mexican routes to the north of the country.

Access to healthcare for migrants is not guaranteed – much less when it’s mental health. It is still very restricted in health centres and migrants are sometimes discriminated against. The reality is that there are certain services or medicines that are denied to specific people because they are migrants.

We have cases of psychiatric patients who are at risk, and access to public healthcare for them does not exist. This lack of specialised care also applies to local people. The only psychiatric hospital is in Tuxtla Gutiérrez – more than four hours from here.

There are women who need prenatal monitoring but who don't have access. Hospitals do not take responsibility for surgery materials either. We have documented cases of obstetric violence. Many patients have told us that they were denied care or were not treated with respect.

What is the procedure for patients who have suffered torture?

The most complex cases are sent to the Comprehensive Care Centre in Mexico City, where our team made up of medical, mental health, physiotherapy, and social workers provide specialised multidisciplinary care to migrants, refugees, and Mexicans who have been victims of extreme violence and torture.

What does it mean for you to be part of this project?

I feel like I’m doing my bit. Managing to make effective referrals, achieving access for patients and guaranteeing their health; these are the most satisfying things for me. Serving people who have been forgotten about.

I think that of the 30,000 migrants from Tapachula, five per cent of them have suffered extreme violence. In my opinion, what these people need from us, as human beings, is empathy.

The last patient I saw with suicidal ideation said to me, “I'm telling you because I see you as a father.” That really touched me.

"I think that of the 30,000 migrants from Tapachula, 5% of them have suffered extreme violence. In my opinion, what these people need from us, as human beings, is empathy."

We have to educate the local people here and help them to understand the stories of those who have suffered so much. Many of the parents, grandparents or great-grandparents of Tapachula were once migrants, too, so perhaps they can understand their struggle.

Unfortunately, crises continue, forcing people to leave their homes and seek shelter. The violence and cruelty they experience in their own countries and on the road continues. Over the years, since we've been carrying out the migrant care project in Mexico, the situation has not improved, it has only deteriorated. The cases of extreme violence and torture that we handle are just the tip of the iceberg.