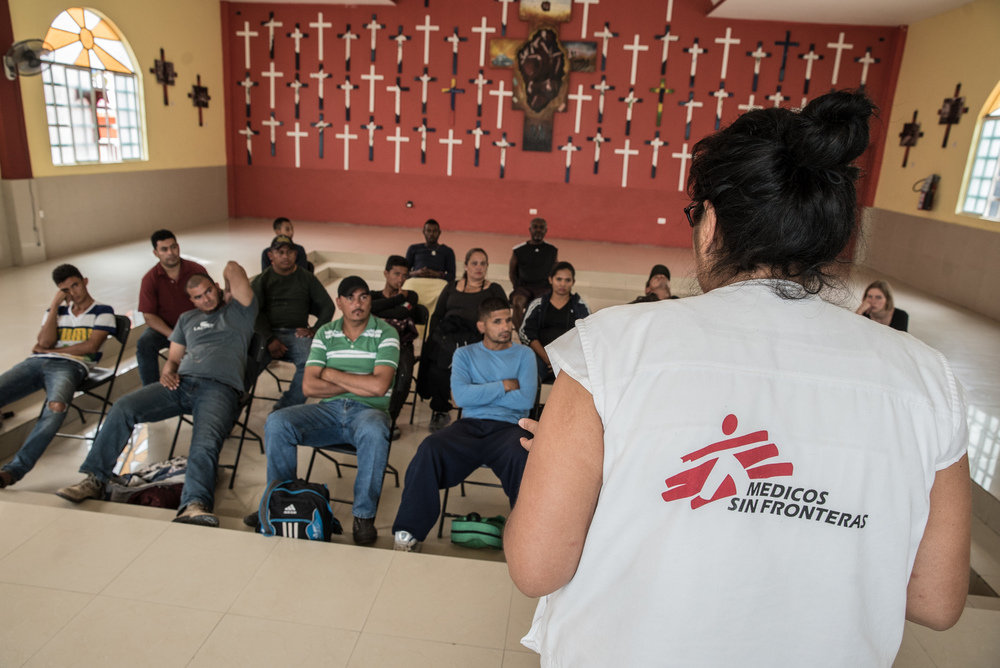 Mexico: No way to safety for people fleeing extreme violence

Central Americans, forced to flee devastating violence in Honduras, Guatemala, and El Salvador are re-victimized along the migration route to the United States and Mexico. 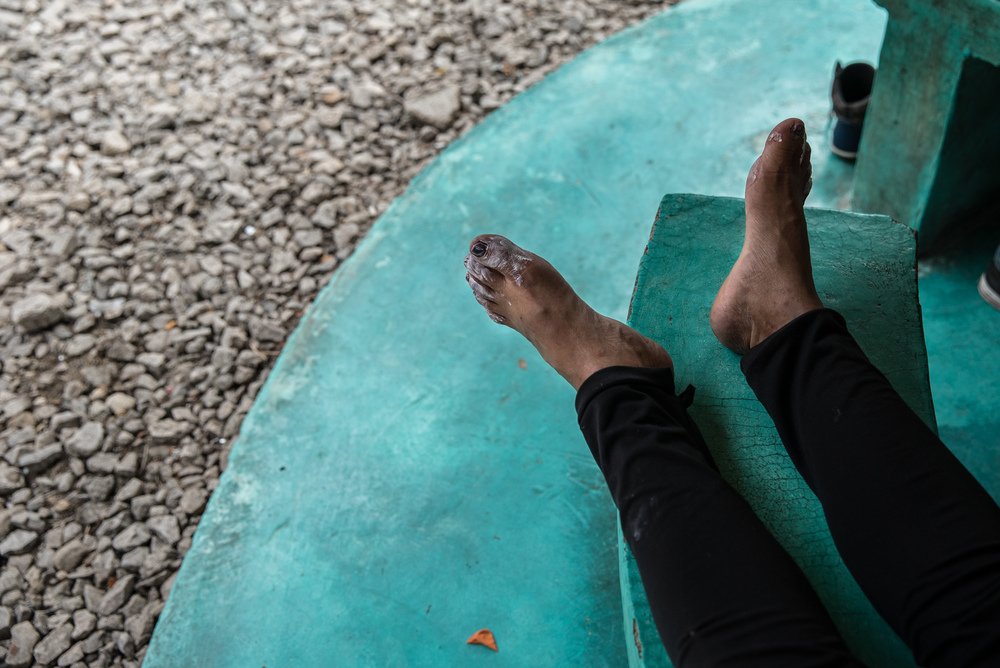 Marta Soszynska/MSF
Gloria rests her feet covered in blisters after she and her husband William walked more than 60kms in the forest from the Guatemalan border.

These populations lack comprehensive access to medical care and are forced to contend with more violence along the route and aggressive deportation policies that disregard their need for assistance and protection. 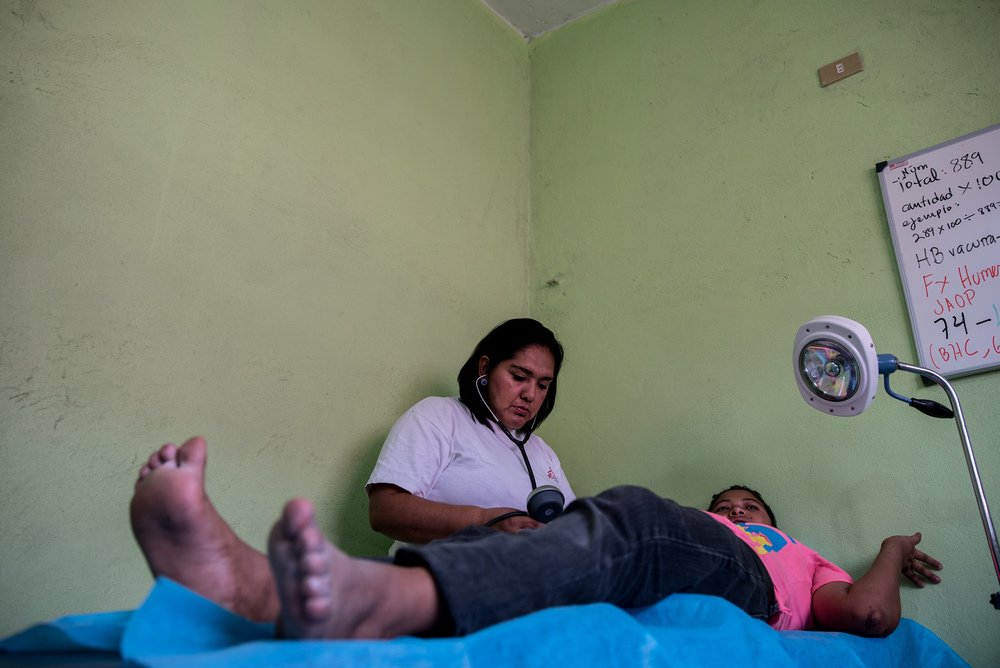 “The unrelenting violence and emotional suffering endured by a significant number of people on the move from the Northern Triangle of Central America, is not unlike what is experienced by people in the conflict zones where we have been working for decades,” said Bertrand Rossier, MSF’s Head of Mission in Mexico.

“Murder, kidnappings, threats, recruitment by non-state armed actors, extortion, sexual violence and forced disappearance—these are the realities of war and conflicts also faced by people in this region of Central America.”
bertrand rossiermsf head of mission in mexico

Yesterday´s report, “Forced to Flee from the Northern Triangle of Central America, a Neglected Humanitarian Crisis”, presents two years of medical data, patient surveys and testimonies gathered by MSF teams through direct medical attention. The report illustrates the extreme level of violence experienced by people fleeing the NTCA, and the need for greater care and protection of people along the people migration and refugees route.

Of the 467 people interviewed by MSF, 39.2% mentioned direct attacks or threats to themselves or their families, and extortion or gang-forced recruitment as the main reasons for fleeing their countries. 68.3% reported being victims of violence during their transit in Mexico.

In total, 92.2% of migrants and refugees seen by MSF mental health teams in 2015 and 2016 had lived through a violent event in their country of origin or during the route. Furthermore, MSF’s report shows that access to comprehensive health care, treatment for sexual violence and mental health services along the journey is limited or non-existent. 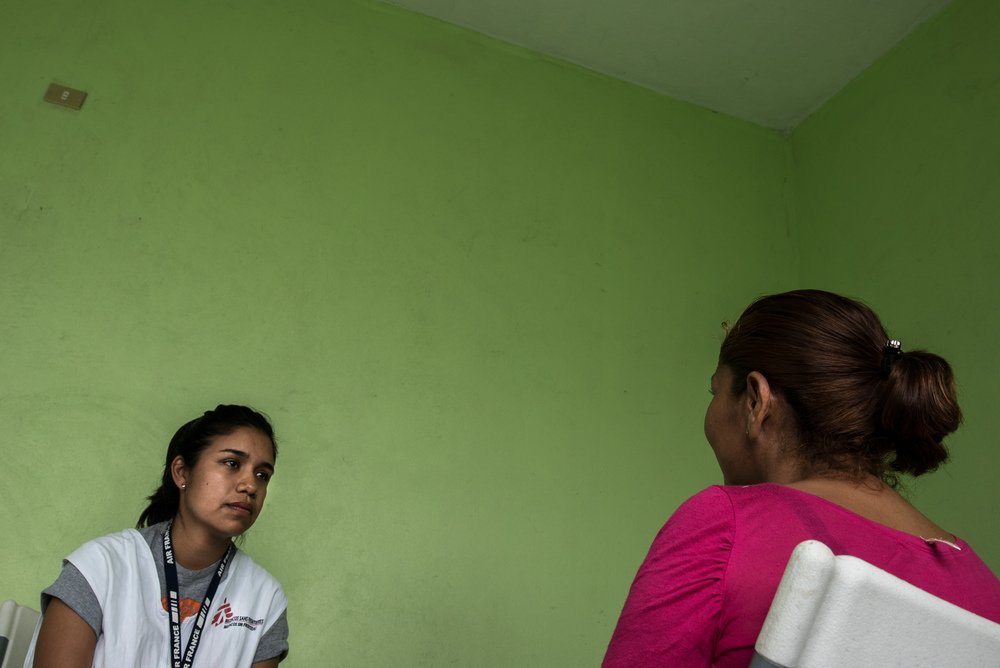 Marta Soszynska/MSF
MSF psychologist Nadia Rivero, during a session with one of her female patients, a victim of domestic violence in Honduras.

“It’s the fourth time that I tried to cross through Mexico, but this had never happened before. This time, I came with my neighbour, and we were both sequestrated by a group of delinquents. The worst part is that they were Hondurans too. The federal police was their accomplice, and each one of us was handed over to gang members. I was raped. They put a knife on my neck, so I did not resist. I am ashamed to say this, but I think it would have been better if they had killed me.”

Despite facing some of the worst violence in the world today, migrants and refugees from the NTCA region are still mostly treated as economic migrants by countries of refuge such as Mexico or the United States. People forced to flee violence from the NTCA have limited access to asylum status in the US and Mexico despite the existing needs and legal framework.

“While there are certainly people leaving these countries for better economic opportunities, the picture that emerges from our report is one of the terrorised vulnerable people running for their lives and those of their families” said Bertrand Rossier. “Attempts to stem migration by strengthening national borders and increased detention or deportation, as we have seen in Mexico and in the US, ignore a genuine humanitarian crisis and do not curb smuggling and trafficking. These strategies have devastating consequences on the lives and health of people on the move.” 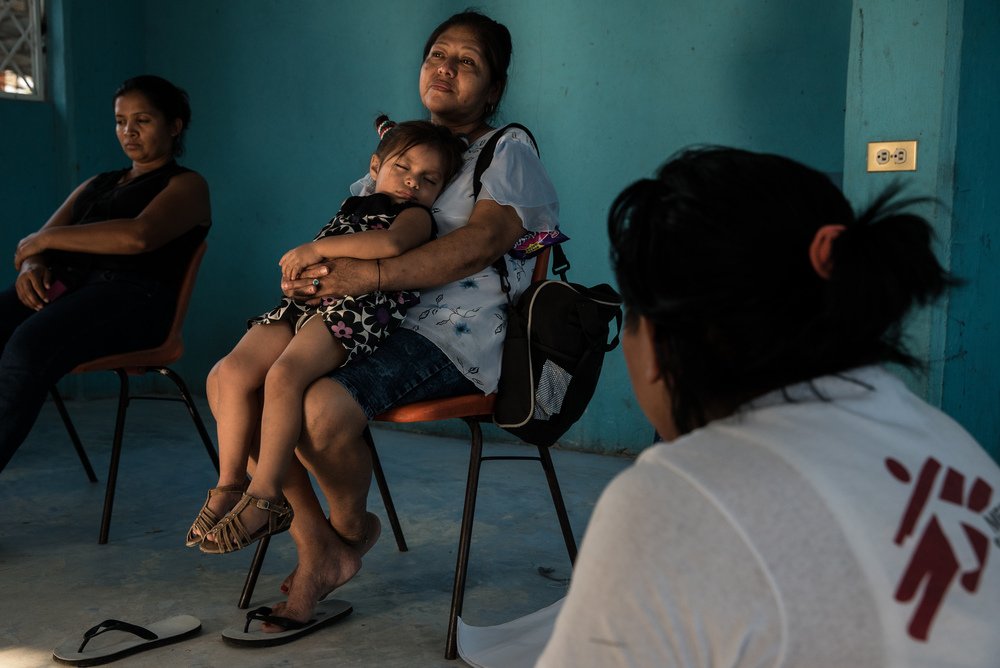 Marta Soszynska/MSF
A woman rests with her granddaughter during an MSF support session for women in the Tenosique migrant shelter.

MSF calls on governments across the region—mainly El Salvador, Guatemala, Honduras, Mexico, Canada and the US – to ensure better alternatives to detention and adherence to the core non-refoulement principle. These countries should increase their formal resettlement and family reunification quotas, so that people from the NTCA in need of international protection, including asylum, can stop risking their lives and health. 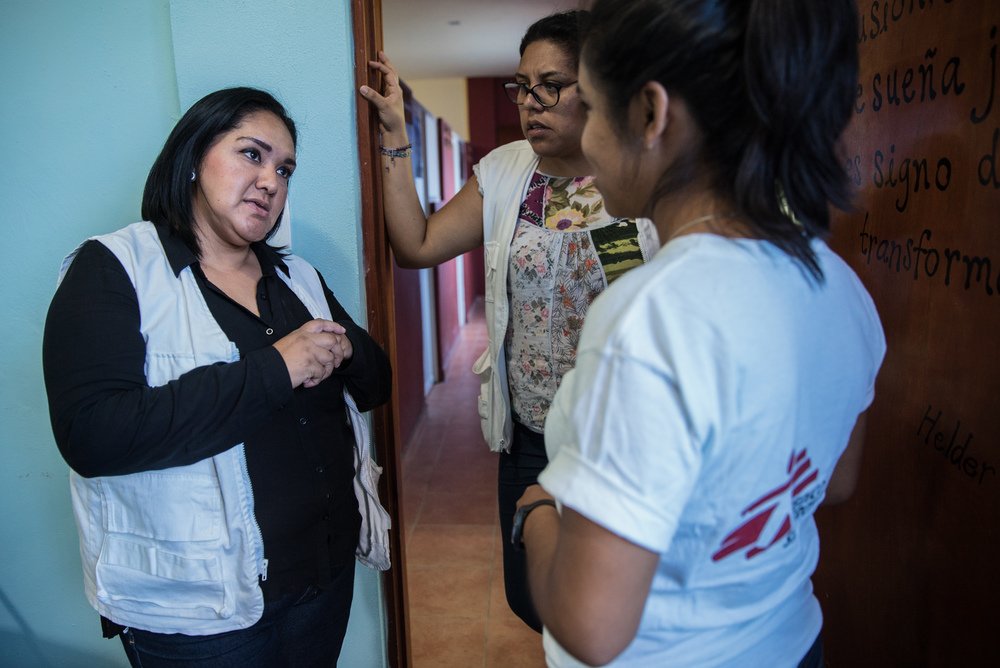 “The plight of people on the move from NTCA shows a failure of the international migration and refugee humanitarian assistance and protection system,” said Rossier. “To play on public fears and merely view these people as a security or an economic issue is short sighted. This is a humanitarian crisis and MSF calls for urgent, coordinated action to ensure that people on the move are safe from violence and persecution, are welcomed with international protection rather than with more violence, and overall treated with dignity and humanity.”