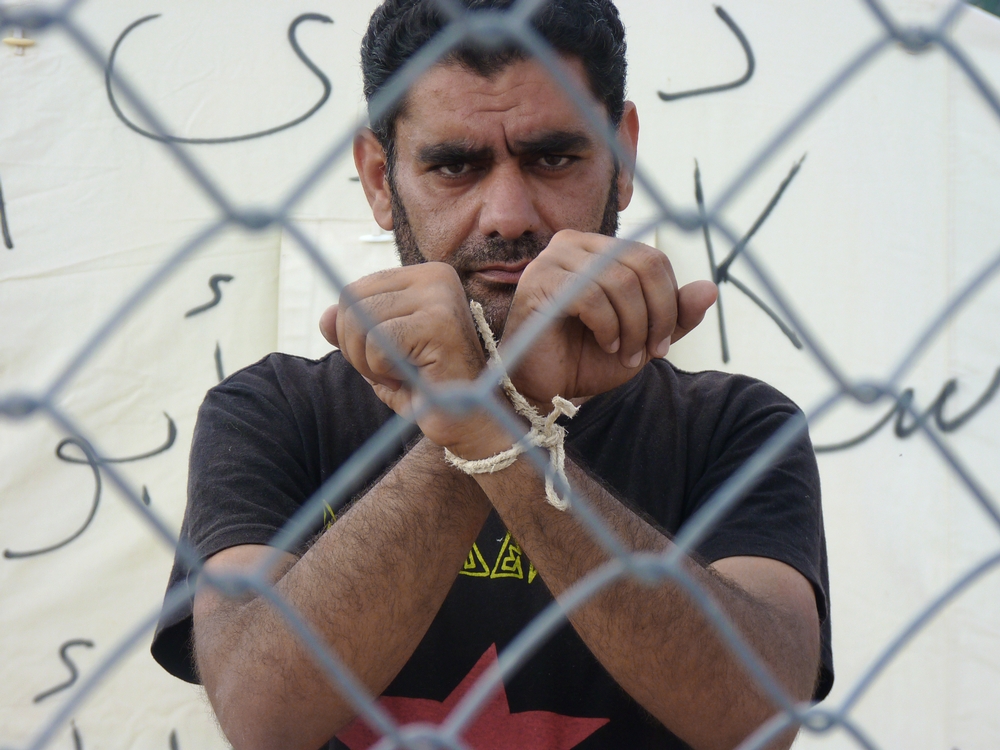 Thank you for being here today, and for gathering to address the challenges of migration.

This is not an issue countries can deal with in isolation.  It must be tackled collectively, and—crucially—humanely.

Last week MSF was forced to stop search and rescue operations in the Mediterranean Sea. A concerted, sinister campaign of legal challenges and administrative obstacles, means the ship we were working aboard—The Aquarius—is no longer authorized to leave port, let alone rescue people at risk of drowning in the Mediterranean.

With the sabotage of the Aquarius, gone is the most basic humanitarian and legal commitment: saving lives at sea.

Last week,15 people stranded in a boat off the Libyan coast died of thirst and starvation. How many may be similarly dying or drowning, without anyone even aware?

Citizens and mayors around Europe have mobilized to receive rescued people and to show their humanity. Meanwhile, European governments have refused to provide search and rescue capacity, and – worse – have actively sabotaged the efforts of others to save lives.

Whether states choose to endorse this compact or not, they are bound by national, regional, and international law. This compact is based on existing responsibilities, that prohibit treating people like commodities, wherever they are. Regardless of why people left their place of origin, they need protection from violence and exploitation.

Across the world, tens of millions of people are on the move. They will not just disappear.

From the borders of South Africa and Mexico, to the shores of Malaysia, Indonesia and Europe. From Libya, to Nauru, to the Red Sea: MSF medical teams come face to face with the brutality of current migration policies. 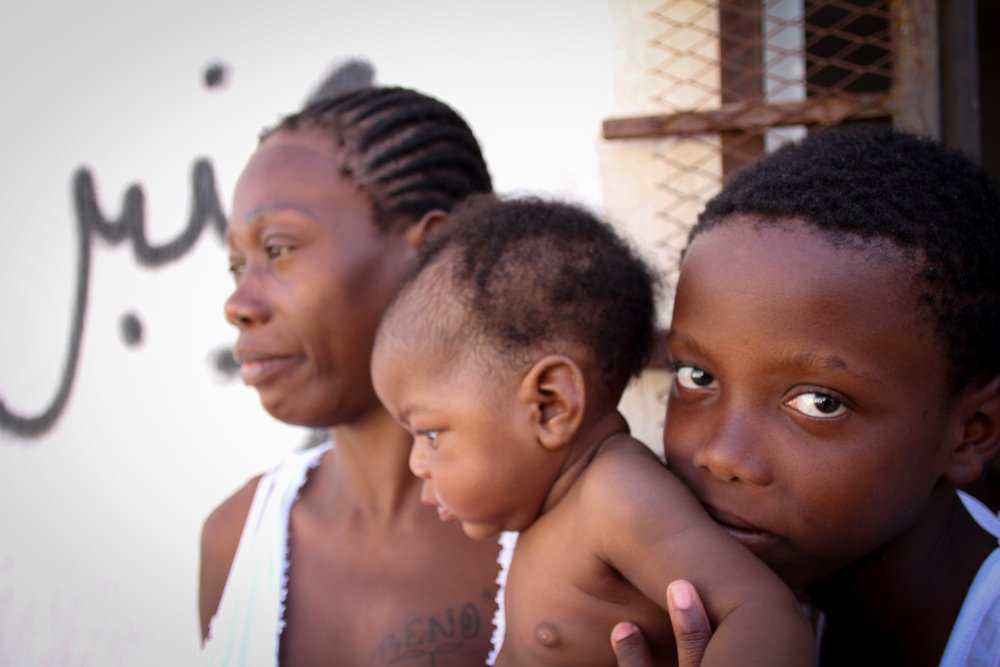 We are shocked by the scale of the violence and suffering inflicted upon people: those trapped in legal limbo by state restrictions; those trapped in arbitrary detention; those abused by traffickers.

These official policies are deepening the suffering of millions.

Whether these policies are simply ill-informed, or are the manifestation of deliberate collusion with corruption and criminality, the result is the same: they fail to stop migration -- and they kill people.

As international president of Médecins Sans Frontières, I’ve witnessed harrowing scenes. Some of them were in detention centres in Libya last year. Desperate people, packed into filthy rooms, trapped, and robbed of any hope.

Men and women spoke of extreme violence and exploitation endured during their journeys. Women spoke of being raped and then forced to call their families to beg for money. Unaccompanied minors and pregnant women, locked in basements without medical care. Tears in their eyes; begging for their freedom.

And despite prominent media coverage, even as we meet here today, victims of this appalling violence are still being detained in Libya  - in official detention centres, and in clandestine jails which we cannot access.

Between January and October this year, the Libyan coast guard returned more than fourteen thousand refugees and migrants trying to flee across the Mediterranean. Back to Libya. That means men, women, children—survivors of torture and ruthless exploitation—returned to detention centres where basic human rights are non-existent, and abuse is rampant.

We see the contradictory behavior of European governments and the EU: while officials admit that people should not be sent back to Libya, they conspire against search and rescue. They formulate policies  and train and equip coast guards to force people back.

A few weeks ago I was in Mexico and Central America, where people flee violence and threats at home, only to enter a nightmarish cycle of exploitation and abuse.

The people there know of the suffering they will experience as they take to the road. But even the knowledge of such risks does not deter them.

Women and girls seek contraception because they simply expect to be raped during their journeys. People are forced to choose between the violence of home, and the distant possibility of a future with hope.

In Mexico, 68 percent of the migrant population cared for by MSF report being victims of violence during their transit towards the United States. One third of the women reported being sexually abused. A quarter of MSF medical consultations for migrants and refugees in Mexico are related to physical injuries or intentional trauma.

It’s the same story everywhere that people are on the move.

Extreme violence or desperation at home makes the inherent, horrible risks that accompany fleeing worthwhile.  It is the survivor’s choice, which no one should ever have to make.

In October, MSF was given 24 hours to leave the island of Nauru, abandoning many people in the grip of mental health crisis. Of the refugees and asylum seekers we cared for on Nauru, 30% had attempted suicide, and 60% had considered it.

In Lesvos, Greece, a quarter of the children attending our group therapy sessions have self-harmed, had suicidal thoughts or have attempted suicide. For more than one year our teams have spoken out about the ongoing mental health emergency - but nothing has changed for the better. 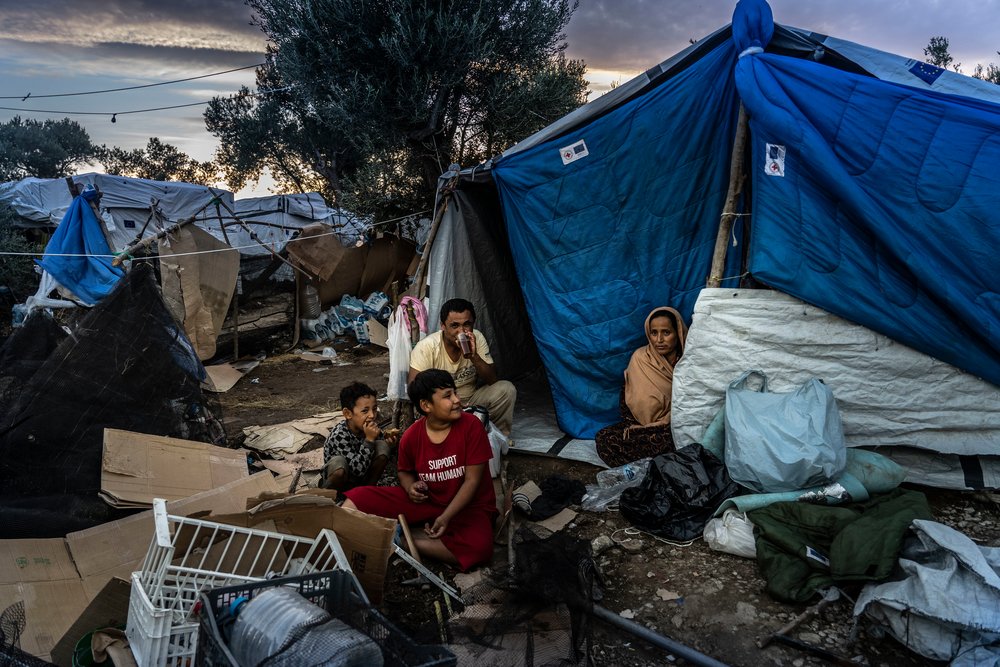 This Compact has been placed at the centre of a heated political debate, which has overlooked the human lives at its core.

We see campaigns to criminalize and dehumanize those fleeing violence and poverty, portraying them as some kind of virus, to be feared and contained.

Let’s be clear, current policies are pushing people on the move into abuse and exploitation. Held in arbitrary detention, abused by traffickers, sexually assaulted, trafficked into forced prostitution.

For all of us, saving lives is not a crime. Assisting people in need is not a crime. Yet, across the world, our medical projects are met with bureaucratic obstacles, legal harassment, and even violence. Those seeking to help people on the move have been smeared, bullied and threatened.

Despite this, many individuals and communities across the world are taking a stand for humane policies– and taking action to reduce the suffering. We’ve seen people who open their doors and welcome migrants into their homes. We’ve seen them organize communal kitchens to feed those on the move. Mayors are offering support in their towns.

We urge you, please do not give up. We need your support and your action is crucial.

MSF will welcome a compact that puts people at its heart. A compact that alleviates the great suffering that current policies have created.

We cannot be blind to the violence endured by those on the move. We cannot ignore their despair. We cannot pretend we don’t know what is happening.

As government representatives, you can—and must—act.

Lives depend on it.