More than 1,100 children have already been treated in the new MSF project in Niafounké since project opening last year

30th May, 2022- Since Médecins Sans Frontières (MSF), in collaboration with District Health Authorities, launched activities in Niafounké in June 2021, teams have provided more than 1,100 children aged 0 to 15 with in-patient healthcare at the local referral health centre. In addition, more than 2,200 outpatient medical consultations have been carried out by community health teams for people affected by insecurity in the Gourma area of Timbuktu. 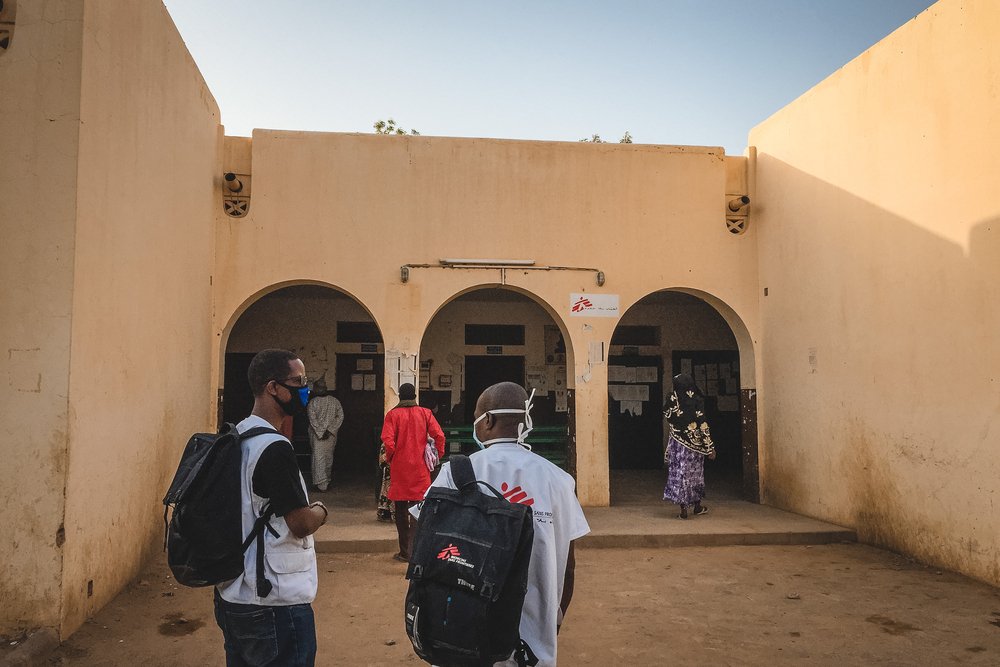 Lamine Keita/MSF
MSF has been working in the pediatric ward of Niafounké hospital in northern Mali since 2021. (March, 2022).

The project provides free care for sick children aged 0 to 15 in the paediatric ward of the Niafounké referral health centre, where paediatric pathologies are treated free of charge: malaria, malnutrition, diarrhoea, respiratory problems, and others. 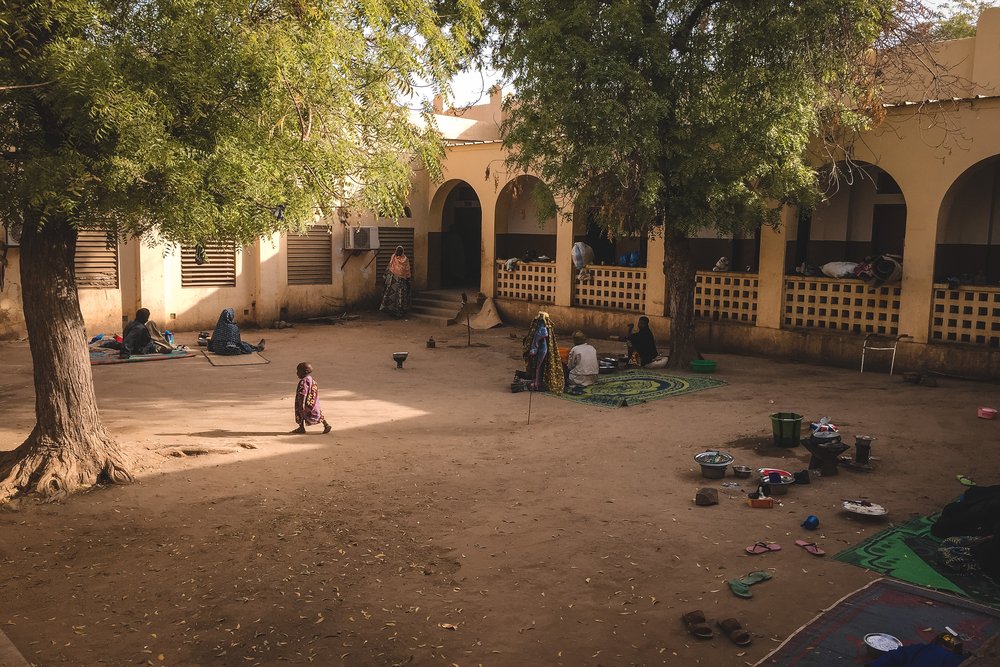 Sick and severely malnourished children are also treated in the intensive nutrition unit and sick newborns are treated in the hospital's neonatology unit. In total, 1,152 children were treated by our teams in the referral health centre, including 514 admitted to paediatrics, 350 treated for malnutrition and 288 for malaria. In addition, 501 blood transfusions were performed.

"In addition to these activities, we have also launched community-based activities in four nomadic sites in the Gourma area of Timbuktu," said Dr Junaid Khan, MSF Head of Mission. "The aim is to provide essential curative and preventive care through fixed health huts for these communities who have difficulty accessing health care. In just three months, more than 2,249 medical consultations have been carried out since the project opened last year.”

"In just three months, more than 2,249 medical consultations have been carried out since the project opened last year"

"Currently, the intensive care teams receive an average of 15 children with severe acute malnutrition suffering from complications each month. This situation is due to the security context, which prevents farmers from growing enough food,” said Dr Souleymane Cissé, head of the paediatric unit at Niafounké hospital. “Added to this is the low purchasing power of the population."

"We fear that the rate of malnourished children will be high in the coming months, given this year's poor harvest, the insecurity that complicates people's access to health services, the soaring prices of basic foodstuffs and the scarcity of certain nutritional products on local markets." 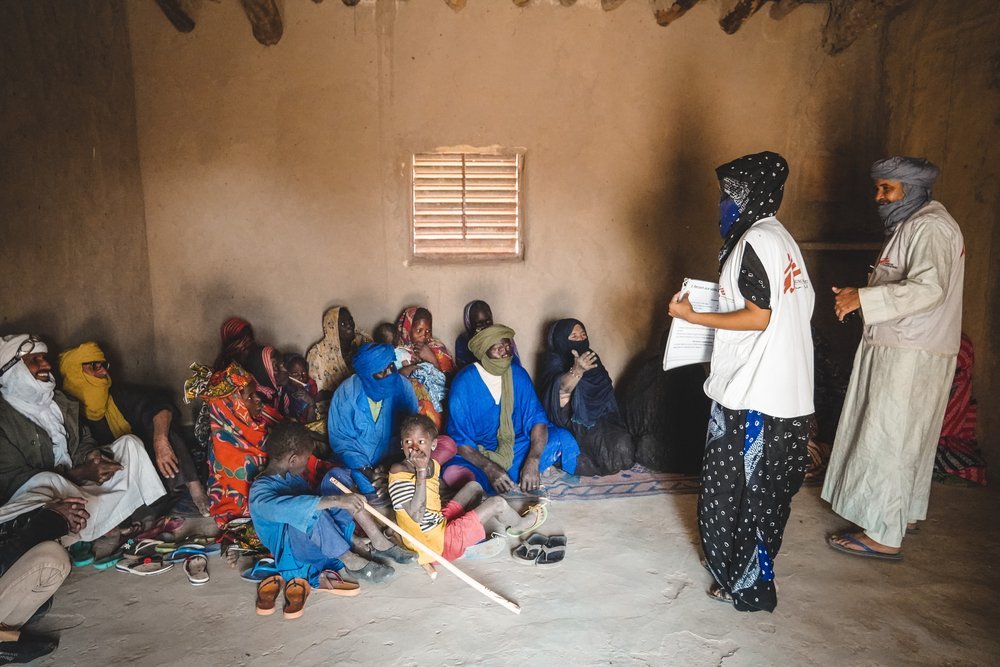 Lamine Keita/MSF
The MSF team educates patients and carers on the importance of disease prevention in the MSF ICCM health hut located in the village of Tiboraguène in Timbuktu.

On patient’s mother in the referral health centre, who asked that she and her son be identified by their initials M.B, is from a village in the Niafounké circle. Today, she is accompanying her sick child to the paediatric intensive care unit where the MSF team is working. "M.Y. had a heart and stomach ache since birth and the first treatment in the village did not cure him. His health had worsened. But today he is much better, his stomach hurts less and so does his heart. He used to be able to cry, but now he does.

This project was set up in a difficult security context in the region, which has severely affected the population's access to healthcare. Since the beginning of the crisis in Mali in 2012, and despite the peace accords signed in 2015, stability has never fully returned to the northern regions of Mali. This crisis has affected the local health system, compromising the ability of many health facilities to provide medical care needed by the population. 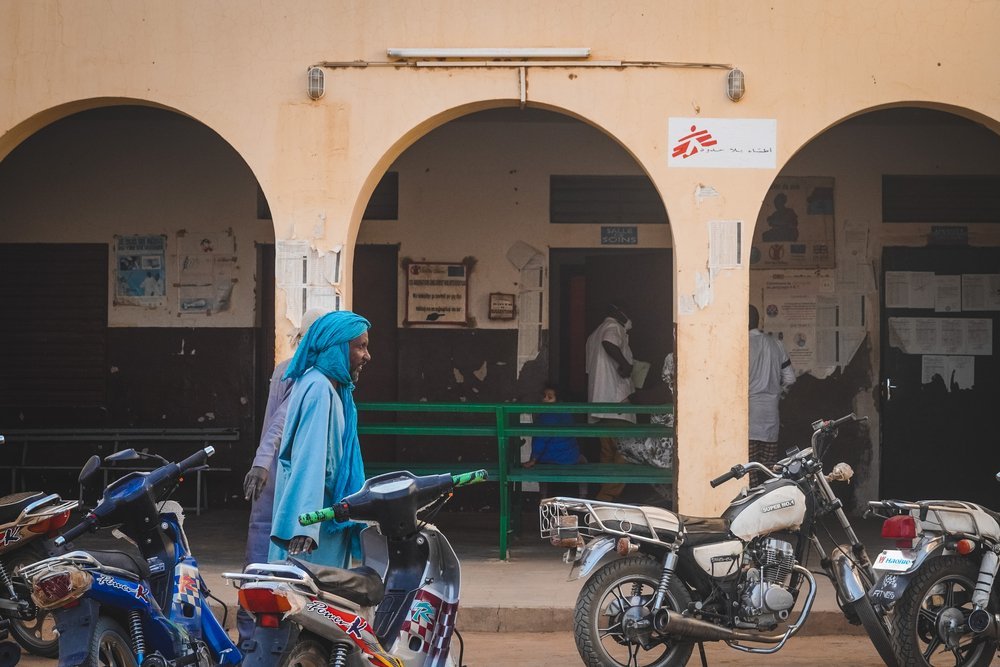 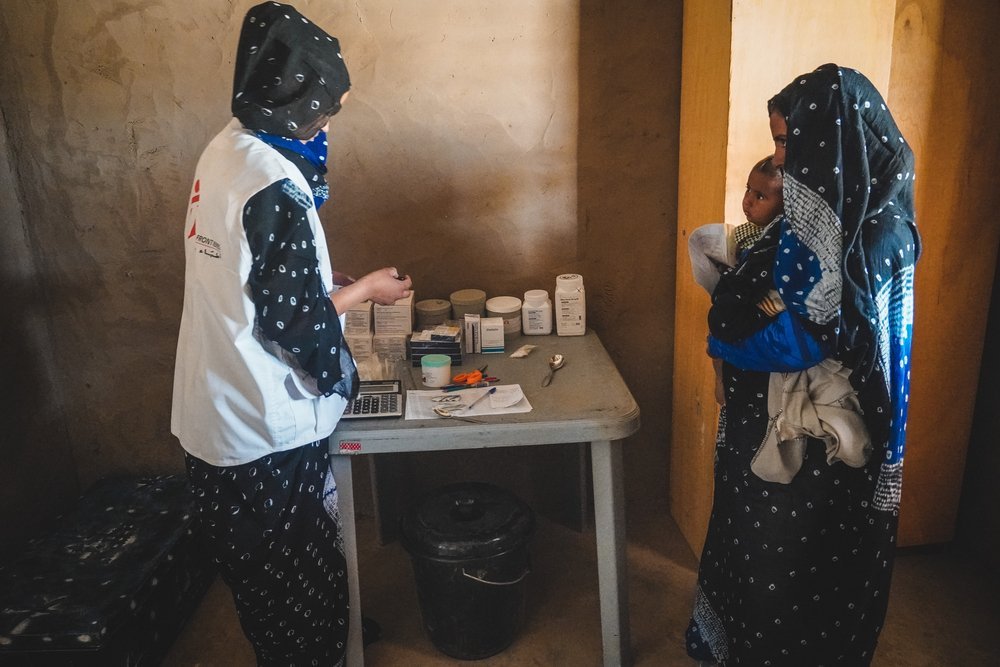 Lamine Keita/MSF
Mahassa walet, MSF CHW, prepares medicine to give to a mother in the MSF ICCM health hut located in the village of Tiboraguène in Timbuktu.

"It is very complicated to carry out referrals of our patients in the area. Many of our patients are stuck in their communities waiting for assistance or referral. But unfortunately, we cannot send ambulances to pick them up because of the insecurity. We have been forced to reduce or even stop ambulances services to avoid them being robbed or kidnapped, as has happened in the past.”

With the opening of the community-based care sites in Gourma region, it is easier and safer now for the population to access healthcare. "Since the MSF health hut opened on the site, we are very happy. It means we don't have to travel far to go to a health centre. Before, we used to travel 40 km to go to the nearest health centre, despite the insecurity, said Tinabou, who lives with her children on a nomadic site about 30 km from Timbuktu. 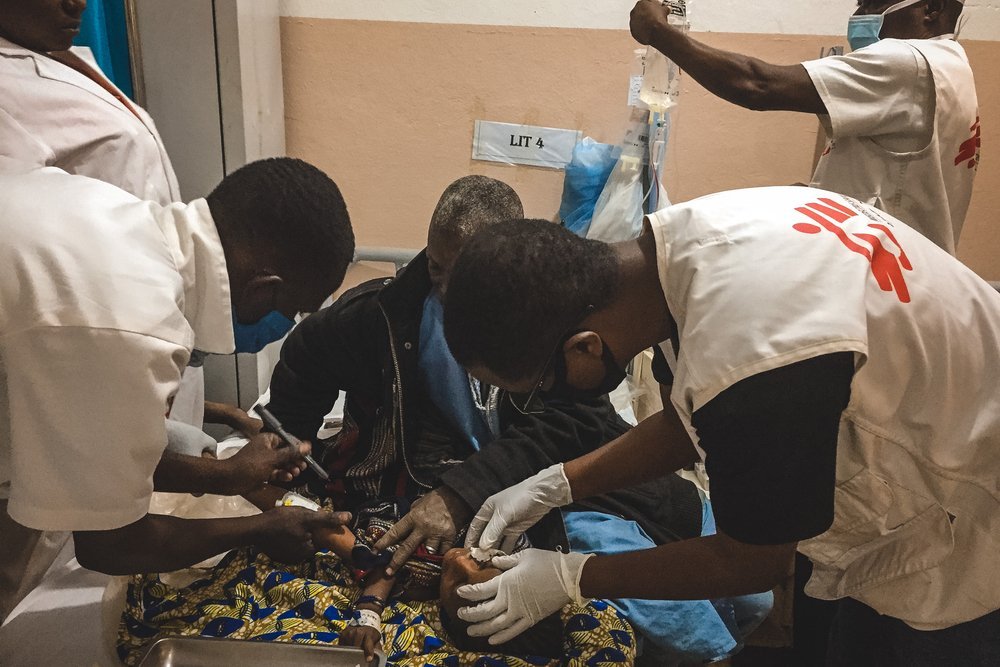 Lamine Keita/MSF
An MSF team provides emergency relief to a child hospitalized in the URENI ward of the MSF-supported Niafounké hospital in northern Mali.

The presence of MSF alongside state health workers is a sign of hope and helps to facilitate people's access to care. "When you think of the state of the paediatric ward before their intervention, you understand how beneficial it was. Today, there is a big change in terms of infrastructure, medical equipment and health care personnel. This has contributed considerably to improving the quality of care in paediatrics. Today we have a normal operation to deal with the care of hospitalised children," said Dr Cissé. Launched in June 2021.

The MSF project will also support the Ministry of Health in the event of emergency situations in the Timbuktu region, particularly those linked to epidemics, influxes of wounded, population displacements or nutritional crises.