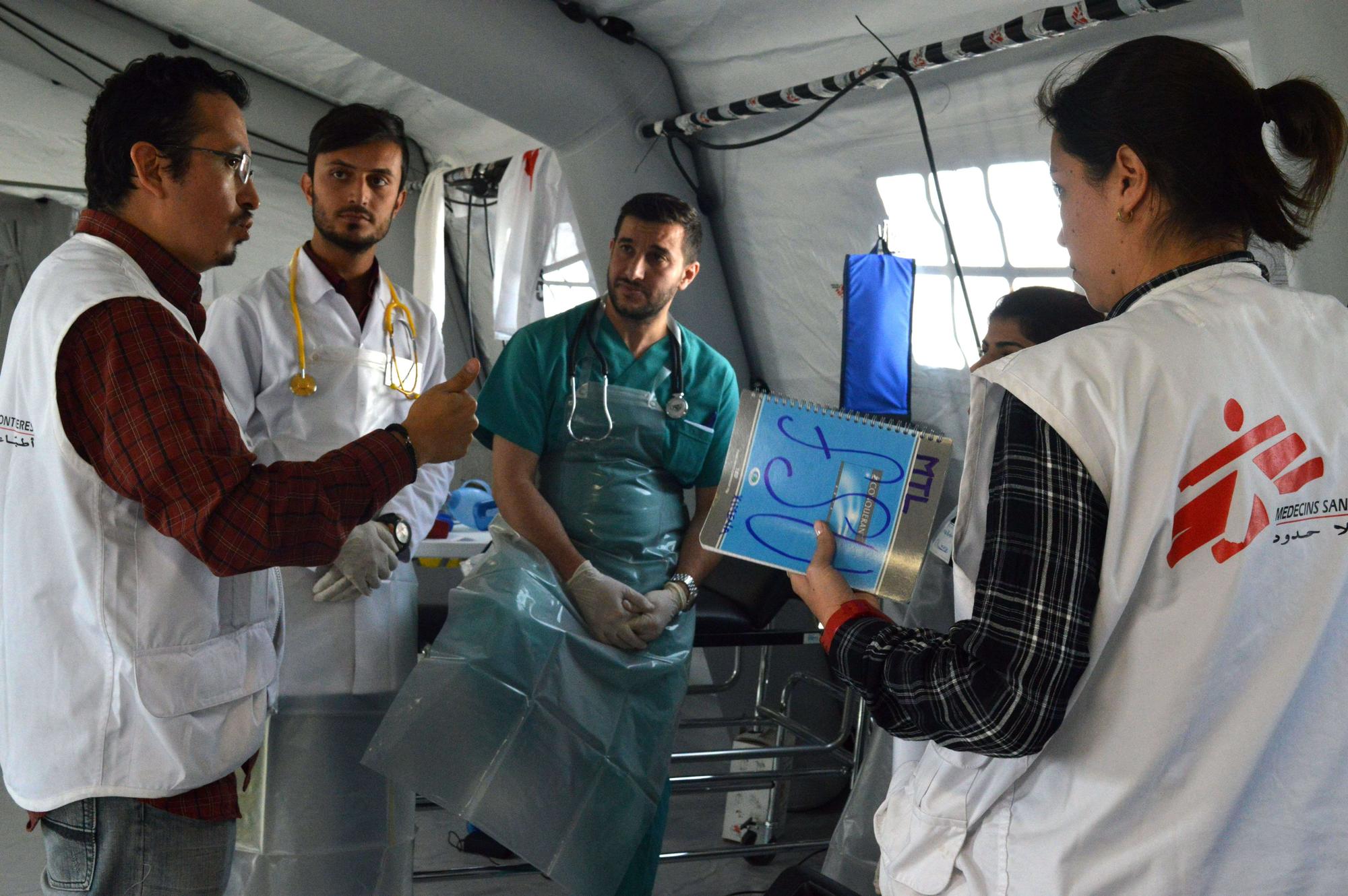 Mosul: "They're all putting their lives at risk to flee a city under siege."

As fighting rages in Mosul, civilians in the city are caught in the crossfire. Risking their lives, tens of thousands have fled since the offensive on the western part of the city started.

On the 19 of February, Médecins Sans Frontières (MSF) opened a field trauma hospital with surgical capacity in a village to the south of Mosul. It is composed of two operating theatres, one intensive care unit, an emergency room, an in-patient ward and other necessary support facilities.

The MSF team working in the hospital, composed primarily of Iraqi surgeons, doctors and nurses, only has the capacity to operate on the most severe life

threatening cases, known as “red cases”; those that can wait are referred to hospitals further afield.

More than half of the wounded were women (241 patients) and children under the age of 15 (240 patients).

Below are first-hand accounts from two MSF surgeons working in our trauma centre:

The following testimony is from Dr Reginald, a 66-year-old Belgian surgeon, after his last shift at MSF’s field trauma hospital a few kilometres south of Mosul. He describes his six weeks near Mosul as the toughest situation he has experienced during his long MSF career.

I’ve been through many other wars; Syria, Liberia, Angola, Cambodia, but I’ve never seen something like this. In the operating theatre every case we receive is severe and almost every day we have to deal with mass casualties.

Our patients can be of any age, any gender and suffering from any sort of war wound: sniper attack, mortar shelling, airstrike, landmine, and other explosions. They are all putting their life at risk to flee a city under siege.

I’m shocked by the number of families dismembered by this war. By the number of mothers and fathers that begged us to save their son or daughter as they were the only family members left alive.
Dr reginaldmsf suregon in iraq

The weather was bad, grey and cloudy with some rain so we received 20 war-wounded patients. But, when weather conditions are good we receive huge influxes of wounded men, women and children. When it’s cloudy or rainy we receive fewer people. Now, we look at weather forecasts to best prepare ourselves and to anticipate mass casualties. 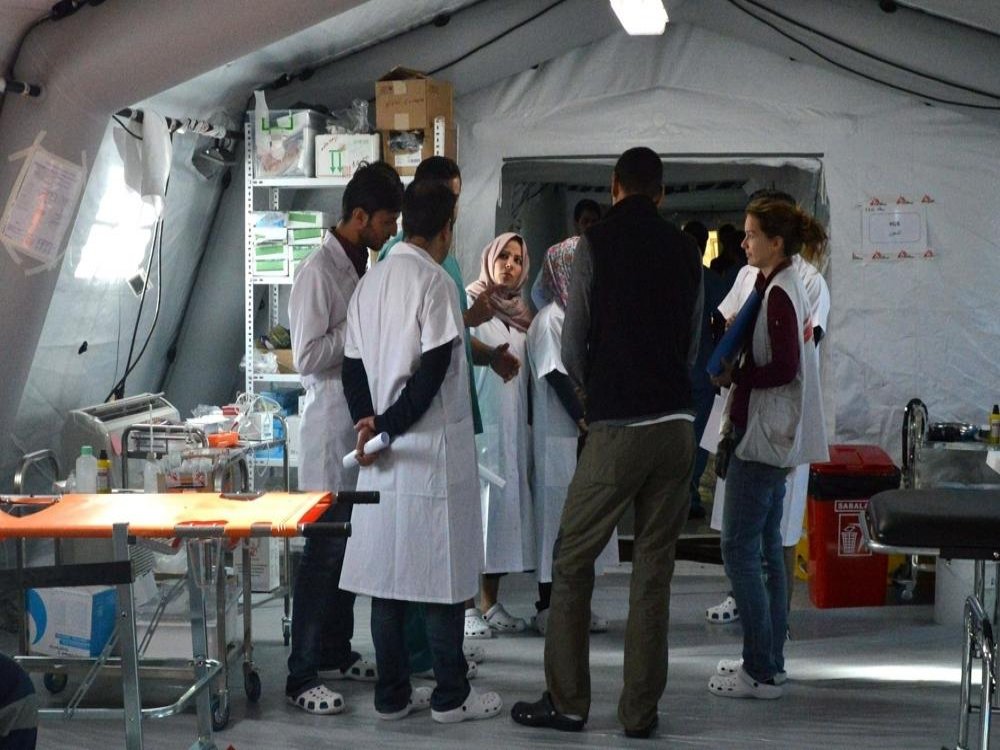 MSF
The emergency field hospital has 8 emergency beds, 4 for severely wounded and 4 for moderately wounded. Here, the medical teams discuss ahead of a mass casualty simulation.

On one sunny afternoon, the ambulances started to arrive, one after the other. Usually, the stabilisation posts close to the fighting alert us when they are referring stabilised patients to our centre. But that day, due to the chaos, it didn’t happen.

It was really tough. We had to transfer some of them because we didn’t have the space to treat everybody, but alongside the Iraqi doctors and nurses, we worked around the clock. It was sunny but we never saw the sun as we operated on one person after another until 5 am in the morning. At the end we had received around 100 patients, we were exhausted. That day confirmed that our surgical unit was a frontline surgical facility and we have since opened a second operating theatre to increase our capacity. 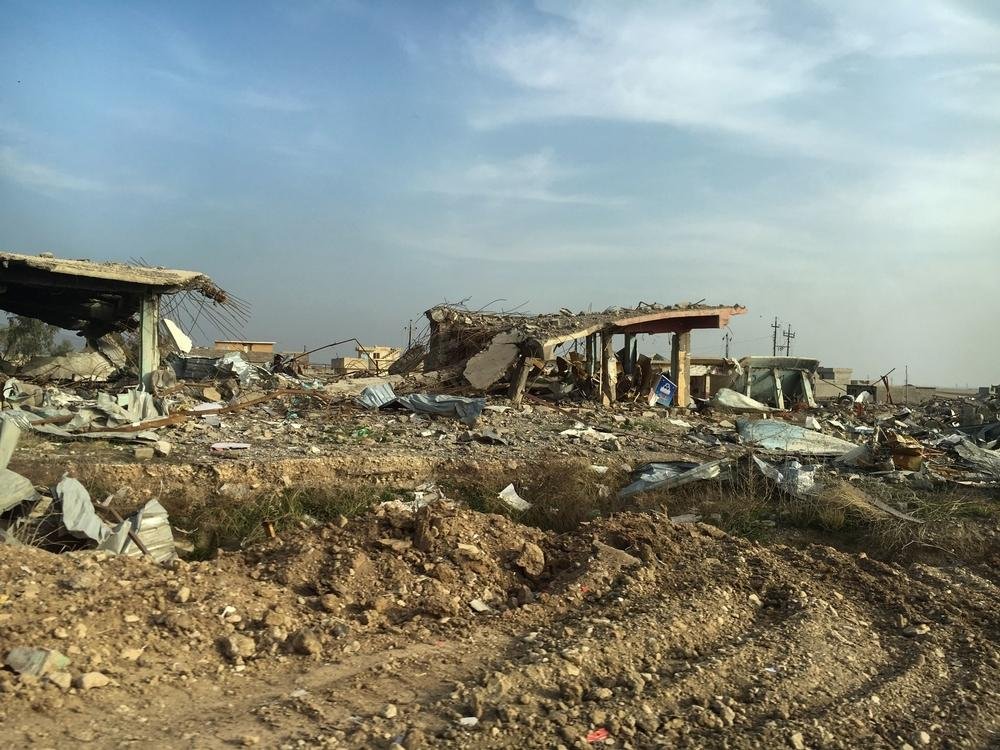 Louise Annaud/MSF
Risking their lives, tens of thousands have fled since the offensive on the western part of the city started 19 February.

As I finish my six-week assignment, I’m shocked by the number of families dismembered by this war. So many mothers and fathers begged us to save their son or daughter, as they were their only family members left alive.

I’m impressed by the strength of the Iraqi people and by the generosity and hard work of our Iraqi colleagues.

We couldn't do this work without them.

Testimony from Dr Ahmed*, an Iraqi orthopaedic surgeon who has worked for MSF since 2008 and has been working in MSF’s field trauma hospital a few kilometres South of Mosul since mid-February 2017.

Yesterday morning we received a family of four: a mother, a father and their two small boys. They had all been wounded by a mortar grenade. The mother and father arrived dead so we worked around the clock on the two brothers. But the head wound of the smallest boy was too severe so he passed away and only managed to save the nine-year-old. I wonder how he could survive and how he will survive. From his whole family, he is the only one left.

If I could, I would take a picture for each of the patients I treated to tell their stories and to remember them. Here I operate only on red cases but I would like to do more.
Dr ahmedmsf orthopaedic surgeon

Then, yesterday afternoon we received another boy, this time a ten-year-old. He arrived with his left leg almost amputated by a mortar shelling. We went straight to the operating theatre but he lost a lot of blood on the way to our hospital. For two hours we did orthopaedic surgery, then my colleague did a laparotomy for another hour but during the night he died. 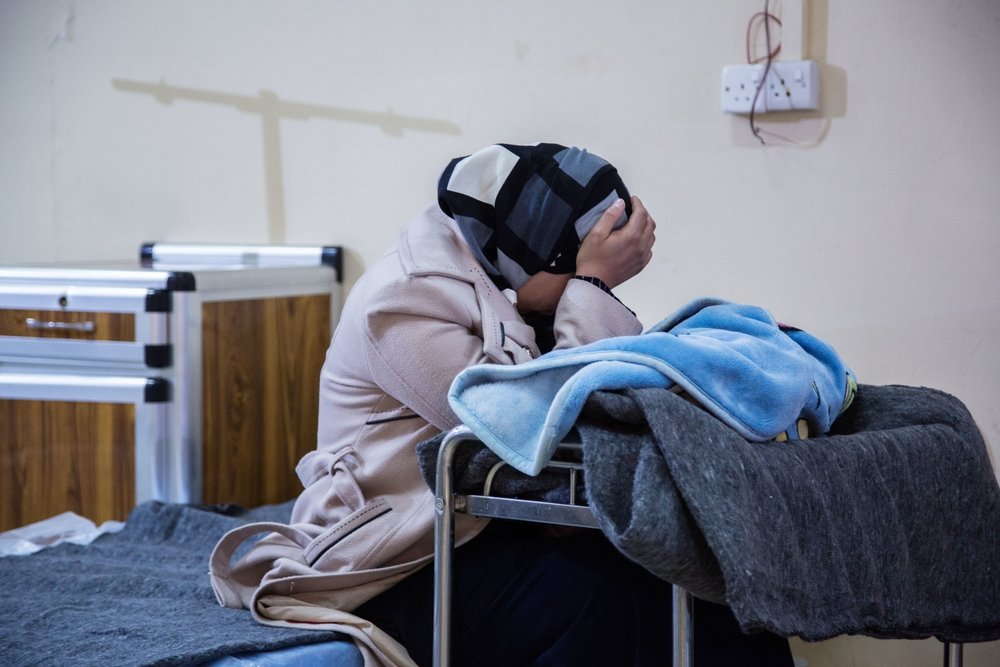 A mother with her baby in our field hospital, Mosul, Iraq.

We try to do everything we can, but sometimes it’s not enough. If I could, I would take a picture for each of the patients I treated to tell their stories and to remember them. Here I operate only on red cases but I would like to do more. I’d also like to follow the yellow cases, the ones we refer to other facilities. I would like to take care of them, to do all I can to help these people who have been through such terrible suffering.

In Iraq, MSF relies on more than 1600 international and Iraqi staff for its medical and humanitarian work in 10 governorates. In order to ensure its independence, MSF does not accept funding from any government, religious committee or international agency for its programs in Iraq, relying solely on private donations from the general public around the world to carry out its work.