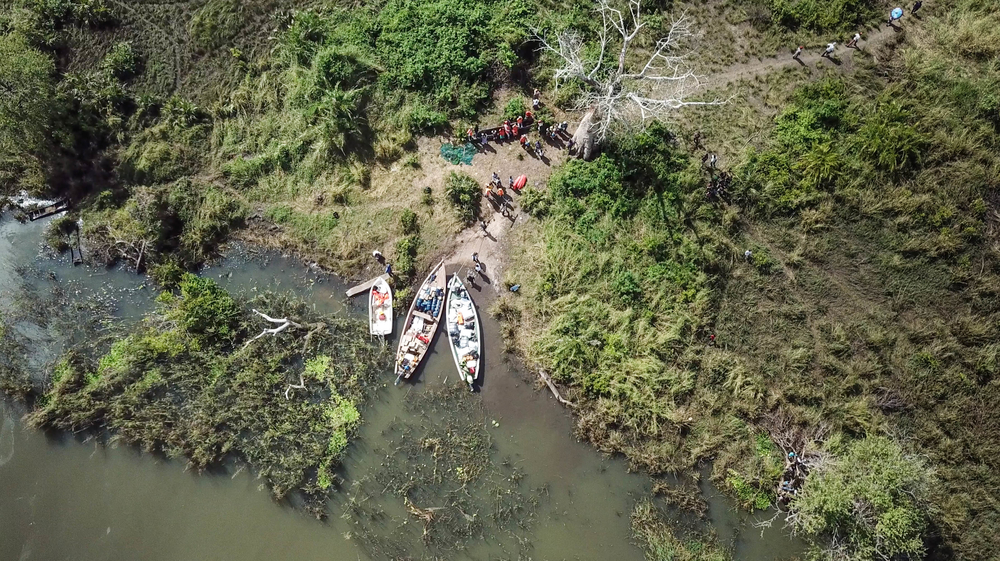 Mozambique: “One woman walked on crutches for an hour-and-a-half to receive our support”

As a second tropical storm hits Mozambique, rural communities affected by the initial cyclone still face many humanitarian and medical challenges. MSF emergency coordinator, Esperanza Santos, explains MSF's response to the situation in Dondo district, one of the areas outside Beira most affected by Cyclone Idai. 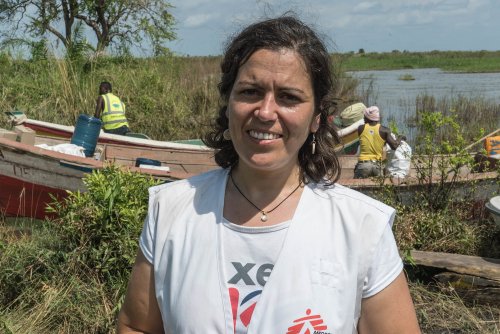 “Soon after heavy rain and flooding destroyed much of Beira, we identified Dondo district, in Mozambique's Sofala province, as one of the areas most affected by the flooding. In both Dondo city and in the outlying countryside, we found many people in dire need of support. The roofs of their houses had been ripped off by the wind and the rain, leaving them without shelter; their possessions and household belongings had been swept away; health services had been disrupted, and at that point, international support was yet to arrive.

Initially, as cholera outbreaks were announced in flood-affected areas, we supported the Mozambique Ministry of Health to operate cholera treatment units in Dondo, Mafambesi and Mutua. We supported the treatment of over cholera 740 cases, including via the operation of five oral rehydration points and an ambulance referral service, implemented health promotion activities, and supported the Mozambique authorities to conduct a cholera vaccination campaign to prevent further cases.

However, we soon turned our attention to communities in Chibuabuabua, Tundane, and Savane, three remote areas badly affected by the storm which also had particularly poor access to medical care. When we arrived, people were already beginning to rebuild their homes and lives in the best way they could with the limited resources available to them. To help prevent poor living conditions leading to an increase in disease - as often happens in this kind of context - we distributed 7,000 kits containing basic survival essentials, benefiting around 30,000 people. These items include blankets to sleep on and plastic sheeting to place over wooden structures, as a form of roofing that will provide protection from the elements. The kits also contain personal hygiene items; mosquito nets to prevent malaria; jerry cans to collect and store water; and certeza, a sodium hypochlorite solution to disinfect water to make it suitable for consumption and reduce the spread of waterborne diseases. 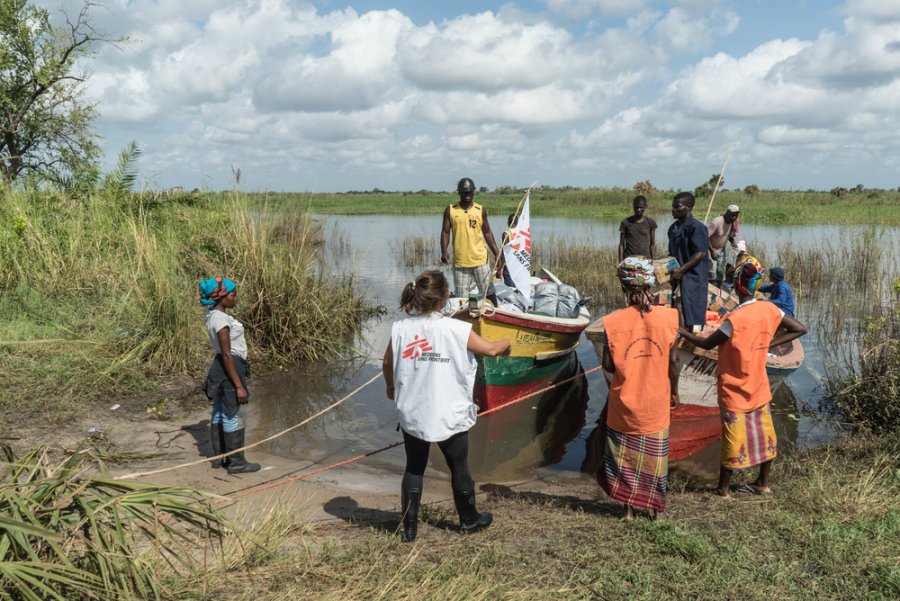 Road, river, and air: delivering supplies by whatever means required

Chibuabuabua, Tundane, and Savane extend across a combined area of 1,500km2. The population in these areas of Dondo is very dispersed - people are not necessarily living together in villages. This made it harder to identify the number of families in need. The remoteness of the areas we were trying to reach, plus the damage caused by the cyclone, also complicated distribution of the kits.

Sometimes, our teams travelled three hours by motorbike or tractor, but on many occasions the roads were completely inaccessible due to massive surface flooding or blocked by trees blown down in the storm. In these instances, we had to use a helicopter to reach people. At one point in the distribution, we had five teams giving out around 1,200 kits per day - using three boats, six tractors, and four trucks. We'd transport supplies by truck to the edge of the river and then use boats to take the items across, only to get caught up in grass and reeds in the water. When we finally got to the other side, access was often so difficult that people still had to walk for two to four hours to reach our distribution spots and to collect the supplies. One woman I spoke to in Tundane walked for an hour-and-a-half on crutches to receive our support.

In the initial aftermath of the cyclone, we set up tents outside damaged Ministry of Health structures and provided them with necessary materials so they could continue offering emergency and maternity care. However, because so many people live far from health facilities, now we're working with the Ministry of Health to operate mobile clinics in 20 remote locations across Chibuabuabua, Tundane, and Savane. This allows us to reach isolated communities who would otherwise have very limited access to medical care. We're focusing on malaria, diarrohea, and respiratory infections, the three most-commonly observed conditions, as well as on vaccinations to prevent outbreaks of communicable diseases such as measles.

To help return the health system to normal and resume proper services for the longer-term, we're also currently reconstructing the roof of three health facilities in Chibuabuabua, Tundane, and Savane, and are conducting activities to ensure that the centres have water, sanitation, and infection control facilities in place. 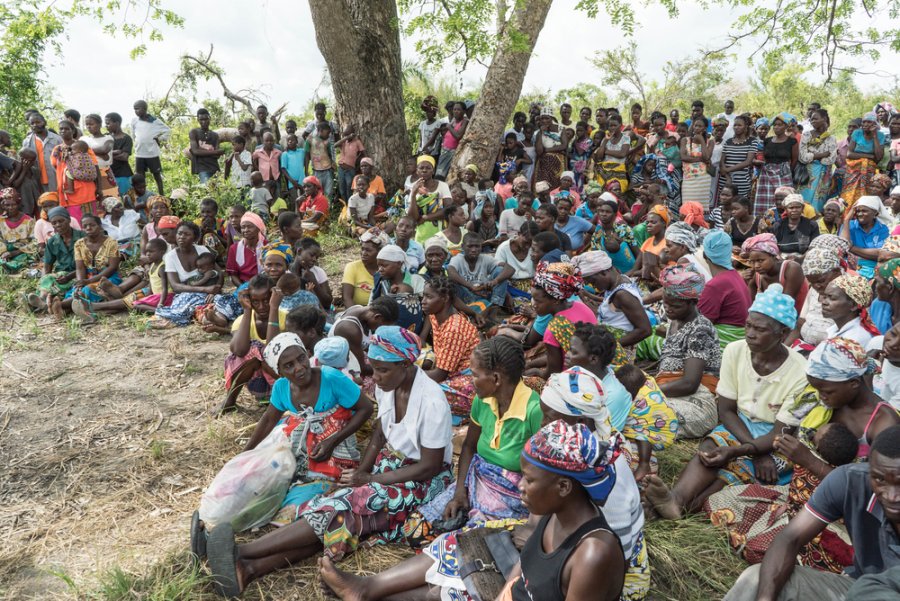 Giuseppe La Rosa/MSF
The people of Chibuabuabua, Savane, in Dondo District gathered under the tree waiting for the distribution of NFI.

People in rural Dondo rely on agriculture for their livelihoods, but as the cyclone tore through the area, it spoiled food stocks and ruined crops, which were just about to be harvested. In Chibuabuabua, some land is still totally flooded and maize fields are completely destroyed.

Before the cyclone, there were already times when people had unreliable access to food. Now that they don't have any crops - for either their own consumption or to sell at markets – and cannot cultivate new yields, food insecurity may become more of an issue. So far, we haven't seen malnutrition at emergency levels, but more cases may begin to emerge as the months pass and resources become even more scarce.

What we have seen, though, is a high rate of chronic malnutrition resulting from HIV. Although we're still assessing the challenges caused by the cyclone for patients with the virus, we do know that many haven't been able to get their medication, or haven't been able to return to health centres since the floods. This means their vital, regular treatment has been interrupted. Given that between 11 and 15% percent of people in Mozambique is HIV positive, this potentially affects many people.

We're also concerned about malaria, Mozambique's biggest killer. Malaria season is already at its peak here, unless the winds have blown the mosquitos away, the large areas of stagnant water left behind by the floods will provide mosquitos with a perfect breeding ground. If there's an increase in mosquitos, we may also start seeing higher rates of malaria transmission.

People here in Dondo are trying to get back onto their feet and the government is attempting to resume access to services, but it's a struggle and there's still potential for other health needs to emerge. After all that they've been through, the population is still very vulnerable and they, and the health infrastructure supporting them, will need help for a long time to come.”