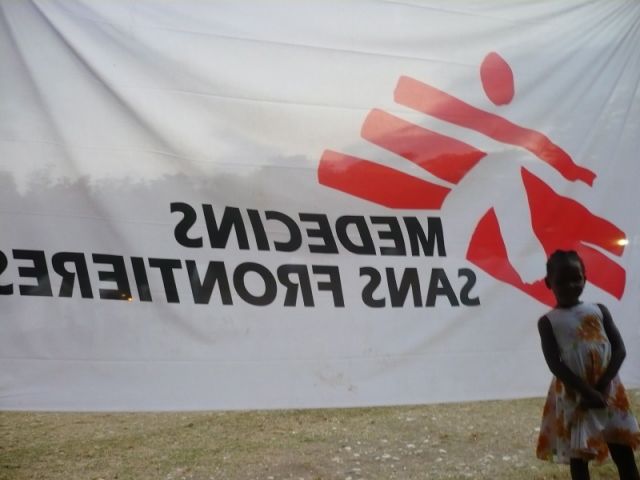 Médecins Sans Frontières (MSF) aid worker Danielle Trépanier was rescued on Wednesday afternoon (13th January) after almost 24 hours under the rubble of a collapsed staff-house. At the time of the quake, Trépanier, a Canadian logistician-administrator, was resting in her bedroom on the second storey because she had been feeling under the weather. Two other staff-members were also in the house - on the ground floor. They managed to escape at the onset of the first tremors, just as the house crumbled. Trépanier fell through two floors and landed in a small space in the basement, under a mass of debris.

Locally-hired MSF drivers were among those who risked their own safety to rescue Danielle from the basement, knowing from her intermittent cries for help that hope was not lost. When they pulled her out she was bewildered, in shock, with some relatively minor scrapes. She has been in contact with her family and is now recovering from the shock of her ordeal.

As MSF rejoices with the news of her rescue, it remains gravely concerned with the safe whereabouts of some Haitian aid workers and patients.

Born in Windsor, Ontario, Canada and most recently residing in nearby Stoney Point, 35-year-old Danielle Trépanier has been working in Haiti as a logistics administrator with MSF since July 2009. Trépanier has worked with MSF in logistics and administration since 2005. Her first field assignment was to a nutrition emergency in Niger. She then worked for a project in southern Sudan (based in Kenya) in 2006, and later in Burundi in 2007.

Fluent in several languages and a graduate with honours in geography from the University of Ottawa in 1999, Trépanier has been working to complete a masters in international humanitarian action through Uppsala University in Sweden.

Her previous professional experience involved project management in northern Canadian aboriginal communities, including working as a project officer with the First Nations and Inuit Health branch of Health Canada. She also worked as a research analyst, particularly in environmental health research and health policy research in northern and remote communities.