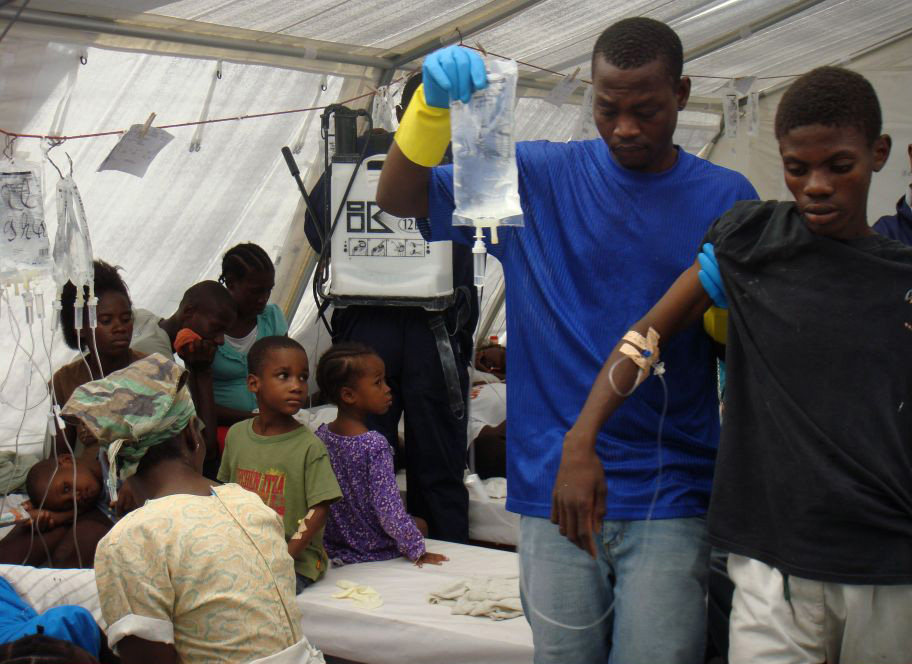 MSF calling on all agencies to step up Cholera response

Critical shortfalls in the response to the cholera epidemic are undermining efforts to stem the ongoing crisis.  Despite the huge presence of international organisations in Haiti, the cholera response has to date been inadequate in meeting the needs of the population. According to national authorities, more than 1,100 people have died and at least 20,000 have fallen sick since the beginning of the outbreak.

“MSF is calling on all groups and agencies present in Haiti to step up the size and speed of their efforts to ensure an effective response to the needs of people at risk of cholera infection,” said Stefano Zannini, MSF head of mission in Haiti. “More actors are needed to treat the sick and implement preventative actions, especially as cases increase dramatically across the country. There is no time left for meetings and debate – the time for action is now.”

The following actions must be prioritized:

Since the beginning of the epidemic, MSF has set up more than twenty cholera treatment facilities throughout the capital, Port-au-Prince, in the Artibonite region, and in the north of Haiti. MSF teams working around the clock have treated more than 16,500 people from October 22 to November 14. Over 240 tons of medical and logistical supplies have been brought into the country and MSF has more than 1,000 Haitian staff dedicated to cholera treatment, working alongside 150 international staff.

“Cholera is an easily preventable disease,” said Caroline Seguin, MSF emergency medical coordinator. “It may be new to Haiti, but the ways to prevent and treat it are long established. Without an immediate scale up of necessary measures by international agencies and the government of Haiti, we alone cannot contain this outbreak.”

MSF has more than 3,000 Haitian and international medical and non-medical staff providing assistance to the population through its other ongoing programs. They run seven free of charge, secondary-level care hospitals and support two Ministry of Health structures in Port-au-Prince, accounting for nearly 1,000 hospital beds in the capital city. Outside the capital, MSF supports Ministry of Health hospital in the city of Jacmel with nearly 80 beds of patient capacity. In Leogane, MSF has been running a private emergency hospital since January and has replaced it with a 120-bed container hospital in September.