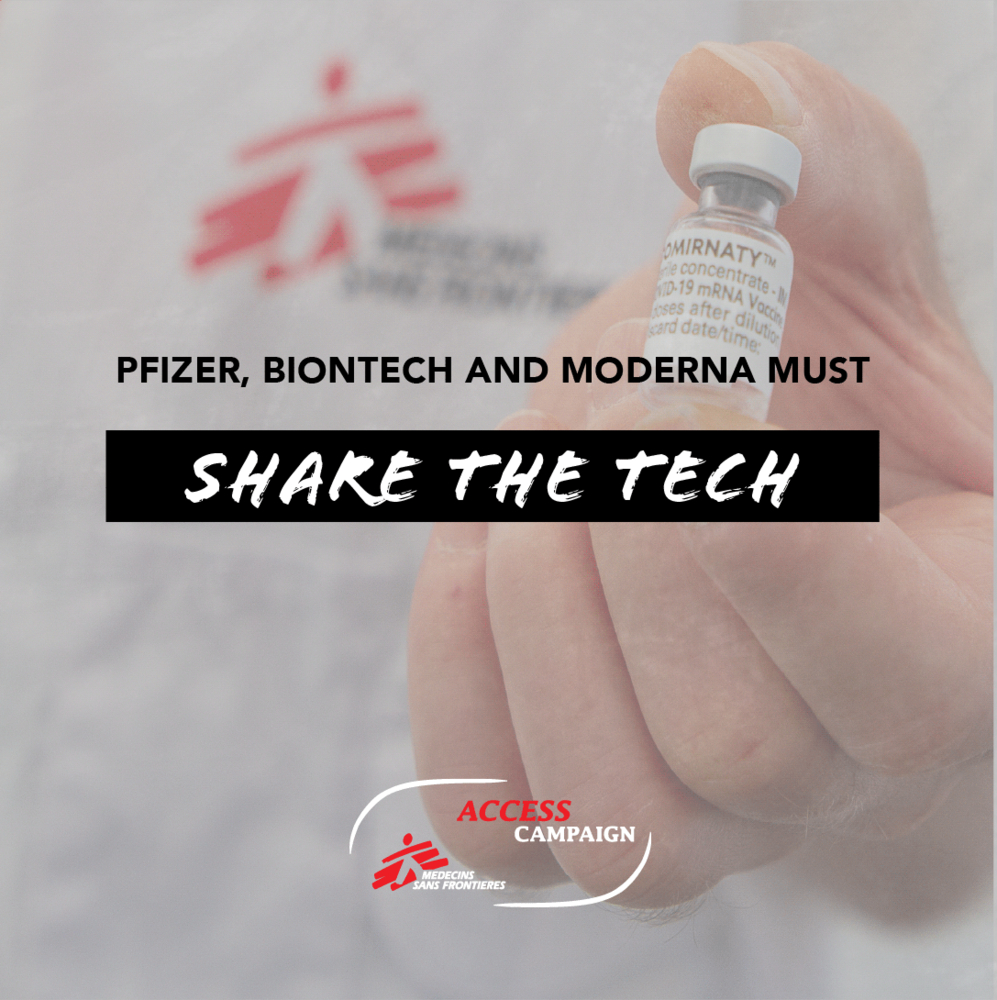 New York/Geneva, 27 April 2022—Ahead of Moderna’s annual shareholder meeting tomorrow, where it will report billions in profits during the ongoing COVID pandemic, Médecins Sans Frontières/Doctors Without Borders again called on the US pharmaceutical corporation to urgently make mRNA vaccine technology available to manufacturers in low- and middle-income countries. Doing so could facilitate the production of both COVID vaccines and mRNA vaccines for other diseases, and also allow countries to be better prepared for future pandemics. 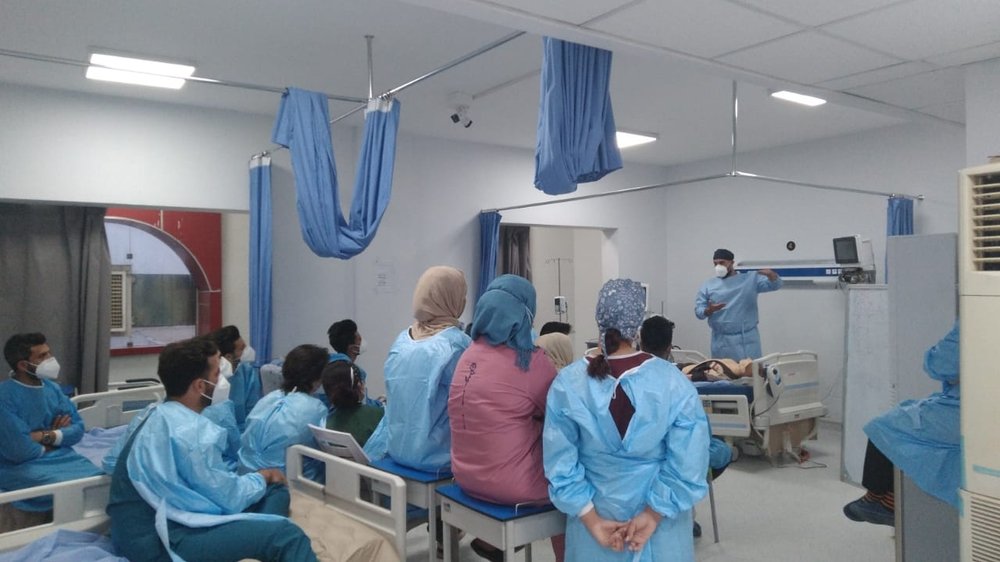 /MSF
Healthcare workers at the Al-shifa COVID-19 Centre at the Baghdad Medical City during a MSF-run bedside training on the treatment of severely and critically ill COVID-19 patients. (December, 2021).

Having local mRNA-vaccine production capacity in place in low- and middle-income countries would be a lifesaving future prospect for many regions of the world. In the short term, regional mRNA technology can be adapted relatively rapidly to respond to emerging COVID variants and supply needs. 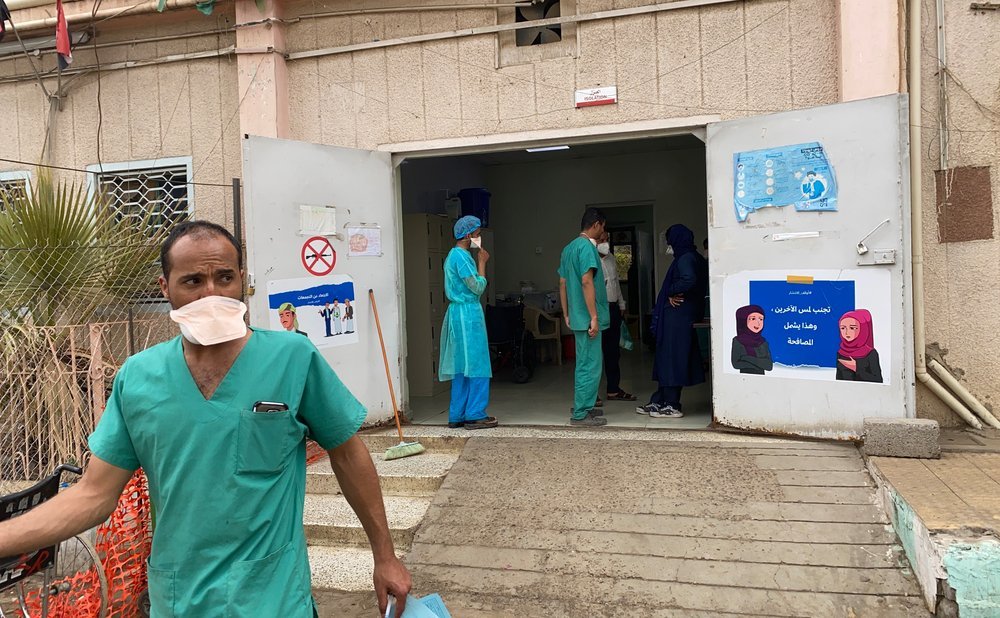 And in the medium-to-long term, mRNA technology could present a promising option for developing vaccines for other longstanding deadly infectious diseases, such as HIV, tuberculosis and malaria, and could play a major role in future pandemic preparedness. 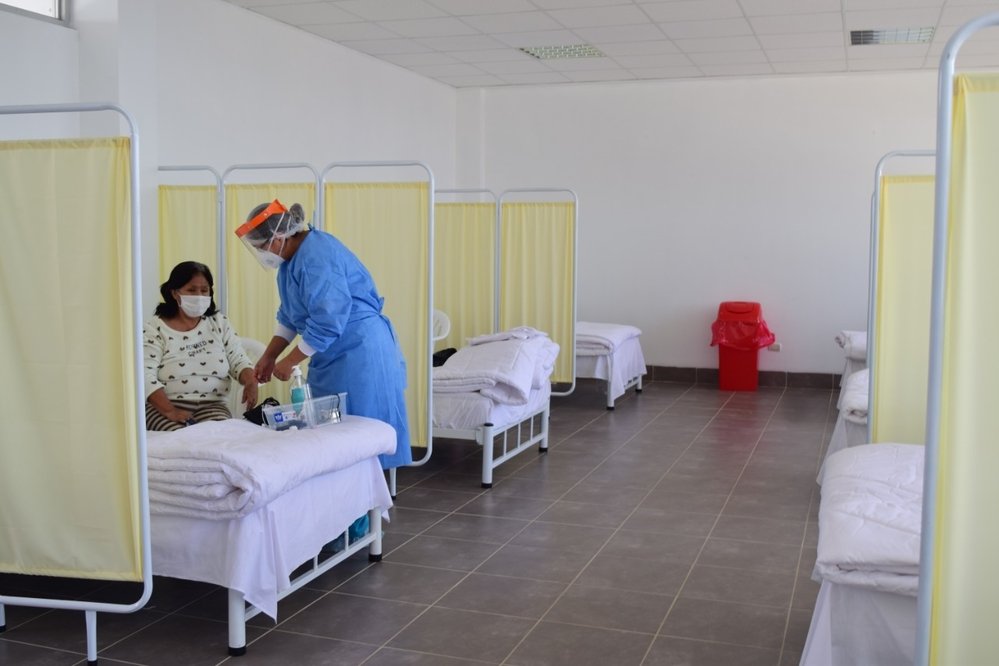 “mRNA technology has important technological potential to beat back not just COVID but possibly other epidemics and even future pandemics. We should refuse to again allow a situation where half of the world gets served first, while the rest of the world looks on empty handed,” said Alain Alsalhani, Vaccines Pharmacist at MSF’s Access Campaign.

While Moderna has signed a Memorandum of Understanding with the Kenyan government to make Kenya the location of its first mRNA manufacturing facility in Africa, scant details have been publicly shared about this venture.

A more effective way to promote mRNA vaccine production and availability on the African continent would be for Moderna to share its technology with manufacturers that have the capacity to produce, and to not hinder efforts underway to develop mRNA vaccines at the World Health Organization-run mRNA Technology Transfer Hub in South Africa. 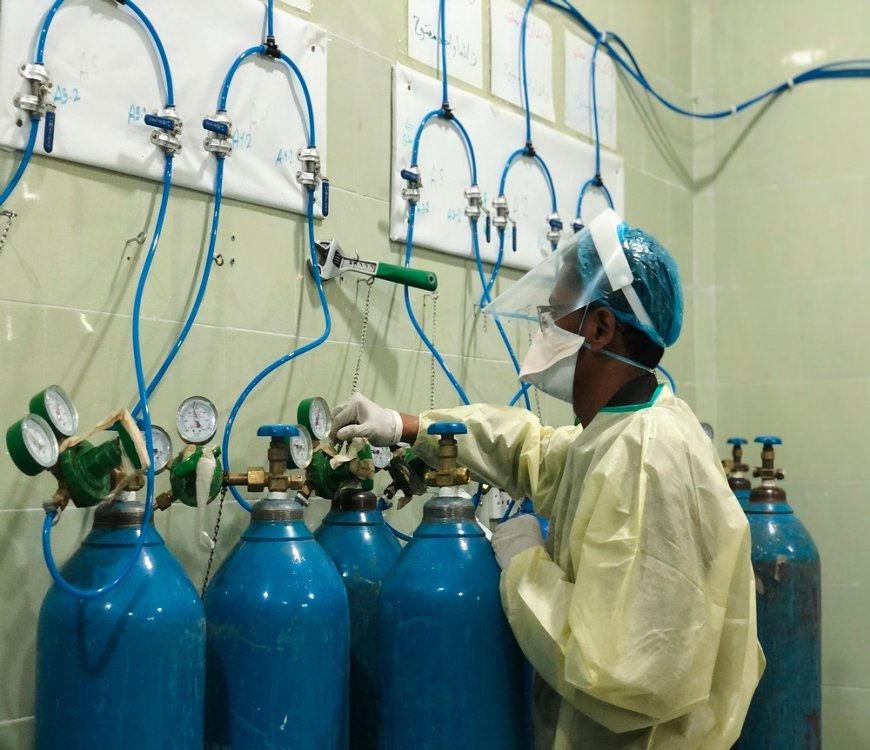 Athmar Mohammed/MSF
Medical staff monitoring supplies and respirators in the ICU of the Covid 19 Treatment Center at Al-Gamhouria Hospital run by MSF. (March, 2021).

Moderna should pledge not to enforce patents in low- and middle-income countries where manufacturers are due to produce mRNA vaccines through the Hub, including in South Africa.

“The COVID pandemic brought into sharp focus the fact that concentrating production primarily in high-income countries and a handful of middle-income countries leads to a segregated rollout of lifesaving medical tools and technologies, which ultimately costs lives,” said Alsalhani. 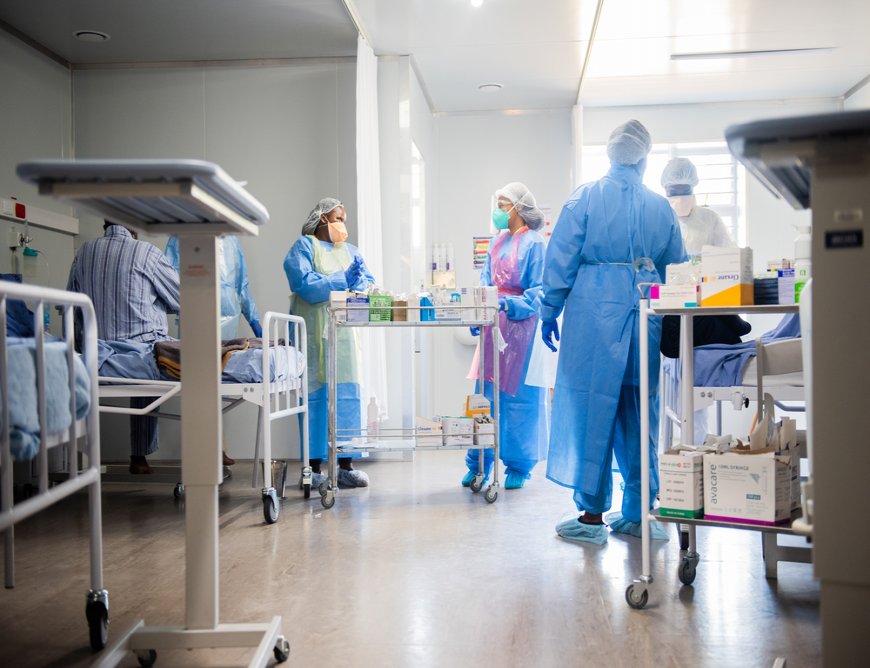 “It’s a myth that low- and middle-income countries can’t produce mRNA vaccines – we’ve identified more than 100 manufacturers in Asia, Africa and Latin America with capacity to manufacture mRNA vaccines. The world should learn lessons from this pandemic and move mountains to do much better going forward.”

Technology should be shared

Moderna received substantial public funding (approximately $10 billion, which includes almost the entire cost of clinical development and the purchase of 500 million doses) to develop a mRNA COVID vaccine, and therefore this technology should be shared with capable manufacturers in order to benefit as many people as possible, now and in the future. 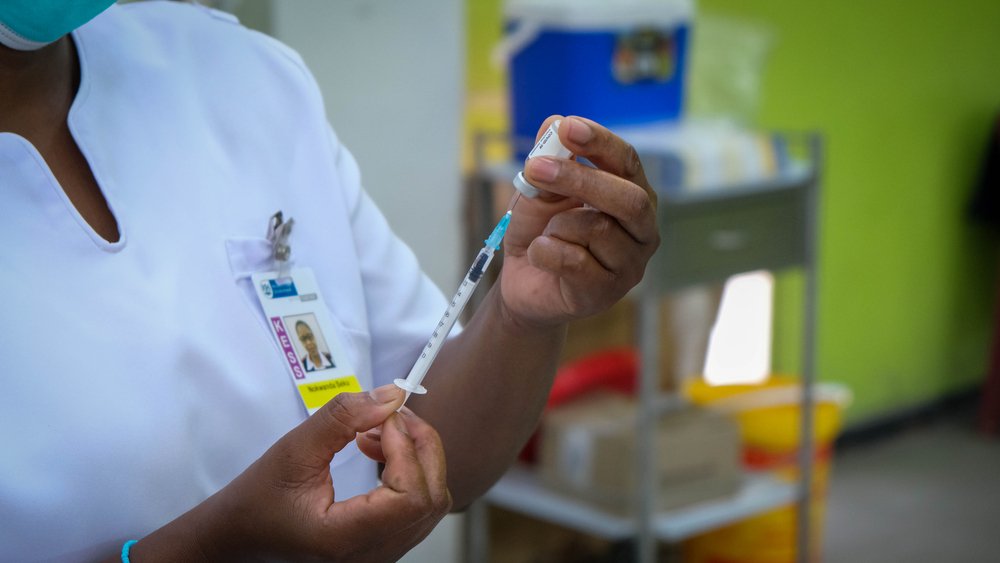 Given this taxpayer support and the fact that Moderna has earned $17.7 billion in sales from the COVID vaccine as of the end of 2021, the company has an obligation to stop blocking mRNA technology transfer.

Call to commit to unconditional sharing of technology

“It is unacceptable that Moderna has reaped the benefits of public taxpayer money to develop this blockbuster vaccine, yet refuses to share the recipe with producers across the rest of the world that have the capacity to make mRNA vaccines for countries’ current and future needs, for both COVID and other diseases,” said Mihir Mankad, Senior Global Health Advocacy and Policy Advisor at MSF in the US. 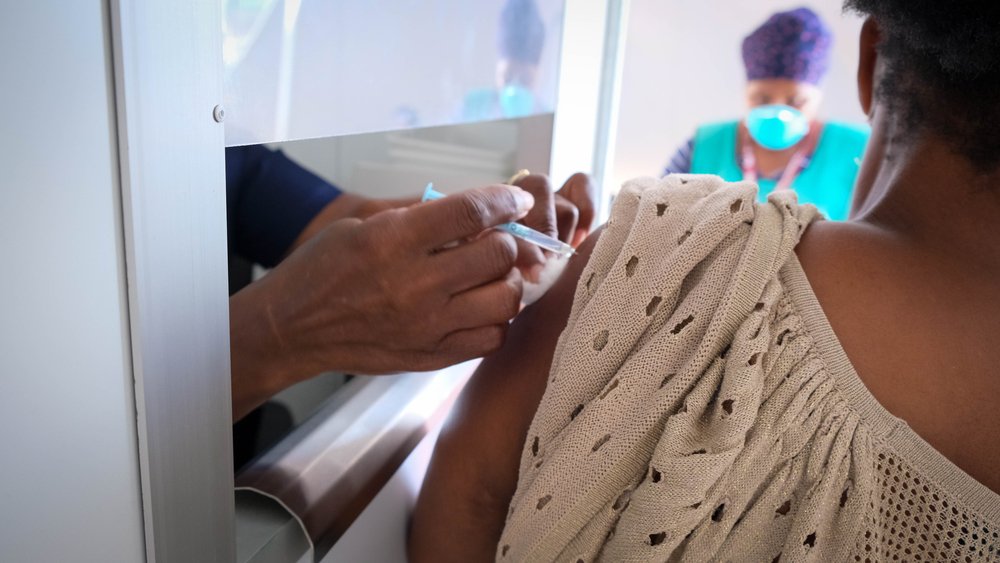 MSF/
The South African government sources, distributes and oversees the rollout of the COVID-19 vaccine. (January, 2021).

“Moderna made this lifesaving mRNA vaccine a reality with substantial US government support, and both parties need to commit to unconditional sharing of the technology for the purposes of pandemic preparedness."