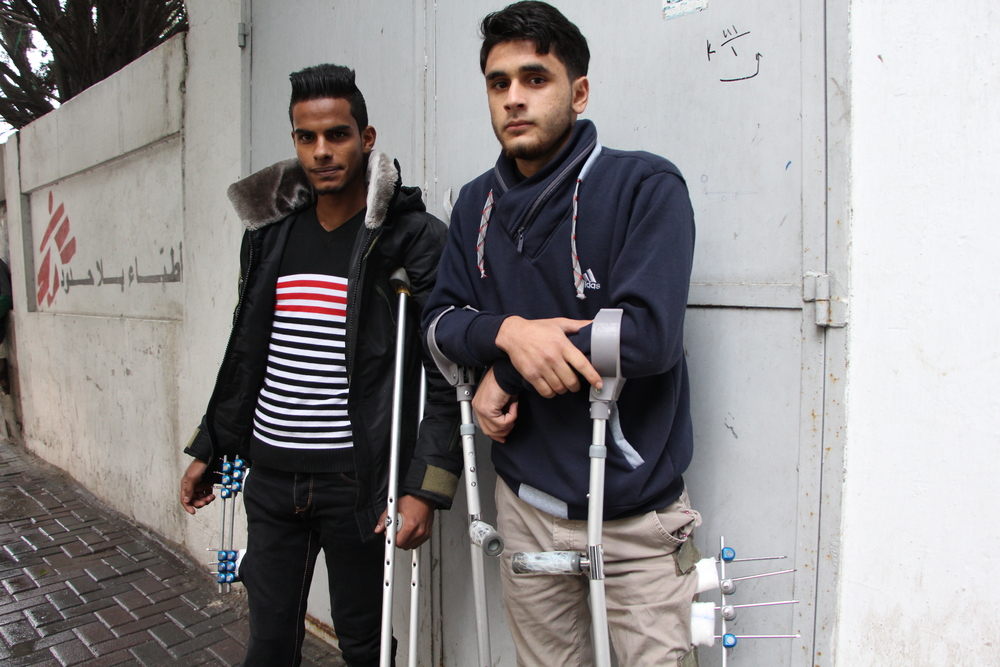 102 patients have received post-operative care in MSF clinics between Sunday and Wednesday, after being shot during the first days of the “March of Return”. MSF is also bolstering its capacity to provide healthcare, fearing that more wounded will need care in the days – and weeks – to come.

On 30 March, thousands of Palestinians answered the call for the so-called “March of Return”, on the occasion of “Land Day”.

In four days, a total of 102 patients have been admitted after being shot in the lower extremities in the three medical facilities where MSF was already providing specialised care for trauma and burns patients. More than 35 per cent have fractures that will require long-term treatment, potentially several surgical interventions and a long rehabilitation period. The rest of the patients have soft tissue injuries, mainly in muscles, but they may also need surgical care and several weeks of dressing care. 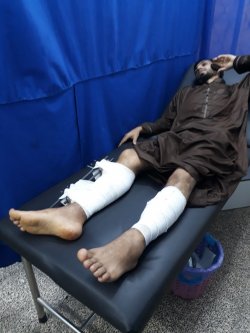 “We had already faced a worrying increase in the number of people shot by Israel Defense Forces at the border since December 2017, in the context of the Palestinian demonstrations that  followed the announcement of US President Donald Trump to recognize Jerusalem as the capital city of Israel”, said Marie-Elisabeth Ingres, MSF representative in Palestine.  “The number of patients victims of trauma had raised to 20 per week while it was 20 per month before November 2017”

MSF is ready to open a new consultation room in one public health facility in Gaza, to increase the capacity for post-operative care (specialised nursing care, wound dressings).

MSF is in close contact with the medical staff of the Ministry of Health and can also provide specialised surgical teams in order to support the local hospitals and to ensure longer follow-up periods for these patients.

MSF has also donated an emergency kit with disposable medical materials and drugs needed to treat more than 100 injured patients to the Ministry of Health.

“We are worried that more people might need care in our clinics in the coming days, as more patients will be referred from hospitals”, added Ingres. “We also fear that more violence will occur and that more people will be wounded during the next demonstration scheduled for Friday 6 April, as well for following events planned on the run up to 15 May. MSF will respond to the current emergency to the extent of its means and according to the needs of the population in Gaza."

*Please note the title photograph shows Mohammed Mubarak and Faris Alawawdah who were shot at the Israeli border in spring 2017.

our work in occupied palestinian terriority >