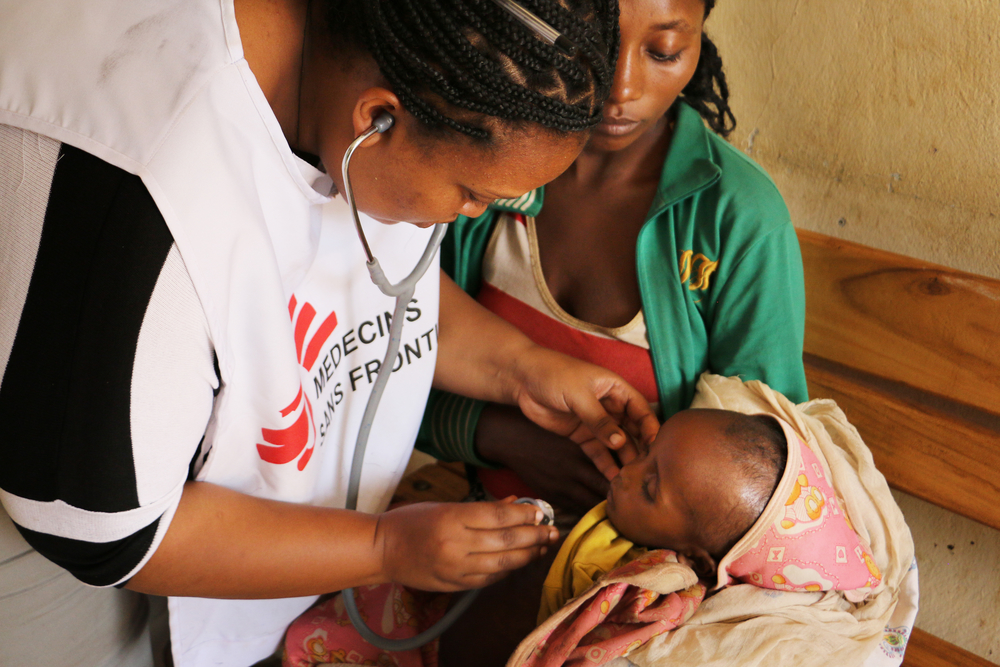 Médecins Sans Frontières / Doctors Without Borders (MSF) has launched an emergency intervention in the Gedeo area of the Southern Nations, Nationalities, and Peoples' Region (SNNPR), and is calling on humanitarian agencies in Ethiopia to urgently scale up their support for the internally displaced people (IDPs) in the numerous camps in the area.

MSF is concerned for the welfare of tens of thousands of vulnerable IDPs in southern Ethiopia, following an assessment that revealed alarming findings about their nutritional status, poor living conditions and limited availability of safe drinking water.

After screening children aged under five at eight IDP sites in the Gedeb woreda (a local administrative area in Ethiopia equivalent to a district) of Gedeo at the end of March, MSF teams found rates of severe acute and global acute malnutrition to be well above the emergency threshold. While they were not part of the assessment, MSF also saw a high number of malnourished pregnant women.

“We saw an immediate need to scale up the response for the treatment of malnourished children, as the few facilities in the area were completely overwhelmed and could not offer the specialised care needed for children with complications. One of the biggest problems is that malnourished children are arriving too late to be treated, which shows there are gaps in the community outreach component of the current response,” said Markus Boening, MSF field coordinator in Gedeo.

MSF teams are now supporting the Regional Health Bureau with a focus on nutrition. So far, they have treated more than 200 children aged under five for severe acute malnutrition in two stabilisation centres and seen over 55 paediatric patients.

The response will expand in the coming days to include improving the water and sanitation conditions in some of the IDP camps and informal settlements, including increasing the access to clean water supplies and latrines. Local health authorities have reported several thousand cases of watery diarrhoea in recent last weeks.

“The camps are overcrowded and in extremely poor conditions. The people living there are at risk from outbreaks of epidemics. Their health is very vulnerable after being forced to move so many times,” said Boening. 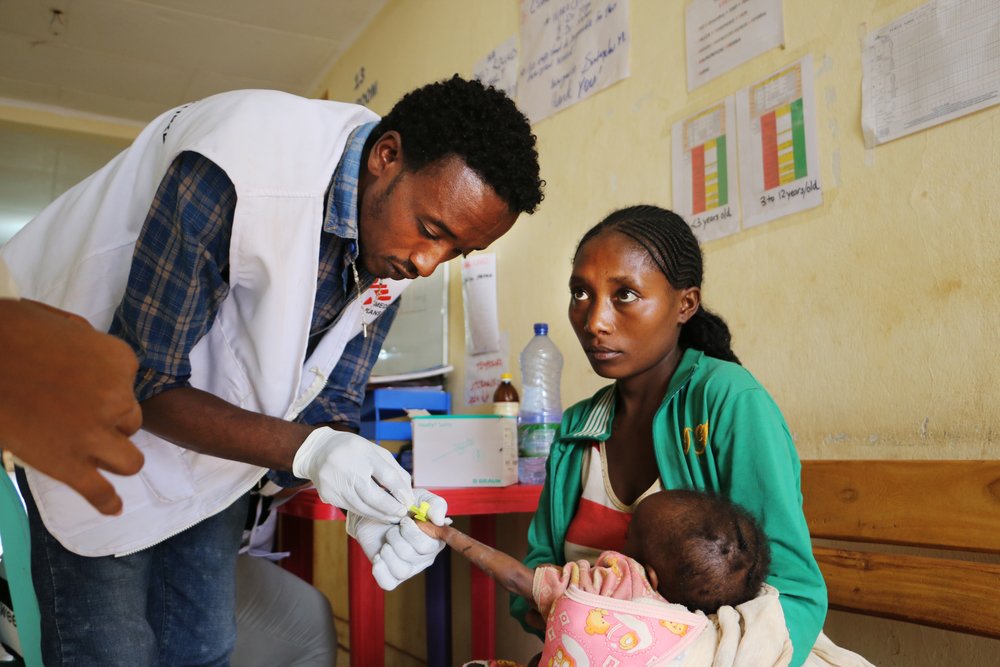 Markus Boening/MSF
An MSF staff member prepares to attach an IV line to a malnourished child at the stabilisation centre in Gedeb hospital, in Gedeo, south Ethiopia.

MSF has returned to Gedeo only three months after closing one of its largest emergency interventions of 2018, which was launched after a massive number of people were displaced by ethnic violence. At the peak of the displacement crisis last July, Ethiopian authorities reported that close to one million people had been forced from their homes.

By December, health indicators had improved, hospital admissions had decreased and many people had either returned to their homes or left the collective sites. Yet, the situation has dramatically deteriorated since then, as reports of insecurity, threats of violence and a lack of support led many people to return to Gedeo.

“Those IDPs that did not move back were absorbed into host communities. However, resources in these communities are depleted and staying there means the IDPs cannot access humanitarian aid. As a result, many are now going to the new IDP sites in the search of humanitarian aid as well,” said MSF’s head of mission in Ethiopia, Mohamed Morchid.

Assessments are on-going to identify further gaps in the provision of nutrition and healthcare, but medical services alone cannot solve the multiple needs of this distressed population.

“It is crucial to continue mobilising efforts – at the local, regional and federal level – and to scale up the delivery of aid to ensure that people’s pressing needs for healthcare, shelter, water and sanitation and food are covered. It is also important that people can move freely and safely to access humanitarian aid, not only in Gedeo but also in other regions of Ethiopia with internally displaced people,” says Morchid.