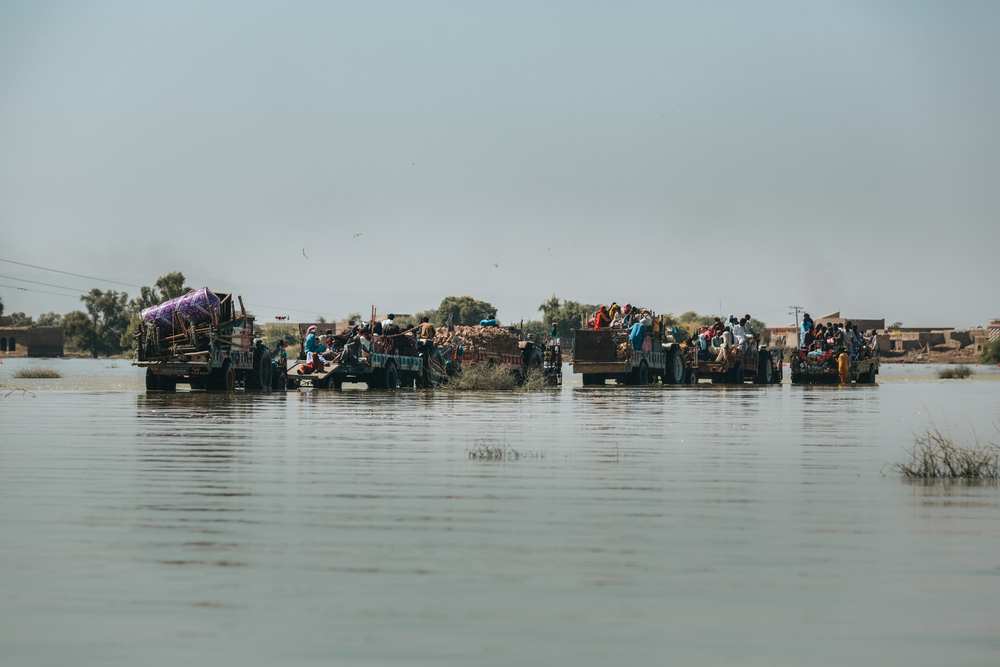 MSF: malaria and malnutrition among children in Sindh and eastern Balochistan indicate flood emergency is far from over

Catastrophic flooding began in June, and the situation remains an emergency, with critical humanitarian needs. The current response is inadequate. The basic needs of people living in the worst flood affected areas such as access to essential food assistance, healthcare and safe drinking water, remain unmet. 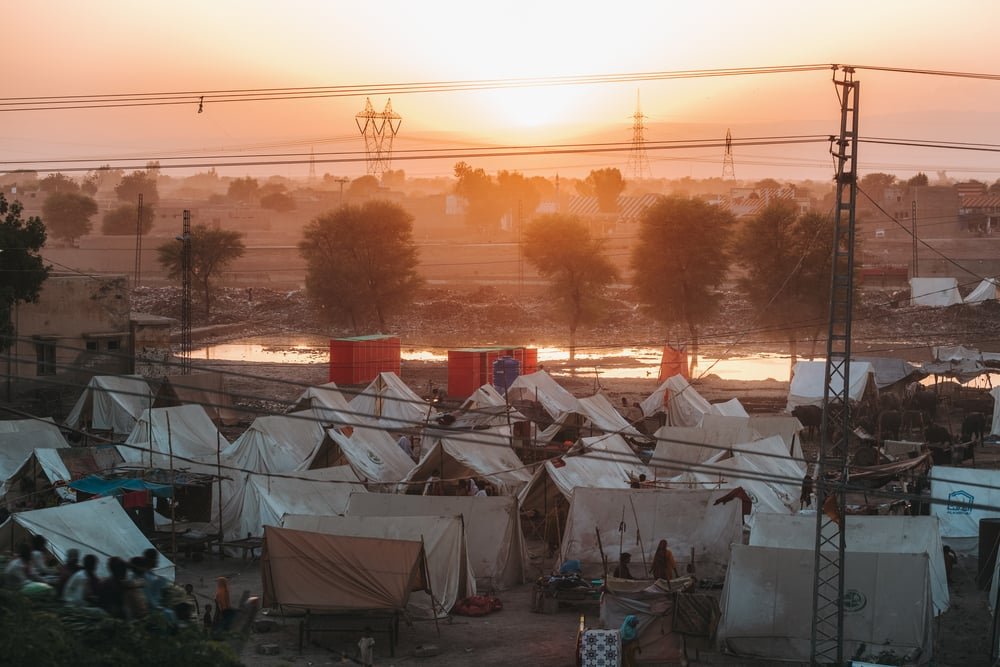 In Sindh and eastern Balochistan, MSF teams are seeing high numbers of people needing treatment for malaria. Despite the colder season, when malaria rates would be expected to decline, we continue to see malaria positivity rates of 50% during December in patients screened in our mobile medical clinics and have treated more than 42,000 patients since October. 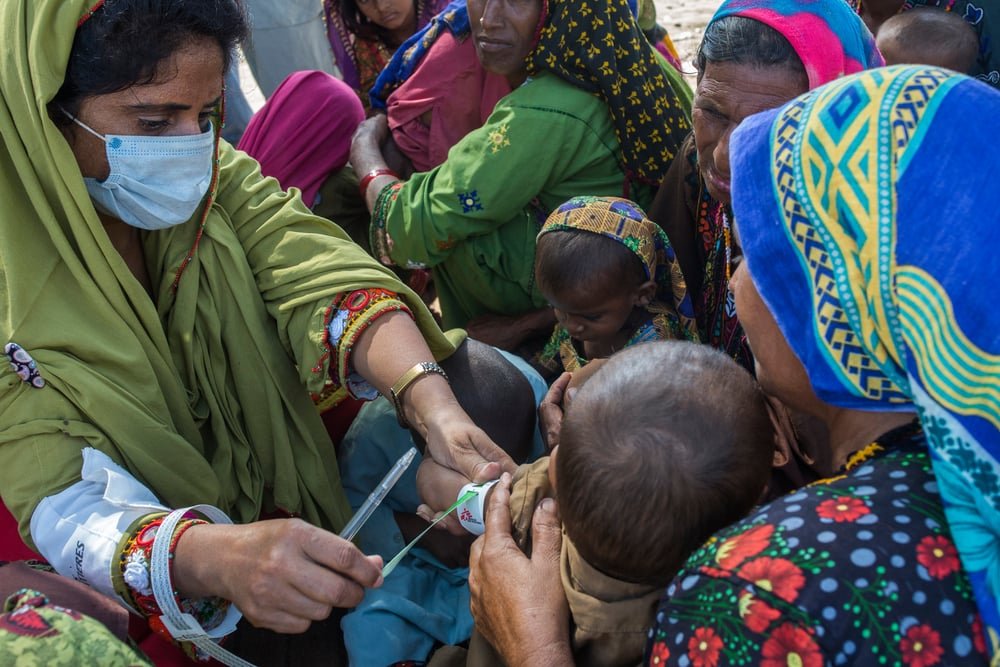 Asim Hafeez
Sazia Bano, an MSF staff examines temperature and assessment of a malnutrition child during a mobile clinic setup in the Ghulam Muhammad Lashari village of Thul town of Jacobabad District in the Sindh Province of Pakistan on 26th October 2022.

“We are still in an emergency phase”

“We are months into this response and our teams in Sindh and eastern Balochistan still see people living in tents and makeshift shelters. In these winter months, people are becoming more vulnerable. While the focus is shifting towards recovery and reconstruction, a scaled-up humanitarian response to meet people’s immediate needs is absent. In December our medical teams continued to see high rates of malaria, acute malnutrition, and skin infections. Humanitarian organisations and government agencies involved in the response must not forget that the situation remains critical,” says Edward Taylor, MSF’s emergency coordinator in northern Sindh and eastern Balochistan. “In the areas where we are working, water has yet to recede, and the emergency medical and humanitarian needs remain high. People urgently need access to food assistance, safe drinking water, healthcare and shelter. We are still very much in an emergency phase.” 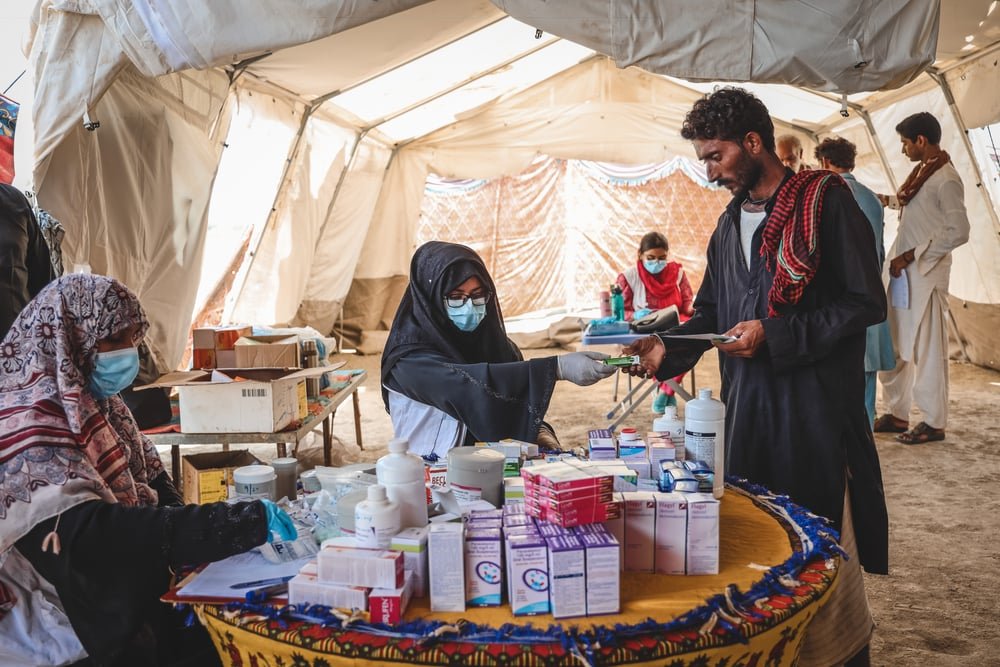 MSF emergency teams are running mobile clinics and malaria teams that visit more than 50 locations per week in the Dadu, Jacobabad, and Shahadat Kot districts of Sindh and Jaffarabad, Naseerabad, Sohbatpur, Jhal Magsi, and Usta Mohammed districts in eastern Balochistan. So far, we have provided basic medical care to more than 92,000 people, mainly for skin diseases, malaria, respiratory tract infections, and diarrhoea.

Those returning to their villages are finding destroyed houses and land, still surrounded by stagnant water. The devastating loss of homes and belongings impacts people’s mental health, as well as their livelihoods. MSF teams are providing psychological first aid and group counselling sessions to support people during this extremely difficult time.

Meanwhile, those remaining in camps and informal shelters are faced with the encroaching threat of winter. MSF continues to tailor its distribution of non-food items for the season with additional blankets for winter; in the past two weeks, 6,000 households have received these relief packages. 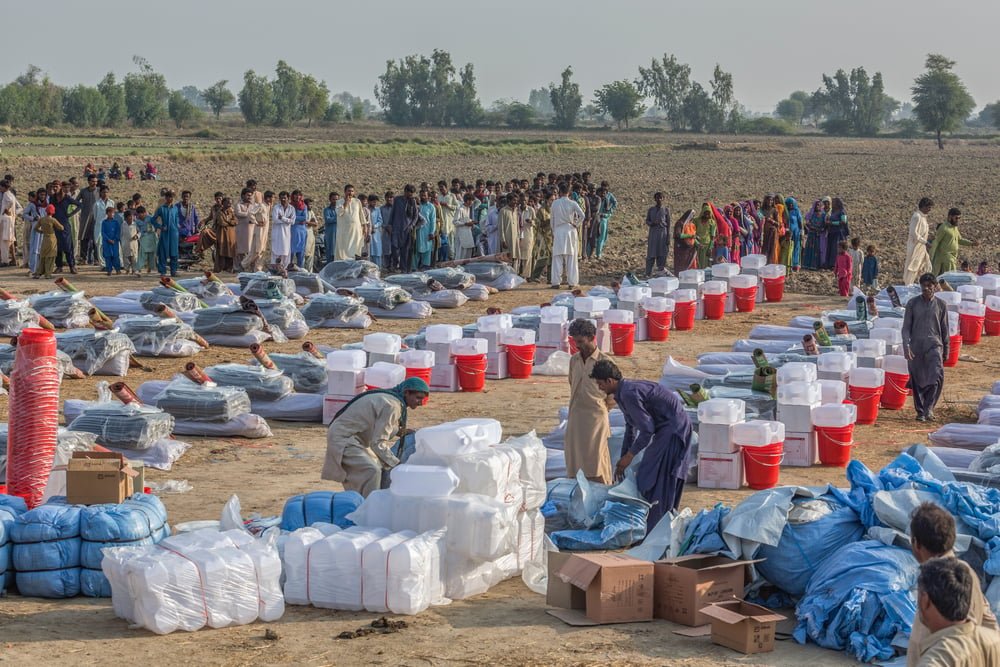 Asim Hafeez for MSF
MSF staff and volunteers arranges Non Food Items (NFIs) kits for distribution, as peoples affected by flood and rainwater waits to receive NFIs at a village near Sanghar, Sindh province of Pakistan on 16th November 2022.

In Sindh and eastern Balochistan, many people whose villages are now accessible found that water sources are still contaminated and they must get drinking water from far away. Crops and food stores have been destroyed, livestock have died, and fields will not be ready for the next planting season, increasing the risk of further food insecurity. MSF teams are continuing to provide safe drinking water to rural communities, with more than 20 million litres provided so far. The teams have also helped to distribute 15,973 hygiene kits to families of remote flood-affected areas. 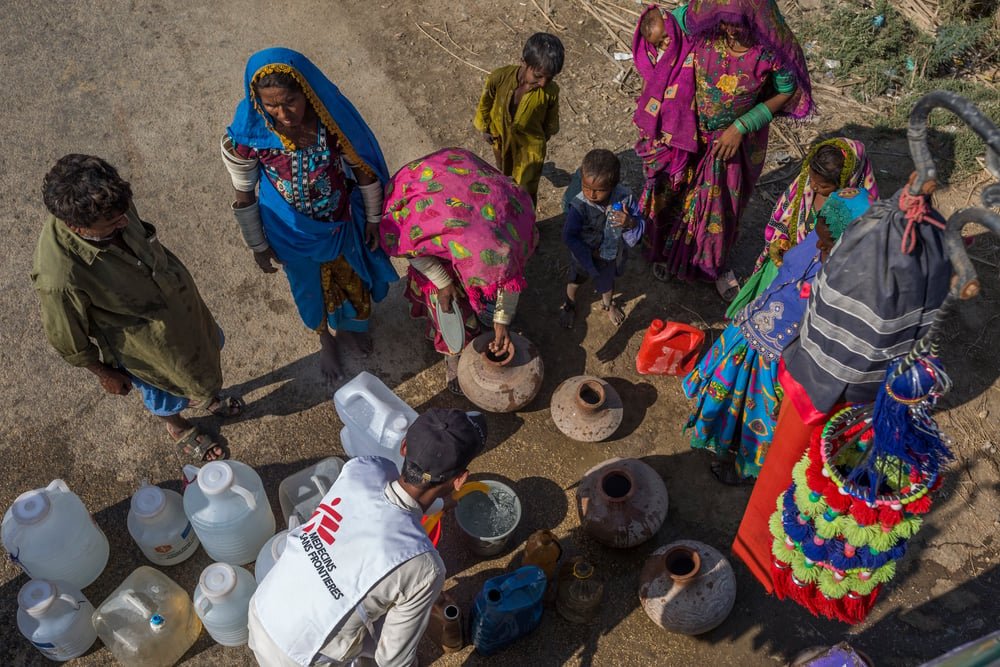 Asim Hafeez for MSF
Peoples affected by flood and rainwater and living in tents along the road collect water from the MSF water distribution tanker arrived in Khipro, Sindh province of Pakistan on 18th November 2022.

"Ensuring adequate food, water, sanitation, health care and shelter must be a priority for the international and national response to the catastrophic flooding in Pakistan," continues Taylor, "many people in affected areas have immediate, urgent needs that cannot wait."

Médecins Sans Frontières (MSF) is an international medical humanitarian organisation that delivers emergency aid to people affected by armed conflict, epidemics, natural disasters and exclusion from healthcare. MSF began working in Pakistan in 1986 and now has 1,738 locally hired staff and 53 international staff providing quality medical care to people in Punjab, Balochistan, Khyber Pakhtunkhwa and Sindh provinces. In 2022, over 50 international staff were additionally sent to support the flood response. MSF has been committed to supporting affected communities in Pakistan and has responded to natural disasters over the years. Hundreds of Pakistani staff, including medical and non-medical specialists, have been at the core of this response to emergencies, making it possible to reach those in need.