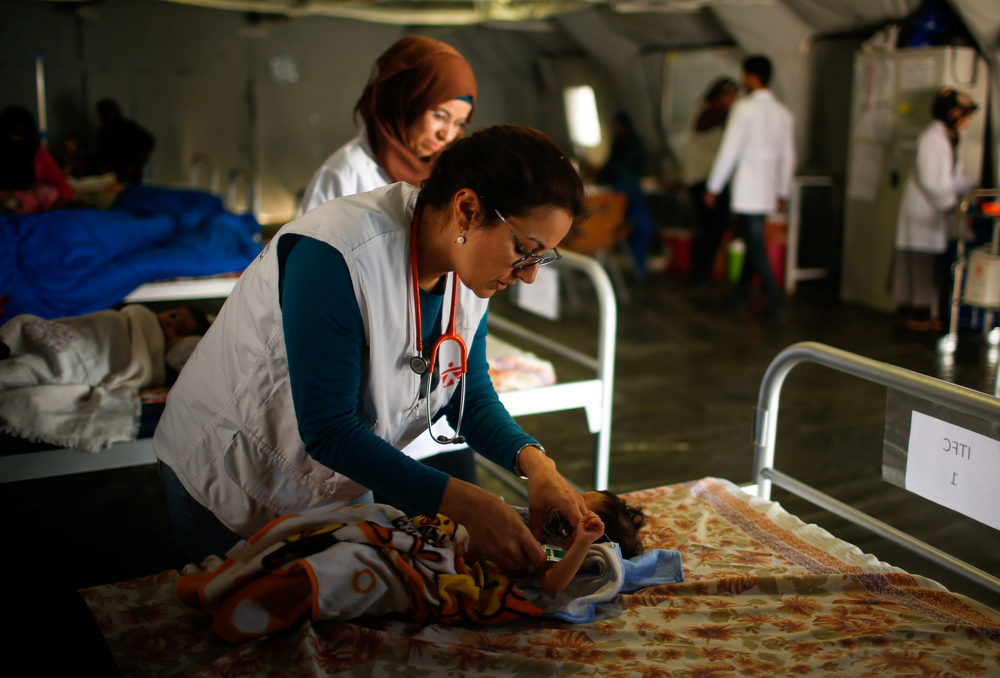 Have a look at our Month in Focus for an in-depth look at our work around the world this past month.

This month, we look at:

As fighting in Mosul intensified in February, MSF set up several facilities in the area. We are assisting hospitals and maternity centres and providing primary and mental health care in several displaced persons camps. At our specialised trauma unit south of Mosul we treat patients wounded by bullets, bomb blasts or shrapnel. "This is an emergency. We've treated 1,400 patients in the space of one month," says Hakim Khaldi, MSF project coordinator.

Every day, 12 women die of cervical cancer in the Philippines. MSF and local organisation Likhaan have teamed up to provide family planning and reproductive health services in the Todo slums of Manila, the capital. "We know that cervical cancer is one of the most preventable cancers there is. We want to give women a fighting chance," says Dr Junice Melgar, the Executive Director of Likhaan.

With a health system in a state of total collapse and the soaring cost of essential supplies, the people of Yemen are paying a very high price in this conflict. In August 2016, airstrikes forced MSF to pull out of several hospitals, including the Haydan hospital, bombed in October 2015. Thanks to Ministry of Health staff, the hospital managed to stay open - but with reduced services. Earlier this year, we were able to return.

The explosion of violence in Central African Republic in 2013 and 2014 was followed by a period of relative calm. But violence has once again erupted in the east of the country. The population is subject to killings and targeted attacks by armed groups. "We're afraid to leave the neighbourhood, we don't have freedom anymore," says Jamila, an MSF patient in Bria.

At the end of February 2017, the United Nations declared that 20 million people are on the brink of famine. The nutrition situation in Nigeria, Somalia, South Sudan and Yemen is extremely worrying: The UN estimates it will need 4.4 billion USD to assist them. MSF sheds some light on what defines a famine and what can be done to rectify it.

Voice from the field: Iraq

MSF psychiatrist Joelle Vernet discusses mental health consultations in the hospital south of Mosul. "I met mothers unable to cope with their children's pain and emotions."