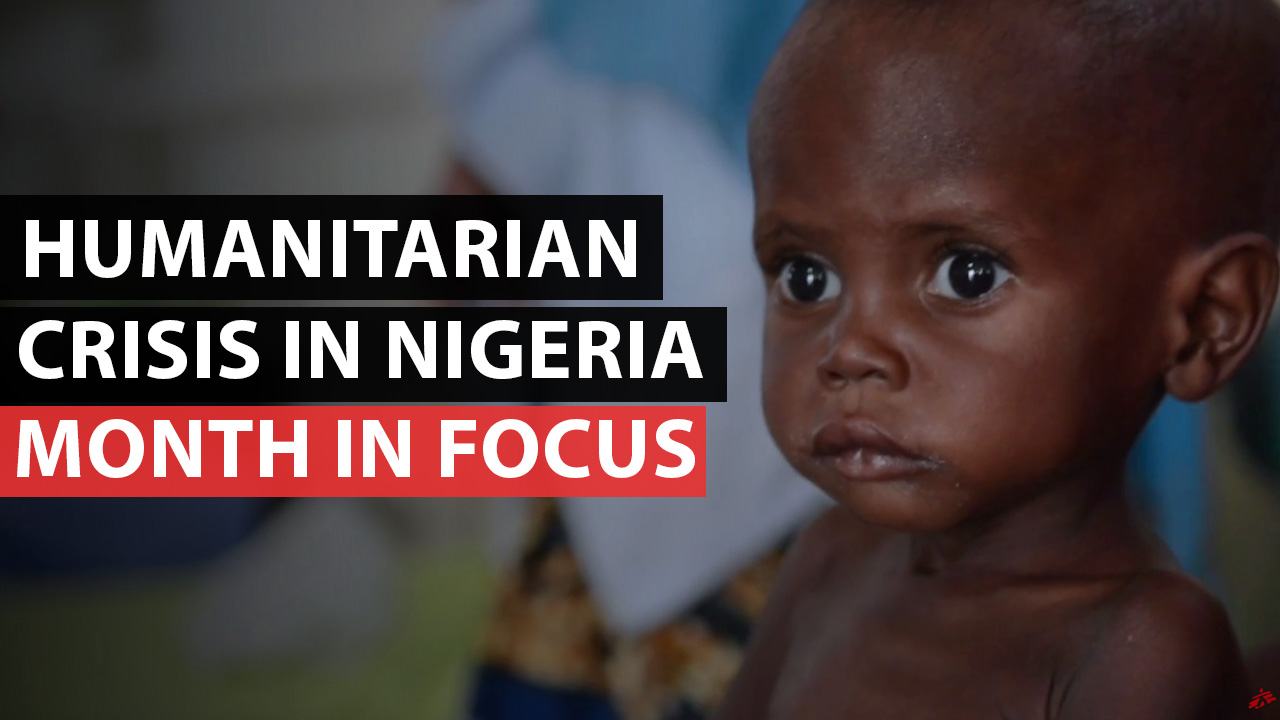 This Month in Focus looks at Médecins Sans Frontières (MSF) work with the humanitarian crisis in northeast Nigeria, search and rescue operations, issues facing Gaza, Iraq and Pakistan and the cost of curing hepatitis C.

In Borno State, in northest Nigeria, conflict has been raging between Boko Haram and the Nigerian army for years. At least 500,000 displaced people living in enclaves are in urgent need of humanitarian assistance in order to survive.

Maiduguri, the capital of Borno State, is providing refuge to over a million displaced people. And as the Nigerian army regains control of the main towns and some villages in the state, more and more people continue to arrive.

On 21 April, MSF resumed its search and rescue operations on board three boats. In three months and 66 operations, 8,484 people have been rescued and taken to shelter.

12 July, off the Libyan coast, the Bourbon Argos has just been contacted for a rescue operation. 541 people fleeing persecution and war in their countries are left with no choice other than to rely on people smugglers to get them to Europe.

In the summer of 2014, Israel launched military offensive Operation Protective Edge on the Gaza Strip. Cut off by a blockade since 2007, reconstruction efforts in Gaza are severely hampered.

By the end of 2014, 2 million Iraqis were displaced within their own country, half of them in Kurdistan, in the north of Iraq. Traumatised by the violence, they have lost everything, including any hope of being able to return to their homes.

Hepatitis C is a chronic disease transmitted through the blood. Severely affected patients develop cirrhosis of the liver and frequently require a transplant.

A new class of drug is now available - direct-acting antivirals. The pharmaceutical company Gilead produces Sofosbuvir which has almost no side-affects and can treat patients within 12 weeks with a 95% cure rate. It costs around €100 to manufacture but costs almost $100,000 dollars to treat one patient. The video discusses how cost and rationing is prohibiting the eradication of this chronic disease.