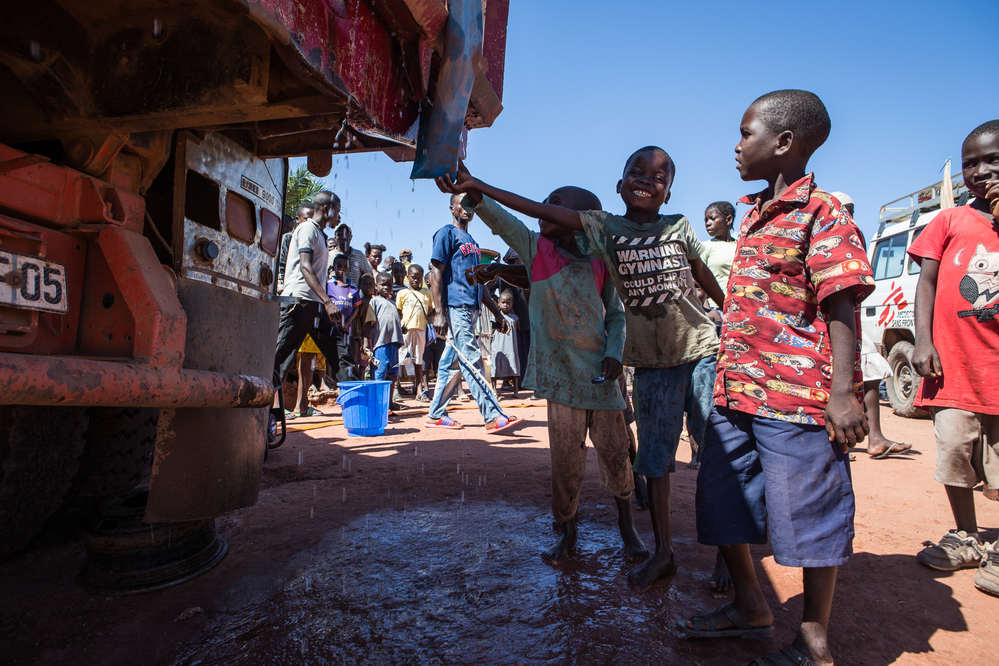 Watch our Month in Focus video for an in-depth look at our work across the globe this past month:

This month, we look at:

It has been eight months since the military offensive was launched to re-take Mosul from so-called Islamic State. Desperate to flee the fighting, many civilians have come under fire - and as a result, there is a dire need for post-operative care and secondary surgery in the country. Without the follow-up care they need, many people will not be able to live healthy lives.

"Artillery shells rained down on us, and my son was killed," recounts one mother at the MSF medical facility in east Mosul, just a few kilometres from the frontline. "He was 10-years-old." With more patients expected as the fighting continues in Iraq, we are adding 20 more beds to increase our capacity for care.

After fighting broke out in Bria town (CAR) last November, PK3 camp was set up to provide protection to 3,000 civilians fleeing their homes. That number has now exceeded 25,000. Due to overcrowding, lack of water, and makeshift shelters, the camp has now become a breeding ground for epidemics.

"We've had to open a mobile clinic to treat under-15 year olds for malaria," says Mumuza Muhindo, MSF project coordinator. "Conditions here are horrible, and we're worried there will an epidemic due to the shortage of water." Our teams are now working on improving water supply.

Hakobyan has a drug-resistant form of tuberculosis - following that, he developed hepatitis C. He's been on treatment for 16 months. Luckily, he has been able to beneift from a new generation of hepatitis C drugs called Direct Acting Antivirals (DAAs).

Three months on, the virus was no longer detected in his blood. "The programme is still in the early stages, but so far, all patients who've been put on these new treatments have had very positive results and only a few side effects," says Marie-Jean Pare, MSF country manager in Armenia.

Fighting between communities in eastern DRC has forced over 400,000 people from their homes in the past year. Many now live in makeshift camps deprived of the most basic necessities - including food and water. "If we don't do anything, these people will die," says Narcisse Wega Kwekam, MSF deputy emergency programme manager.

Yemen is currently facing an outbreak of cholera. In this part of the video, we invite you to imagine yourself as an MSF water and sanitation expert (WATSAN) sent here on assignment. You have three days to set up a 50-bed cholera-treatment centre. How would you use your skills to acheive this?

Voice from the field: Libya

Jean Guy Vataux is MSF's country manager in Libya. Here he discusses the fate of migrants falling prey to people smugglers, way before they reach the Mediterranean Sea. "People with insufficient money - or luck - can be kept prisoner for several weeks, or even months," he explains. "They are forced to work for nothing, living in appalling conditions worse than in the detention centres. Not an insignificant number of them end up dead."

Since the end of 2016, there have been 4,100 deaths from meningitis C in Niger and Nigeria. In partnership with the health authorities, we have vaccinated 600,000 people against the disease. Yet there are still too few vaccines available - preventing people from getting what they need.

more stories from the frontline >