Tens of thousands of refugees have fled the Tigray region of Ethiopia after conflict erupted in early November 2020. The escalating conflict is already affecting hundreds of thousands of people, and it runs the risk of destabilizing other parts of the country and the region, with potentially catastrophic humanitarian consequences.

On 4 November, Ethiopia’s prime minister ordered military action against the Tigray People’s Liberation Front (TPLF) in the Tigray region, in northern Ethiopia, following an attack on a military base. The escalating conflict is already affecting hundreds of thousands of people, and it runs the risk of destabilizing other parts of the country and the region, with potentially catastrophic humanitarian consequences. 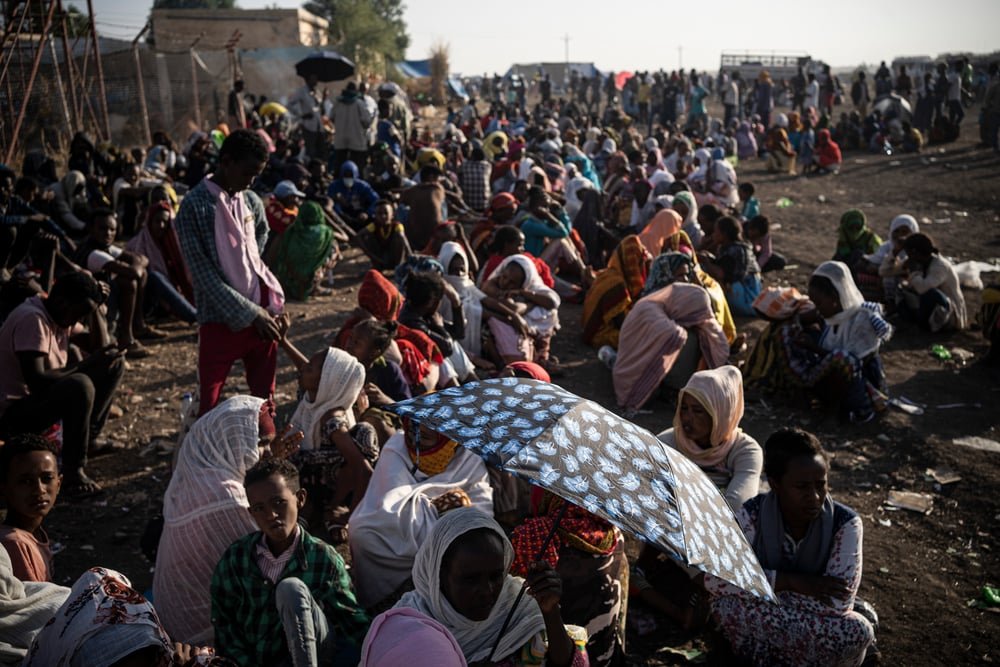 On 7 November, the first wave of people from Ethiopia started to arrive in Sudan. As of 25 November, UNHCR had registered 42,000 arrivals but the number is likely higher, as many have not been registered.

Below is an outline of what are teams are seeing, and how we’re responding, at two of the areas that are accommodating Ethiopian refugees in eastern and southeastern Sudan.

Teams from MSF are present at the crossing point in Hamdayet, where they are witnessing first-hand people crossing the river that separates Ethiopia from Sudan. Many people tell our teams that they fled their homes abruptly and quickly, without even being able to pack basic supplies for the journey. They left their belongings behind and had to walk for hours, and sometimes days, in a very harsh, arid environment before they reached Sudan.

"In Tigray, the people are hiding in the bush, young and old. We had to leave. I came with two pairs of trousers."

Upon arrival in Sudan, the vast majority of refugees are located in a transit and border area of Hamdayet, where shelter, access to food, sanitation and clean drinking water continue to be significant issues. Most refugees in Hamdayet, specifically those without shelter, are having to sleep in the open – near the roads, under trees – and are staying in a market area in Hamdayet village. 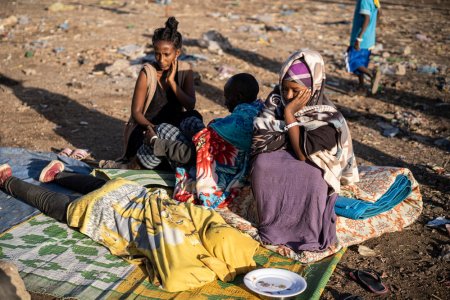 Some people are being hosted in homes and, so far, people living in border villages in Sudan have been very open and supportive towards their neighbours from Ethiopia.

We are also seeing people cross back to Ethiopia, either to help bring family members who stayed behind, or to collect their belongings. Some are going back to sell their assets and return to Sudan with money.

A small number of the people arriving are originally from Eritrea, and they were previously displaced into Ethiopia, before now fleeing again to Sudan.

help us save lives: donate now >

The first MSF team arrived in Hamdayet on 16 November and three days later, we began running activities. As a first response to address the needs of the growing numbers of refugees, the MSF team working at this crossing point have started providing healthcare, health promotion messages, mental health activities, and screening the new arrivals for their nutrition status. 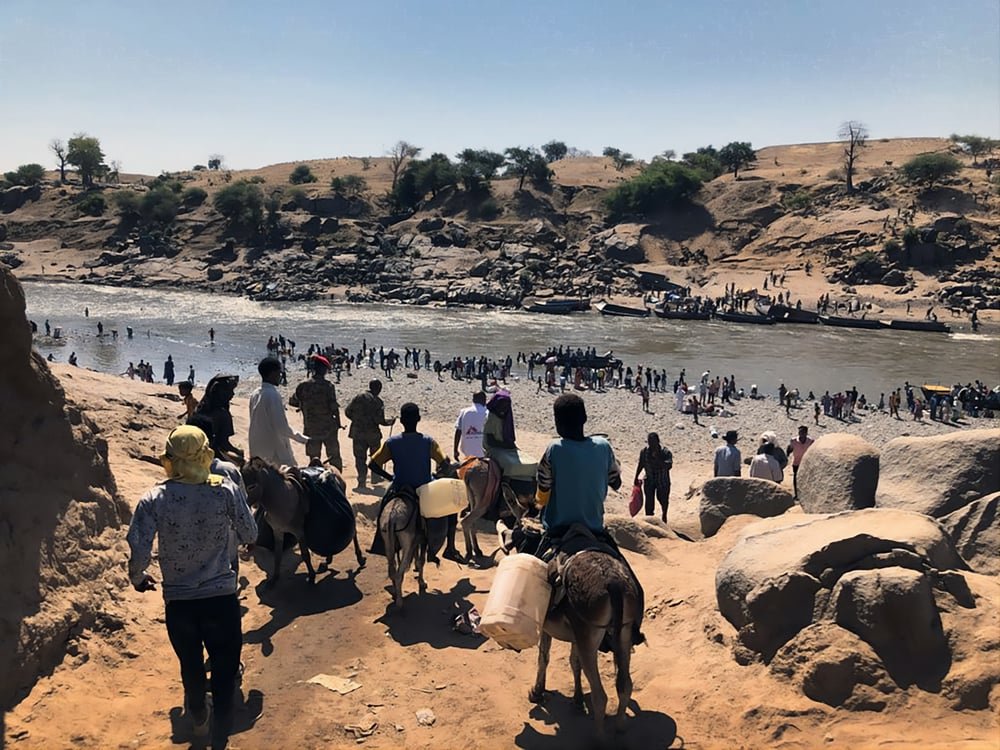 Jason Rizzo/MSF
The Hamadayet border crossing, where refugees from Ethiopia cross the river into Sudan.

We are also carrying out water and sanitation activities. Our teams in the clinic we set up are currently undertaking about 300 consultations per day; the highest number of illnesses being related to respiratory infections, malaria or diarrhoea. A small number of wounded refugees and some people who have experienced gender-based violence have been seen at the clinic and there are many people requiring continuing treatment for chronic conditions such as tuberculosis and others.

After screenings and registration by the UN, some people arriving in Hamdayet are being placed on buses and driven to Um Rakuba camp in Gedaref state, the only official operational camp in the area dedicated to arrivals from Ethiopia. Um Rakuba is a 7-8 hour drive from the border. The camp is

meant to host 10,000 people; it already hosts more than 8,000 people. Discussions are ongoing about establishing an additional camp to host people as the number of refugees continues to increase. 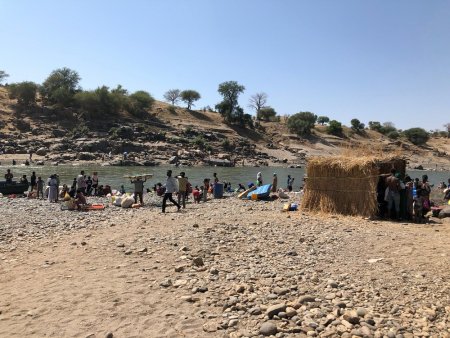 The sanitary conditions in the camp are extremely poor. There aren’t enough latrines, and people are forced to defecate in the open.

In Um Rakuba camp, MSF teams provided 453 medical consultations between 19 and 23 November. The teams there are treating mostly diarrhoea and urinary tract infections.

Two patients arrived with bullet wounds and were referred to Gedaref hospital for further treatment.

Fifteen people with severe acute malnutrition, and 154 people with moderate malnutrition were identified and given nutritional supplements. Some people are showing symptoms of anxiety and insomnia due to the violence they saw or experienced in Ethiopia, and the conditions of their journeys to Sudan.

"I saw many people dying, even old people"

“On 3 or 4 November, I was working in the shop, suddenly I heard war sounds, very loud noise,” said a young Ethiopian man in his mid-30s who shared his story with Medecins Sans Frontieres (MSF). “I don’t know why they are fighting, I saw many people dying, even old people, I know so many of them. I’m confused, I don’t know why they did this.” 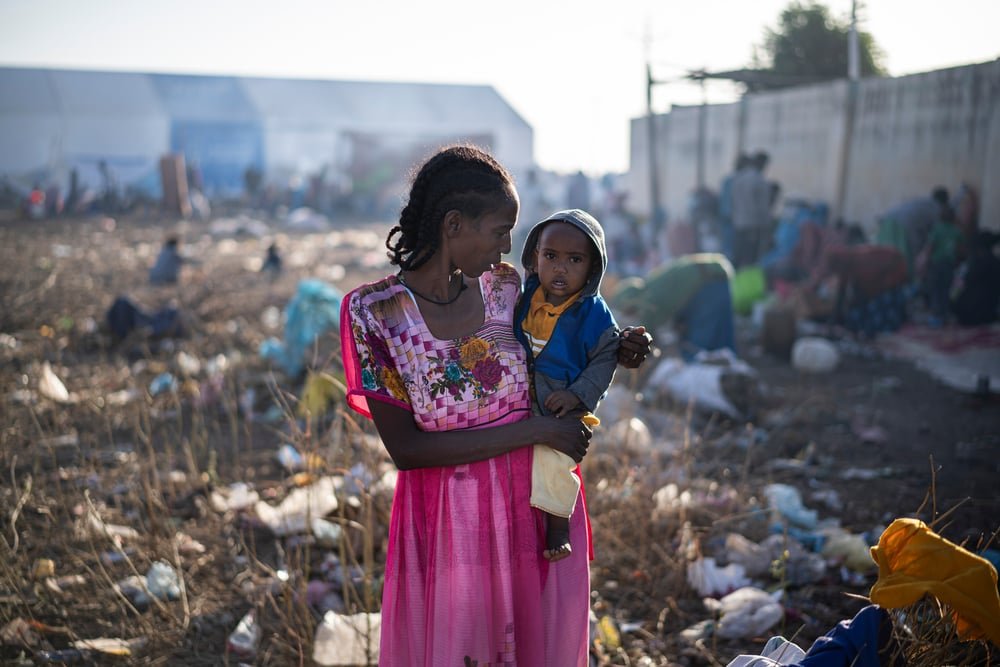 “In Tigray, the people are hiding in the bush, young and old. The most difficult is that we have no money, nothing to cook, no one brought anything from their home,” he added. “We had to leave. I came with two pairs of trousers. Before the war started, electricity, the phone network, the banks, were all closed. I have money back there but not here.”

Shortage of drugs for chronic illnesses

One major issue the team is facing in this area is the shortage of medications for non-communicable diseases and chronic illnesses. We are working with other organisations locally to secure needed supplies.

Our team has also identified many doctors among the arrivals from Ethiopia, who are staying in the camp as refugees. Since staff from humanitarian organisations are not allowed to stay overnight in the camp, we are working with these doctors to find a system that allows for 24-hour medical support.

In Khartoum, the MSF team is negotiating with authorities to facilitate the import of medical supplies and urgent visa processes for additional staff to come into the country for this emergency.