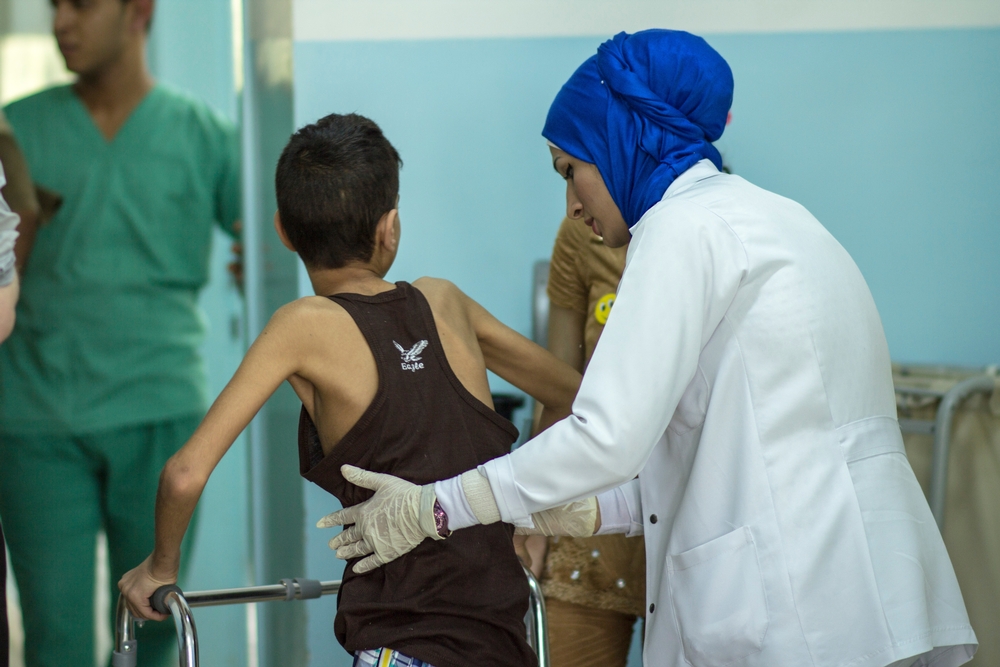 Five years of unrelenting violence in Syria have left thousands of ordinary men, women and children with devastating injuries, yet unable to get the specialist medical care they need in Syria’s overwhelmed field hospitals.

But specialist treatment is available across the border in Jordan, in an emergency surgery project run by international medical organisation Médecins Sans Frontières (MSF) in Ramtha government hospital.

Read the report: 'Life After the Rubble'

In its new report, Life after the rubble: The journey taken by war-wounded Syrians to rebuild their bodies and minds in Jordan, MSF describes the challenges and successes of providing medical care in Jordan to victims of the Syrian war, while MSF’s patients tell their own, often heartbreaking, stories.

All MSF’s patients arrive at Ramtha hospital’s emergency room in a critical condition, many of them are barely clinging on to life.

“I have treated babies with brains full of shrapnel, children who have jumped onto live landmines, and young women who have lost arms, legs, up to 10 kg of soft tissue," says MSF surgeon Dr David Elliott. 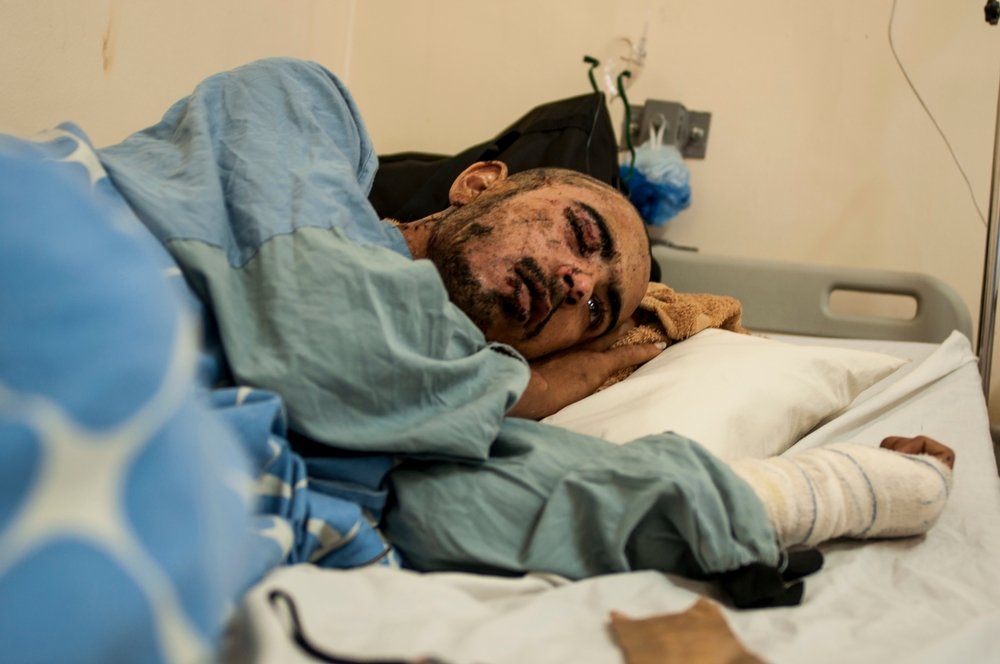 Isidro Serrano Selva
"Before the war, I was working in a company which sells medical products in Damascus. I dream of a normal life, of getting married, and of living in peace back in my home country", says Yunes, a war-wounded Syrian patient from Dara'a lying in one of the 40 beds at MSF Ramtha Surgical Project.

Of the 1,963 injured Syrians received at Ramtha hospital in the past two years, three-quarters have blast injuries caused by high-explosive weapons, including barrel bombs.

Others have injuries from landmines and cluster munitions, banned under international law.

The complexity of their injuries means that most patients need to undergo multiple rounds of surgery. 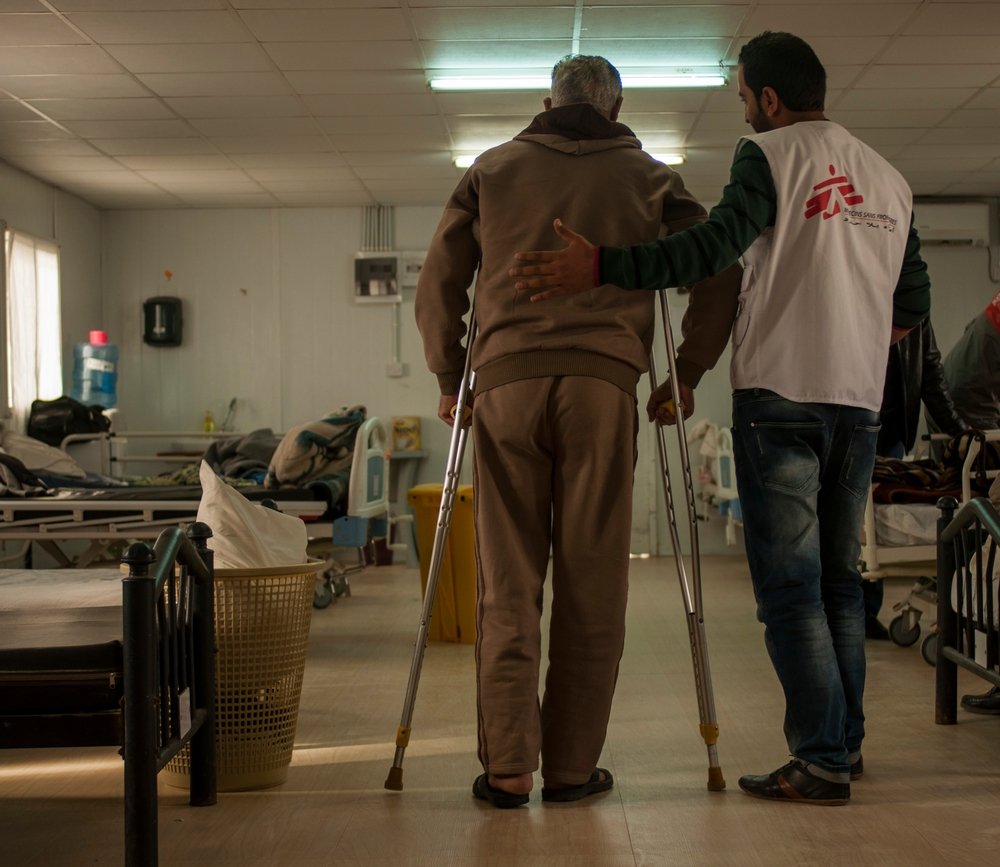 The road to recovery is a long one. After surgery, patients may need months of post-operative care, including physiotherapy and psychosocial support, which MSF provides at its rehabilitation clinic in Zaatari refugee camp.

With three in ten of the wounded children arriving unaccompanied, without family members to care for them, MSF highlights the urgent need to facilitate family reunification for war-wounded children in Jordan and their parents in Syria.

Patients with spinal cord injuries, and those requiring long-term convalescent or palliative care, struggle to find the care they need in Jordan, where existing facilities are overwhelmed. 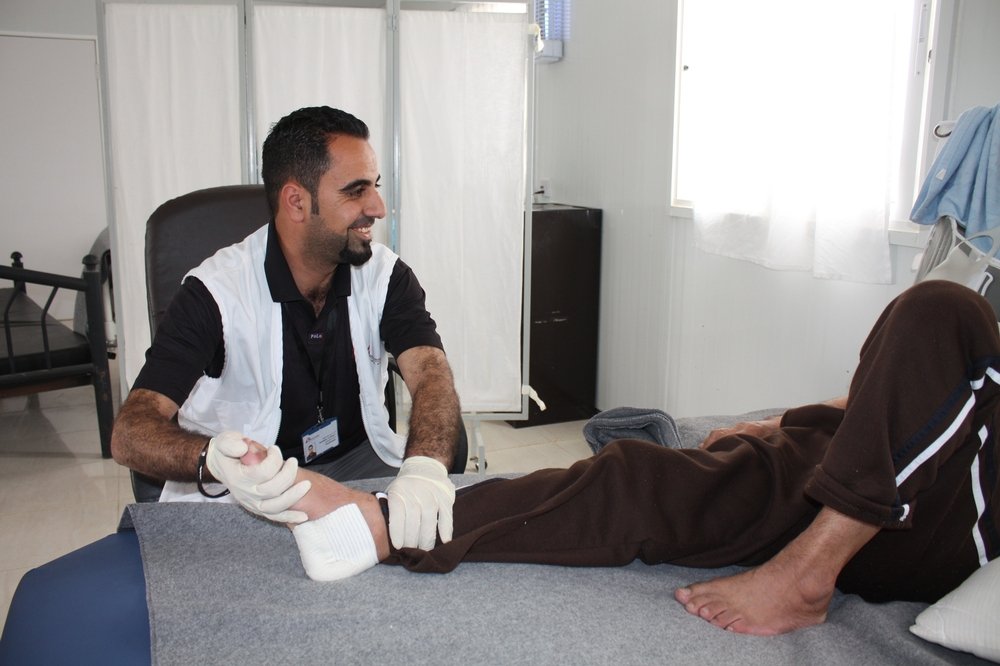 Åsa Nyquist Brandt/MSF
Nouridden Thyabat, physiotherapist, is treating one of the patients in the male ward, in order to decrease pain and increase mobility.

MSF ends its report by calling for continued international support in 2016 for a medical response to war-wounded Syrians in Jordan.

The first week in January saw a sharp rise in the number of wounded arriving in Ramtha – and these numbers look set to grow.

No reminder is necessary that for every patient cared for in Ramtha, there are hundreds of others within Syria still in urgent need of lifesaving medical treatment.