December 9th, 2021- Médecins Sans Frontières teams have resumed food distributions in southern Madagascar that is in the grip of a severe food and nutritional emergency. Now the lean season, families in this desert region are surviving thanks to food assistance and water distributions. 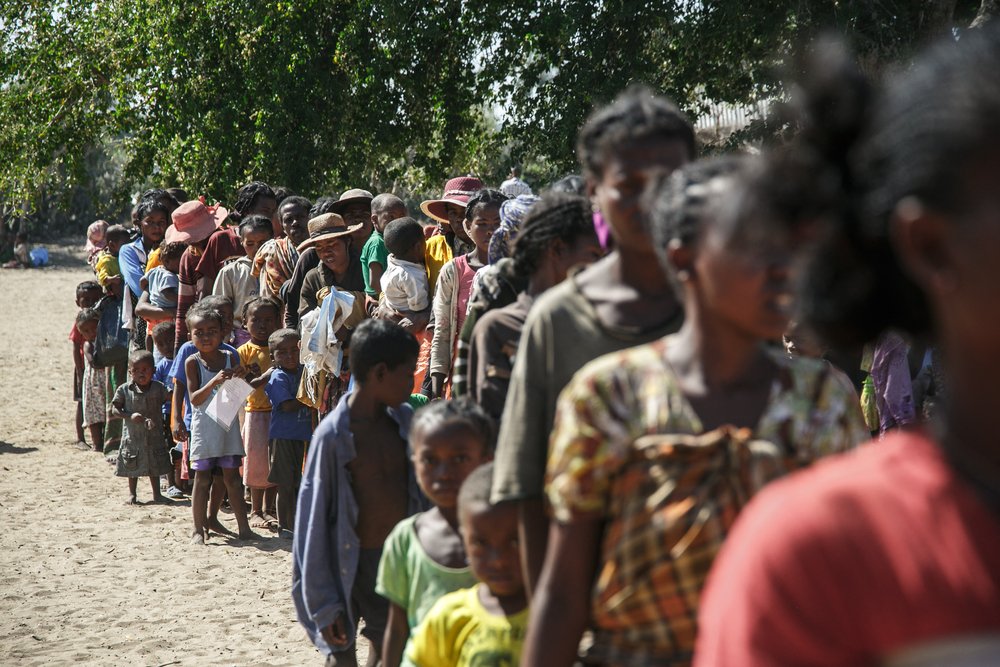 © RIJASOLO / AFP
Beneficiaries wait their turn to be consulted by Doctors Without Borders (MSF) mobile clinic medical staff in the village of Befeno, Commune Marovato. (September, 2021).

“This is the lean season. Crops have run out and there’ll be nothing to harvest until next spring,” explains Anaïs Prudent, MSF’s emergency coordinator in the country. “Without food assistance families will have nothing to eat.” 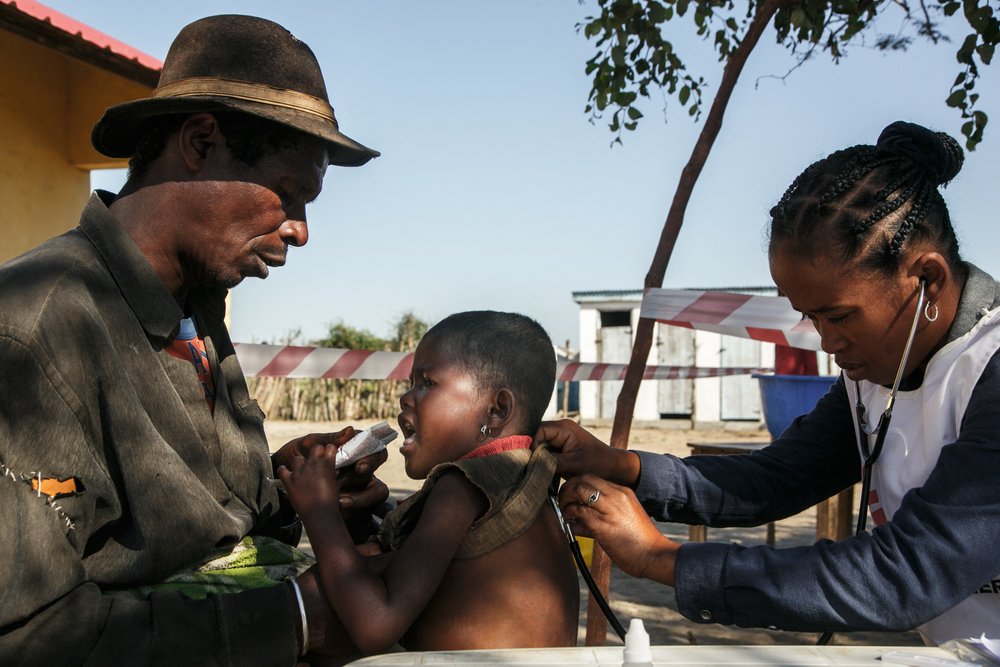 © RIJASOLO / AFP
Fitamantsoa, the father of Satinompeo, a 5-year-old girl who weighs only 11 kg and shows signs of severe malnutrition, accompanies her while she is consulted urgently by Dr. Lina Soatineza (September, 2021).

Resumed in mid-November, food distributions are held near six mobile clinics set up in various locations across Amboasary and Ambovombe districts in southern Madagascar. 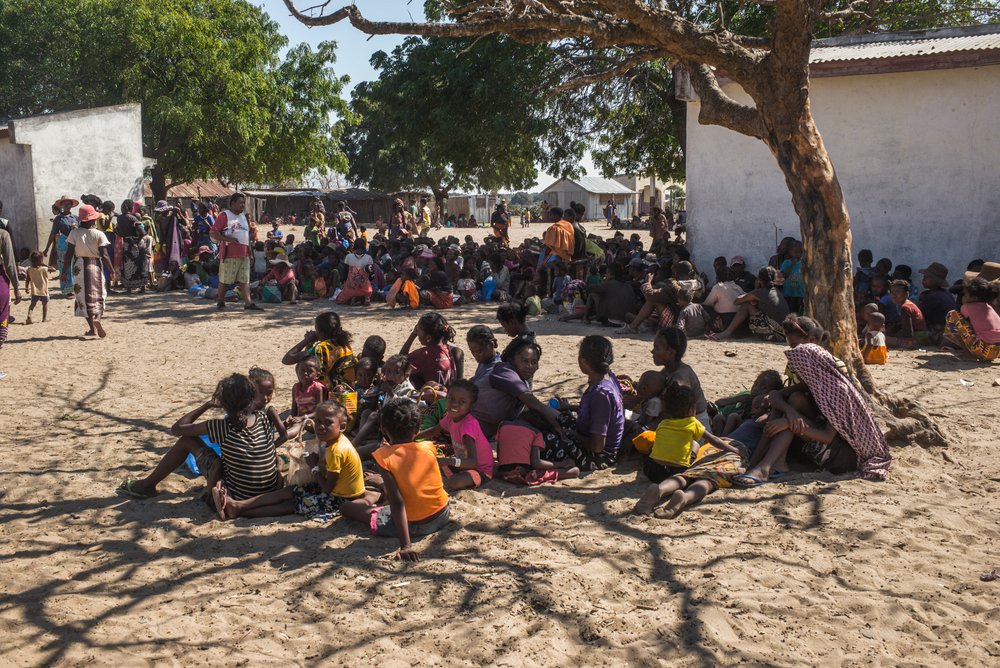 © RIJASOLO / AFP
Since March 2021, MSF has set up a permanent presence in the South of Madagascar, in Amboasary Atsimo and Ambovombe, in order to urgently help populations. (September, 2021).

The food rations help to meet some of the nutrition needs of families whose children are treated in the clinics.

MSF teams began responding to the crisis in March.

In July, as small quantities of sweet potatoes were harvested, they saw a relative improvement.

But, the onset of the lean season and complete lack of food stocks are once again aggravating the situation. 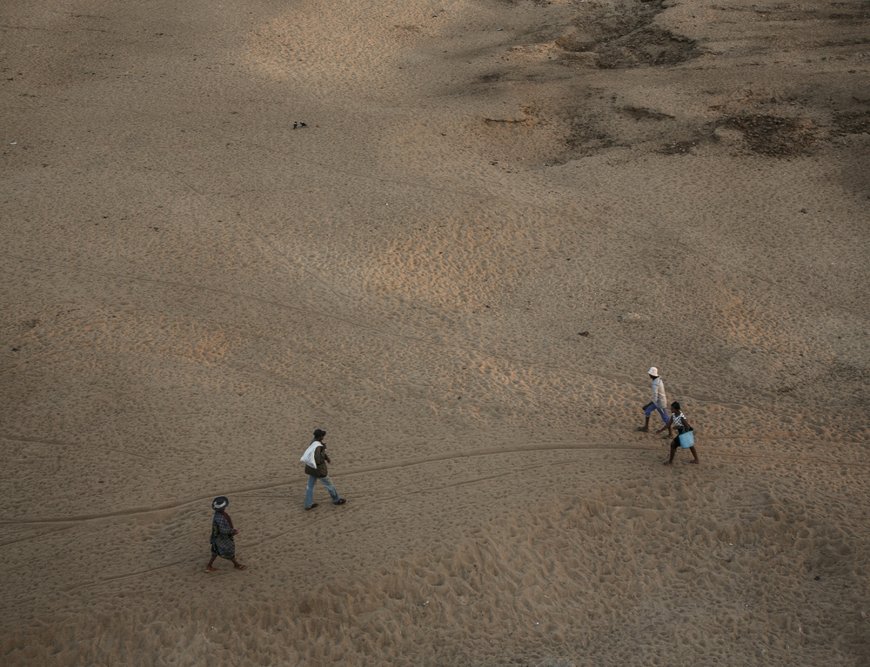 © RIJASOLO / AFP
People cross the Mandrare riverbed which is often dry during the southern winter (between April and October), near Amboasary Atsimo on the National Road 13 (RN13). (August, 2021).

Today families survive on cactus roots and leaves that frequently make them sick.

While some markets in the region – like in Ambovombe – are well supplied, food prices have risen sharply, which means most people cannot afford them.

"If we want to avoid having to treat thousands of malnourished children over the next few months, we must continue food distributions. They’re vital."

By the end of November, almost 9,500 children under the age of 10 had been treated in MSF’s mobile clinics. 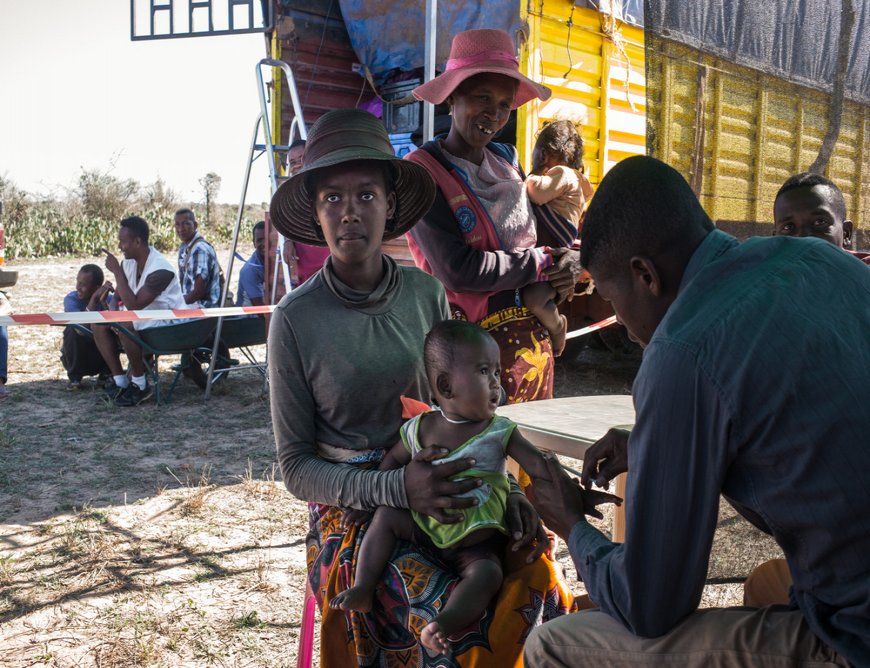 © RIJASOLO / AFP
A nurse from the Doctors Without Borders (MSF) mobile clinic vaccinates a baby against tuberculosis, polio and measles in the village of Tanarake, Commune of Sihanamaro. (September, 2021).

The population in the south of the country, which is mostly desert, are scattered in small groups of a few dozen people.

When they are in drought-affected areas, the further from towns they are, the more vulnerable and more likely they are to be at risk of malnutrition. 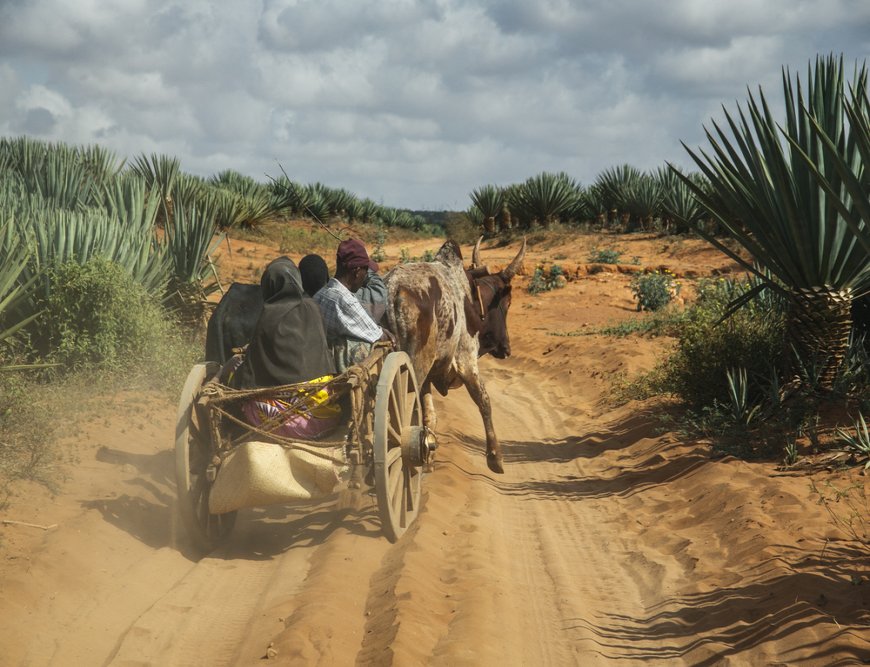 “We’ve treated children who’ve had nothing to drink for over 24 hours and don’t have the energy to feed themselves… I remember a baby who was 8 months old and weighed just 3.6 kilos,” says Prudent.

"I remember a baby who was 8 months old and weighed just 3.6 kilos”

"Some of the children who are chronically malnourished and stunted develop severe acute malnutrition as soon as the first shortages set in.”

© RIJASOLO / AFP
People cross the Mandrare riverbed which is often dry during the southern winter (between April and October), near Amboasary Atsimo on the National Road 13 (RN13). (August, 2021).

"This way we know communities will have access to water for two to three years at least," MSF’s coordinator comments. 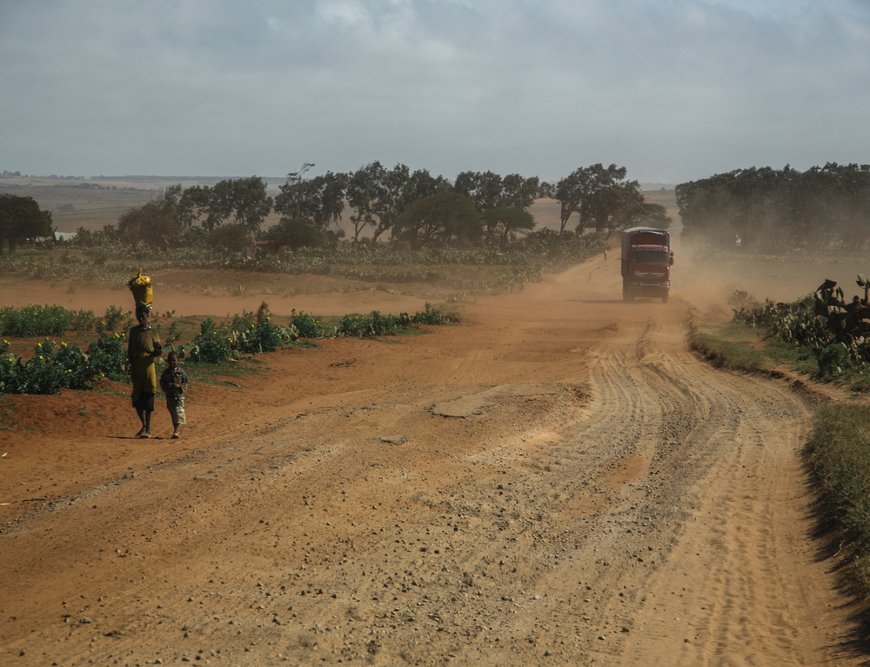 © RIJASOLO / AFP
For decades the South-East of Madagascar has been a victim of the "Kere" phenomenon, the food crisis due to a period of intense drought that causes a sudden stop of the cultivation of crops by the farmers for several months each year. (August, 2021).

40 hand pumps in the area are now working again, 10 deep boreholes are being drilled to ensure an adequate supply of water and 400 cubic metres of water brought in by truck have been distributed to local communities.

“We anticipate no improvement in the weeks to come. The assistance we give people here is vital to help them get through until the next harvests,” Prudent concludes.