December 6th, 2021- MSF teams have treated 163 patients with shrapnel, blast and other conflict-related injuries at its trauma hospital in Mocha, Yemen between November 8th and November 28th as conflict heavily intensified, raising urgent concerns for the health and safety of the population as well as the capacity of the health system to cope with influxes of conflict-related injuries. 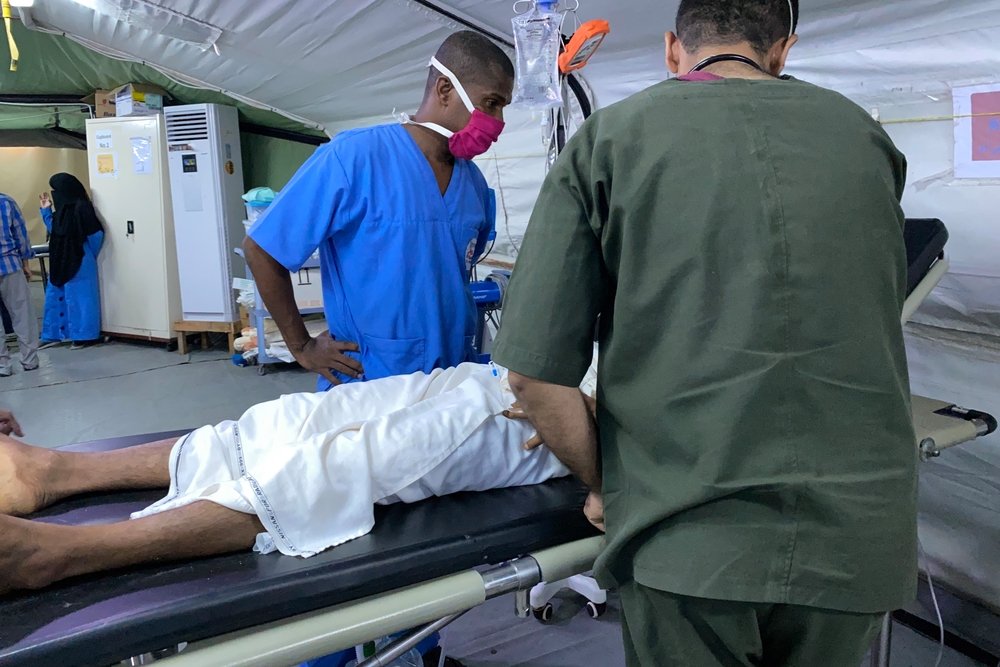 Athmar Mohammed/MSF
MSF teams have treated 163 patients with shrapnel, blast and other conflict-related injures at its trauma hospital in Mocha, Yemen. (November, 2021).

“We’ve responded to two mass casualty events in the last few weeks. In each case more than 30 patients have arrived in a short timeframe from front-line areas, and we’ve expanded our capacity to ensure try to continue to cope with large influxes of war-wounded patients,” says Miodrag Jevtovic, MSF head of mission in Aden.

“But other medical facilities close to front-line areas also tell us they have been overwhelmed with the numbers of patients admitted.”

On November 12-13, teams received 34 wounded in two days and surgical teams worked around the clock to perform 20 surgeries in a single day. 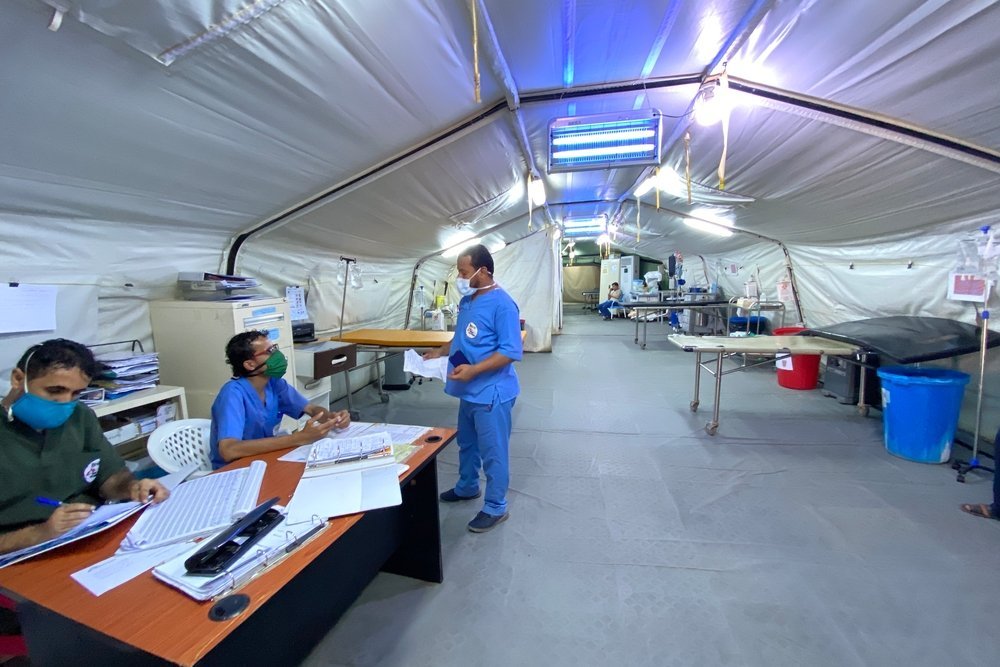 Athmar Mohammed/MSF
MSF teams have treated 163 patients with shrapnel, blast and other conflict-related injures at its trauma hospital in Mocha, Yemen. (November, 2021).

The following week, a second mass influx of 45 patients arrived to the hospital, including seven in critical condition. MSF performed 24 surgeries in response.

Of the 163 patients received by MSF since November 8th, 96 have arrived in with serious or critical condition.

Patients are coming to us from front-line areas and have included residents who tell us they were caught in shelling or crossfire and whose family members have struggled to find them after their loved ones were referred to hospital. 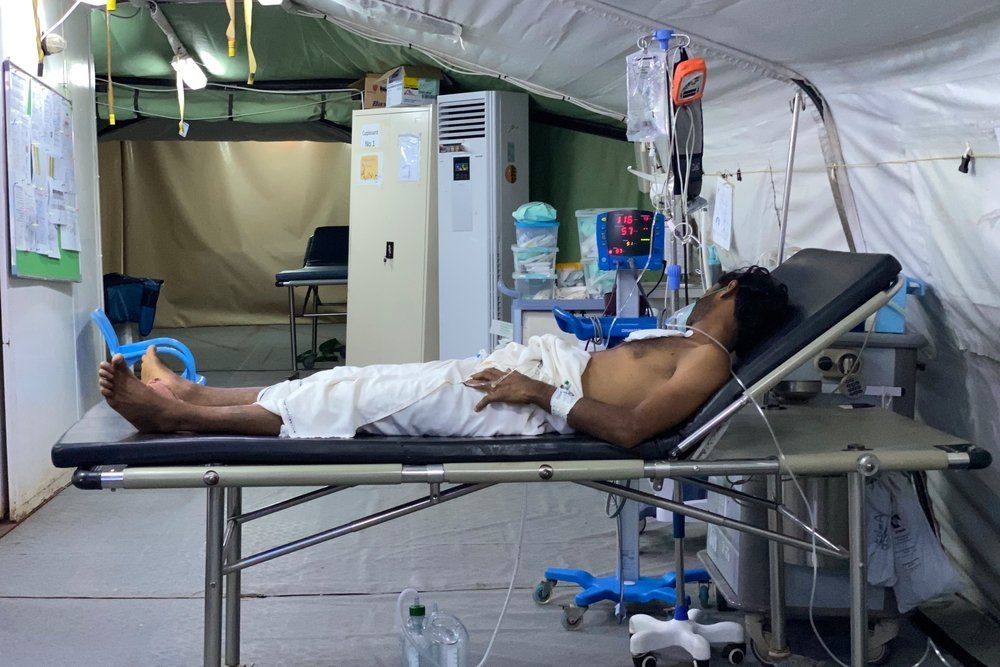 Such was the case for Sahar, a resident of Al-Tuhayta District, whose elderly father Ayyash was injured.

“My father had been missing for nearly 8 days, and we were looking for him." 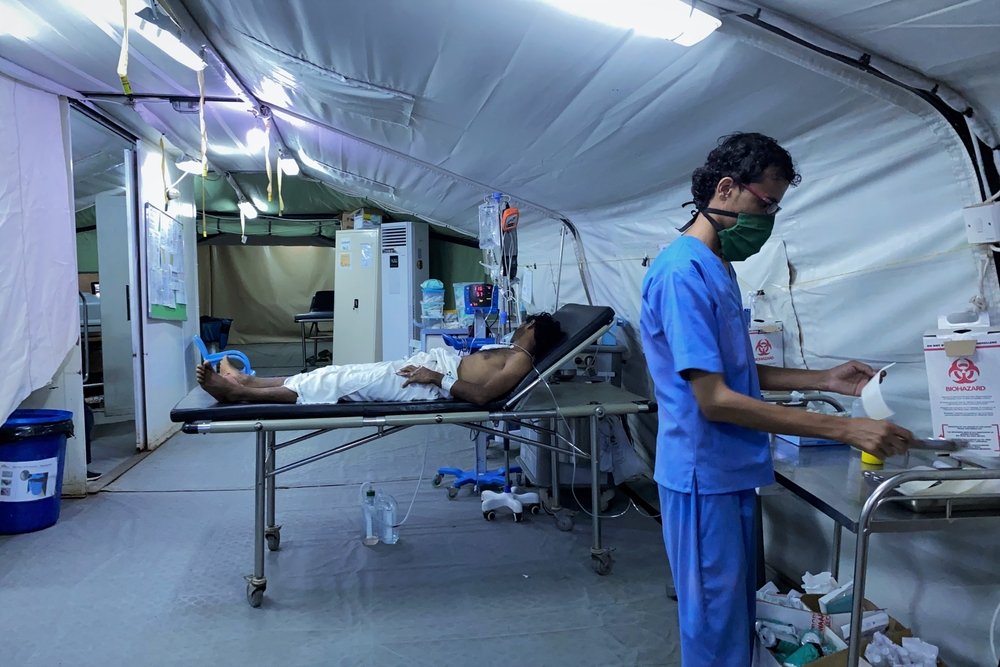 "We tried to ask the villagers about him, and some told us that he was among the wounded,” said Ayyash, who undertook a long journey down an uninhabited road known for landmines to finally find his father at the MSF hospital in Mocha.

"I did not expect to find my father alive”

His father had been wounded but when Ayyash arrived to the hospital in Mocha he was relieved to find his father recovering well after surgery.

Another resident, Yassin from al-Nakhla, told MSF he was in his barn when it was suddenly hit by an explosion. 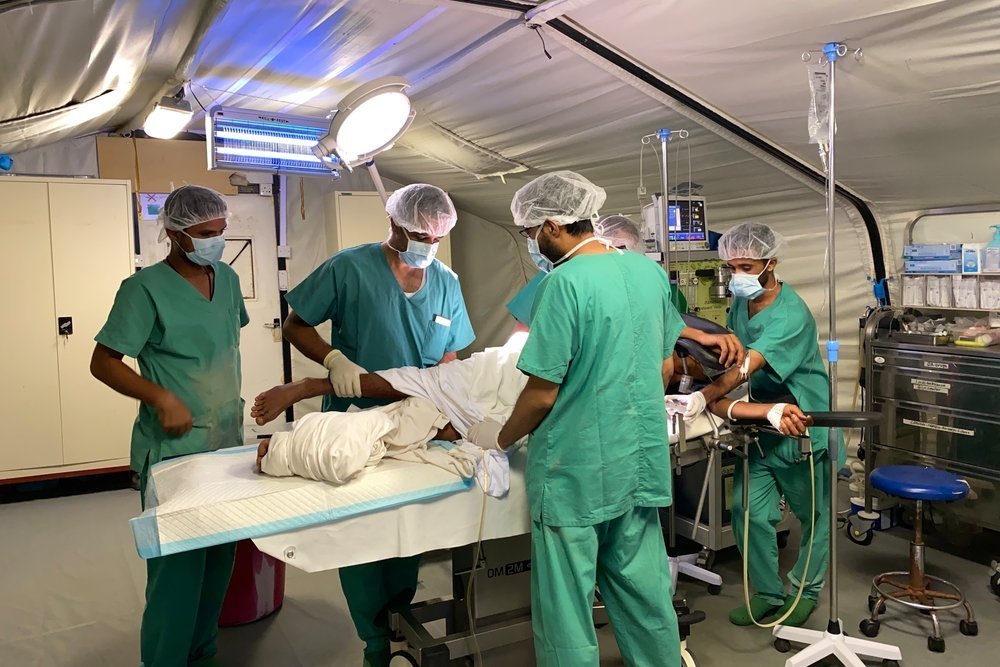 Hareth Mohammed/MSF
The Operating theatre at MSF’s trauma centre in Mocha, in the Red Sea Coast region of Yemen (September, 2020).

“That was like any morning I had for the past 70 or 80 years of my life, until a mortar shell suddenly landed right in the barn."

"At the very first moment, I couldn’t feel my leg,” says Yassin. “Thank God, no one else in my family was injured though I lost all of my cows and sheep.” 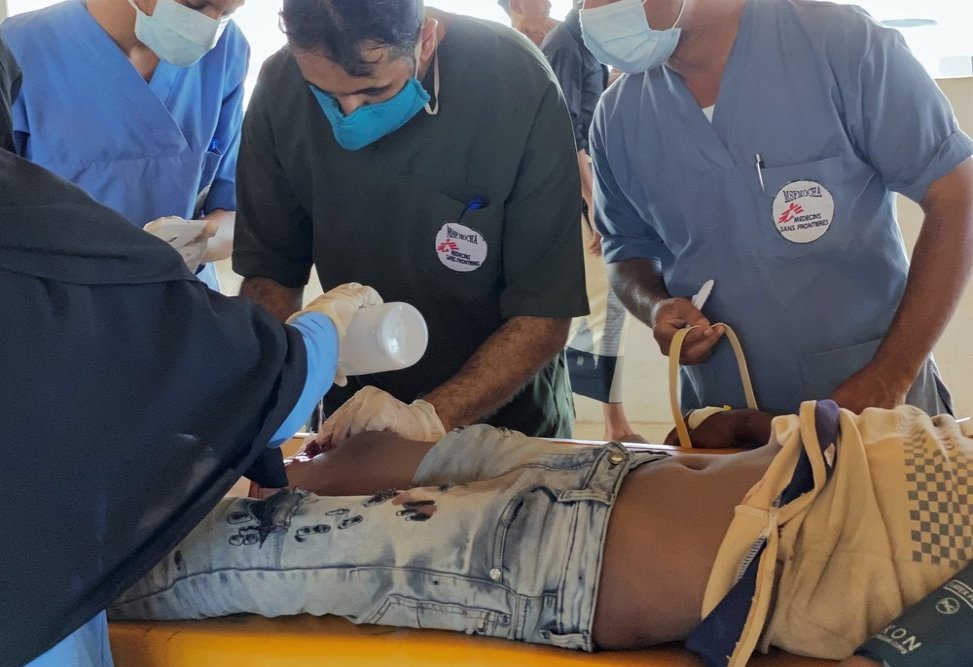 Athmar Mohammed/MSF
On November 12-13, teams received 34 wounded in two days and surgical teams worked around the clock to perform 20 surgeries in a single day. (November, 2021).

“My family and I chose to live for so many years in the countryside for the sake of safety and security and because we work  with livestock,” he said.

“My leg was damaged a lot and I thought I could lose it."

Now after the surgery I’m optimistic but I still need to go to Aden to complete the treatment and install a plate for it,” he said, adding that all his livestock were killed in the blast and he is not sure how his family will now sustain themselves.

As the conflict continues in southwest Yemen, MSF continues to receive more wounded each week, raising urgent concerns for the health and safety of the population which has already been affected by years of conflict and displacement. 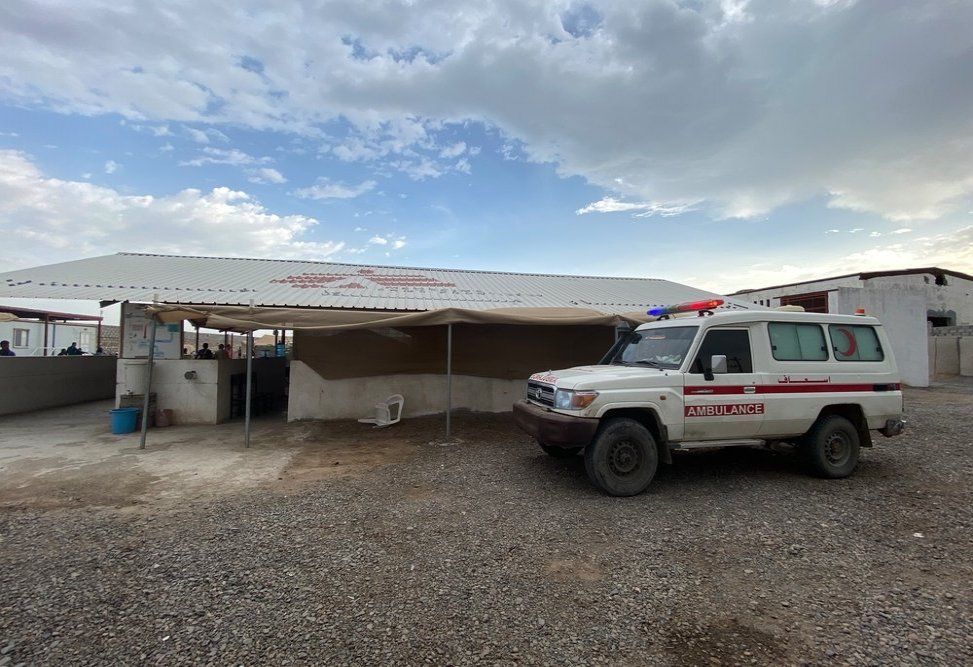 Hareth Mohammed/MSF
Ambulance on stand-by outside the ER department of the MSF trauma hospital in Mocha. (September, 2020).

“This is just the latest episode in a years-long conflict and humanitarian crisis in southwest Yemen, and we are deeply concerned for the population who have already been through so much,” says Jevtovic.

MSF has been operating a surgical field hospital in Mocha since 2018 in response to the conflict-related medical needs of the population in southwest Yemen. MSF operates projects across Yemen to provide healthcare to populations affected by conflict, outbreaks and other medical needs. MSF adheres to humanitarian principles of humanity, neutrality, independence and impartiality and does not accept any funding from foreign governments for its medical activities in Yemen.