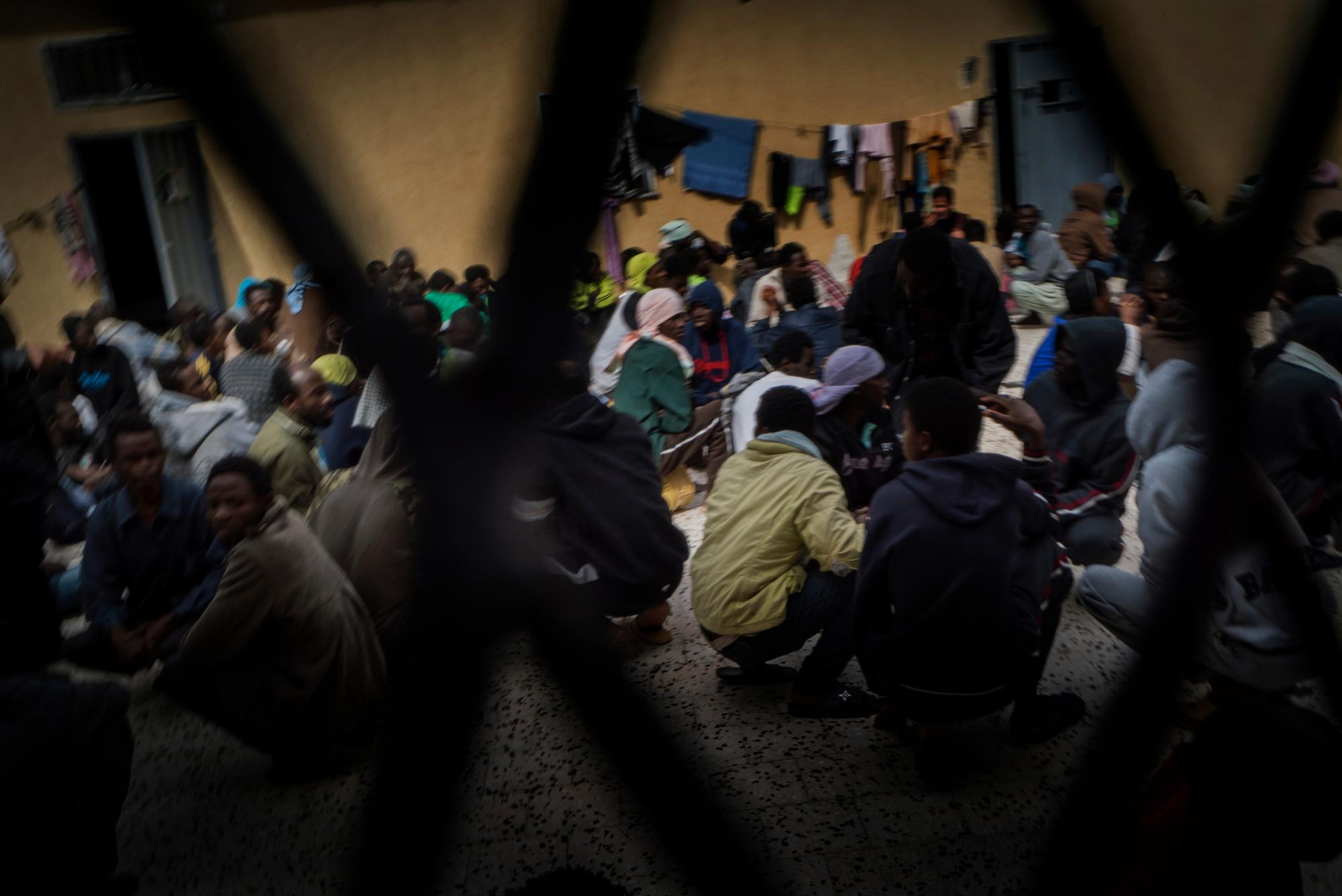 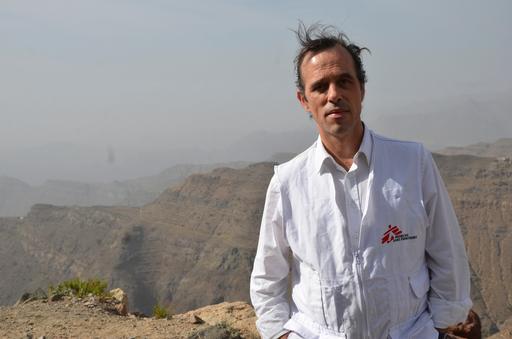 As EU leaders met in Malta on February 3, 2017 to discuss migration, with a view to “closing down the route from Libya to Italy” by stepping up cooperation with the Libyan authorities, Médecins Sans Frontières (MSF) raised grave concerns about the fate of people trapped in Libya or returned to the country.

“With their 'Malta Declaration' on the Central Mediterranean, the European Council is delusional about just how dangerous the situation in Libya really is," said MSF's general director, Arjan Hehenkamp.

"Those we rescue on our boats tell us that people still there are starving in detention centres, harassed and abused. The last thing these people need is for the EU and Italy to join the list of predators."
arjan hehenkampmsf's general director

"This declaration is yet more evidence that the EU Leaders’ only aim is “stemming the flow”.  Today was not about saving lives, it's clear that the EU is ready to sacrifice thousands of vulnerable, men, women and children in order to stop them reaching European shores. 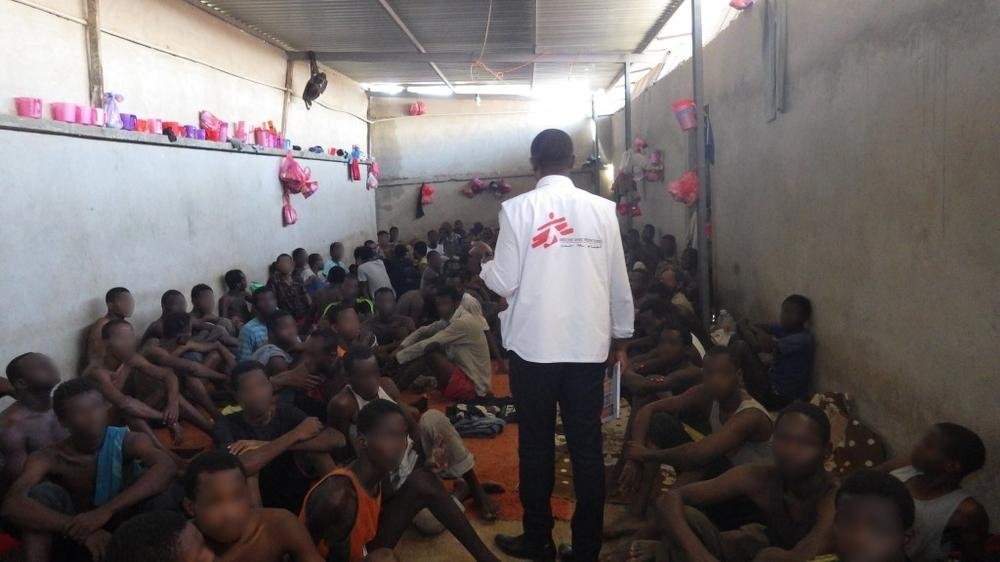 MSF
Conditions inside the detention centres do not meet any national, regional or international standards. They are dangerously overcrowded with a lack of natural light and ventilation. In some facilities, the amount of space per detainee is limited to as little as 0.41m2 per person.

A plan to keep people away

"The declaration does not refer to any alternatives for people who are unable to stay in Libya and would be at risk if they were returned home. The suggested ways of improving the situation in Libya for refugees and other migrants are dangerously lacking in detail. In short, the plan, is nothing more than another attempt to keep them away from European shores.”

“The European Union and its Member States need a reality check. Libya is not a safe place - there is no way this can be considered a humane approach to migration management.”
Arjan hehenkampmsf'S GENERAL DIRECTOR

Arjan has just returned from Tripoli after visiting migrants, refugees and asylum-seekers detained in the Libyan capital. “There is currently a breakdown in law and order in Libya. Sub-saharan Africans are being detained with no due legal process and with no way to challenge the lawfulness of their detention.

"Detainees are desperate to let their families know they are alive, they have virtually no access to the outside world. Those I spoke to did not know what was going to happen to them despite being held for months.

We’re working in 7 detention centres in and around Tripoli but even the better ones where we work do not meet any national, regional or international standards. People are held in inhumane conditions. There’s little natural light or ventilation and many facilities are dangerously overcrowded.  The lack of human dignity was staggering." 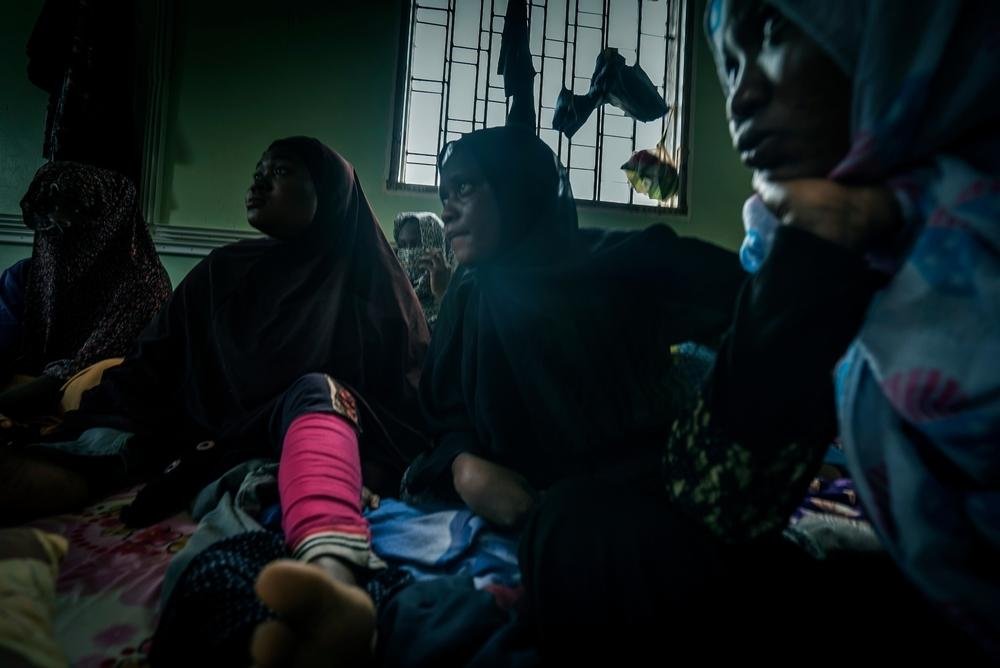 Ricardo Garcia Vilanova
People held in a detention center in Kararem, near of the city of Misrata, Libya.

"MSF medics are treating around 500 people a week for respiratory tract infections, acute watery diarrhoea, skin disease, and urinary tract infections - these complaints are mostly related to conditions inside the detention centres.

Detainees do not have adequate access to safe drinking water, sometimes less than one litre per person per day, and access to latrines or showers is severely limited resulting in high rates of skin infections and infestations with lice, scabies and fleas.

Shortage of food in the detention centres in a real concern – we’re seeing adults suffering from malnutrition and people are more susceptible to disease and acute illness." 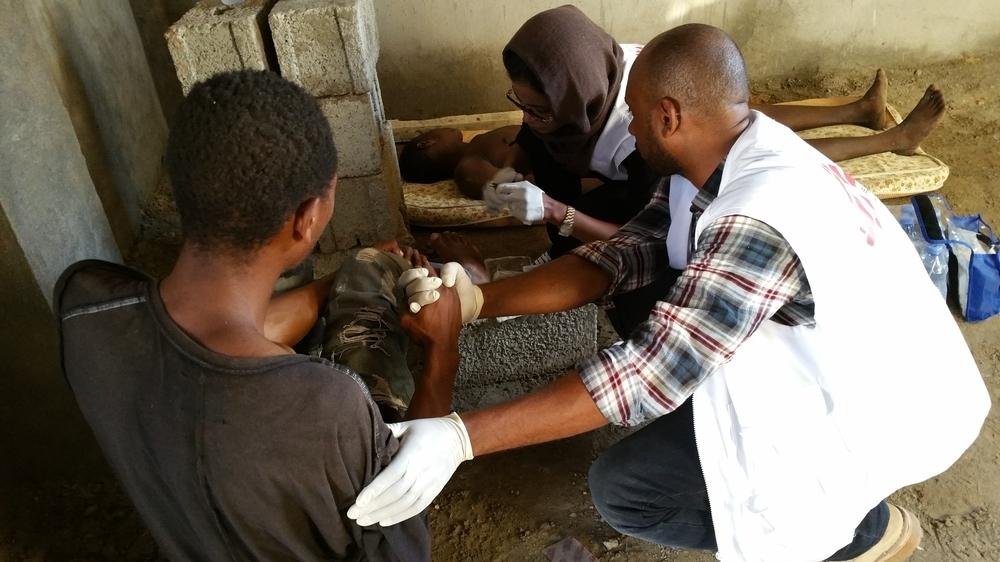 UN report on exploitation in Libya

"A recent UN report highlighted the violence and abuses experienced by many people in detention. Our teams in search and rescue vessels on the Mediterranean have rescued more than 50,000 men, women and children and have documented many first- hand accounts of the alarming level of violence and exploitation they experienced inside Libya at the hands of security forces, militias, smuggling networks, criminal gangs and private individuals.

The absence of a functioning asylum system in Libya means that in the current circumstances people seeking international protection cannot be processed in fair and efficient procedures in accordance with international and regional refugee law.

The EU is misrepresenting the reality on the ground, Libya is not a safe place and blocking people in the country or returning them to Libya makes a mockery of the EU’s so-called fundamental values of human dignity and rule of law."

MSF has  been providing medical care to migrants, refugees and asylum-seekers detained in Tripoli and its surroundings since July 2016 where we have seen people detained arbitrarily in inhumane and unsanitary conditions, often without enough food and clean water and with a lack of access to medical care.

find out more about libya