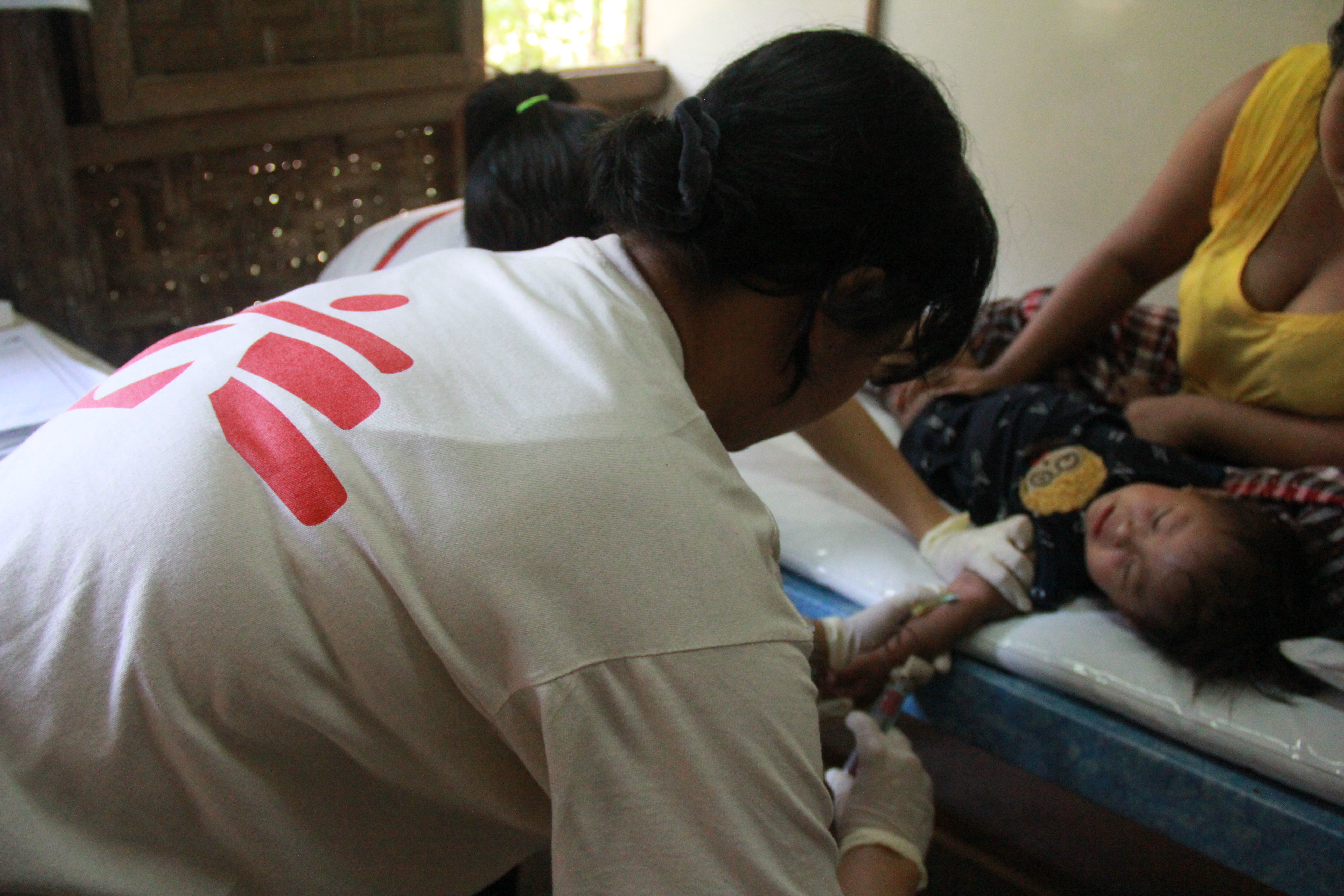 During the 20th International AIDS Conference in Melbourne, Australia, Médecins Sans Frontières (MSF) announced that for the first time in Myanmar, patients have begun receiving oral treatment for Cytomegalovirus (CMV) retinitis, a neglected opportunistic disease linked to HIV/AIDS which can cause permanent blindness.

Although this drug has been available since 2001 in the developed world, the only treatment option available in Myanmar until now was once-weekly injections directly into the eye, an extremely uncomfortable procedure for the patient that requires carefully trained doctors.

Following years-long price negotiations with the drug company, Roche, MSF is now providing its patients in Dawei, southern Myanmar, with valganciclovir, a simple pill to be taken daily for up to six months.

This is the first time MSF has been able to use this pill in any of its HIV/AIDS projects around the world. All of MSF’s patients diagnosed with CMV retinitis in Myanmar will be receiving valganciclovir by 2015.

While MSF welcomes this breakthrough, the organisation is urging that the price of valganciclovir is reduced further, particularly through generic competition from other drug manufacturers.

More to be done

“Although this is a very positive step – bringing relief to patients and making treatment of the disease easier for medical care providers – much more still needs to be done to bring prices down and expand access to this crucial medicine,” says Dr Jennifer Cohn, medical director of MSF’s Access Campaign.

“The current negotiated price with Roche is approximately US$280 for a bottle of 60 tablets, and up to US$1,960 per patient for a 27-week course of treatment. This is clearly still far out of reach for many patients in CMV-endemic countries.”

Before the advent of antiretroviral treatment for HIV/AIDS in developed countries, CMV retinitis affected roughly one-third of those living with AIDS. Now, the condition is rarely seen in HIV/AIDS patients in Europe or the US.

For those who do fall victim to CMV retinitis in wealthier countries, valganciclovir has long been the standard treatment and is proven to be more effective than the injection method.

Ma Khin Khin is a mother of four diagnosed with HIV and CMV retinitis in February this year. She is one of Myanmar’s first patients to receive the oral drug.

“I didn’t feel any side effects and I am feeling better now,” says Ma Khin Khin. “Before it was not like that, and I had to lie down all the time. But now I can go everywhere by myself. I have even got my vision back and can read the text messages on my mobile phone.”

“We have the medicine to dramatically reduce the suffering and blindness caused by this disease in resource-poor high-HIV burden countries all over the world,” says Marcelo Fernandez, MSF medical coordinator.

“The current inhumane and difficult-to-access treatment is not acceptable in rich countries; we should act now to make it a thing of the past in resource-poor countries as well.”

CMV retinitis treatment is still absent from current and pending World Health Organization (WHO) guidelines for the management of HIV in resource-limited settings.

MSF is urging WHO to amend these guidelines and encourage their adoption into national treatment protocols.

MSF has so far treated four patients with valganciclovir in Dawei with excellent results. By 2015, all MSF patients throughout Myanmar diagnosed with CMV retinitis will be receiving the drug.

MSF began treating the disease in Myanmar in 2006, and since then has treated around 1,130 patients using intraocular injections. MSF has also trained more than 40 clinicians in Myanmar in the diagnosis and treatment of the disease.

MSF has been working in Dawei, in Myanmar’s Thaninthariyi region, since 2000, in collaboration with the Myanmar Ministry of Health and is currently providing care for patients with HIV and tuberculosis (TB).

Countrywide, MSF teams are also working in Shan and Kachin states as well as in Yangon region, providing treatment and care to more than 30,000 HIV/AIDS patients and 3,000 patients with TB, including drug-resistant forms of TB.

Find out more about MSF's work in Myanmar