01 December, 2021- After the military seized power from Myanmar’s democratically elected government on 1 February 2021, doctors and nurses were among the first to lead the protests – walking out of their jobs days after. This had an overwhelming impact on the public healthcare system, including the National AIDS Programme (NAP), which provides medication, consultations and counselling to more than 150,000 people living with HIV. 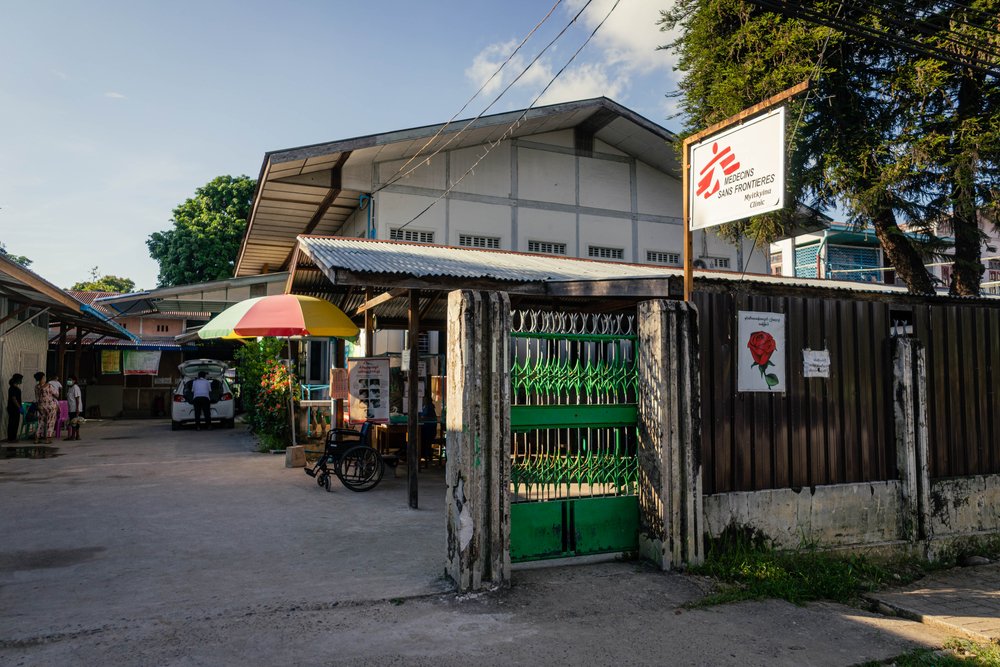 Ben Small/MSF
The outside of MSF’s HIV clinic in Myitkyina, Kachin state

The impact on people living with HIV

Delayed diagnosis or interrupted treatment is devastating for people living with HIV.

It leads to increased levels of the virus in their blood, weakening their immune system and leaving their body struggling to fight off potentially deadly opportunistic infections. 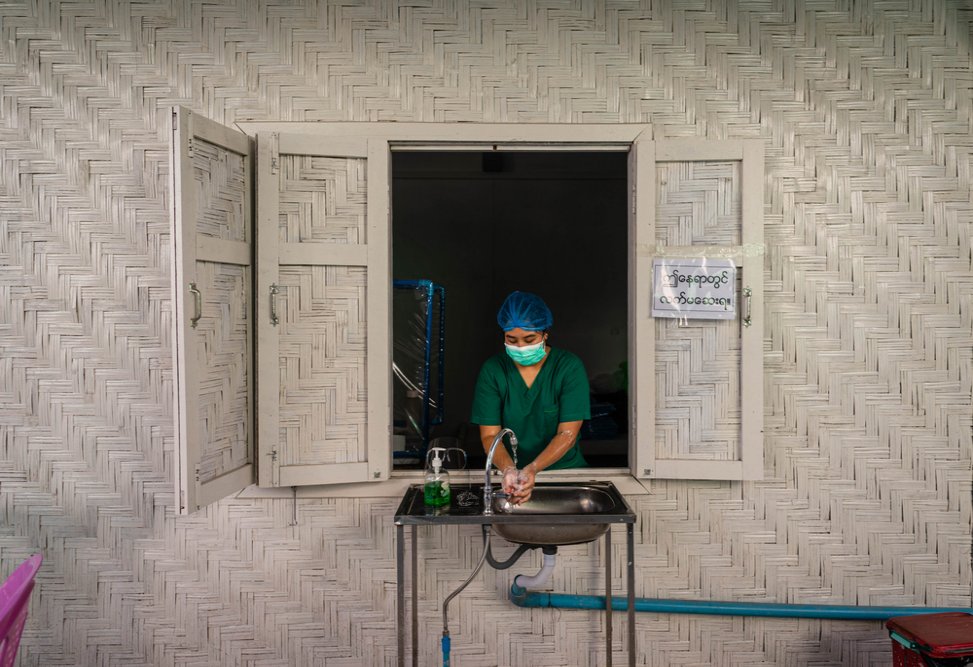 And if HIV is not diagnosed until it is in an advanced stage, it becomes less responsive to treatment.

There were 2,929 missed appointments at Médecins Sans Frontières (MSF) clinics between February and October, an 89 per cent increase on the same period last year.

"The risk is not only for the patients themselves."

Worryingly, we are seeing many patients who we cannot contact at all. In Shan state our community outreach workers have lost touch with 120 people since February – a 50 per cent increase year-on-year – and for these people there is little we can do.

The risk is not only for the patients themselves. 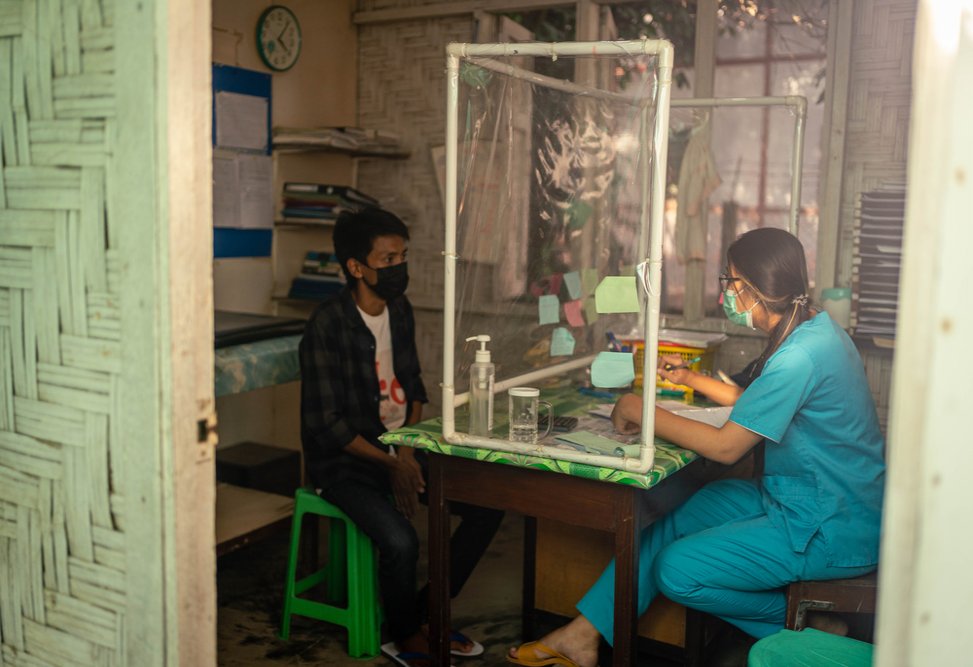 Ben Small/MSF
Brang Seng, 30, who was diagnosed with HIV in April 2021, undergoes a consultation with an MSF doctor at MSF’s Myitkyina clinic in Kachin state

Higher virus levels also increase the likelihood of transmitting HIV to others.

If many people default on their treatment or cannot get their condition diagnosed and begin antiretroviral therapy, we could see widespread infections across communities that roll back years of progress made on tackling the epidemic. 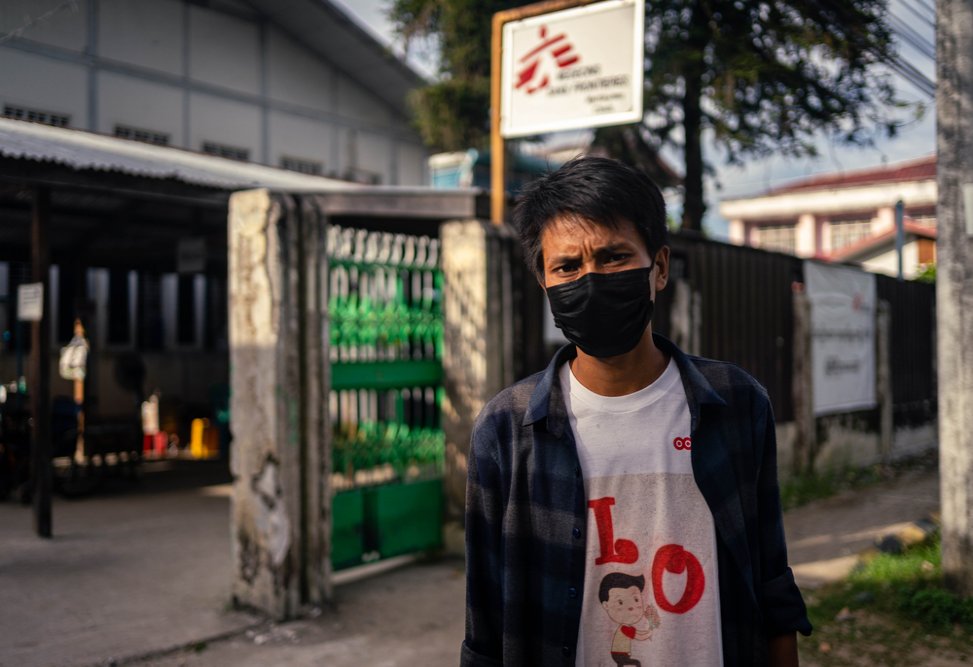 Ben Small/MSF
Brang Seng, 30, who was diagnosed with HIV in April 2021, stands outside MSF’s Myitkyina clinic in Kachin state.

The broader impacts of the recent political turmoil on Myanmar’s public healthcare system has seen many hospitals shut or offer only a limited range of services while staff are on strike.

This means we have few options for referrals for our HIV patients when their needs are critical, threatening the lives of our most at-risk patients.

MSF stepping up to fill the HIV services gap

Although it has been slowly recovering over the past 10 months, the NAP is not in a position to return to accepting patients from MSF into its programme. 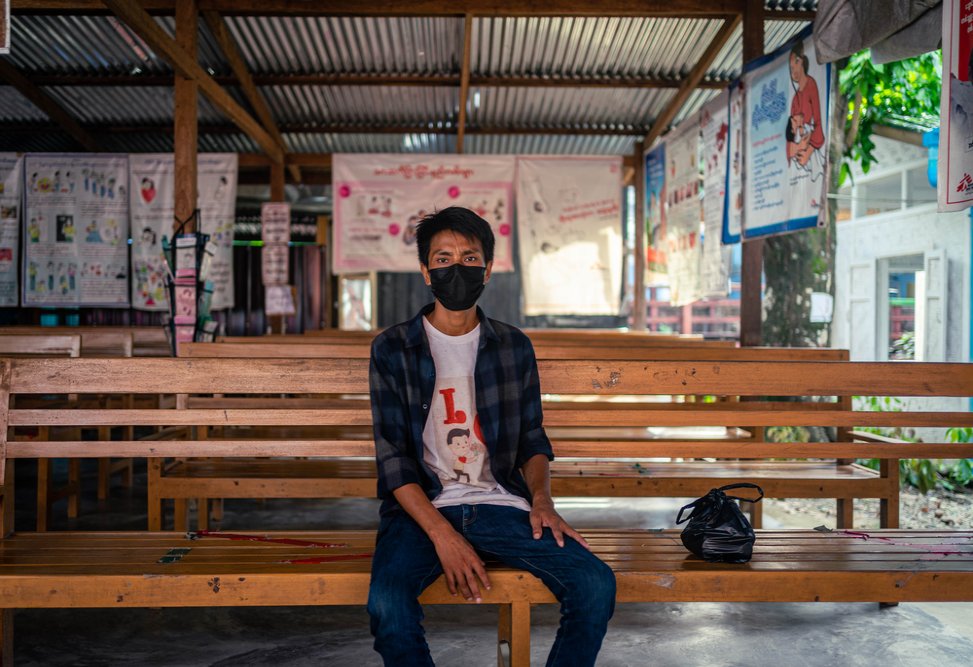 We will not be considering restarting the transfer of patients until 2023 at the earliest. Many NAP facilities still only offer very limited services, if they are functioning at all.

Diagnosis and initiation of treatment for new patients has stopped in many sites.

More remote facilities may only be staffed by a single nurse who can provide medication but cannot test blood to monitor viral loads or handle more complex patients whose HIV is in a later, more critical stage. 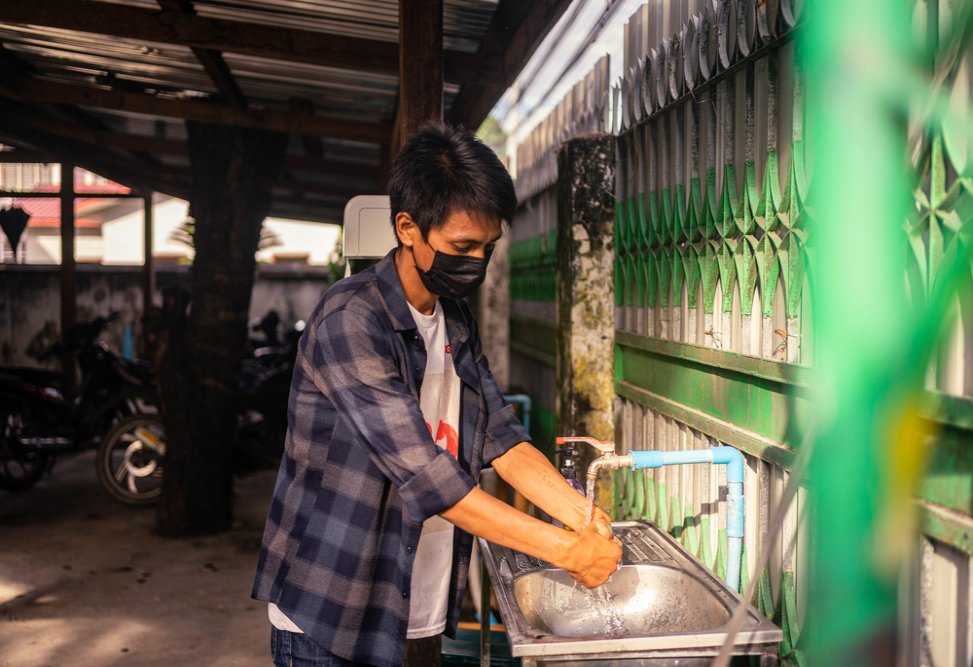 This has seen a reversal of MSF’s strategy to downscale HIV activities.

We are now diagnosing and beginning treatment for new patients in large numbers for the first time since 2019 – registering 399 since the military took power – and NAP patients have visited MSF facilities in Shan, Kachin and Tanintharyi over 7,200 times to continue their care because the government clinics are unable to support them.

The extent to which our clinics can step up to meet the demands varies.

Ben Small/MSF
Naw Naw, 47, who has been receiving HIV services from MSF for 20 years, registers at MSF’s HIV clinic in Myitkyina, Kachin.

In Kachin state we can provide drug refills, diagnosis and check-ups, but the volume of NAP patients coming to our facilities in Shan state is so large it limits the support we can offer.

This spike in patients, alongside interrupted drug imports, has threatened our medical supplies.

For months, we could only offer shorter prescriptions of anti-retroviral drugs, and now we are running low on medications to treat opportunistic infections among people living with HIV, such as fungal meningitis, and equipment needed to diagnose HIV in early infants. 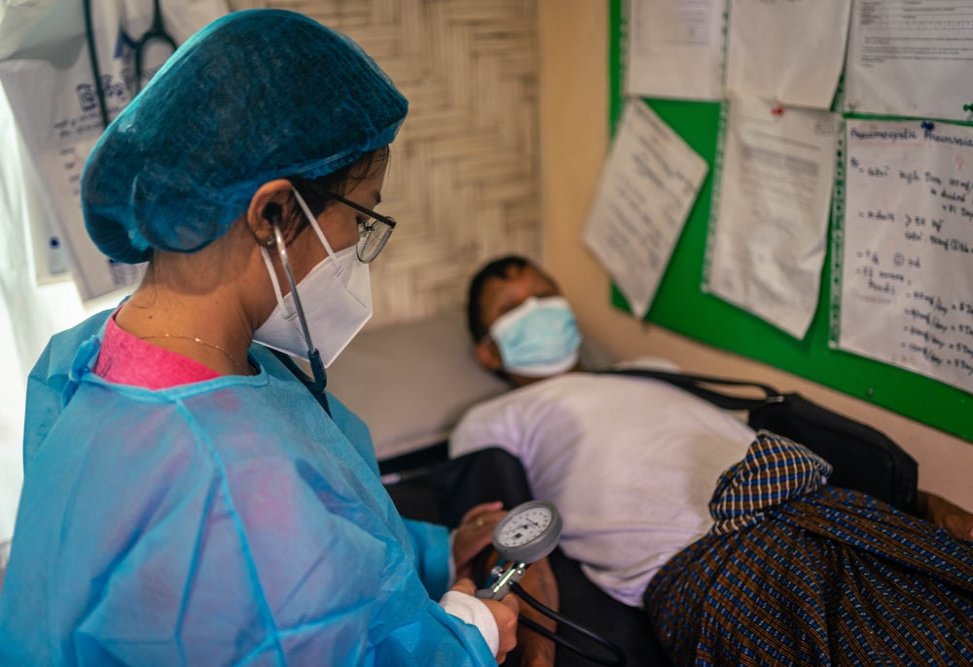 Ben Small/MSF
Naw Naw, 47, who has been receiving HIV services from MSF for 20 years, attends a consultation at MSF’s HIV clinic in Myitkyina, Kachin state.

If these stocks dry up, it could cause fatal outcomes for patients.

Myanmar’s political instability has ignited conflict between the Myanmar military on one side, and pro-democracy civilian militias and ethnic armed organisations on the other.

Assassinations, targeted bombings and battles over territory are commonplace across the country. 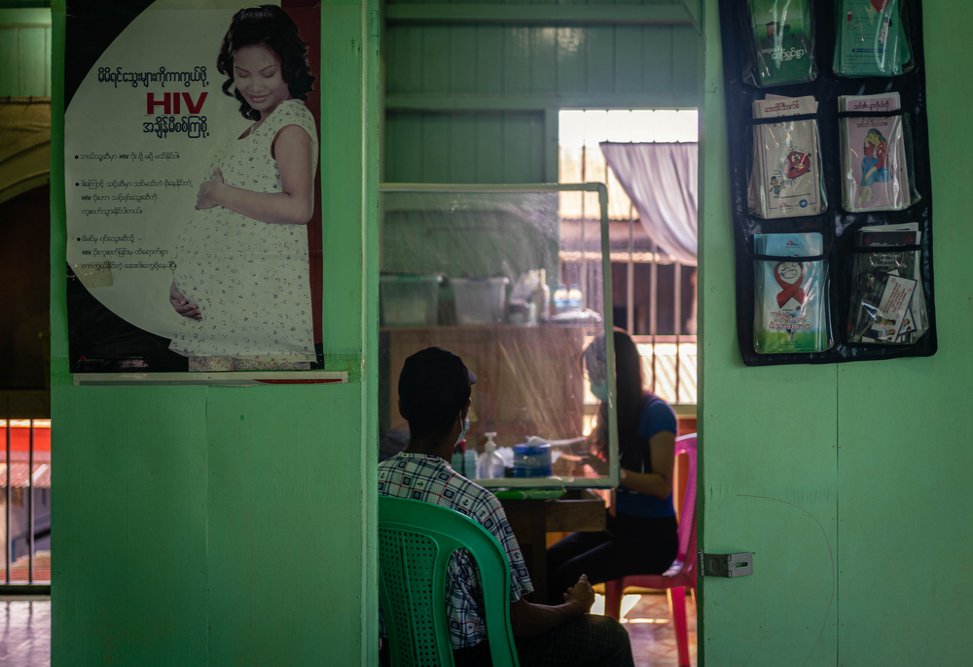 Ben Small/MSF
U Hla Tun, 58, who has been receiving HIV services from MSF for nearly 20 years, has a consultation with an MSF doctor at MSF’s Moegaung clinic in Kachin state.

Many people visiting our clinics must travel a long way, and these journeys are now fraught with challenges that may deter them from making the trip.

Intimidating military and police checkpoints, where people are searched and must pay “tea money” to pass through, are widespread.

A 10pm-4am curfew gives people less time to reach the clinic and get home in time, while sporadic acts of violence pose a risk to people travelling some routes.

Sporadic acts of violence pose a risk to people travelling

“The road between Chipwe and Myitkyina has been officially closed for months, so there are many checkpoints and few drivers dare to come,” says Brang Seng*, 30, who was only diagnosed with HIV in April and has to make frequent visits to the MSF clinic as he begins treatment." 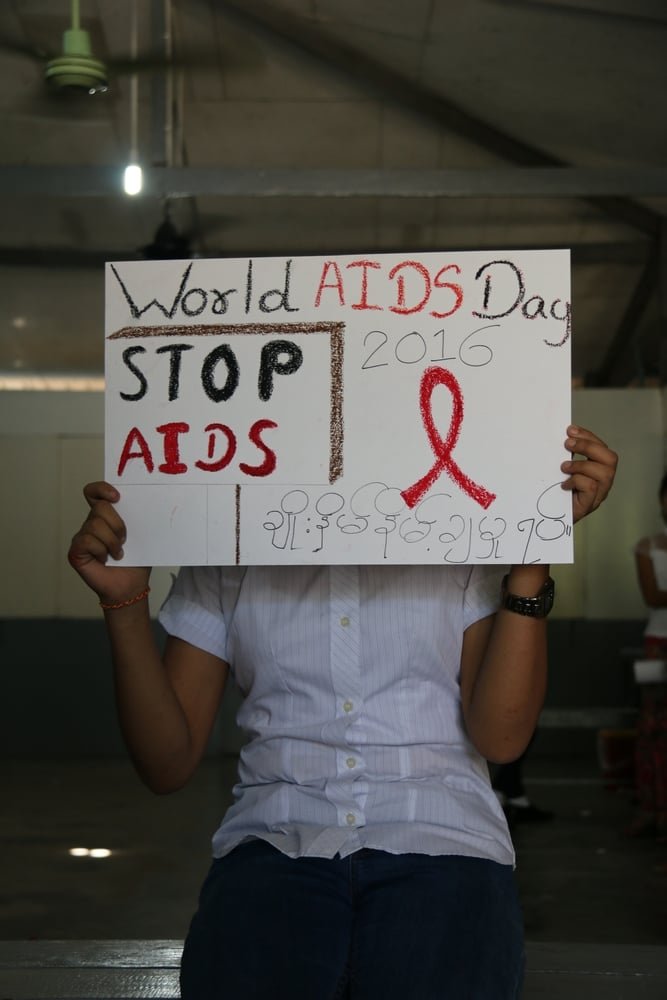 Yasmin Rabiyan/MSF
Falling into the gap between child- and adulthood, HIV+ adolescents (defined by WHO as young people between 10-19 years of age) are a particularly vulnerable. (Myanmar, 2016).

“I am worried about conflict escalating, which would stop me from being able to travel, and then missing my appointment, so I came earlier. I can only come when there is a taxi. They are not every day.”

The COVID-19 pandemic, coupled with the Myanmar military seizing power, has left the country’s economy in tatters. Many people are out of work and soaring inflation has pushed up the costs of everyday staples, particularly food and petrol. 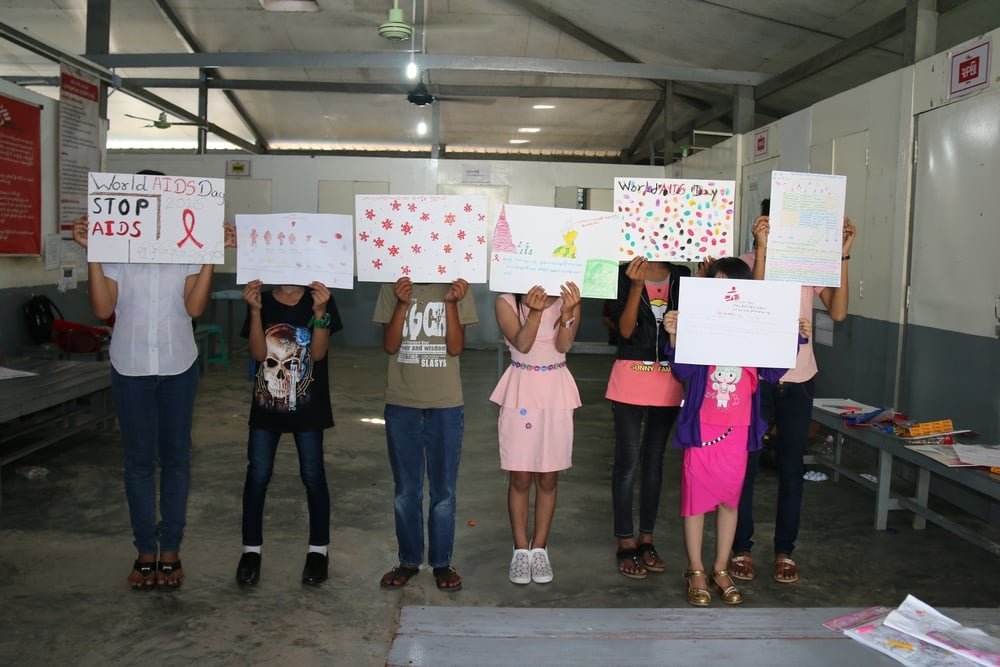 Yasmin Rabiyan/MSF
Falling into the gap between child- and adulthood, are a particularly vulnerable but often overlooked group in the HIV response. (Myanmar, 2016).

Affordable inter-city trains are not running and bus routes are not reliable either, meaning people have to use more expensive private cars or motorbikes.

For our HIV patients, this means additional costs reaching our clinics while their purse strings are tighter.

Although he could make it to the MSF clinic in Moegaung, Kachin state, HIV patient U Hla Tun’s* experiences illustrate the challenges people in Myanmar have been facing since February. 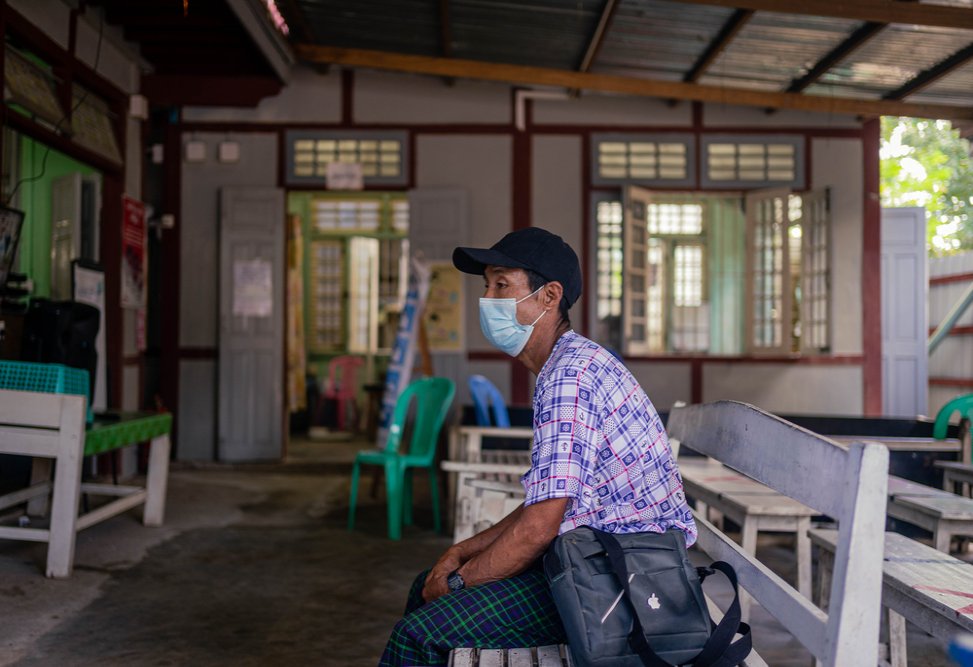 Ben Small/MSF
U Hla Tun, 58, who has been receiving HIV services from MSF for nearly 20 years, waits for his appointment at MSF’s Moegaung clinic in Kachin state

He makes a living transporting piglets on his motorbike from where he lives in Karmine to sell them in the jade-mining town of Hpakant.

No guarantee of security

But with Hpakant facing an internet blackout and insecurity due to fighting, demand for livestock is down and he is unable to move as easily as he did before. 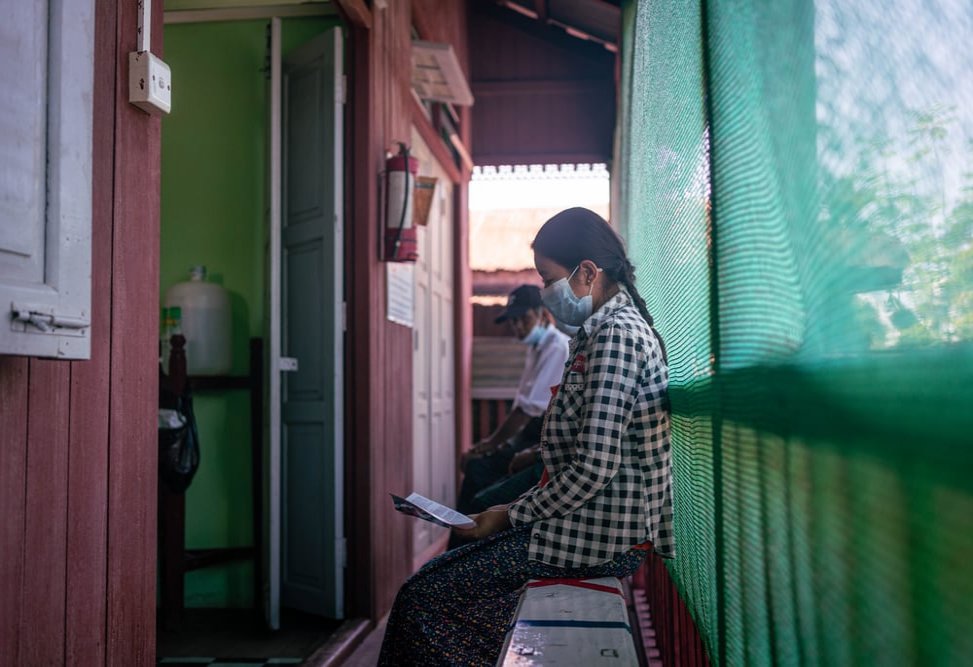 Ben Small/MSF
Ma Sabai, 24, who was born with HIV and diagnosed at 17, waits for her appointment at MSF’s Moegaung clinic in Kachin state.

“It became too difficult to travel. I cannot go around the area and sell due to the fighting and COVID."

"There are few buyers left and my business is almost paused,” he says. “There is no guarantee of security in Hpakant, so people don’t want to buy and raise pigs anymore.”

"It became too difficult to travel"

For those patients who cannot reach our clinics due to barriers like these, we can still provide them with medication via public transport – in Shan state we have made 270 deliveries since February. But this is not a long-term solution. 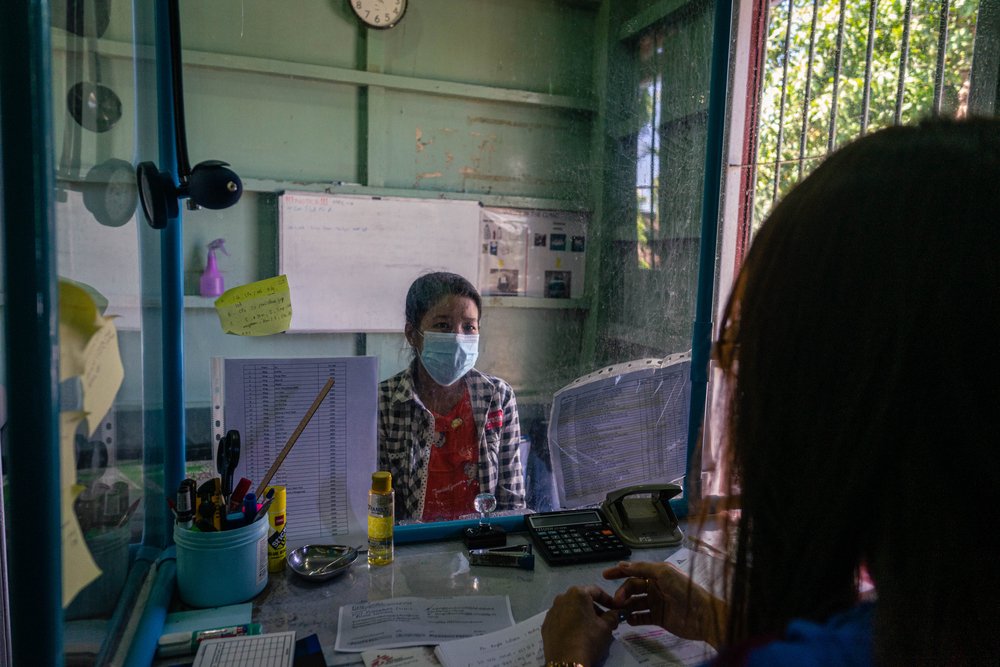 Patients whose conditions are unstable need to see medical doctors, and without those consultations and tests they receive at our clinics, they are not getting sufficient quality of care.

It is vital that people living with HIV in Myanmar have reliable access to healthcare.

This means a fully functioning National AIDS Programme, and in lieu of that a community of actors who can fill the gaps. 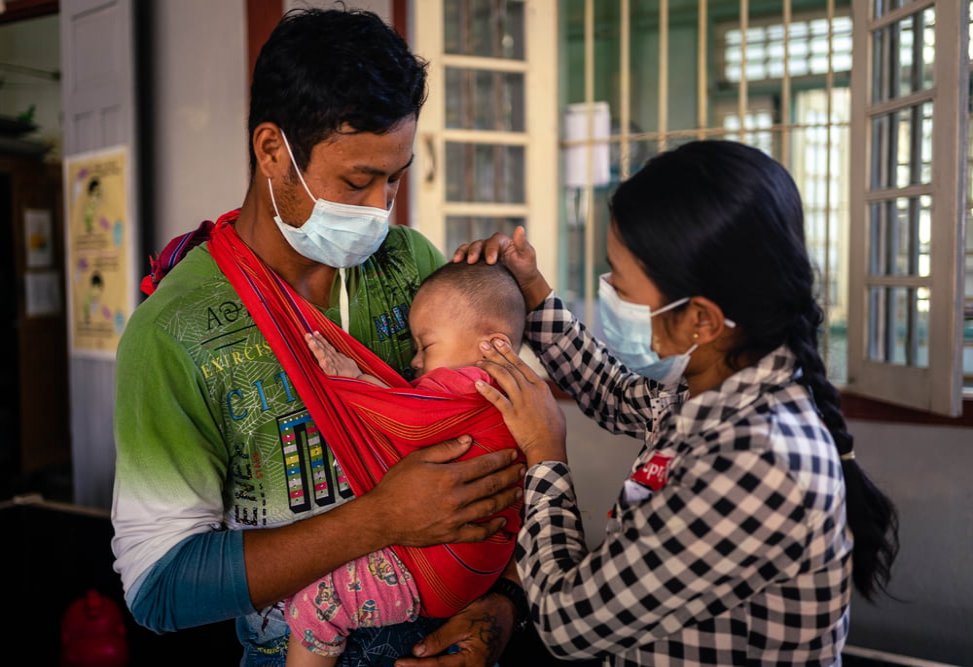 With donors unable to direct funds through Myanmar’s military government, which would be considered tacit support, it may be that organisations like MSF have to continue to step in until there is a shift in the political landscape.

Continued funding for HIV services in Myanmar is, therefore, vital.

All obstacles to providing HIV care need to be dismantled. 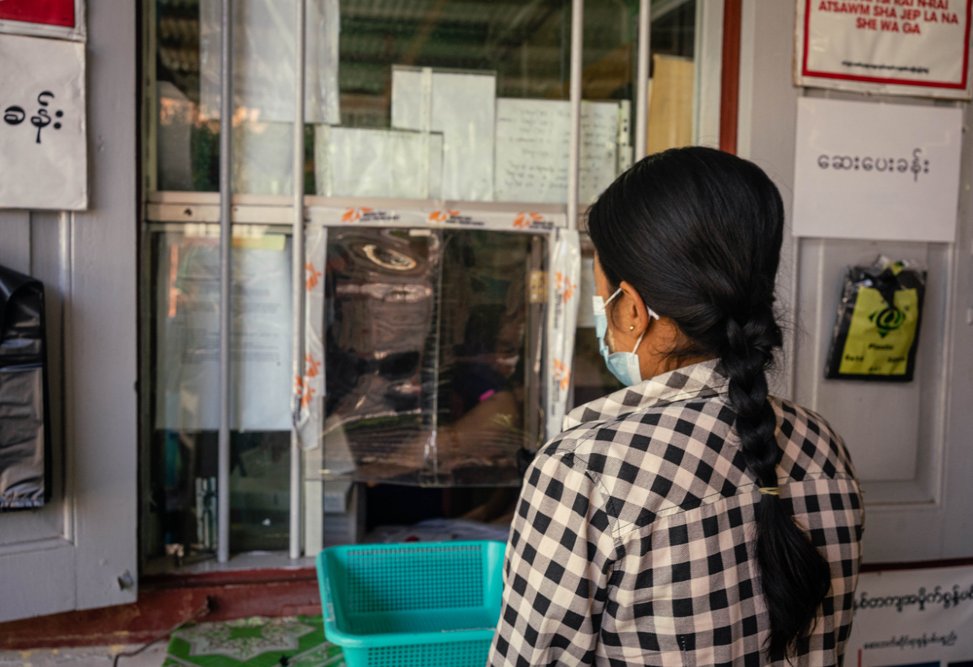 Ben Small/MSF
Ma Sabai, 24, who was born with HIV and diagnosed at 17, collects her medication at MSF’s Moegaung clinic in Kachin state.

Ensuring import permits are always available for drugs and other medical supplies is a quick win, but the conflict and economic strife that impact our patients’ access to healthcare in Myanmar will take much more time and work to address.

For over 20 years, Medicines Sans Frontieres (MSF) has been at the forefront of Myanmar’s HIV response, securing vital funding and pioneering antiretroviral treatment. By 2013, we were the largest provider of antiretrovirals in the country, and we have treated nearly 42,000 patients in total. Our groundbreaking model ensured that the most complex cases, particularly those with other conditions including tuberculosis, received the highest quality care.

*Name has been changed