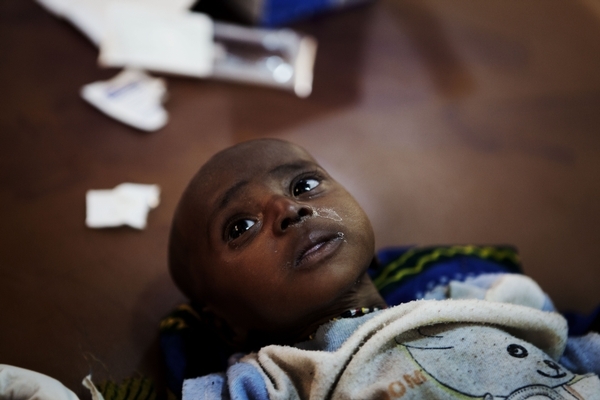 Cholera has broken out in northern Niger in an area which is hosting large number of Malian refugees and which was hit by a cholera epidemic last year.

The cholera outbreak in northern Niger, which was declared by the health authorities on 11 May, has already affected more than 240 people, all of whom have received treatment from MSF. There have been six deaths. MSF has opened two cholera treatment centres in the regions of Mangaïzé and Ayorou, 150 and 200 km north of the capital, Niamey.

“As soon as the first cases appeared, MSF rushed to open a cholera treatment centre,” says Dr Benoit Kayembé, MSF’s head of mission in Niger. “We currently have 100 beds in Ayorou and another 50 in Mangaïzé.

As well as treating people with the disease – which mainly involves rehydration – our teams are leading health awareness campaigns in the affected villages. The teams are also treating water points in these communities and actively looking for further cases of cholera,” says Dr Kayembé.

“Some of the patients come from the camps of Malian refugees, but the majority are from local communities.”

Fear that disease may spread southwards

MSF is currently the only medical organisation treating people infected by cholera in the region. Its teams are worried about the closeness of the affected area to the river Niger, which flows from northern Niger towards the capital.

“We can expect to see cases spreading towards Niamey,” says Dr Kayembé. “The region already suffered from cholera last year. Having so many people displaced within the region makes it easy for cholera to spread to other parts of the country.”

MSF and its partners work in close collaboration with Niger’s Ministry of Health in the areas of child malnutrition, paediatric care and maternal health, working in a number of health centres and hospitals in the regions of Maradi, Tahoua, Zinder and Agadez. MSF also provides medical care to migrant populations and internally displaced people in the Agadez region. MSF also supports health authorities in responding to emergencies.