Safi Keita, from Mali, made her living in Algeria by selling spices. Her two children had stayed in Mali with her mother, and she was four months pregnant with her third child on the day that police arrived at her home. "The gendarmes broke down the door,” she says. “They took everything: money and phones. Then they took me to the police station.”

"They put us in crowded trucks"

The following day, Safi was put in a truck and sent to a detention centre. “They put us in crowded trucks – it was very cramped, there were many of us and no one was wearing a mask,” she says.

On arrival, she was made to jump from the truck to the ground. “Being pregnant, it caused me stomach pains,” she says. 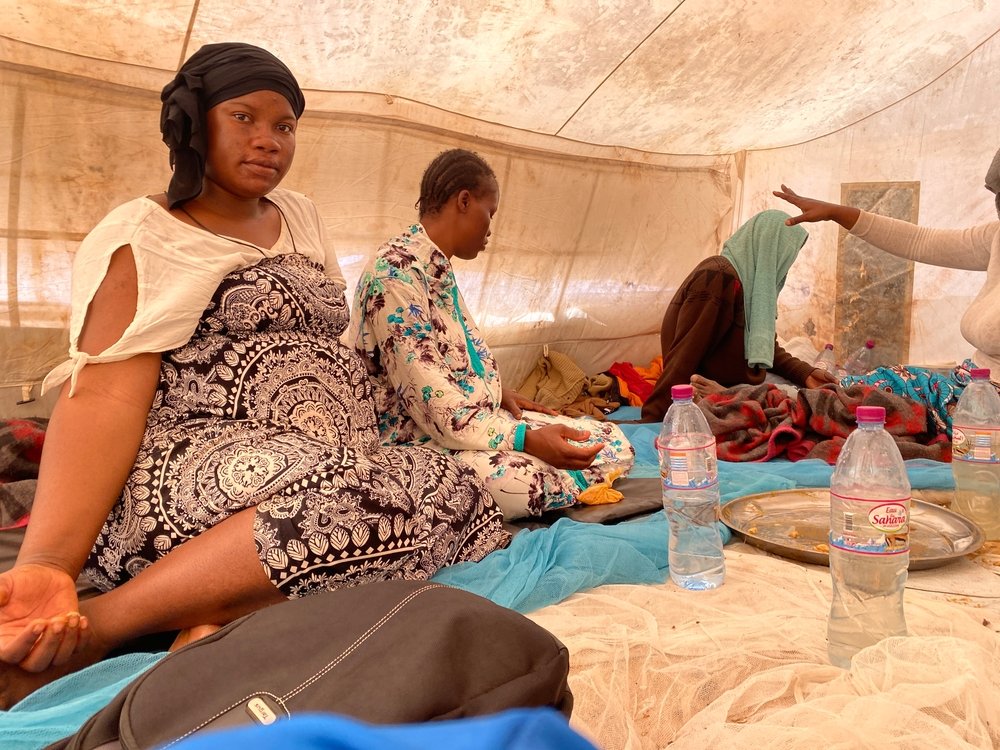 Mariama Diallo/MSF
Safi Keita finishes eating lunch in a tent set up for pregnant women and their families in Assamaka. Safi has two children and is four months pregnant with her third.

She was held in the detention centre for four days, in insanitary conditions and with only bread to eat.

“Although I was pregnant, I received no special treatment,” she says. “The guards had no compassion towards me or my physical condition.”

On her release, Safi was taken with other migrants to the border between Algeria and Niger and dumped unceremoniously in the desert.

COVID-19 did not stop systematic expulsions

As of mid-April 2021, 4, 370 migrants have been expelled from Algeria to Niger this year, including one with a gunshot wound and another with a broken leg.

These recent deportations are a fresh reminder that, despite the closure of national land borders due to COVID-19, the systematic expulsion of migrants has not stopped. 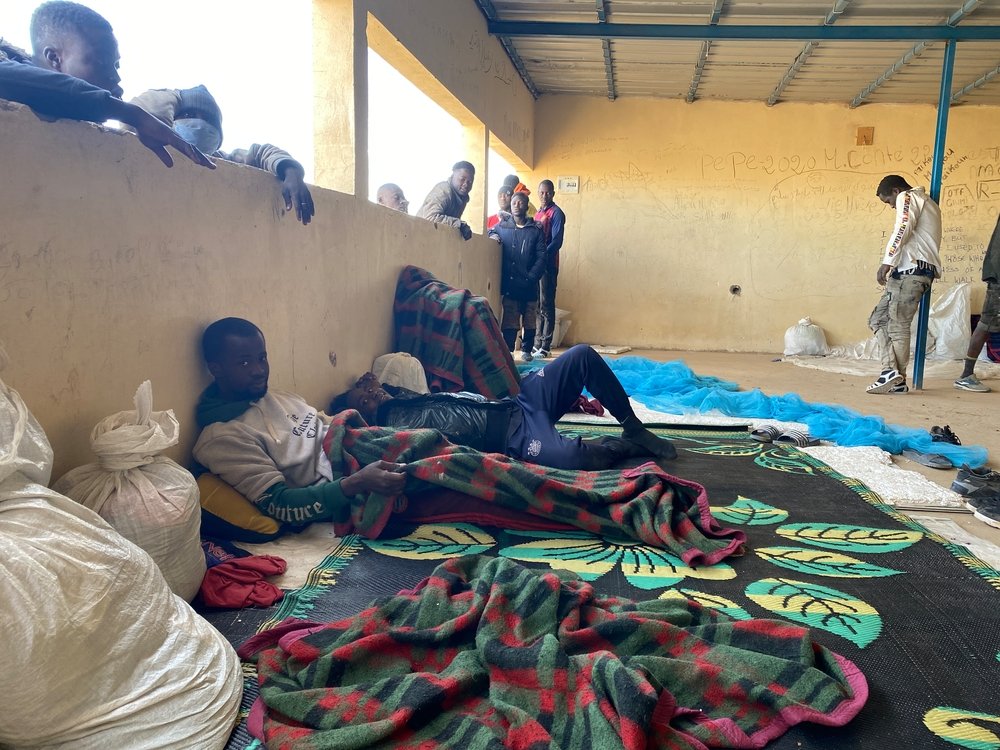 Mariama Diallo/MSF
Young men recently deported from Algeria pass the time in a dormitory at the reception site in Assamaka, where MSF runs a health center. Deported migrants are abandoned on the Algerian side of the border, usually at night, and have to walk 15 km to Assamaka.

According to data collected by teams from Médecins Sans Frontières/Doctors Without Borders (MSF), 23,175 migrants arrived in 2020 in the small desert town of Assamaka, near Niger’s border with Algeria.

This figure is slightly lower than the 29,888 expulsions recorded by MSF teams in 2019, but it is very high considering that Niger's borders have been officially closed since March 2020 due to COVID-19. 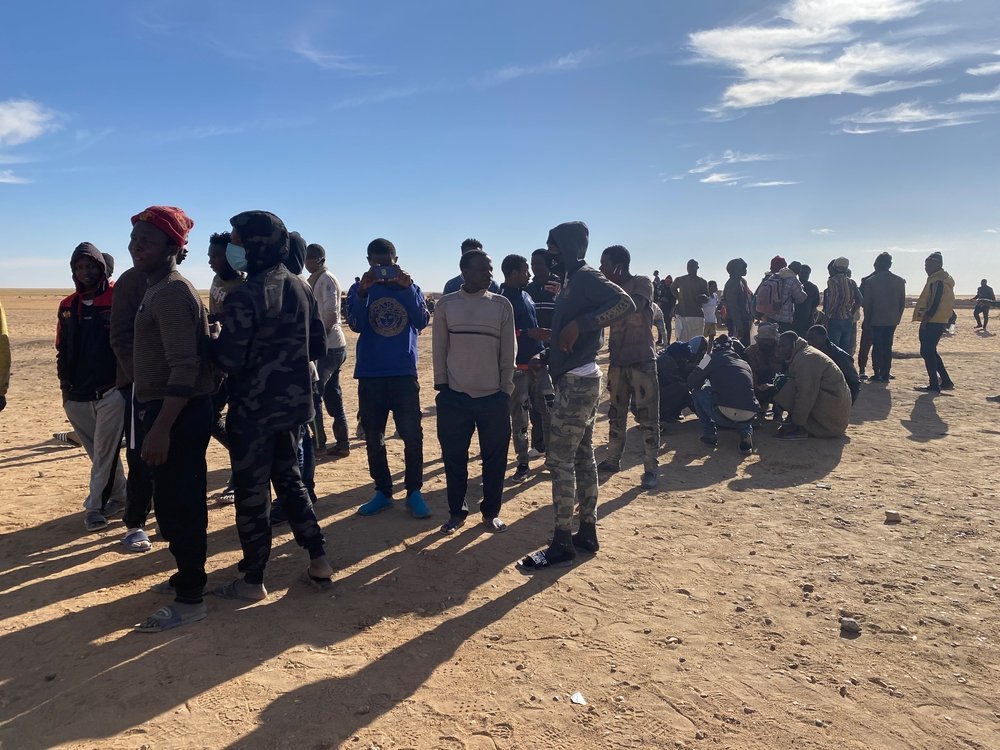 Mariama Diallo/MSF
Young men queue up for lunch at the reception site in Assamaka, after being deported from Algeria. Mass expulsions to the Agadez region, near the Algerian border, are a frequent occurrence.

Many of MSF’s patients report having experienced violence, including torture: in 2020, MSF teams provided medical care to 989 migrants affected by violence, 21 of whom said they had been tortured.

MSF teams in Agadez have collected hundreds of testimonies from migrants helped or rescued by MSF after being expelled from Algeria. Most are originally from West Africa and South Asia and include young men, women, children and the elderly.

Some had lived in Algeria for years before being deported, others had been travelling through the country on their way to Europe. 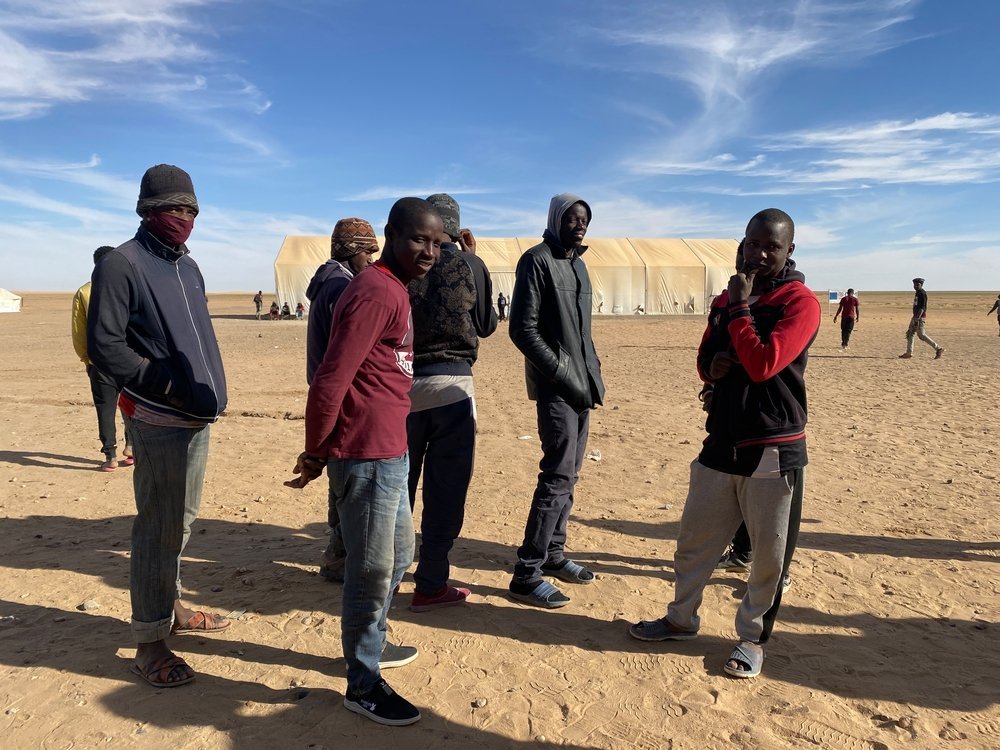 Mariama Diallo/MSF
A group of young men queue up for food in Assamaka, after being deported from Algeria.

According to their testimonies, the migrants were arrested and kept in detention centres for days, weeks or months, before being forced into buses or trucks by the Algerian security forces and dropped off at a place known as ‘Point Zero’, a spot in the middle of nowhere on the desert border between Algeria and Niger, often in the middle of the night.

With nothing in their pockets, and with no map or directions, they were faced with a 15-km walk to Assamaka, the nearest settlement.

Some people reportedly got lost on the way and were never found.

Traoré Ya Madou, from Mali, had worked for six years as a painter in Algeria before he was arrested and deported. 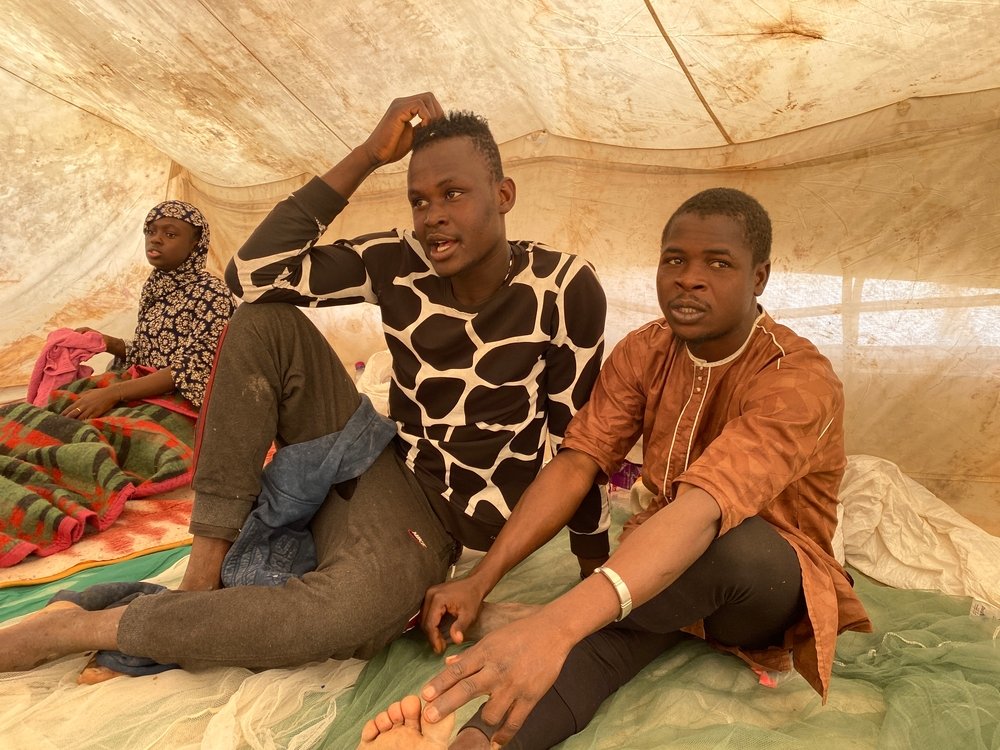 Mariama Diallo/MSF
Three migrants – a woman and two men – sit in the tent where they are staying in Assamaka.

"We lived right on the site where we worked,” he says.

“That morning, the Algerian police arrived. Usually, we’d give them money or resist and eventually the officers would leave. But that night, there were about 20 of them. They broke down the door and entered. They handcuffed us and transported us to the police station. I was there for 24 hours with nothing to eat. They searched us and took off our underwear – it was inhuman treatment. I had 2,500 euros on me and the officers took everything. They beat me so savagely that I had to go to hospital.”

As punishment for trying to resist arrest, Traoré was taken much further into the desert than many other migrants and had to walk for around four hours to reach Assamaka.

The stories of these two migrants offer just a glimpse of what is happening on the border between Algeria and Niger.

Since the Libyan revolution in 2011, the route through Niger and then northwards through Libya or Algeria has been the main migratory route towards Europe.

Policies designed to curb the flow of people have not prevented individuals from seeking safety.

Instead, they have increased the risks for migrants by criminalising their actions and violating their human rights. 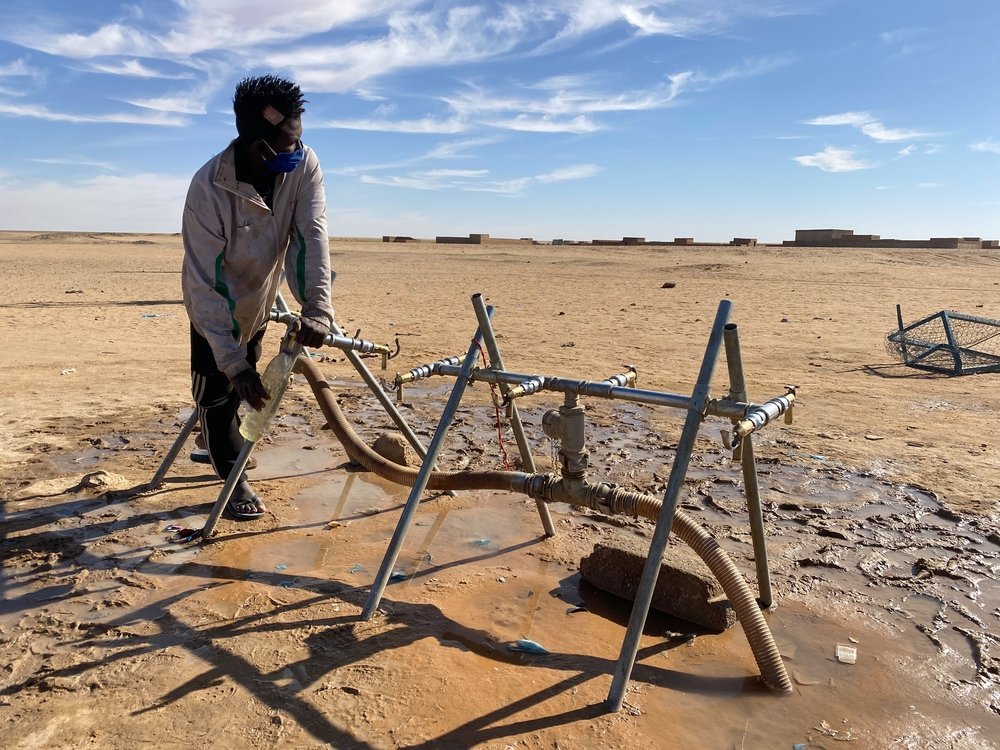 Mariama Diallo/MSF
A young man fills a water bottle at a pump installed by MSF in Assamaka. Since 2018, MSF teams have been helping migrants who have become lost in the desert in Niger.

At the 2015 Valletta Summit, European and African countries strengthened their border control systems and agreed to facilitate the return, voluntary or not, of migrants deemed illegal.

As a result, migrants continue to be arbitrarily arrested, subjected to ill-treatment or returned to countries where they risk persecution.

“These arrests, detentions and expulsions by the Algerian government do not respect the fundamental principle of non-refoulement and are contrary to international human rights law and international refugee law,” says MSF head of mission, Jamal Mrrouch.

“It is essential to readjust these policies and guarantee humanitarian assistance and protection to migrants on the move, ensuring that local facilities in transit countries such as Niger can meet the needs of all.”