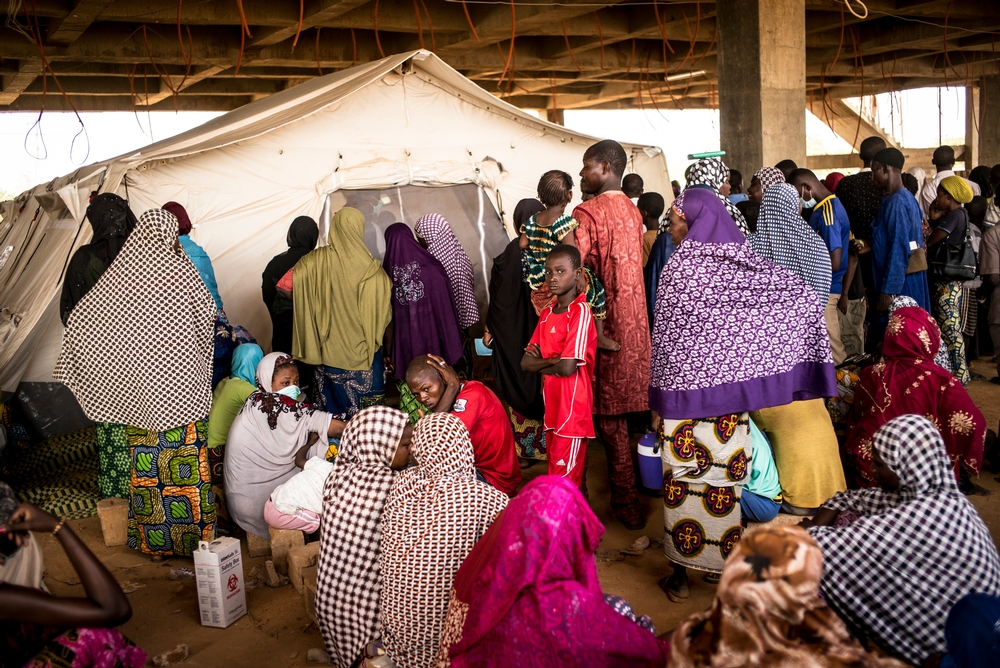 Three hundred and fifty two people have so far been killed by a meningitis epidemic which has stretched across several regions of Niger.

Since January, a total of 5,273 cases of meningitis have been recorded by health authorities (as of 8 May).

The capital of Niamey has been particularly badly hit by the epidemic, with close to 1,200 admissions in the last week alone.

Médecins Sans Frontières/Doctors Without Borders (MSF), in collaboration with the Ministry of Health, is stepping up its efforts with almost 430 beds to provide free medical care for patients. 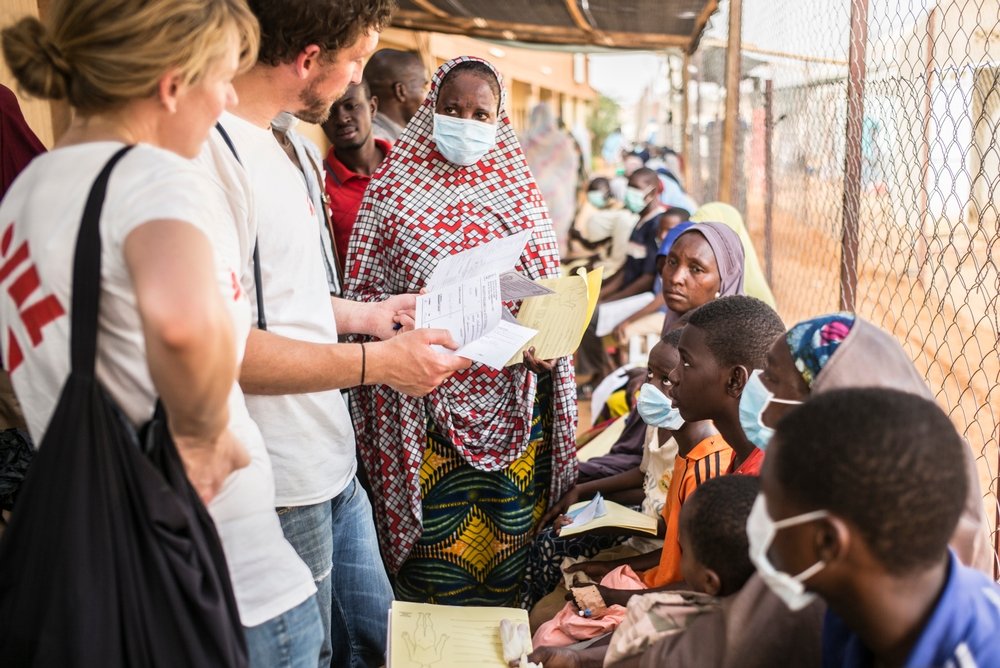 Hundreds of emergency admissions each day in Niamey

"The situation is worrying because meningitis can kill 50% of those infected and leave neurological sequelae if it is not quickly treated", says Dr. Louis Kakudji Mutokhe, medical coordinator for MSF in Niger.

The admissions have decreased slightly over the past week, from 160 to 100 a day in Niamey’s Lazaret centre but vigilance is still required.

“The W135 and C strains are particularly deadly among young adults and children, as the population in this region is only immunised against the A strain following a major vaccination campaign conducted in 2010”, Mutokhe says.

The meningitis epidemics that occur in West Africa are usually caused by serogroups A and C, for which there is a bivalent A/C vaccine. However, this is the first time that epidemics of meningitis W135 and C have occurred on this scale in Niger.

Given the lack of vaccines available globally, the current priority is to focus on treating patients. As such, the medical teams are busy diagnosing and treating patients as soon as possible in order to reduce morbidity and mortality.

MSF has deployed medical teams to the Lazaret health centre, where over 3,000 patients have been admitted since the centre opened on March 23rd. 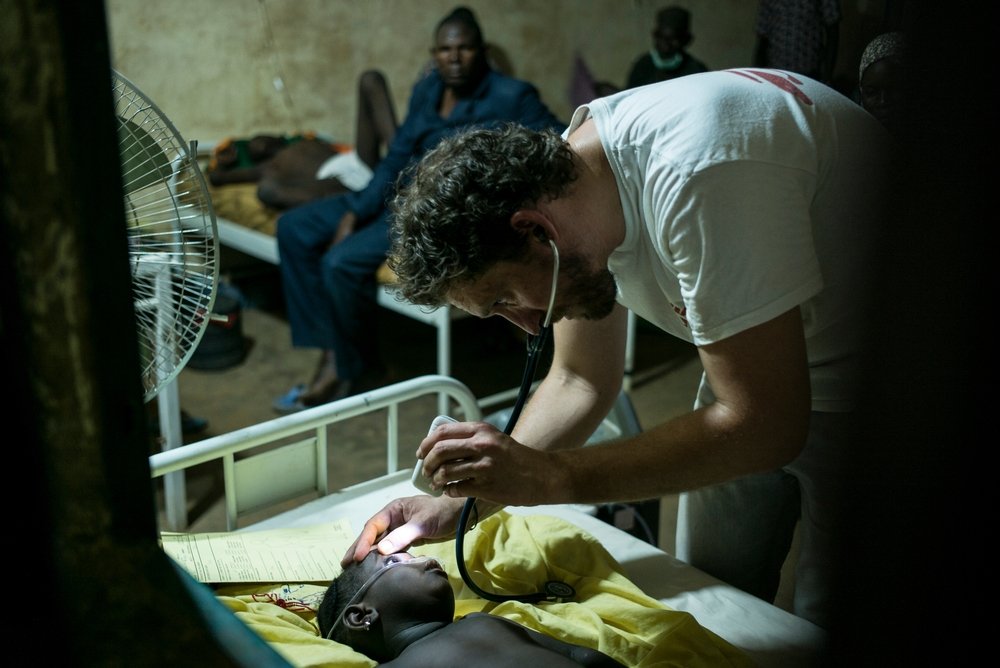 Sylvain Cherkaoui/Cosmos
A patient affected by meningitis is cared by an MSF medical staff.

Meningitis in Dosso and Tillabery regions

In Dosso region, MSF teams are travelling to health centres in various villages in the Doutchi area to examine patients, collect medical data and provide medication to treat the disease.

“Families are aware of how dangerous the disease is, but feel powerless against an epidemic which continues to spread." says Julien Matter, MSF Head of Mission in Niger.

In collaboration with the Ministry of Health, MSF has also deployed teams to vaccinate approximately 32,000 people in Bakin Tapki, Rouda Goumandey and Maikalgo.

“This meningitis epidemic could affect fragile health structures that are often unable to bear the financial costs of treatment", says Matter. 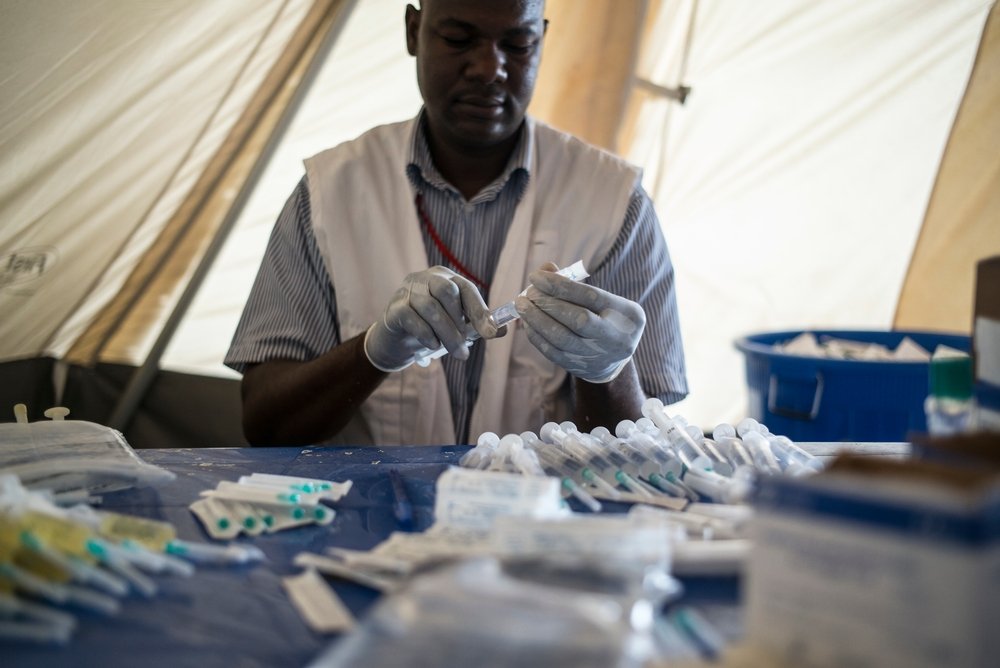 Sylvain Cherkaoui/Cosmos
A nurse prepares an antibiotique syringe of antibiotic against meningitis.

Niger is located in what is commonly known as the ‘meningitis belt’. In the Sahel region, epidemics often break out in the dry season, from December, when the Harmattan, a warm, dry, dusty trade wind which damages the mucous membranes of the respiratory system, begins to blow.

In patients, meningitis often manifests itself in the form of headaches, a high fever, nausea, vomiting, sensitivity to light and a stiff neck.

The infection is transmitted between humans via droplets of saliva. A patient with meningitis is contagious, however transmission during epidemics is mainly spread via people who carry the bacteria but do not develop the disease (healthy carriers).

Severe cases may also involve a comatose fever, convulsions and in the absence of care in emergency, death can occur within hours of the onset of symptoms. 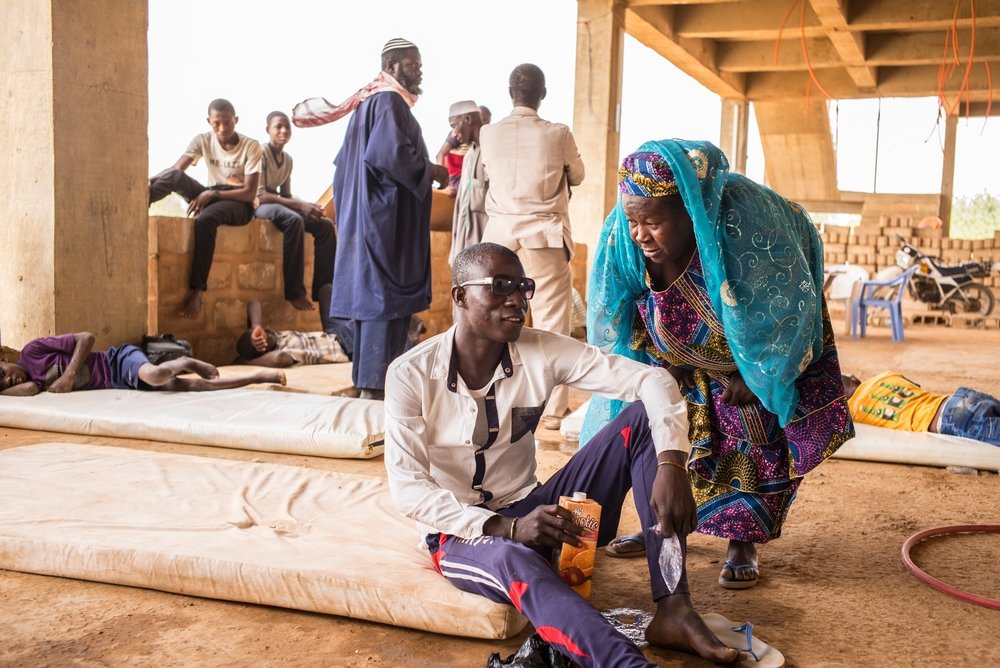 Sylvain Cherkaoui/Cosmos
A woman talking to her son who has just received his last injection of antibiotics and is completely healed. Five of her children contracted the disease, they are all cured.
MSF in Niger

In Niger, MSF supports outpatient nutrition programmes for children under five years old in the Zinder, Maradi and Tahoua regions.

Children suffering from severe malnutrition who require constant monitoring are admitted to the nutrition centres of hospitals in Zinder, Magaria, Madarounfa, Guidan Roumdji, Madoua and Bouza.

In 2014,over 87,000 children suffering from acute malnutrition and 180,000 with malaria were treated in health centres managed by MSF and its partners.