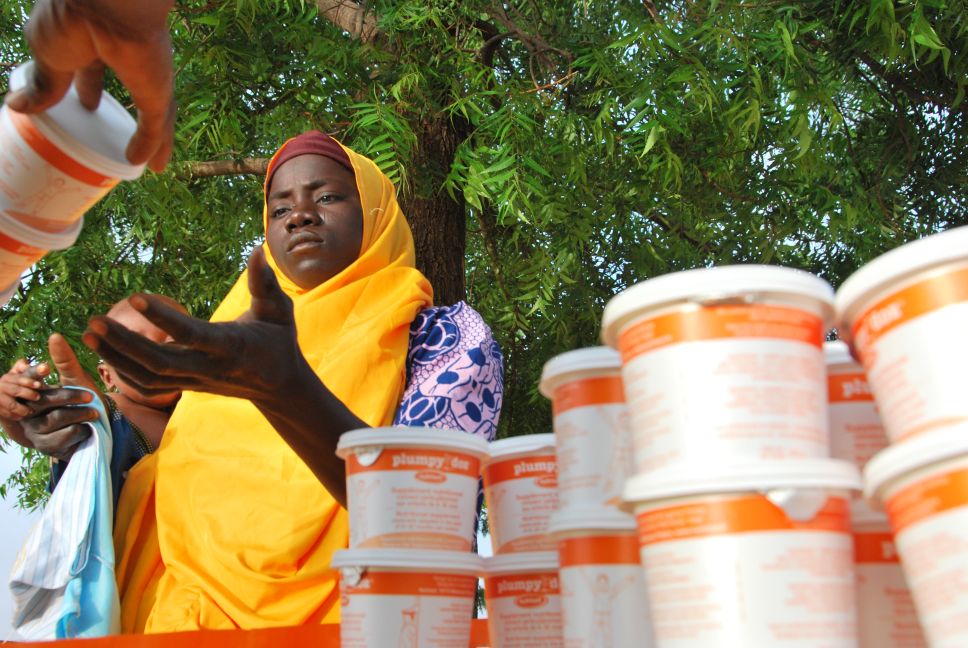 Every year, the population of Niger is affected by a nutritional crisis that peaks between May and September. However the scale of the crisis in 2010 is particularly worrying. 77,000 children with severe malnutrition have already been treated in more than 60 nutritional centres supported by Médecins Sans Frontières/Doctors Without Borders (MSF) and its partners FORSANI (Forum Santé Niger) and BEFEN/ALIMA (Bien-être de la Femme et de l’Enfant au Niger) this year.

Young children suffering from severe malnutrition are much more susceptible to a range of illnesses and are at a greatly increased risk of dying before their fifth birthday.

Niger © Jean-François Herrera/MSF
Niger © Jean-François Herrera/MSF
“With an overwhelming number of severely malnourished children in need of treatment, the medical structures run by the Ministry of Health in Niger are now overburdened. Those children are often in a critical health condition, which increases the risk of death. Even in the most optimistic scenario, mortality rates in nutritional programmes are still high, ranging from 3 to 4%”, said Patrick Barbier, MSF’s head of mission in Niger. “This is why preventing malnutrition is crucial”.

Quality preventive measures are essential in dealing with the recurrent nutritional crisis. In addition to treating children with severe malnutrition, since July MSF has distributed ready-to-use supplementary food to over 143,000 children. This supplementary food contains milk, minerals and vitamins and has been specially adapted to meet the nutritional needs of young children. These targeted distributions in coordination with the Government of Niger, the World Food Program (WFP) and UNICEF aim to inhibit the spread of malnutrition this year and reduce the severity of the crisis in future years.

“Prevention is about finding the best way of stopping children from becoming severely malnourished year after year, and also decreasing the medical, logistical and financial burdens that are created by the treatment of so many sick children”, said Dr. Susan Shepherd, Coordinator of MSF’s Nutritional working group.

Niger © MSF
Niger © MSF
The distribution of food supplements on a large scale this year represents a major positive change in the preventive response to the nutritional emergencies in Niger. However, the recurrent nature of the nutritional crisis in the country calls for these preventative strategies to be integrated into the fight against malnutrition on a more permanent basis.