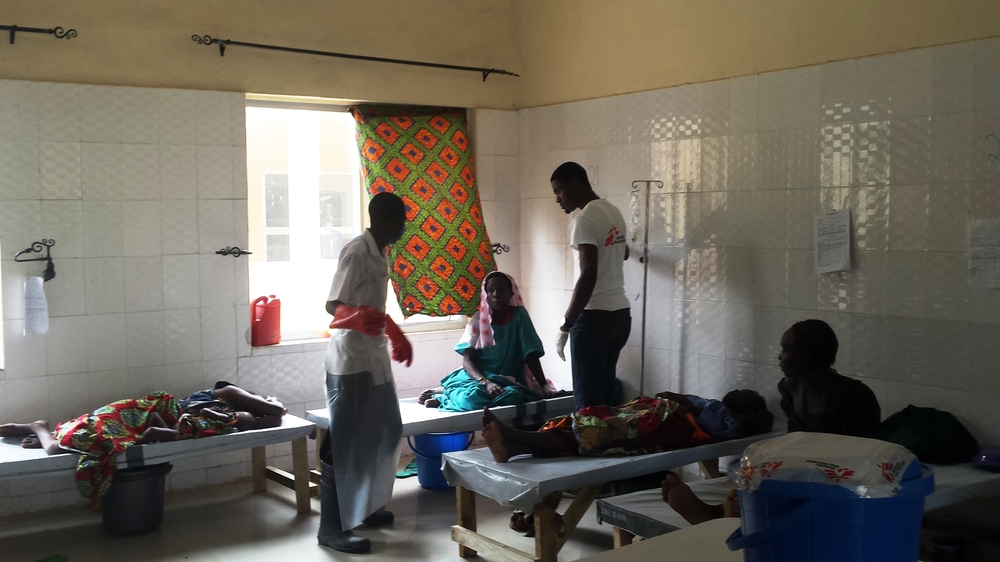 The first cases of cholera appeared one month ago in the internally displaced persons (IDP) camps in Maiduguri, the capital of Borno State, which is sheltering more than 1.6 million displaced people.

Over a three-week period, the disease spread to the city’s two other IDP sites. The official count of 16 September recorded 172 cholera cases and 16 deaths.

In cooperation with the Borno State health authorities, Médecins Sans Frontières (MSF), which has been working with displaced populations in Maiduguri since May 2014, is providing emergency medical and logistics services to fight the epidemic.

From 10-15 September, 187 patients, 64% of them with severe cases, were admitted to our cholera treatment (and isolation) centre (CTC), which has a 100-bed capacity.

During the day of the 13th of September alone, 50 patients were admitted to the centre. The least severe cases were treated in outpatient oral rehydration facilities.

In tandem with providing medical care, MSF initiated an effort in late August to improve hygiene and sanitation in the camp where the first cholera cases appeared. Teams ensured the chlorination of water sources as well as the provision of chlorine solution for hand washing. Efforts also included "home" disinfection when a case was identified.

Since then, our expert teams have been working in the second affected camp, where they identified a contaminated water source. In mid-September, MSF launched the same type of operation in the third affected camp.

‘‘Once again, MSF and the International Committee of the Red Cross (ICRC) find themselves alone in the field."

"No other international organisation has been here during the recurring emergency situations in Borno State and, more specifically, in the Maiduguri area – the site of the vast majority of people displaced by the years-long conflict between the Nigerian army and Boko Haram,’’  says Ghada Hatim, MSF head of mission in Nigeria.

"The living and hygienic conditions in the camps were and remain ripe for the outbreak of this type of epidemic. We need more support."

"We have repeatedly called on other humanitarian and aid organisations to assist displaced persons in Borno State and are again issuing this appeal, which has gone unanswered,” notes Chibuzo Okonta, MSF emergency projects manager in Paris.