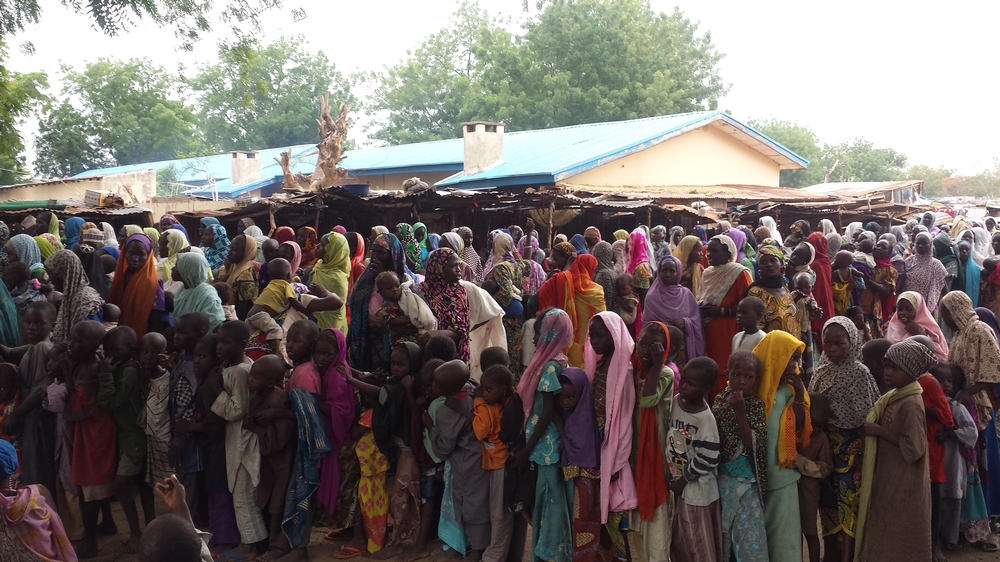 The health situation in Borno State in northeast Nigeria is critical. At least 500,000 people who are either displaced or cut off in enclaves outside state capital Maiduguri are in urgent need of food, medical care, drinking water and shelter.

“A massive relief operation must be immediately deployed to respond to this health disaster”, says Dr Isabelle Defourny, Director of operations at Médecins Sans Frontières (MSF).

As the army regains control of the main towns and some villages in Borno State, the extent of the emergency is apparent.

Hundreds of thousands have been cut off from the outside world, some for as much as two years, relying entirely on outside aid. 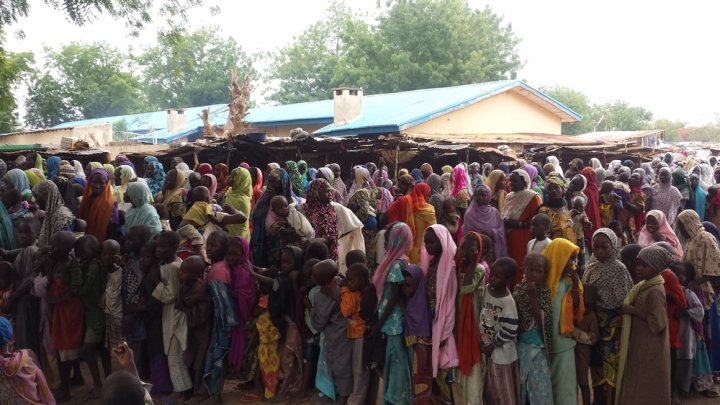 Claire Magone/MSF
The displaced population, estimated at about 10,000 people, is regrouped in a camp which is located within the walls of an abandoned hospital

"We have been told that people including children there have starved to death” said Ghada Hatim, MSF head of mission in Nigeria. Within a month almost 200 people have died – 6 people per day are dying from malnutrition and diarrhoea.

Bama is now a ghost town accessible only under army escort. While there are some food distributions and close to 1,500 people — the most vulnerable and sick — have been evacuated by the authorities.

Fifteen per cent of children are suffering from severe acute malnutrition and mortality rates are significantly higher than the emergency threshold. 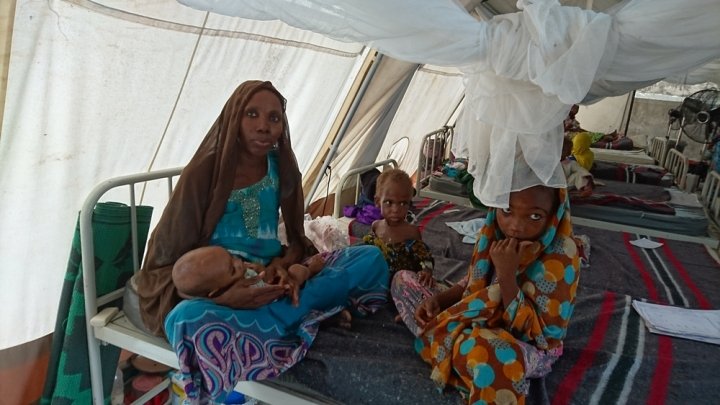 The most critical cases will be transferred to the closest referral hospital in Maiduguri where MSF is scaling up referral capacity as children affected by measles outbreaks are turned away due to overwhelming numbers of displaced people fleeing violence in the region.

“A massive aid effort is vital to provide assistance to people who are cut off or in remote areas”, continues Dr Defourny.

“Everything suggests that the situation of people in other towns like Dikwa and Monguno is just as critical and that they also need food and medical care.”

Bama and Dikwa and areas close to the frontline exposed to attack by Boko Haram can only be reached under army escort. MSF is conducting other exploratory missions despite the highly insecure context and access issues.

MSF has been working in Maiduguri in Borno State since August 2014. The organisation runs two clinics, a nutrition centre and a health centre in one camp and provides medical consultations.

In recent months, MSF has developed large-scale projects to ensure water supply and acceptable standards of hygiene in camps in Maiduguri and continues to conduct epidemiological surveillance of people living in them.