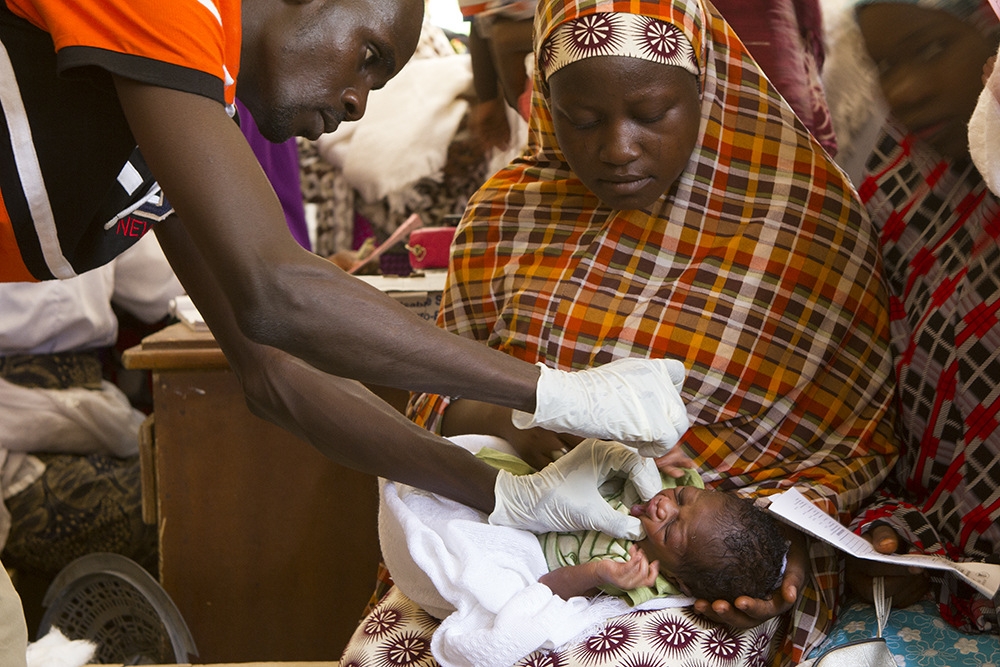 Since May 2013, a violent insurgency by Boko Haram has led to widespread displacement and an escalating humanitarian crisis in the Lake Chad region.

Nigeria's Borno State remains the epicentre of the current conflict and the situation continues to be extremely volatile and tense. Random attacks are common, mostly targeting civilians.

“Boko Haram attacked our village at night, around 10 p.m.,” recalls Fatima, 45 years old. “Armed men entered the houses and burnt them down. Many people were killed. My sister was kidnapped, and I haven’t heard from her since. We fled into the forest and walked for 24 hours until we found a road and transport to Maiduguri.”

Hundreds of thousands of displaced people currently live in Maiduguri, Borno State’s capital. Many of them are supported by local communities, while approximately 100,000 are gathered in 22 camps around the city.

“There are twelve of us living in a tent, with no other choice,” says Aisha, a 55-year-old displaced woman living at the Federal Training Center (FTC) camp. “The canvas is torn and inside it is full of dust and insects. Everything gets wet when it rains.”

MSF has opened three primary health care clinics that serve a catchment area of around 35,000 people. MSF also runs a 72-bed hospital in Maimusari, which includes a 12-bed maternity unit and 60 beds for pediatrics, nutrition, and intensive care.

MSF also makes regular donations to local hospitals to help deal with mass casualties following bomb attacks, and is providing mental health support to the survivors of the conflict, as well as water and sanitation in six camps and distribution of basic survival items to more than 7,000 families.