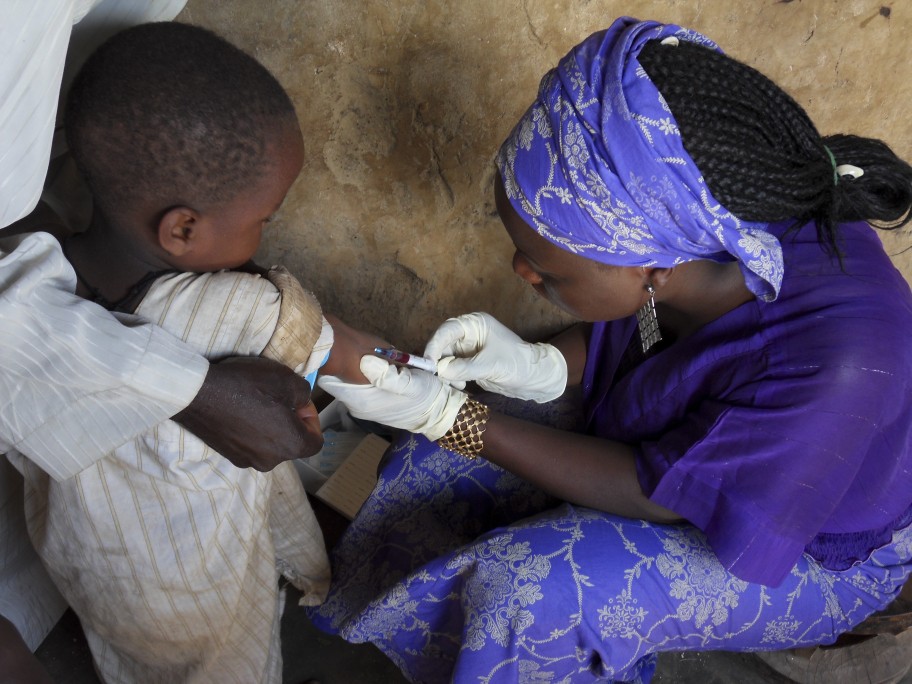 Earlier this year, cases of lead poisoning in children and adults were confirmed in 5 villages in Zamfara state, northwestern Nigeria. Since early June, MSF, in collaboration with Ministry of Health has been providing emergency treatment for children under 5 years of age and breast feeding mothers, as they are the most vulnerable group to be affected by the poisoning.   In mid-august this year, another two more villages were identified by MSF teams as being contaminated by lead.

The lead poisoning is a consequence of villagers practicing small-scale gold extraction from ore that contains lead. The processing of the ore involves crushing and drying, often inside the homes of villagers, resulting in the contamination of soil and increasing the risk of lead poisoning.

MSF is currently providing chelation therapy for the most vulnerable patients, mostly children, from three of the affected villages, and will continue to treat children in the coming months. Over 100 children are currently in treatment, and more than 400 have so far been treated, in the two centres opened by MSF (one in Anka town, the other in Bukkuyum town). The treatment is only effective if patients do not return to contaminated sites, otherwise they are at risk of recontamination.

However, remediation of the villages (remediation is the decontamination process involving the removal of affected soil) is a lengthy process, and was stopped for the month of August due to the rainy season. Remediation is being done by an environmental clean up agency "Terragraphics". With the identification of two more contaminated villages, this seems to indicate that the lead contamination of villages in Zamfara may be a much broader problem than originally estimated.