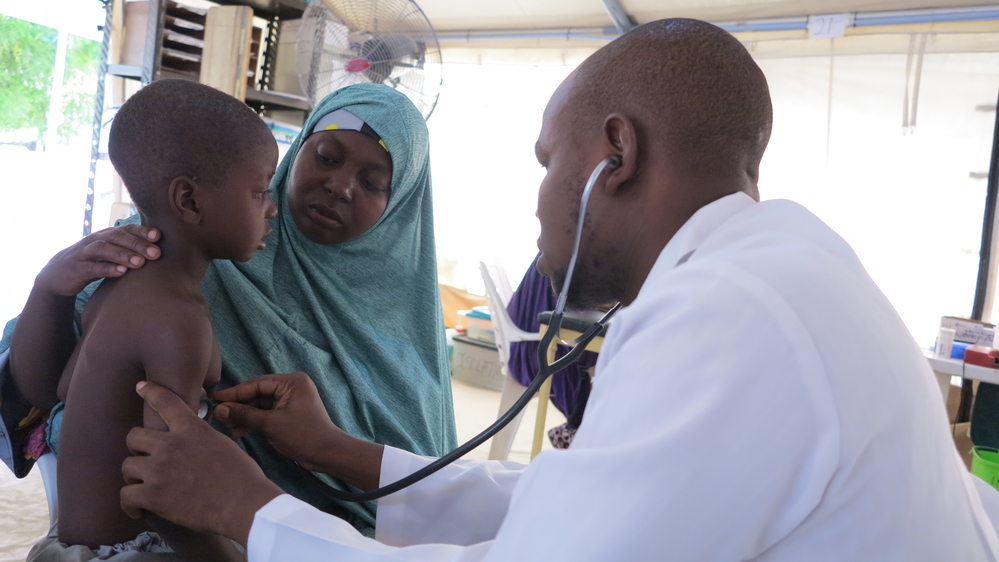 Nigeria: An increasing number of measles cases in Borno

Maiduguri, 9 April 2021- Médecins Sans Frontières (MSF) also known as Doctors Without Borders is caring for a high number of patients suffering from measles in and around Maiduguri, the capital of Borno state in Nigeria. “The first child affected by measles was admitted in Gwange Paediatric hospital on 3rd December, 2020 and the number of patients has been increasing since then in Maiduguri hospitals”, says David Thérond, MSF Head of Mission. “A vaccination campaign is required to see the number of cases decrease.”

So far a total of 1158 children with measles have been received in Gwange paediatric hospital in Maiduguri from 1st January to 3rd April 2021, of those 58% have come from Zabarmari, a small town located about 20 km from Maiduguri. 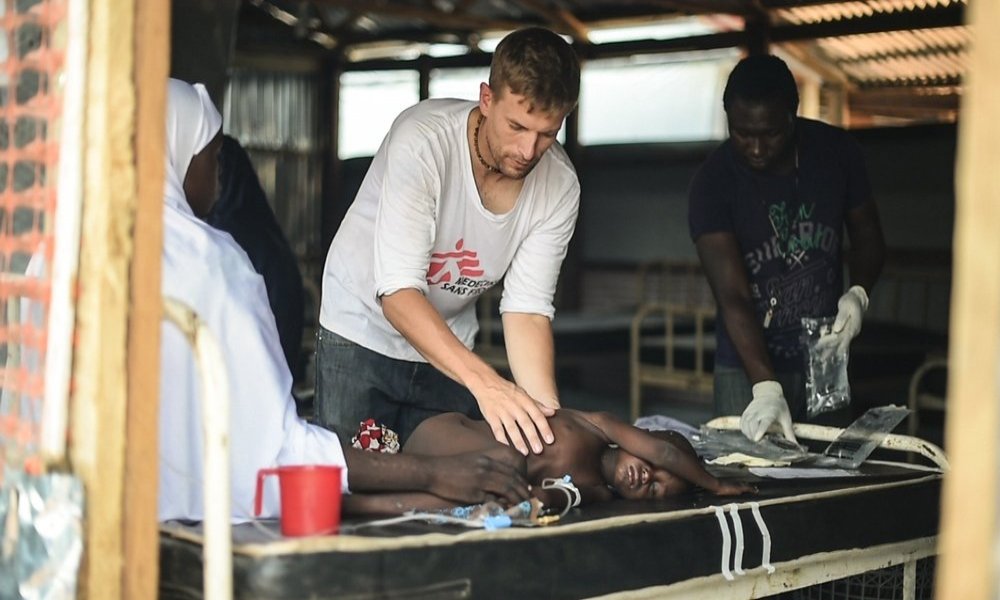 Ikram N'gadi
Malnourished are vulnerable to diseases, especially when not being vaccinated. Measles as well as other childhood diseases are a risk for their health status. General Hospital camp Damboa, Borno State. 2016.

In response, MSF strengthened the hospitalization capacity in both Gwange and Fori health facilities facility, increasing the number of beds from 65 to 105 in Gwange.

Borno state has had incidents of measles epidemic every two years over the past decade.

MSF has also launched activities in partnership with the health authorities in the town of Zabarmari, one of the most affected areas which has an estimated population of over 45,000 people including displaced families in host community.

Given that access to Zabarmari remains a challenge, due to the volatile context, MSF has set up a local team comprising of ten community health workers and a nurse.

This team in Zabarmari is supervised by a mobile team coming from Maiduguri to support the local primary health care and refer severe cases to the Gwange paediatric hospital in Maiduguri.

Factors contributing to the measles epidemic

Borno state has had incidents of measles epidemic every two years over the past decade.

During the measles outbreak in 2019, eight local government areas of Borno state were affected and MSF provided care to 4,000 children in Gwange and Bama hospitals. 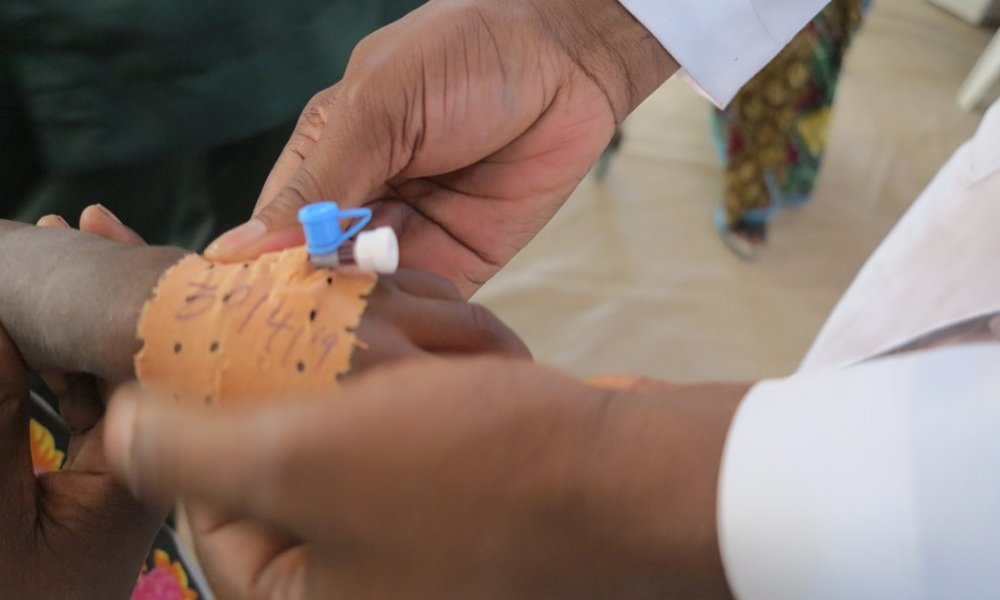 Wairimu Gitau/MSF
A measles outbreak spreading across northeastern Nigeria, centred on the city of Maiduguri, in Borno state.

Several factors contribute to the epidemic.

This includes the fact that the routine vaccination is not carried out in many locations because over 60% of health centres, according to health authorities, are closed or unable to function properly because of the conflict, and the fact that NGOs providing health care in remote areas have been forced to leave due to security reasons.

"All of my seven children have had measles at different times"

Kubura Mohammed, a mother of seven children, is from Zabarmari. She is in the paediatric hospital with her four year old daughter, Kaltume Hafisu, who has been diagnosed of measles.

‘My daughter has been ill for six days before I brought her to the hospital. The medical team were all around my daughter throughout our first night because her condition was really critical. Her treatment commenced from the moment she was admitted and this includes blood transfusion and the administration of intravenous fluids’. 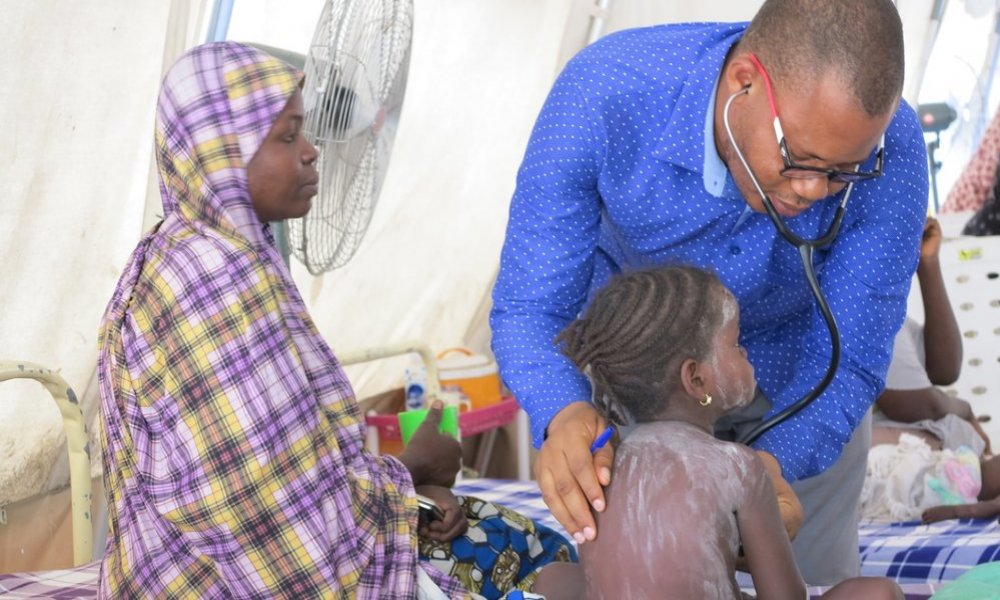 Wairimu Gitau/MSF
A measles outbreak that spread across northeastern Nigeria, centred on the city of Maiduguri, in Borno state in 2019.

‘The care we are receiving here is completely free. We appreciate what MSF is doing in our community and I must add that about two weeks ago, one of my daughters was also treated of measles in this hospital. All of my seven children have had measles at different times’.

“We are engaged in discussions with the authorities and get prepared to support the health authorities for a catch up vaccination campaign in Maiduguri and Zabarmari as soon as vaccines are available, because measles is extremely contagious and especially dangerous for young children,” notes David Thérond. 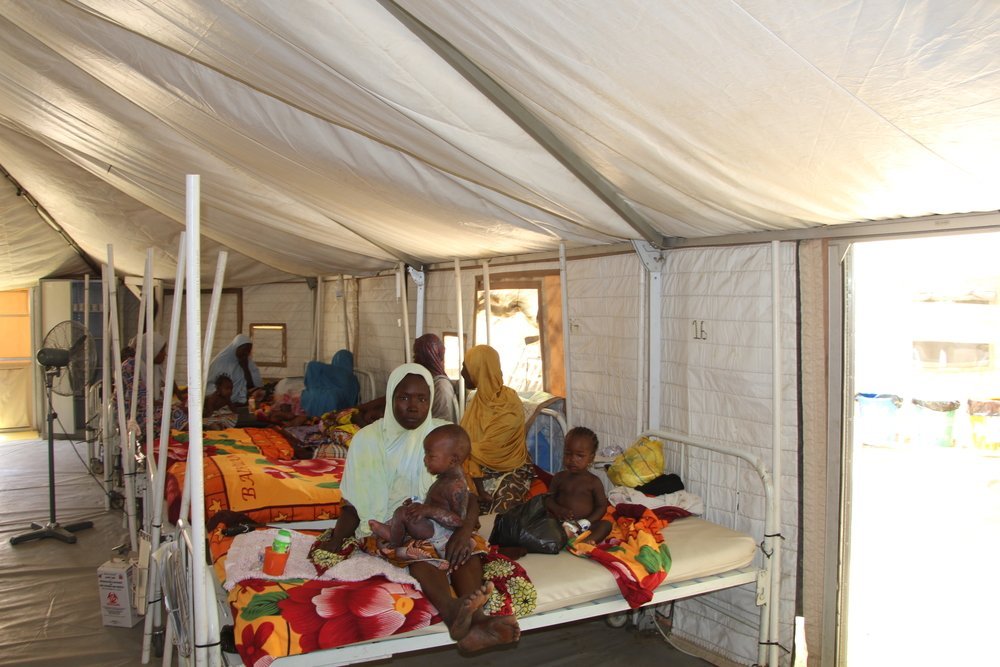 Abdulkareem Yakubu/MSF
In the West of Maiduguri, MSF caring for measles patients in Gwange hospital in 2019.

The vaccination plan is still under discussion at state and federal levels with the Ministry of Health and the World Health Organisation.