Nigeria: Testimonies of people who lost safety in Zamfara

Rising violence in northwest Nigeria’s Zamfara state is causing a humanitarian crisis. MSF teams in Zamfara state have witnessed an alarming rise in preventable illnesses associated with a lack of food, drinking water, shelter and vaccinations.

People who make it to the MSF health facilities say that the surge in violence has forced them to flee their homes, farms and grazing lands.

Some have sought protection in Zamfara’s larger towns, such as Anka, where they are sheltering in both formal and informal camps. 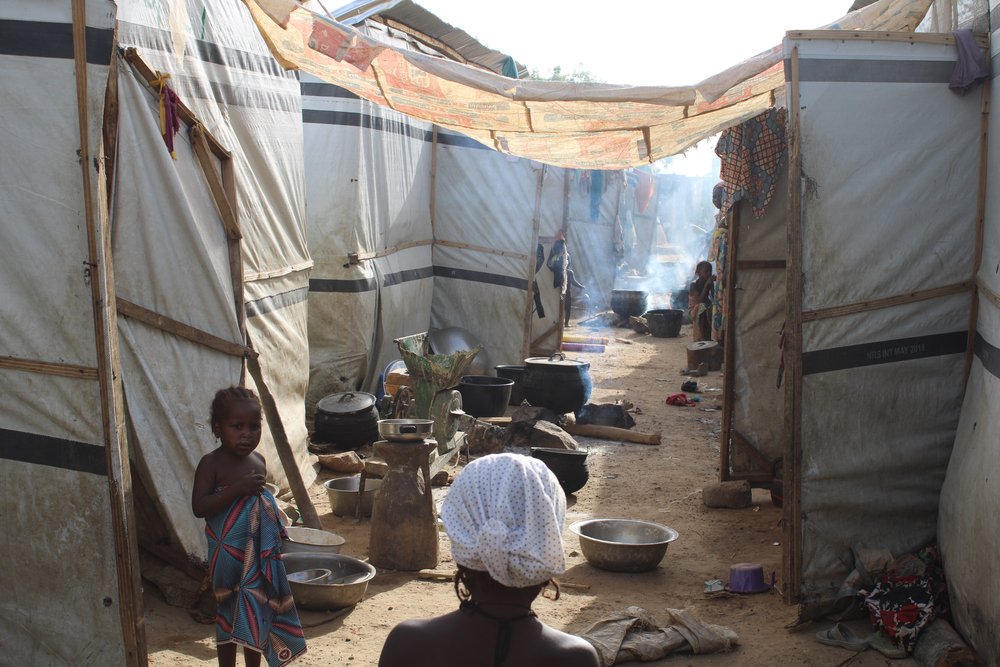 Living conditions in the camps are dire, with no regular food distributions or proper shelter, and insufficient water points and sanitation facilities.

Other people have stayed in their villages, too afraid to travel on insecure roads.

Many have delayed their trips to seek medical care or fulfil other basic needs.

In February 2021, more than 124,000 displaced people were living in Zamfara state, according to the International Organization for Migration (IOM) – an increase of more than 12,000 since August 2020.

In Anka town alone, MSF teams counted more than 14,000 displaced people, with around 1,599 arrivals in the first four months of the year. 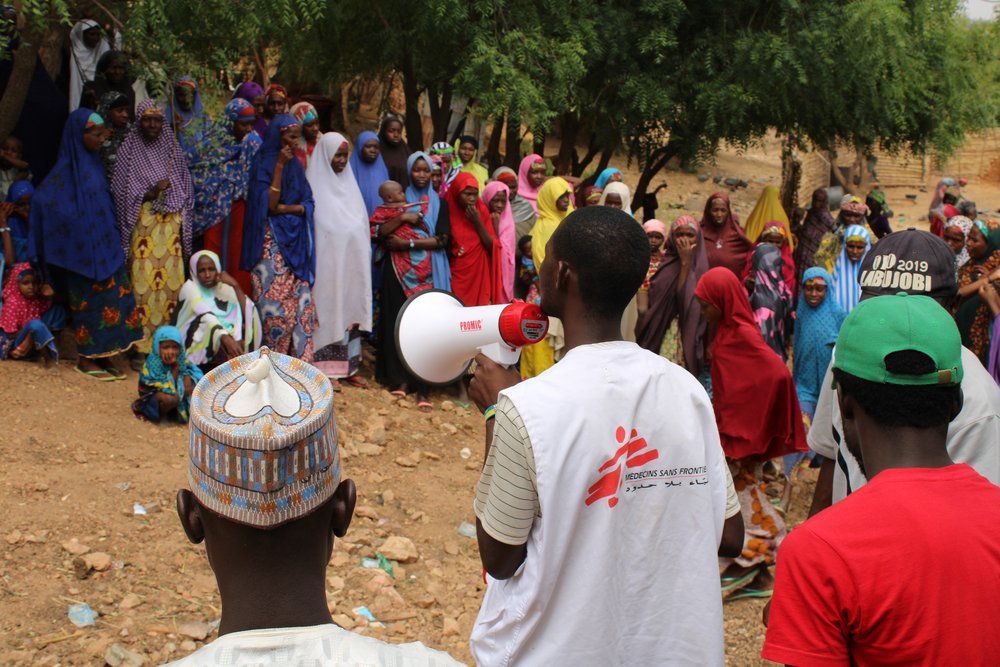 MSF/Ghada Saafan
MSF distributed soap in Fulani IDP camp. People living there do not have access to proper water and sanitation services.

As the violence worsens, reports of kidnappings, armed robbery, sexual violence and killings have multiplied. Between January and April, MSF teams in Zamfara supported over 100 survivors of sexual violence.

Women, and sometimes men, are abducted by armed men and subjected to violations for weeks before being returned to their community.

This is in addition to the violence faced by women within their own communities. 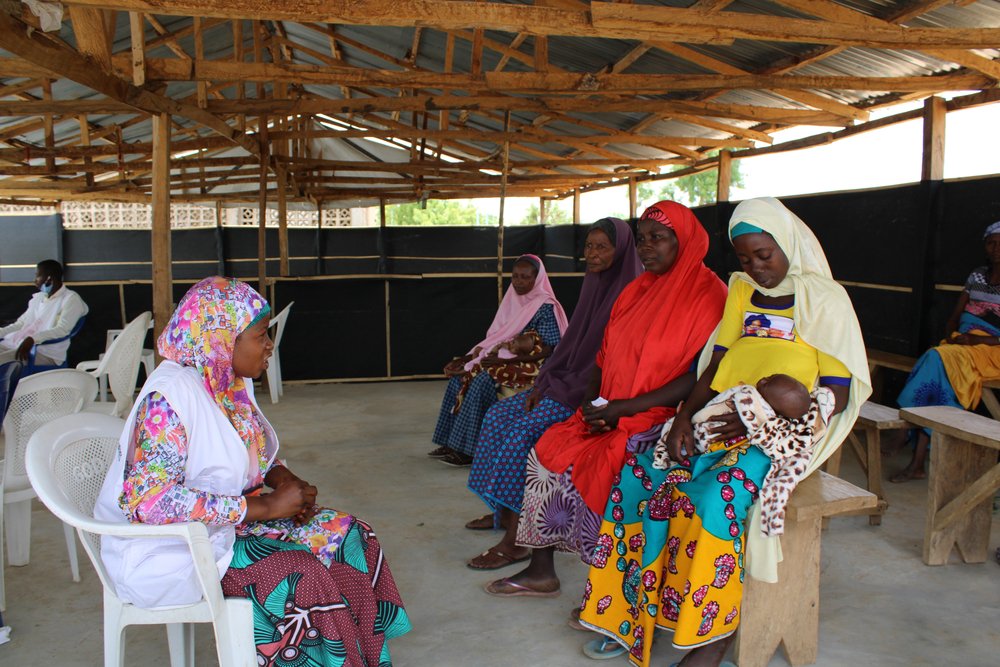 The survivors of rapes and sexual assaults are afraid to travel along the dangerous roads and often seek support late, or not at all.

They often arrive at our clinics too late to prevent sexually transmitted infections, suffering from serious mental trauma and in desperate need of protection.

They tell us that there are more survivors out there who are too afraid to travel here.

The testimonies below show three examples of different kinds of suffering that people go through in northwest Nigeria.

1. Sexual violence survivor being treated in an MSF clinic in Shinkafi, Zamfara state

I was going home after sunset. I was done selling food for the day.

Three men took me. They had guns. They took me to a house in a village. They raped me and they did not bring me back until dawn.

"There were three men, each one raped me"

Then, it happened again, two to three months later. It was about 8pm. I finished selling food and was on my way to bring the plates back home when they took me again.

They shut my mouth and dragged me into the bush with their guns. There were three men, each one raped me. They said that they would not bring me back.

I was crying, but they told me that if I didn’t cooperate, they would shoot me. They did not bring me back until the next afternoon, when everyone was looking for me. 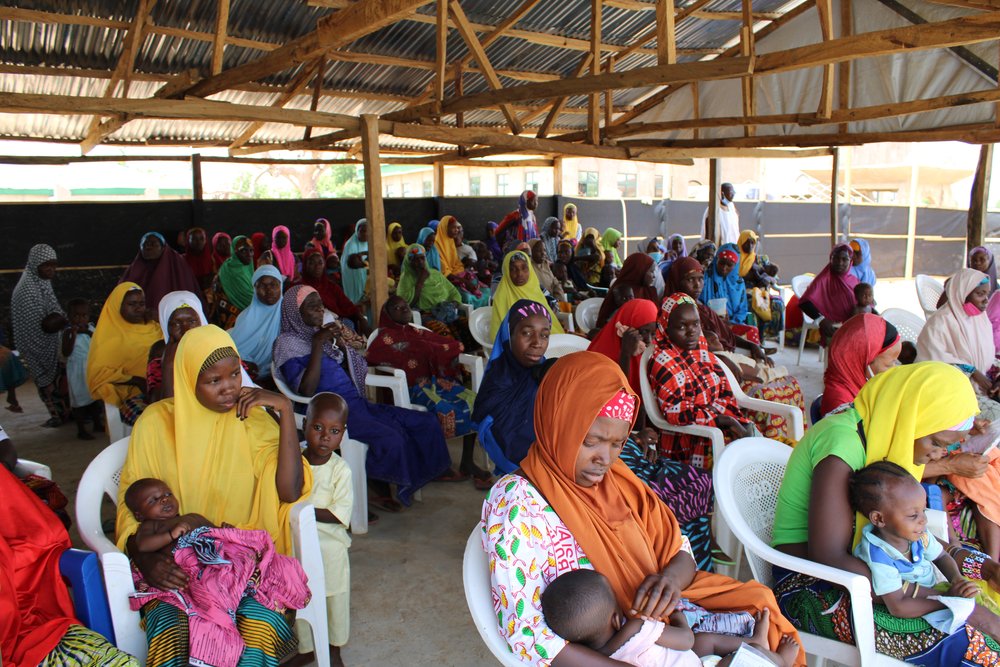 I was crying when I came back, but I didn’t tell anyone apart from my grandmother. She said I should keep quiet and ignore what happened.

Then, our father decided to take me to the hospital in Zurmi.

This thing happened to me that makes me cry. And my greatest concern is that I got pregnant because of what they did to me.

What am I going to do with it?

My name is Malan Danbube, and I used to be an imam in our village. I lived happily with my family until this calamity befell us.

We heard from time to time about gunmen who raided villages and killed people. One day, it happened to us.

I will never forget that Wednesday.

"After they left, we buried our dead in a state of shock"

These criminals arrived with their guns to steal the grain we were grinding, and killed twenty six people in my village.

After they left, we buried our dead in a state of shock. I could barely collect what to say in the prayers during their funerals.

After that, many of us left the village. We had to. But we did not know where to go to find safety. We could not afford a car so we walked and walked until we reached a larger town.

I had no money to rent a house for my family, so the Emir of Anka gave us refuge in this camp. This was two years ago.

We have been living here ever since. We are farmers, so we know no other trade. I used to rent a motorbike to go fetch water and firewood, or I worked in a farm in the bushes to get some food for my family. 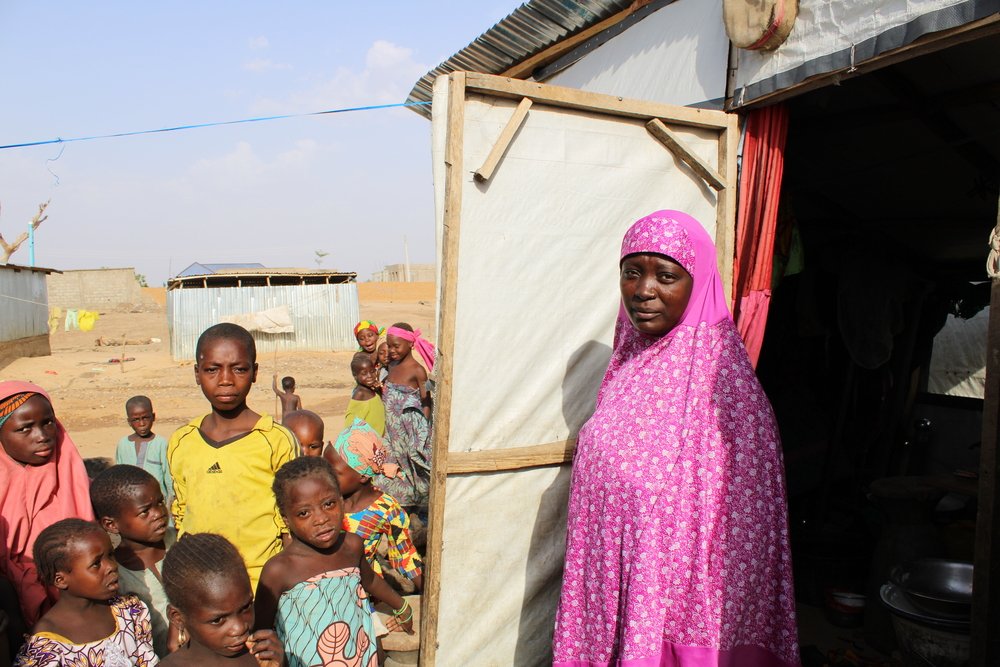 MSF/Ghada Saafan
“I have been living here for two years. My family and I left our village because we feared armed men may attack it again. To make some living I make clothes for people in the camp”. Says Talatu, who is displaced and lives in Emir Palace Camp.

Now those places are no-go areas. People who try to take the roads are killed one after the other.

I have no money and nowhere to go.

People keep arriving in Anka, but there is no more space for them in this camp. My brother recently arrived and I’m trying to find a room for him and his family.

The other day, one boy arrived with his grandfather. They are trying to find a place in the camp too. They told us that seven people were killed in their village.

I don’t know when things will get better and we will be able to go back to our village and farm again.

Thank God we receive help sometimes. I’m grateful, but I want to be in my own house. I used to have a private toilet, now I share one with another 100 people.

And you are lucky if you get a meal every day.

3. Chief of a herders group, informal camp on the edge of Anka

My name is Muhammadu Babuga.

For many years we have been living in the bush, rearing our animals and farming near our villages, not in the city.

Our problems began when the thieves started attacking. They beat and kidnap people, steal cattle, and even murder people. We decided to leave and move close to a town.

We built our home in an informal camp close to the city, as a shelter for people coming from different places. So far, people have come here from nine different villages.

I came with more than 100 goats, but I lost some of them and sold others to build a home. I needed money to rent a farm to get some food.

Now we’re even afraid to rear our cattle because the thieves followed us here and attack us. 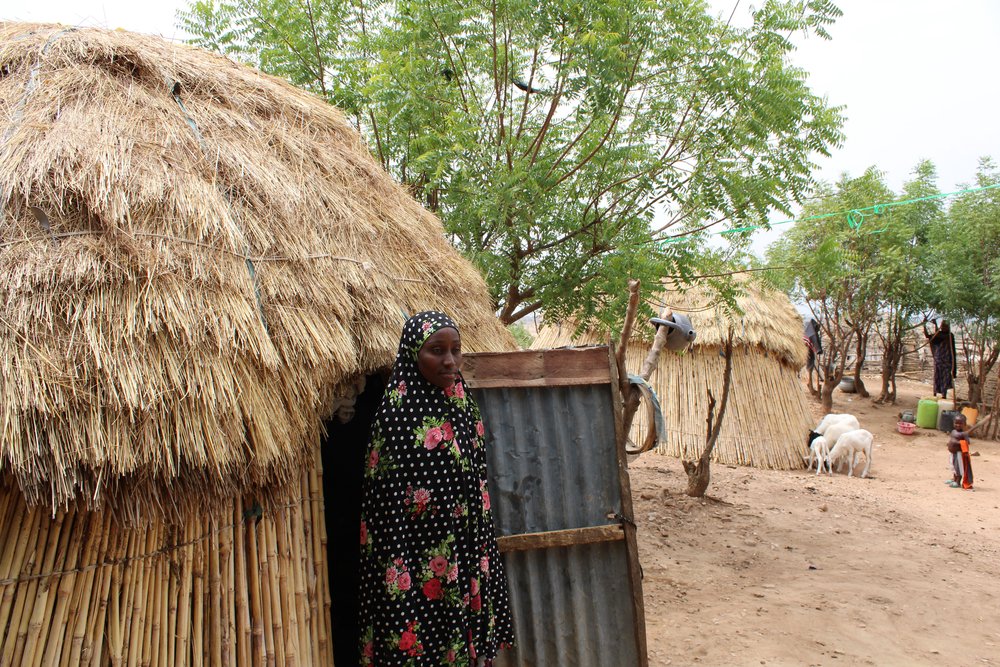 MSF/Ghada Saafan
“We had to flee the grazing land and we lost a lot of our cattle. Now I make a living by selling some milk to people in the community”, says Nana who lives in an IDP camp on the edge of Anka.

Two months ago, they even attacked us in this camp. They stole some cows; one person was injured and three people were kidnapped and taken to the bush.

We tried to find help for our injured friend, but weren’t able to get any before they died.

After his death, we came back to the camp, but we can’t live here anymore. We’re trying to sell the cows of the kidnapped to pay for their ransom.

We only stay here during the day to rear the cattle and the go back to the city in the evening and sleep there. Then we come back in the morning.

We are getting tired.