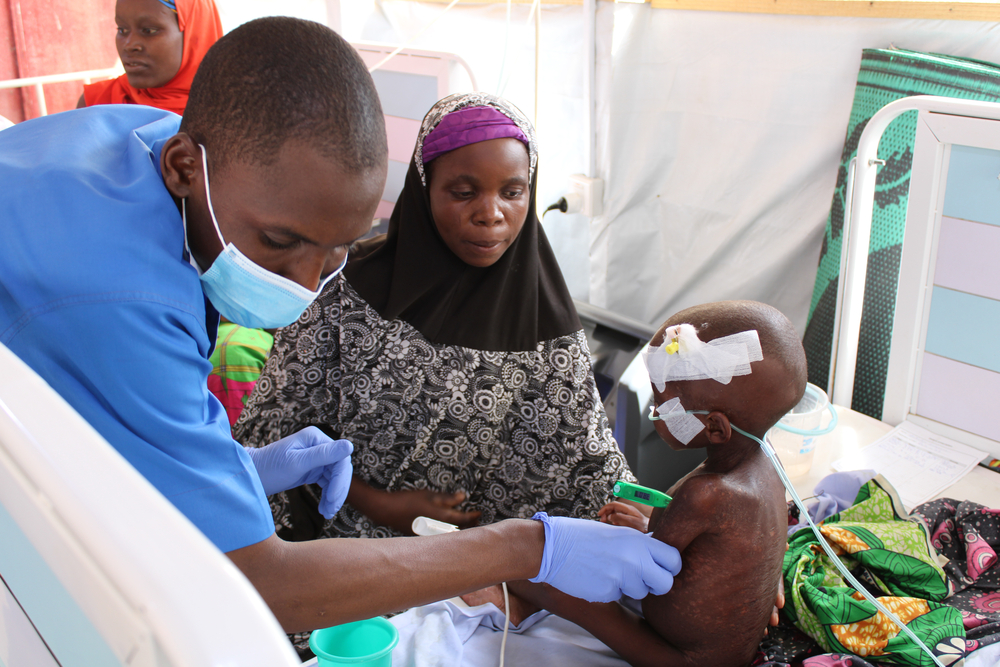 “Our teams in Zamfara state have witnessed an alarming rise in preventable illnesses associated with a lack of food, drinking water, shelter and vaccinations,” says MSF’s Dr Godwin Emudanohwo, speaking from the hospital MSF supports in the town of Anka. 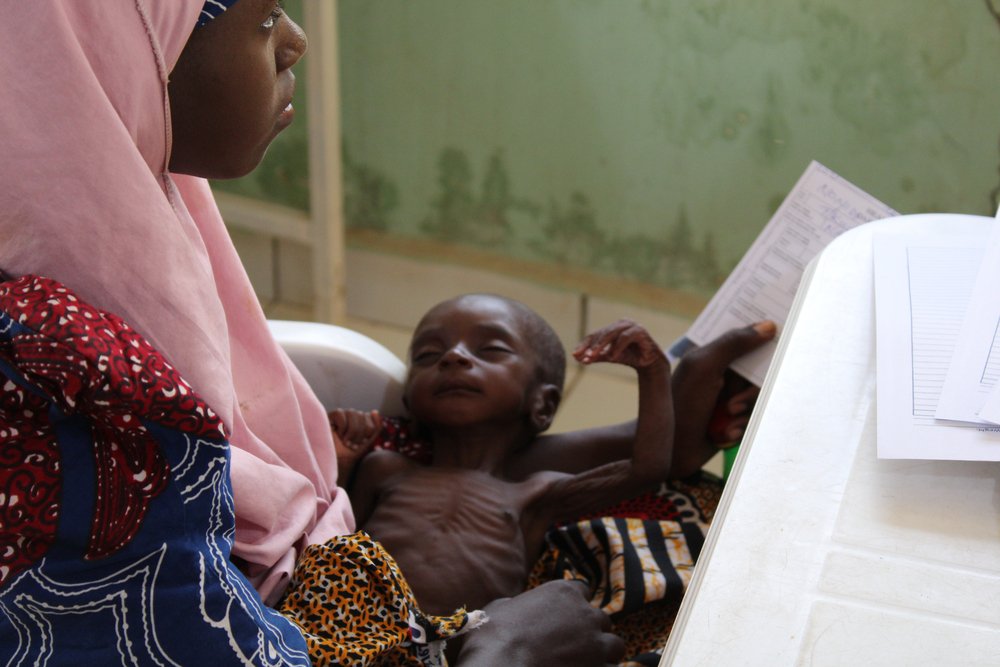 “Children keep on arriving here in a very bad condition."

"In the first four months of 2021, our teams in Anka, Zurmi and Shinkafi treated 10,300 children for severe acute malnutrition, measles, malaria, watery diarrhoea and respiratory infections."

"This is 54 per cent higher than in the same period last year.” 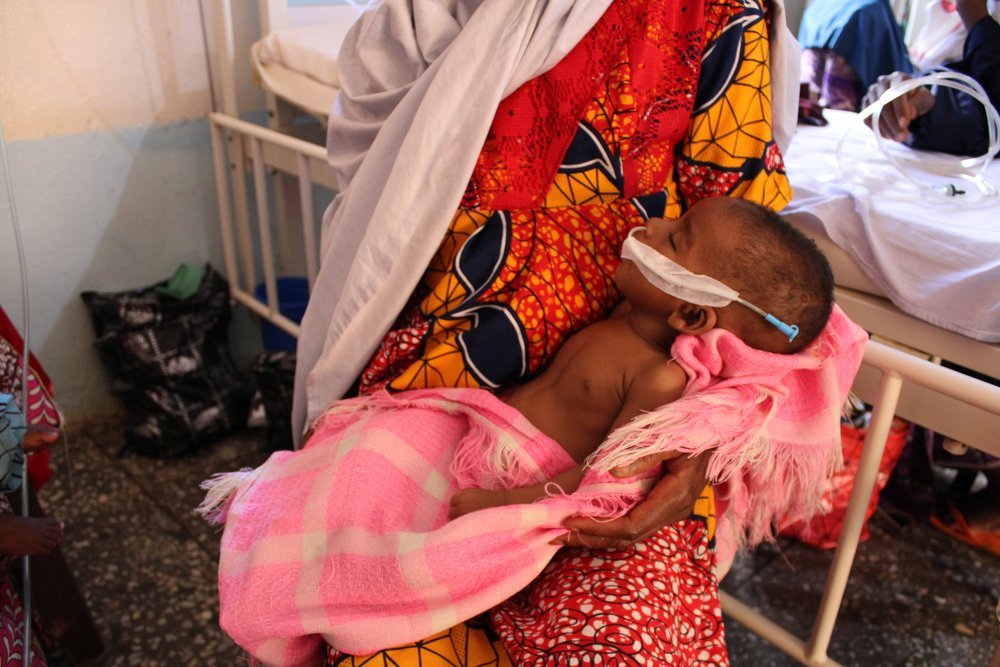 What began as occasional clashes between farmers and herders competing over increasingly scarce land and water resources has now evolved into generalised random violence by armed groups, who use kidnapping and plundering as a lucrative source of income. 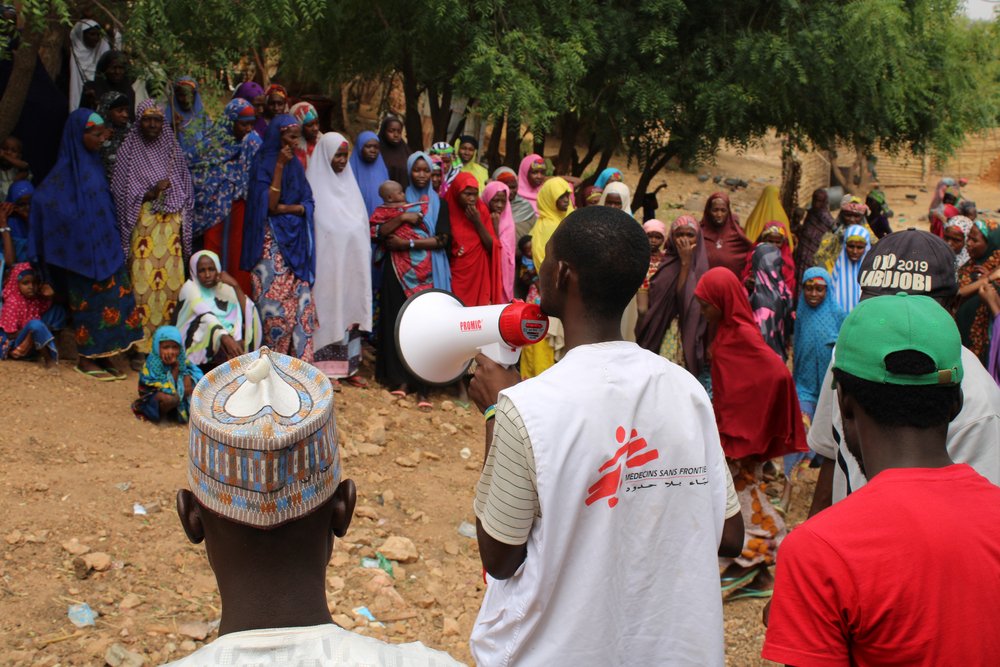 MSF/Ghada Saafan
MSF distributed soap in Fulani IDP camp. People living there do not have access to proper water and sanitation services.

People who make it to MSF health facilities say that the surge in violence has driven them to flee their homes, farms and grazing lands.

Some have sought protection in Zamfara’s larger towns, such as Anka, where they are sheltering in camps, both formal and informal.

Living conditions in the camps are dire, with no regular food distributions or proper shelter and with insufficient water and sanitation facilities, according to MSF teams. 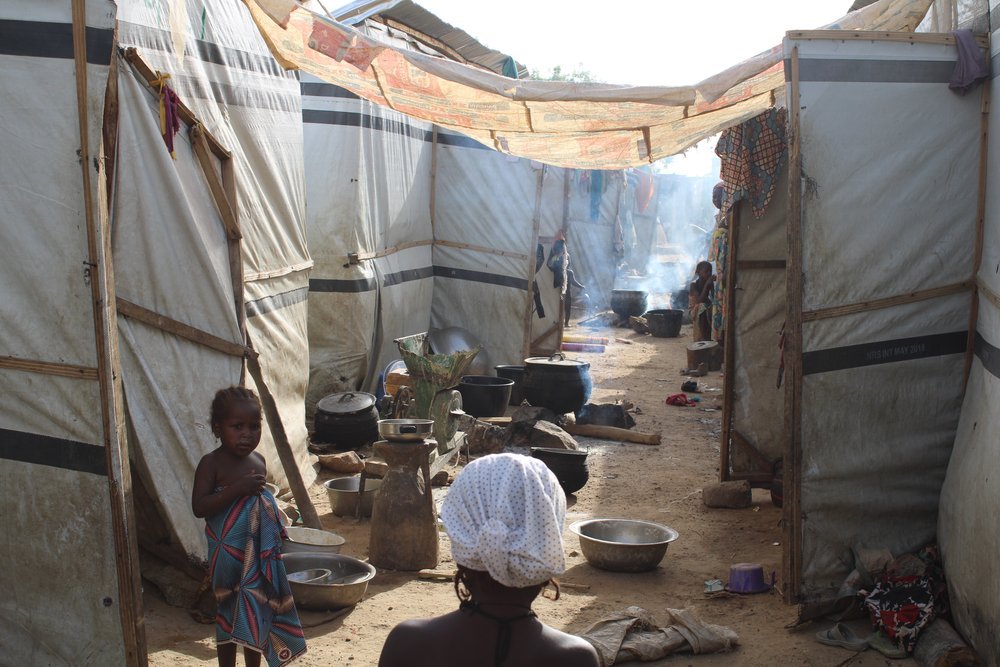 Living conditions in the camps are dire, with no regular food distributions or proper shelter and with insufficient water and sanitation facilities, according to MSF teams.

Other people have stayed in villages, too afraid to travel on insecure roads and delaying their trips to seek healthcare or fulfil other basic needs.

“There’s hardly any food to give to my children,” says Halima, two of whose children are being treated for severe acute malnutrition by MSF in Anka hospital. 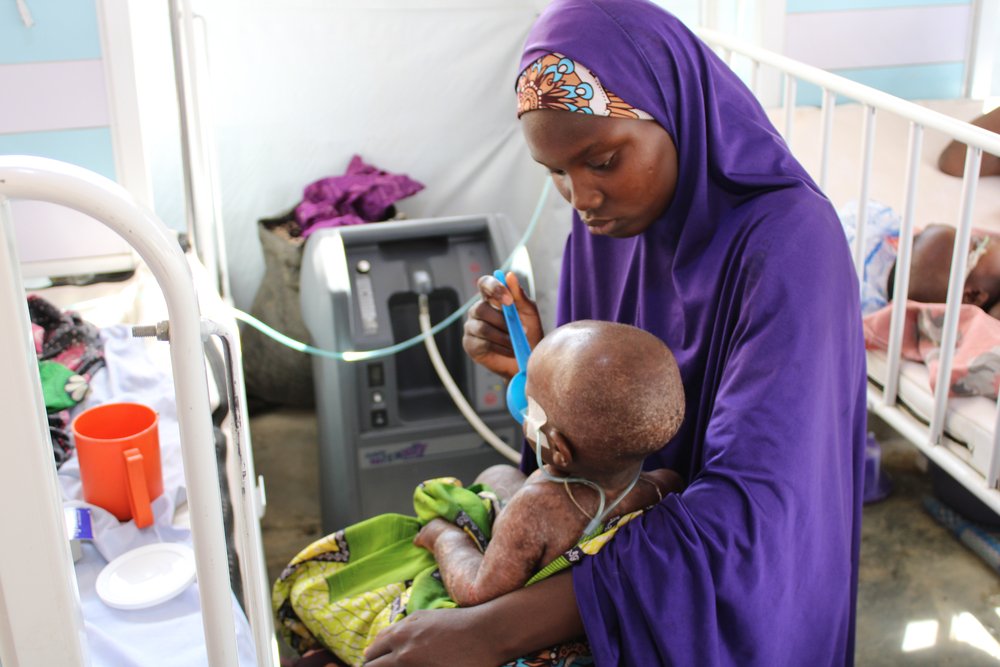 MSF/Ghada Saafan
A child patient on oxygen support in the critical measles ward in Anka General Hospital run by MSF.

“We can no longer grow crops because criminals attack our farms. Two of my children got measles and they were growing very thin. The roads are very dangerous but I had to risk our lives and bring them to hospital."

"Last time, when their elder sister got measles, I decided too late to travel by road and bring her to hospital. She had complications and now she is blind.” 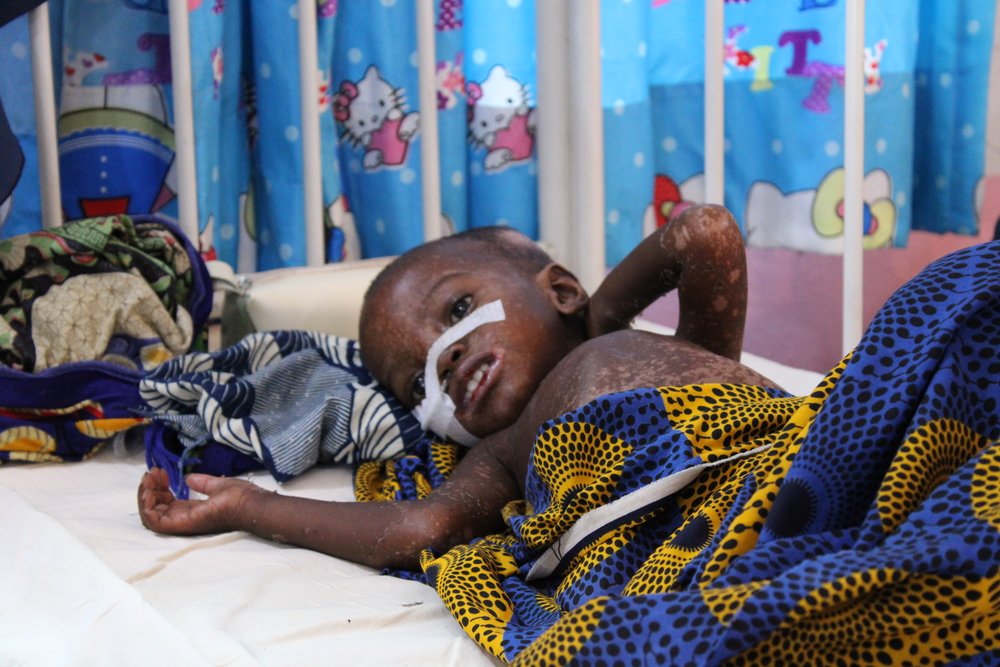 MSF/Ghada Saafan
“My two children suffered from measles so we brought them to the hospital, where they gave them drugs and sent us home," said Halima mother of child being treated in the therapeutic feeding center in MSF operated by MSF in Anka hospital Zamfara.

In February 2021 there were more than 124,000 displaced people living in in Zamfara state, according to the International Organization for Migration (IOM) – an increase of more than 12,000 since August 2020.

In Anka town alone, MSF teams have counted more than 14,000 displaced people, with around 1,599 arrivals in the past four months. 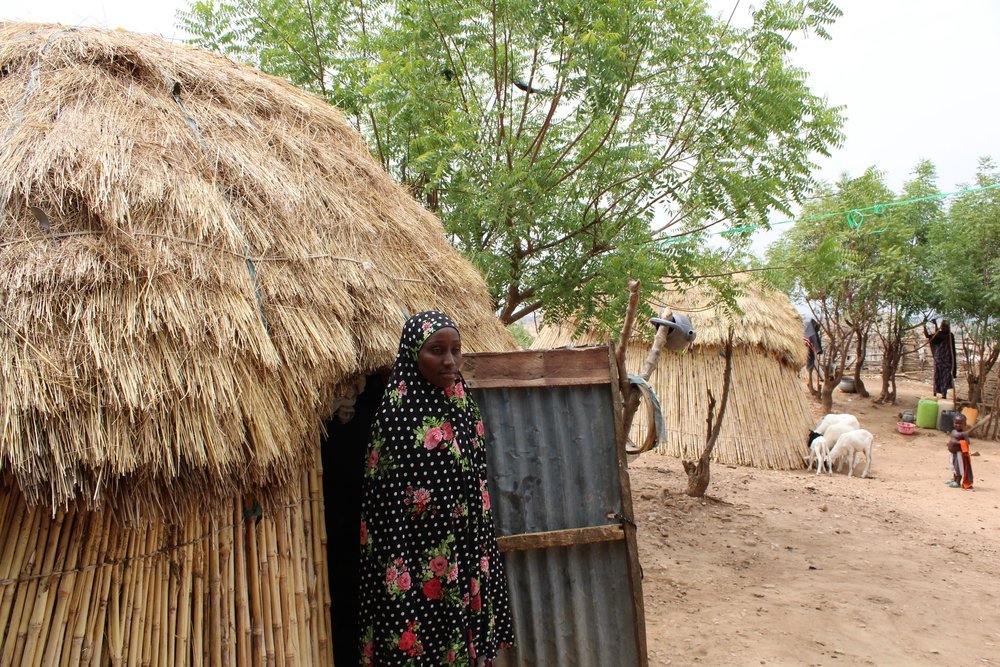 MSF/Ghada Saafan
“We had to flee the grazing land and we lost a lot of our cattle. Now I make a living by selling some milk to people in the community”, says Nana who lives in an IDP camp on the edge of Anka.

“We had to flee our grazing lands and most of our cattle were stolen,” says Nana, who is sheltering in a camp for displaced people on the edge of Anka.

“Now there’s very little for us to eat. I make a living by selling cows’ milk to local people.” 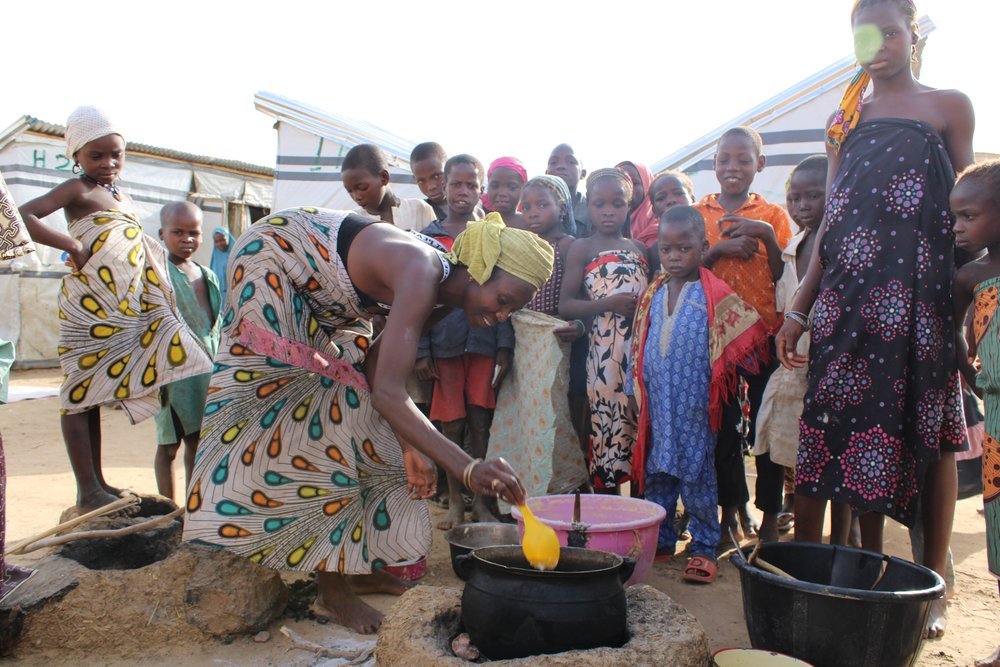 MSF/Ghada Saafan
“I make this dough of crushed beans and fry it and sell it. It is a staple for people living in the camp”, says Saratu, who lives in Emir Palace camp, with children gathered around her waiting for a portion of the fried dough.

The 150 beds in MSF’s paediatric ward in Anka hospital are already full, but staff fear the worst is yet to come.

“We are currently running over our bed capacity in Anka hospital,” says Dr Emudanohwo. 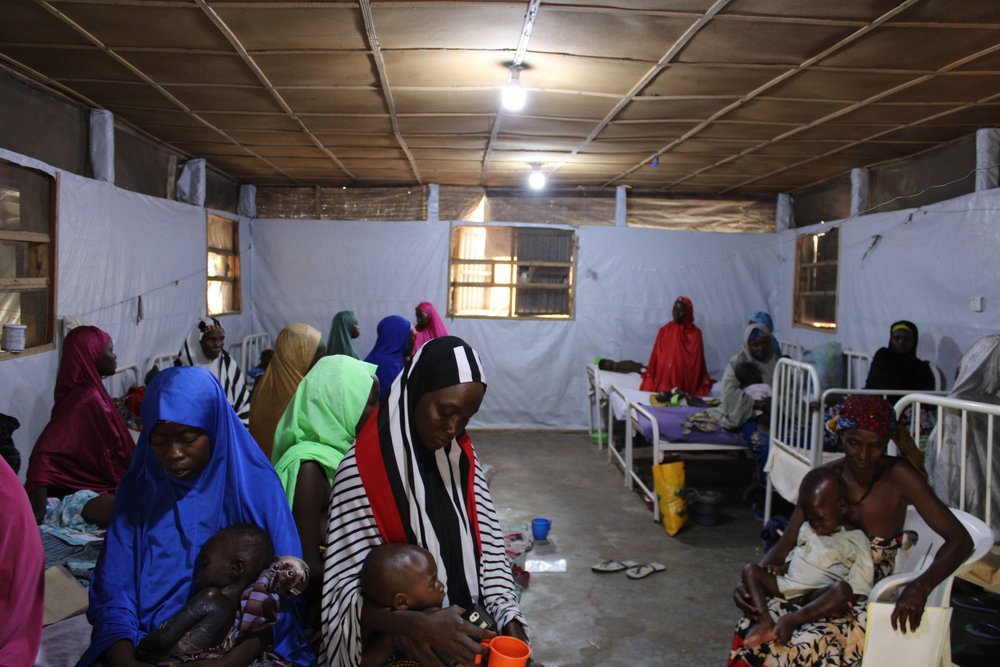 “Families tell us they won’t be able to farm for the new season, which means a new cycle of hunger. And the rainy season is yet to start, when malaria and other seasonal diseases increase." 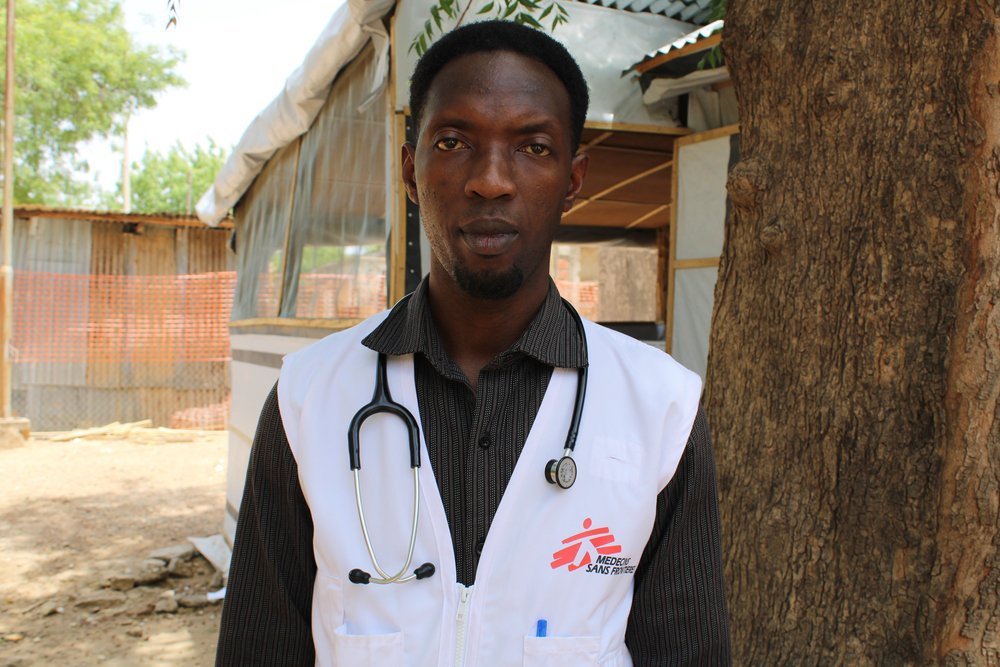 MSF/Ghada Saafan
Dr. Godwin Emudanohwo, pediatrician in Anka General Hospital: “I wish I could say that matters will get better with time, but rain season hasn’t even begun and the number of patients will only increase”.

Rise in kidnapping and sexual violence

As the violence spirals, reports of kidnappings, killings, armed robbery and sexual violence have multiplied. 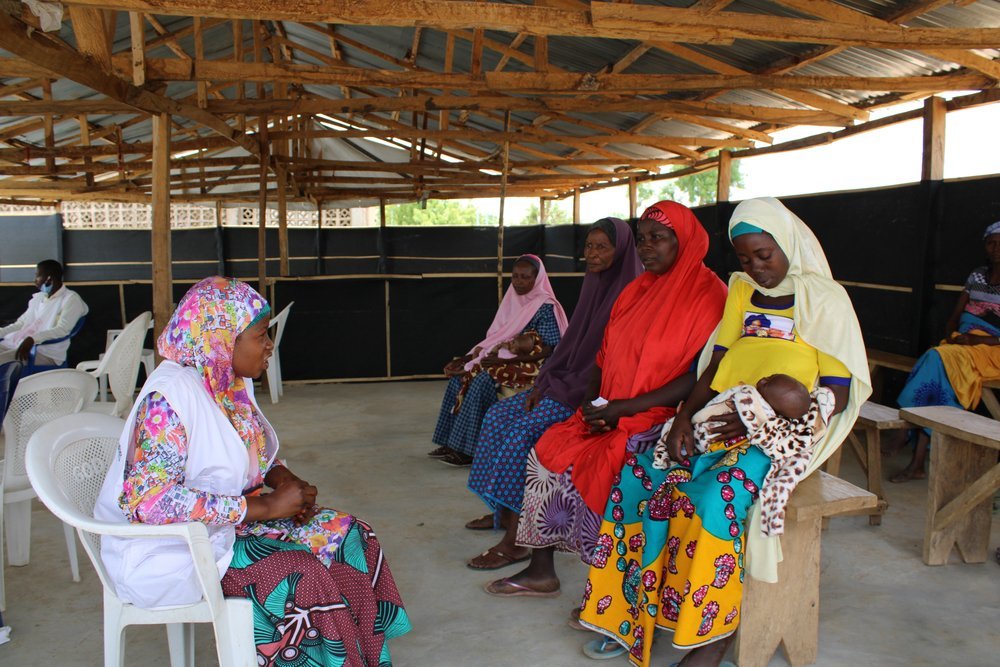 “Women and sometimes men are abducted by armed men and subjected to violation for a few weeks before being returned to their community. This is in addition to the violence faced by women within the community itself.”

Fear of travelling along dangerous roads means that rape survivors often seek support late, or not at all.

“The survivors are afraid to take the roads, so they usually arrive at our clinics too late to prevent sexually transmitted infections, with serious mental trauma and in desperate need of protection,” says Dr Nma. 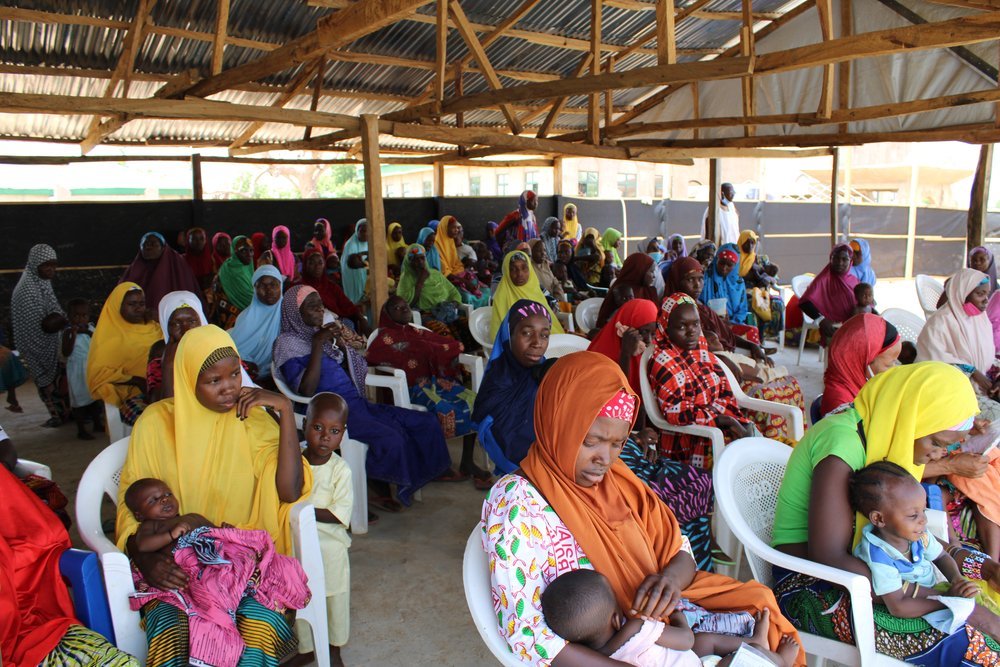 “They tell us that there are more survivors out there who are afraid to travel here, so we fear that we’re only seeing the tip of the iceberg.”

MSF is one of just a few aid organisations working in Zamfara state.

This is not the first time it has raised the alarm on the urgent need for increased humanitarian assistance and protection in the region. 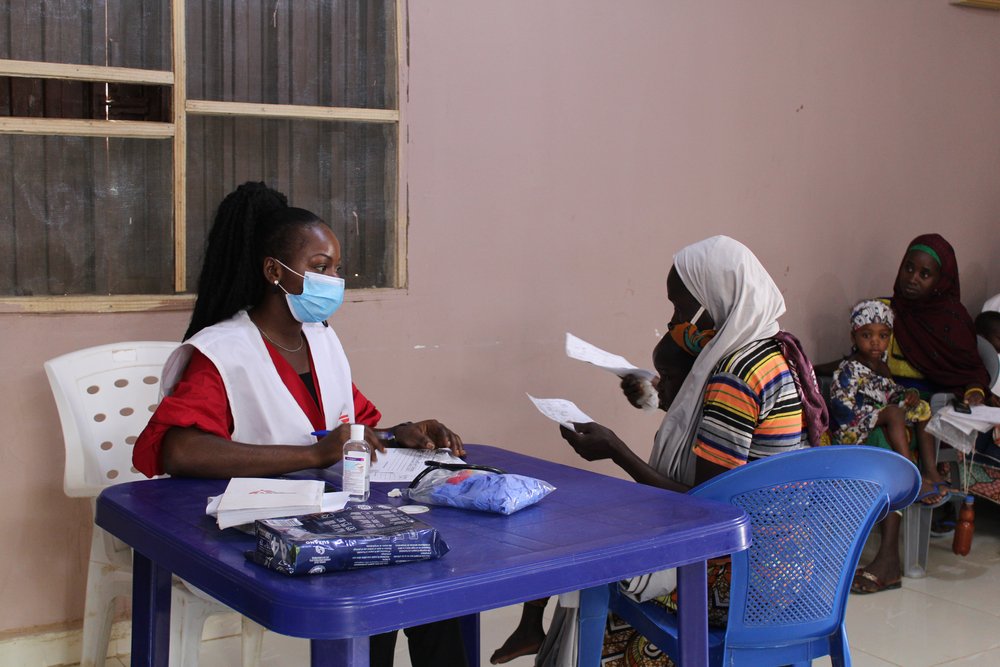 “Our teams have witnessed the speed at which the situation in Zamfara state has deteriorated,” says Froukje Pelsma, MSF head of mission in Nigeria.

“The lives of people in northwest Nigeria are now dominated by hunger, abuse and preventable diseases. What is happening here is a humanitarian emergency that needs urgent attention and a fast and proper response."

"The authorities and all relevant stakeholders should assume their responsibilities towards affected communities.”

MSF has been working in northwest Nigeria’s Zamfara state since 2010. 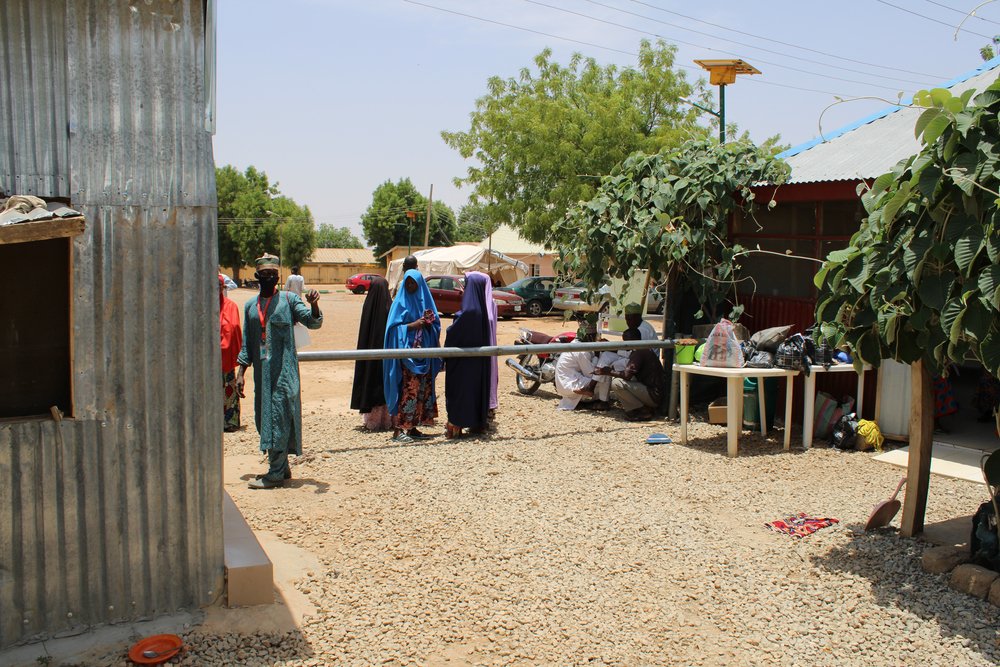 MSF/Ghada Saafan
Looking out the gate of Anka General Hospital run by MSF.

In Shinkafi, MSF manages a 39-bed malnutrition ward, an isolation tent for other diseases and a clinic for survivors of sexual violence; teams also provide surge capacity for treating malaria. 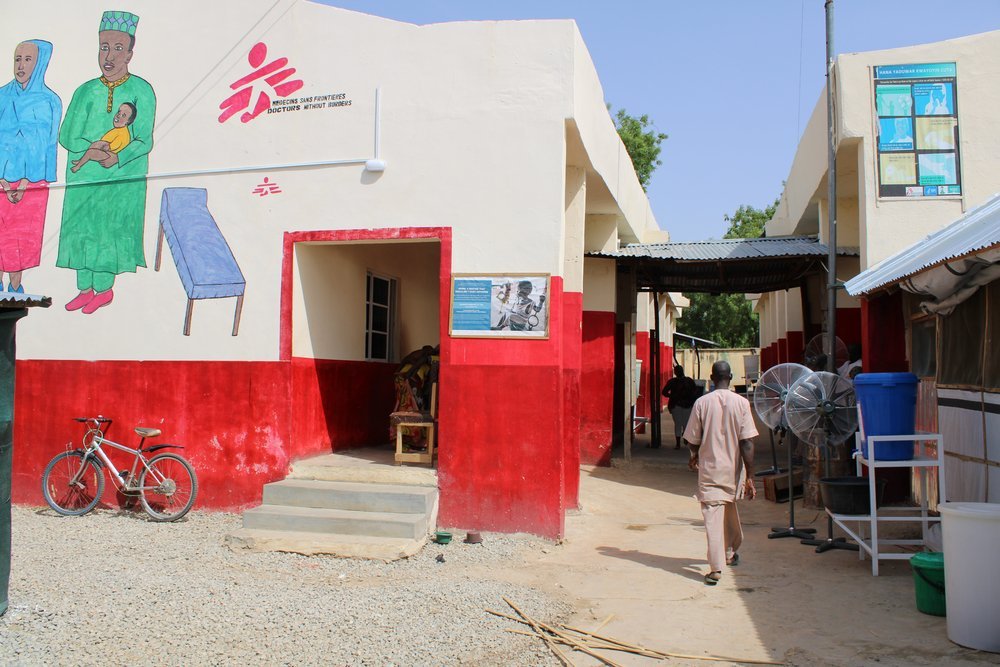 MSF/Ghada Saafan
Front of Anka General Hospital, run by MSF. On the left, the entry to the first phase of the Inpatient Therapeutic Feeding Centre (ITFC).

In Zurmi, MSF supports a 30-bed paediatric malnutrition centre and a clinic for survivors of sexual violence. MSF teams also provide mental health support in all of these locations.