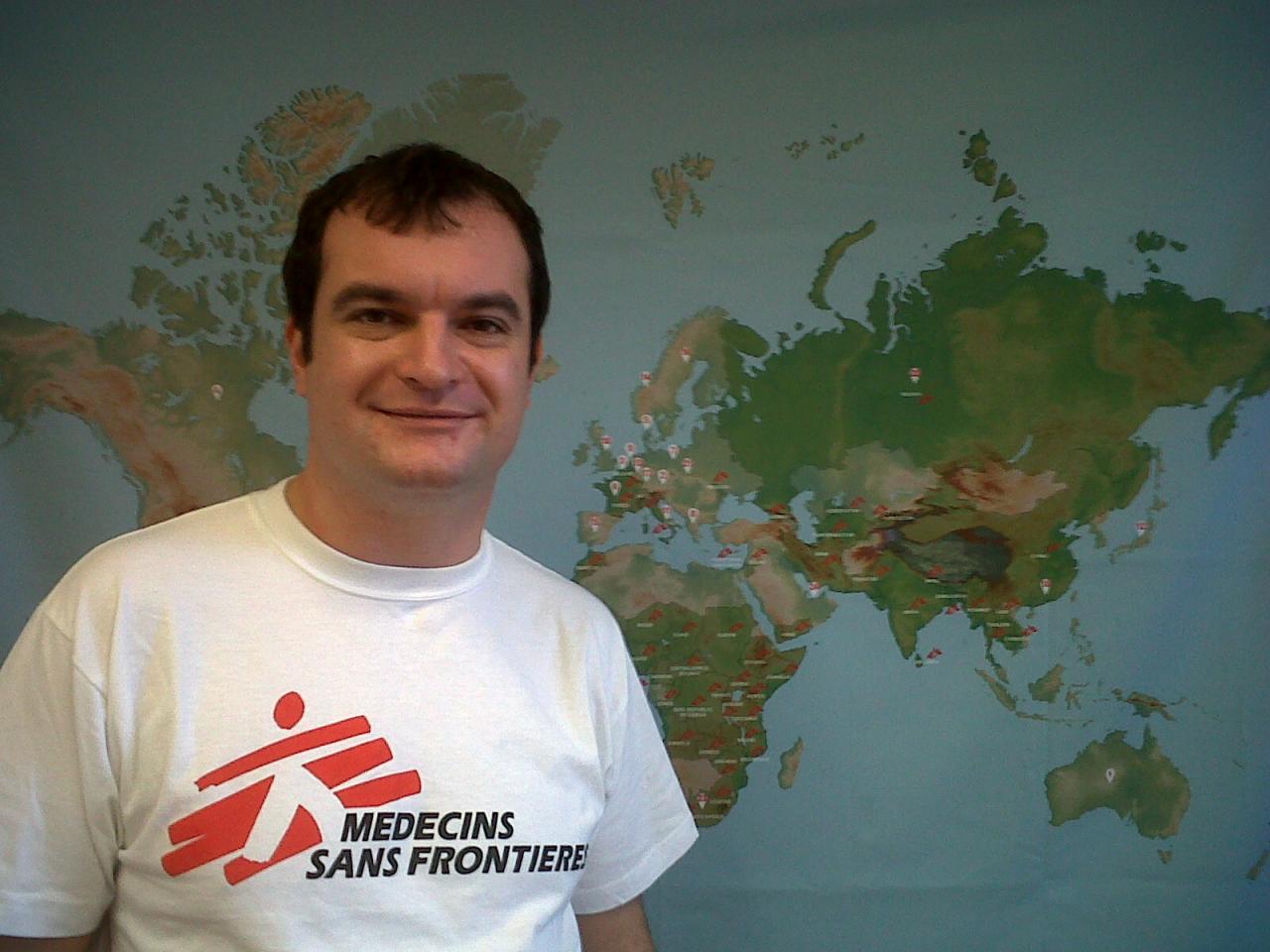 Nobody died today, and that in itself is a reward

Irish Times 22 March 2011 IN THE FIELD: The first in a series of dispatches from Chad where medical intervention is achieving some remarkable results, writes DR JOHN MORRS

I HAVE had many first days at work. I have moved from hospital to hospital and worked in many different areas of medicine as part of my training, but it’s been a long time since I felt so out of my depth and out of my comfort zone as I do today.

It’s 7am and it’s already 28 degrees outside. I’m sitting in the administration room of Am Timan district hospital in southeastern Chad, not far from the border with South Sudan and the Darfur region. I’m a long way from home and my regular job as a GP in Galway and what I will do at work today as a doctor will bear little resemblance to my day job at home.

I have taken a break from life in the west of Ireland and will spend the next nine months working with MSF (Médecins Sans Frontières/Doctors Without Borders). MSF is a dedicated medical aid agency that provides emergency medical aid where there is a medical need.

We have been supporting the paediatric and maternity wards of the hospital here in Am Timan since February last, establishing a dedicated feeding programme for malnutrition and trying to reduce the numbers of children dying from starvation and treatable diseases such as malaria, meningitis and pneumonia. We are also trying to reduce the numbers of mothers dying from complications of childbirth.

Our work here has already had an impact. In the past year, the number of children dying on the wards of the hospital has dropped from 13 in every 100 admissions to four, despite a doubling in the number of admissions.

In our feeding centre for malnourished children we have had remarkable success, with only 1.5 per cent of the children admitted dying compared with 23 per cent a year ago. Again, this is despite a huge increase in patients from 399 to 1,489.

Now we are looking to improve these figures still further and develop new programme components to deal with HIV and tuberculosis (TB) also.

But first the morning meeting. In the middle of the reports from all the areas of the hospital I have the sole job of introducing myself, in French, and not forgetting to omit the most important information – my marital status and number of children. It’s very high on the personal information hierarchy here. Once done, I sit again and pretend to understand everything that is being discussed as I let the butterflies in my stomach settle.

It is only a brief respite as the prospect of doing rounds looms and while I have read as much as I can about malaria and malnutrition, the truth is I have never seen it in front of me.

I have the support of my colleagues, but only for the first few days as I will then be left to run things while we wait for more medical staff to arrive. It will have to be a fast education.

After six hours touring cramped wards and overflow tents, I’m dehydrated and exhausted, emotionally and physically. I have seen pictures of starving small kids, not much more than skin and bone, flies buzzing around them and the kids not having enough strength to beat them away. Seeing it in reality is tough, very tough.

The temperature has risen to a pretty uncomfortable 38 degrees and is still climbing. This is the cold season. Within a couple of months, I’ve been warned to expect highs of 50 degrees and not much cooler at night. I’m starting to question my sanity.

It has been a long road to get here. It is something I aspired to even before medical school and after I submitted my application last February I have been through a comprehensive recruitment process in Dublin followed by a complex matching process through London, Amsterdam and Berlin and finally a training programme in Bonn before getting offered my project here in Chad.

MSF make no bones about what you are facing in the field. As people in Ireland will know, the security situation required that Irish troops were stationed in this region until recently as part of a UN peacekeeping force patrolling the Sudan-Chad border.

Although the situation has calmed, I have already had four different security briefings at different stages and we live under very strict security protocols.

The job here is one of the biggest challenges I have ever faced, both professionally and personally. Besides my primary goal to save the lives and relieve the suffering of our patients, this work also provides huge opportunities for learning and will test the limits of my abilities in ways I cannot yet anticipate. I am surrounded by a group of dedicated professional expats and an eager and friendly national staff. I’ve certainly never had a first day like this. But nobody died toay, and that in itself is a reward. Not every day will be as good as this.

Dr John Morris is a GP from Galway, and was president of the Irish Medical Organisation from 2009-2010. See msf.ie