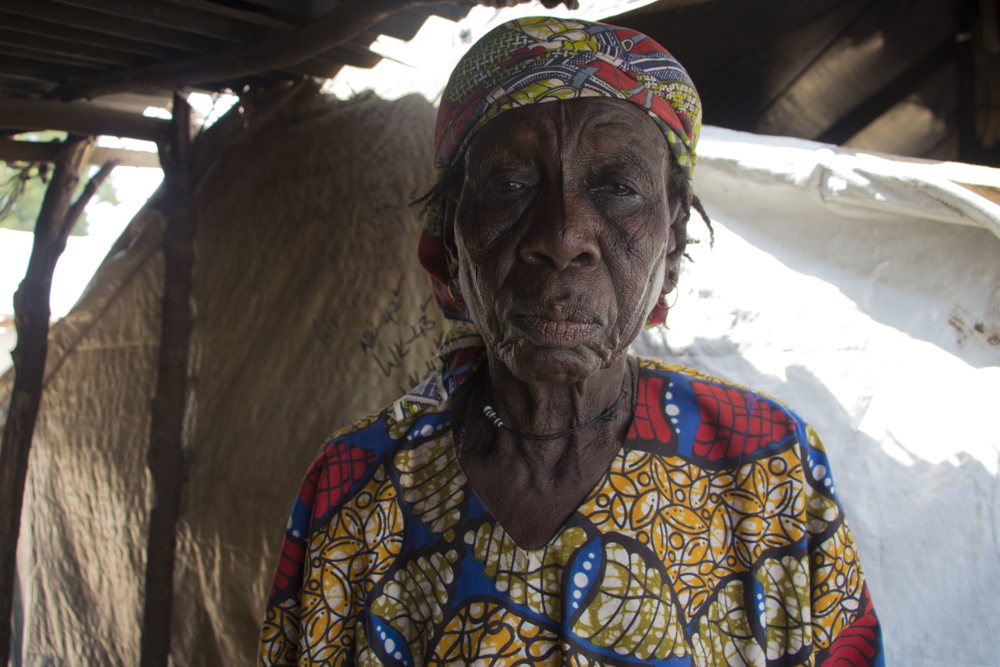 Northeastern Nigeria: “All I have in this world are the clothes on my back”

For the almost two million people forced to leave their homes in northeastern Nigeria over the past nine years, the emergency in the region is far from over, and people continue to be displaced by the violence on a daily basis. Caught up in a long-running conflict, many people in Borno and Yobe states struggle to find food, water or shelter and are reliant on humanitarian assistance for survival.

Maryam Sofo is a widow of 80, now living in a camp for displaced people in Bama. Two years ago, her family left their hometown of Banki, near the border with Cameroon, after frequent attacks made daily life extremely difficult. Maryam was too sick to move, so her family was forced to take the difficult decision to leave her behind. After they left, she lived alone, surviving on food distributed by aid organisations, but too weak to collect firewood or cook for herself. In November 2018, she felt strong enough to join her son and his family in Bama, 60 km to the northwest. But arriving in Bama, she found that life in the camp was anything but easy.

“Life here is worrying,” says Maryam. “I arrived 20 days ago, soon after the monthly distribution of food and relief items had taken place in the camp. I haven’t received anything since I arrived here. I have no food, no blanket, no jerrycan to collect water, no mat on which to sleep. All I have in this world are the clothes on my back.”

For Maryam, like the almost two million others forced to leave their homes in the region, the only significant change with the advent of the dry season is an increase in violence and insecurity, making them even more vulnerable. As well as losing their homes, many have lost family members and survived violent attacks. Confined to camps, their prospects are extremely limited and they are dependent on aid to survive.

“People have been stranded in camps for years,” says Luis Eguiluz, MSF’s head of mission in Nigeria. “They have limited freedom of movement outside the camps, which prevents them providing for themselves, and they have little prospect of returning home because of the continuing conflict.” 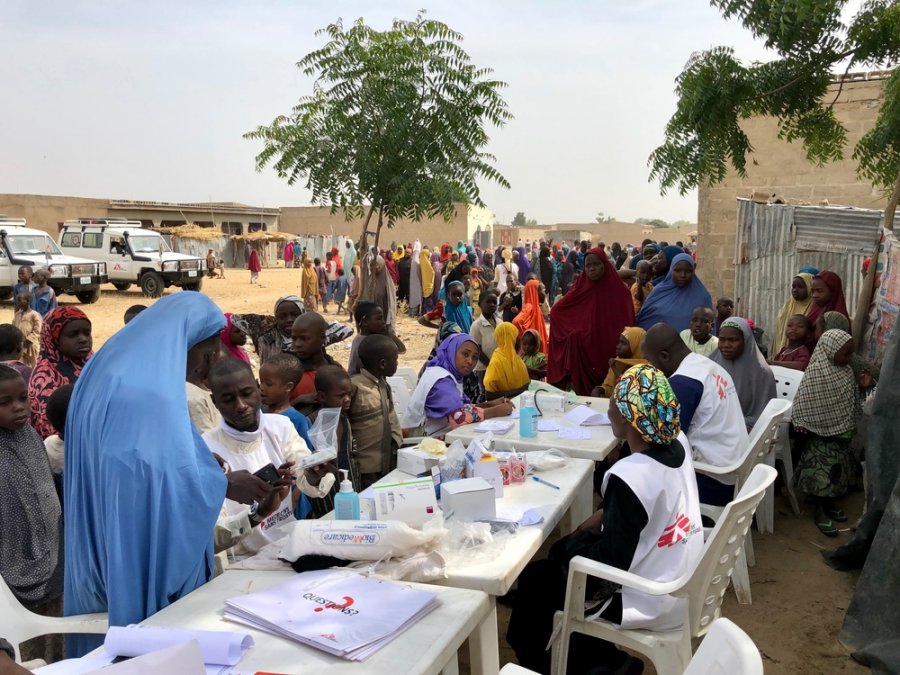 Despite people’s dependence on aid in the camps, there is often not enough to go around. “Humanitarian assistance is insufficient and does not cover all of their needs in terms of health, water, shelter and protection,” says Eguiluz. “In Gwoza, we have seen food distributions being reduced; in Pulka, the water supply is inadequate and 4,000 people are in a transit camp waiting to be allotted shelters. It’s the same in Bama, where newly arrived people have at times been sleeping under trees or sharing communal shelters with 70 other people for months on end.”

Delivering aid in northeastern Nigeria is challenging because of the very volatile security situation and the fact that many areas are inaccessible by aid agencies. Military operations are ongoing in many parts of Borno state, and attacks occur regularly on roads connecting towns, as well as in town centres. As a result, aid agencies are often forced to depend on airplanes to transport staff and or supplies to areas outside the state capital, Maiduguri. But even in places with fewer security constraints, there is often not enough aid to go around.

Poor living conditions in the camps and a lack of aid have prompted a number of health emergencies, including a recent outbreak of cholera. “MSF had to scale up its activities in Maiduguri and in several other towns in Borno and Yobe states in response to a cholera outbreak that was declared by the Ministry of Health in September 2018,” says Dr Louis Vala, MSF’s medical coordinator in Nigeria. “MSF treated more than 8,000 cholera patients and vaccinated 332,700 people against the disease in 2018 alone.”

Early January 2019, MSF also intervened in Maiduguri to support newly displaced people, providing them with medical support, distributing blankets and soap, and building latrines. Indeed, more than 8,000 people arrived in Maiduguri over a couple of weeks, after fleeing increasing conflict in the north of Borno State.

“The intensity of the crisis and its humanitarian consequences have not diminished,” says Eguiluz, “while many people who are in need of assistance are not receiving it.”

At the same time, OCHA estimates that 800,000 people are living in areas out of reach of aid organisations. While few hard facts are known about their living conditions and needs, the condition of people arriving from those areas is, in some places, extremely worrying. An epidemiological study carried out by MSF in September 2018 showed that 8.2 percent of children arriving in Bama since May 2018 suffered from severe acute malnutrition and 20.4 percent had global acute malnutrition – both far above the emergency threshold. These alarming rates most probably reflect the desperate living conditions and acute needs of people living in insecure areas that aid organisations cannot reach.

“The emergency in northern Nigeria is far from over. The nutritional figures we found in Bama in September 2018 are not very different, if not worse, than when the critical nutritional status of the Borno population became public knowledge a couple of years ago, ” says Eguiluz. “Now is not the time to reduce emergency humanitarian assistance in Borno. People are heavily dependent on external help for survival and currently these basic needs remain unmet. The population suffers daily from the consequences of the ongoing conflict and it is vital to ensure that they have at least basic assistance, especially in areas outside Maiduguri.”