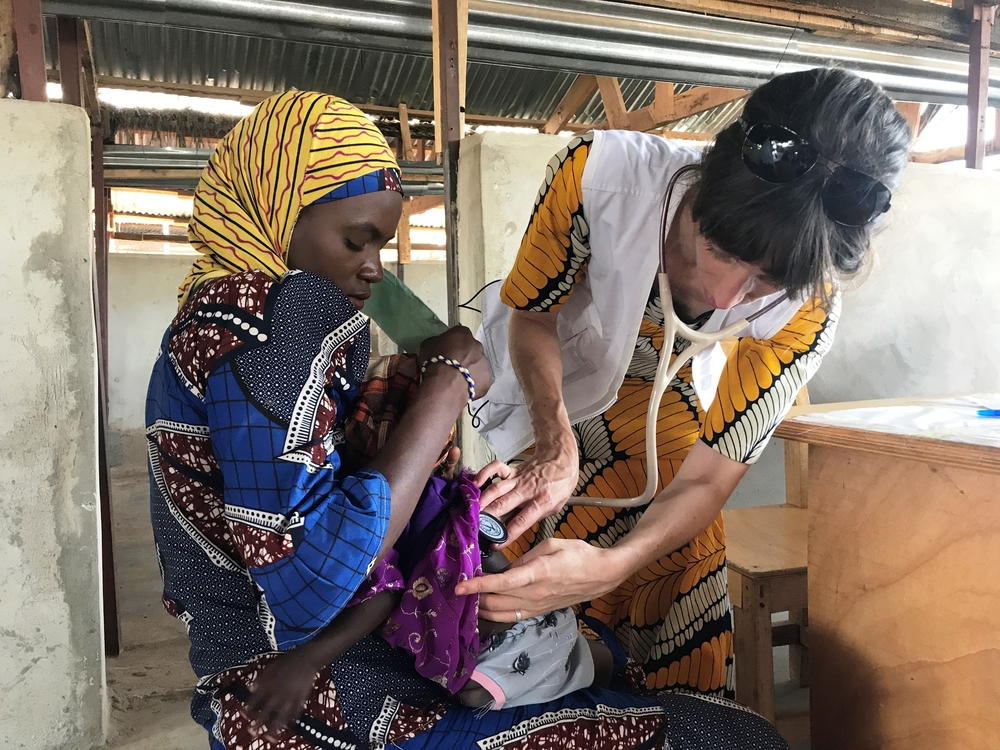 Nutritional crisis: MSF prepares for a major spike this year in southern Niger and north-western Nigeria

21 June 2021- Faced with an unusually high influx of malnourished children in the health structures supported by Médecins Sans Frontières (MSF) in Madarounfa in the Maradi region of Niger, the international humanitarian organisation is mobilising to expand its medico-nutritional activities there, as well as in the state of Katsina on the other side of the border in Nigeria, in order to cope with the period of food shortage and the seasonal peak in malaria, which are likely to be particularly devastating this year.

"A major nutritional and food crisis seems to be looming"

The number of severely malnourished children treated since the beginning of 2021 in Maradi by the Nigerien Ministry of Health and MSF teams in the health centres of Dan Issa, Madarounfa, Safo, Gabi and N'Yelwa has increased by 34% compared to the figures for the same period last year, while the number of those who had to be admitted in critical condition to Madarounfa hospital has jumped by 46%.

"This situation is more than worrying because we are only at the beginning of the months that are usually the most difficult for young children in the region. From July to October, food stocks run low while waiting for the next harvest and the rains foster a high transmission of malaria. A major nutritional and food crisis seems to be looming, so the priority now is to be as prepared as possible," says Issiaka Abdou, MSF's West Africa operations manager. 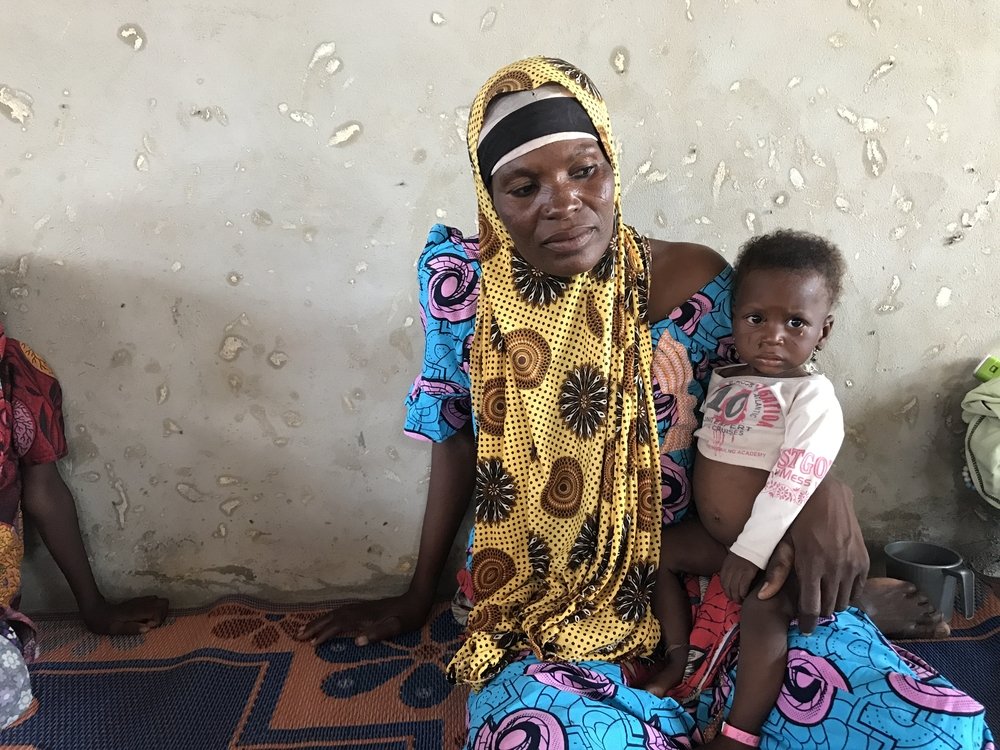 MSF/Ainhoa Larrea
At the health centre of Dan Issa, in the region of Maradi, newly arrived babies like this one undergo a series of medical checks to determine whether they are severely acutely malnourished or not, and what kind of treatment they should follow.

To this end, in partnership with the health authorities, MSF is preparing to start new paediatric and nutritional care activities in nine health centres in the districts of Guidam Roumdji and Aguié in the Maradi region.

In the Madarounfa district, where every year the joint efforts of MSF and the Nigerien Ministry of Health double the hospitalisation capacity for children and strengthen the prevention and management of childhood diseases during the seasonal peak of malnutrition and malaria, MSF teams will support five additional health centres.

"The number of malnourished children from Nigeria treated in MSF-supported health centres in Madarounfa has increased by around 90% this year, reflecting the extremely worrying situation in northwest Nigeria" 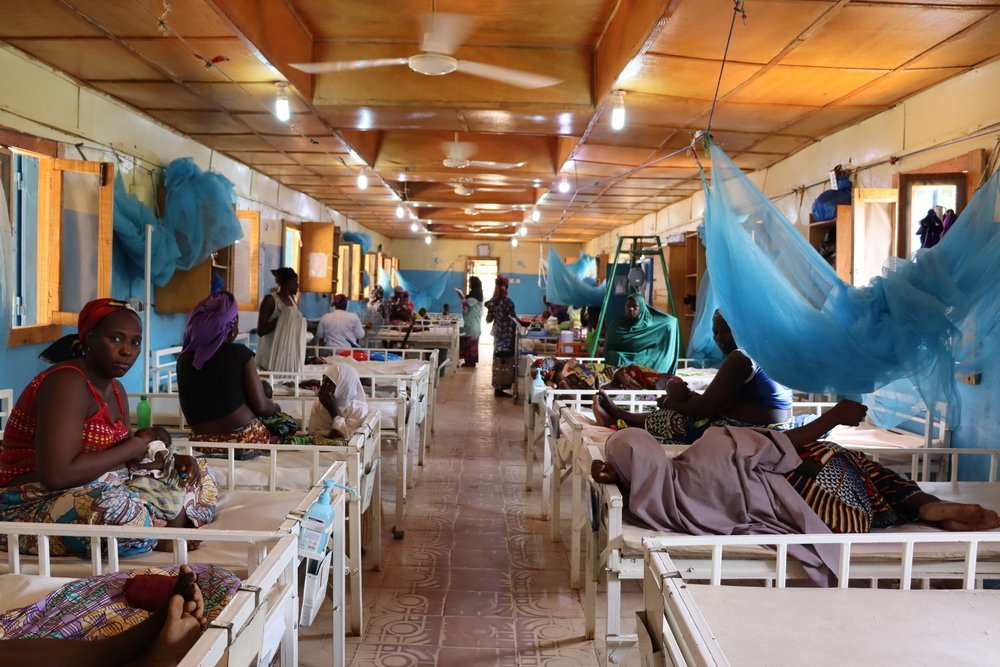 "In Madarounfa, we see more and more families living in neighbouring Nigerian towns who are turning to the Nigerien health system to save their children from acute malnutrition and related complications, due to the lack of effective, free and available medical and nutritional care closer to home," explains Issiaka Abdou.

With an often long and chaotic course of treatment, these young Nigerian patients are generally extremely weakened once they arrive in Niger: they now represent more than half the admissions to the nutritional department of the MSF-supported hospital in Madarounfa.

The number of malnourished children from Nigeria treated in MSF-supported health centres in Madarounfa has increased by around 90% this year, reflecting the extremely worrying situation in northwest Nigeria.

MSF is therefore also working with the authorities in the neighbouring state of Katsina in Nigeria to assess the most pressing needs and to prepare and rapidly implement an emergency medico-nutritional response for the populations most threatened by the crisis.

Among other factors, the collateral effects of the Covid-19 pandemic have exacerbated the structural causes of recurring food insecurity and nutritional crises in the region.

Food prices are soaring, with millet and other cereals increasing by more than 25%, already at or above the levels usually reached in the heart of the food gap, while funds allocated to nutrition and paediatric activities are plummeting.

For example, the budget allocated by ECHO, the European Commission's humanitarian aid agency, to address malnutrition in Niger has fallen from over €24 million in 2015 to approximately €6 million in 2021.

Exceptional flooding last year also contributed to very high levels of malaria transmission, and Nigerien health authorities are reporting 35% more cases of malaria in the country than in previous years, maintaining the vicious circle between childhood illness and malnutrition.

Children with malaria are more likely to become severely malnourished, and conversely, the weakened immune system of malnourished children makes them particularly vulnerable to malaria and other diseases.

In Nigeria, increasing insecurity, particularly from criminal groups, has contributed to the deterioration of living conditions for the people living in Katsina State, reducing their access to agricultural activities and basic services and forcing many to flee their homes.

"According to a recent assessment by the World Food Programme (WFP) and the authorities, Katsina State has the largest number of food insecure people, one million, in northwest Nigeria"

More than 120,000 people are currently internally displaced in Katsina State, while the Maradi region of Niger is home to 77,000 refugees who have fled the ongoing violence in Katsina, Sokoto and Zamfara states in northwest Nigeria.

According to a recent assessment by the World Food Programme (WFP) and the authorities, Katsina State has the largest number of food insecure people, one million, in northwest Nigeria. 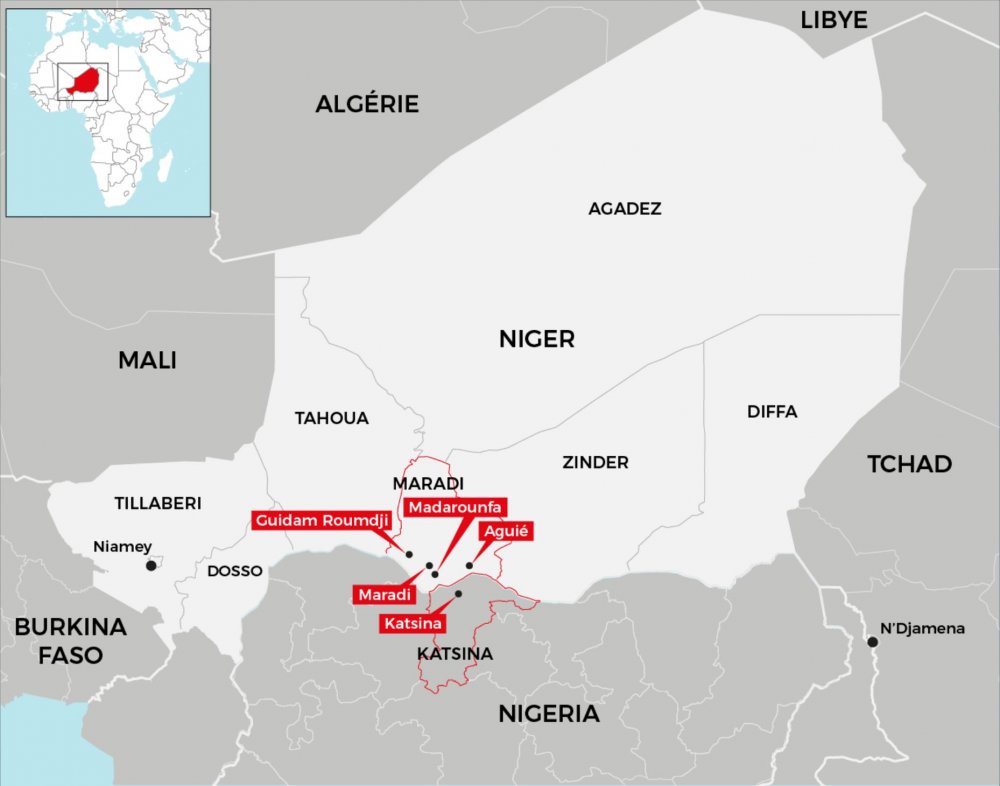 “Significant progress has been made in Niger in the fight against malnutrition and child mortality," said Issiaka Abdou, "and it is essential that the State and its technical and financial partners ensure that the health system has the means to cope with the scale of the seasonal peak which is expected to be particularly high this year."

"In the northern areas of Nigeria, in Katsina, the prevention and management of malnutrition remains largely insufficient and more humanitarian actors are needed to deploy emergency medical-nutritional services in support of the health authorities in areas where medical staff can still work”.