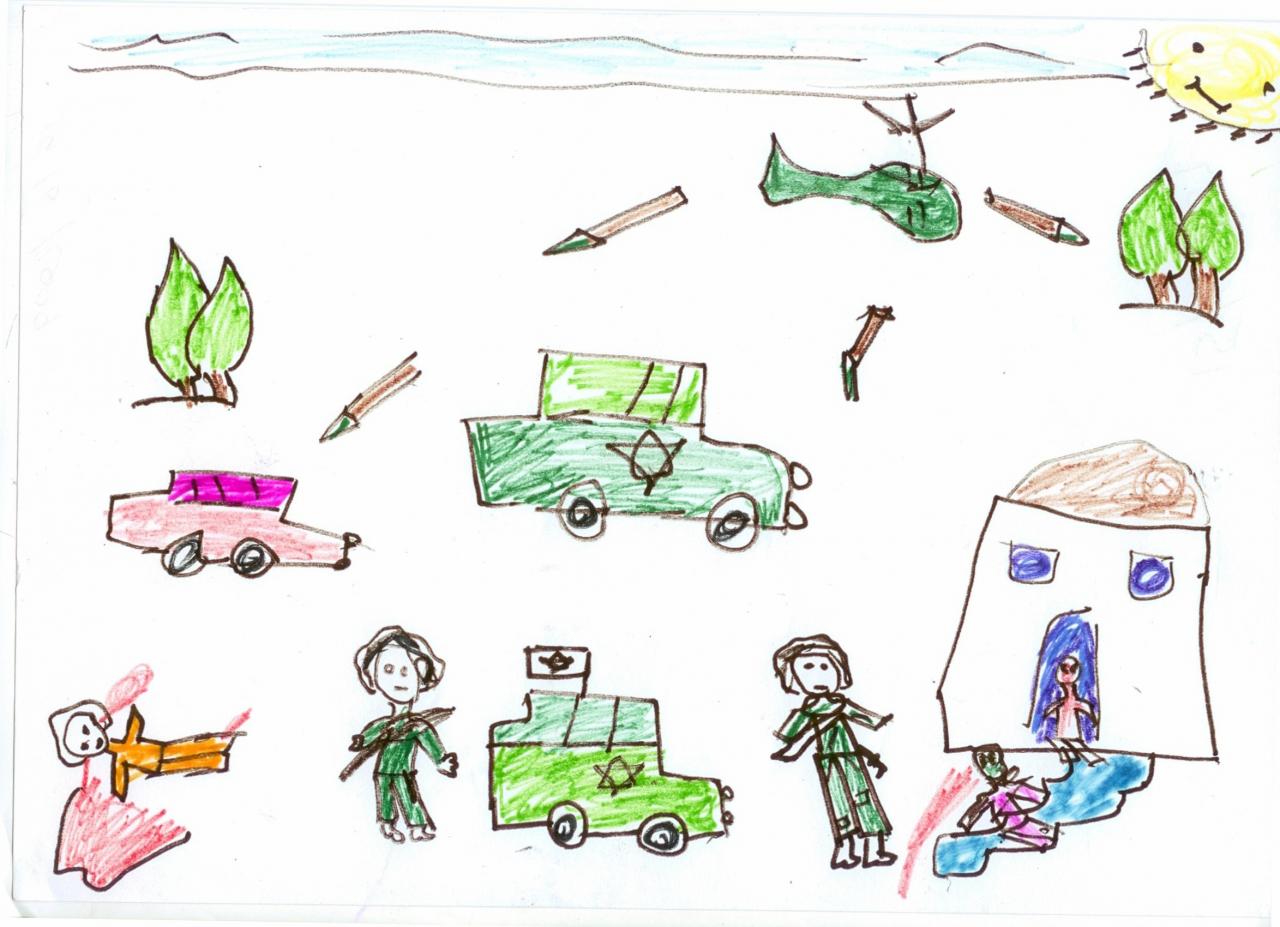 Maria Cristobal, mental health coordinator for Médecins Sans Frontières/Doctors Without Borders (MSF) describes the challenges of providing psychosocial support to children who have grown up under Israeli occupation.

"Since the Israeli army first occupied the West Bank in 1967, there has been a massive military presence in the area. A complex system has been developed to keep the local population under control, which extends far beyond the wall separating the West Bank from neighbouring Israel. On a daily basis, Palestinians have to negotiate a series of checkpoints, spot checks and road blocks, all under the watchful eye of the army’s surveillance towers.

Meanwhile, Israeli settlements – illegal under international humanitarian law – have mushroomed through the area. Hebron, the most populated town in the West Bank, has several settlements, one of which is in the historical centre of the city, its 800 residents closely guarded by the Israeli army.

For Palestinian civilians, harassment by Israeli soldiers and settlers, restrictions on their movements, and violence amongst Palestinian factions are a constant fact of life, which leave many struggling with feelings of fear, hopelessness and frustration. These can have a severe impact on their mental health and for many, especially children, the consequences can be severe."

"More than half our patients are children"

During an incursion, soldiers cordon off a street during the night and force their way into people’s homes, searching for  activists. Usually the incursions are aggressive and violent, involving armed soldiers, tear gas, dogs and broken furniture. Often they end up with family members being taken away into detention. The humiliation and helplessness experienced by the families in these situations is often overwhelming.

In our programme we work with many children who have experienced incursions on their homes and are suffering severe consequences, including feelings of isolation, night terrors, being constantly on alert and behaving aggressively. They may wet their beds or their language or behaviour may change."

"The constant tension can also cause physical problems like fatigue, aches and pains, sleeping difficulties and loss of appetite. These natural reactions may feel overwhelming to the children and their families and, if not treated in time, may have an irreversible impact on the child’s development.

Children not only witness events like the Israeli army’s incursions on a daily basis, but they are also the direct victims of abuse. According to the military laws imposed by Israel in the Occupied Palestinian Territories, children over the age of 12 can go to prison, while those of 16 years and over are treated as adults. There is published evidence, by organizations like Unicef, of severe abuses carried out by the Israel army on minors during detention, interrogation and imprisonment."