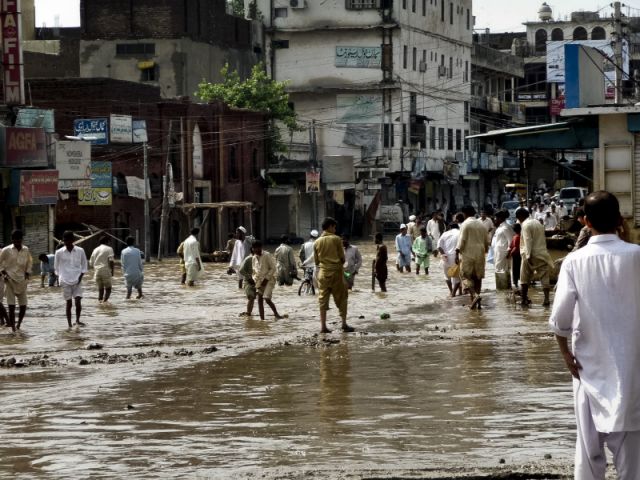 The work being done by MSF teams in Pakistan has increased considerably over the last 48 hours. Mobile health clinics are providing primary care  for an isolated community of 1,400 people with plans to extend services to new areas as soon as possible. Medical teams are supporting various health centres and two hospitals in affected areas, with more than 275 consultations being done every day, mainly for skin diseases and acute diarrhoea. Three ambulances have also been provided. In one hospital, logistical teams are working to provide stable sources of electricity and clean water so we can hand work over to local health authorities.

The provision of water is a major priority and clean water points have been set up in many locations, serving over 100,000 people. In flooded areas, wells and water systems are broken or contaminated, and thousands of people have no means to boil water.

In addition to water provision, we are providing shelter and kitchen kits as well as hygiene kits to try and prevent outbreaks of disease such as cholera, as well as respiratory infections and skin diseases. Cholera treatment centres are ready to receive patients should an outbreak occur, but the situation is currently under control.

We suspect that there are still isolated communities that have not yet been reached and helicopter assessments are taking place over the next few days. Communities in need of assistance have already been identified and our teams are expanding their work to provide kits to a further 20,000 families and increase distribution of water in the coming hours and days.

Official estimates say that 3 million people have now been directly affected by the floods, with more than 1,500 confirmed deaths. More rains are expected in the coming days and could cause renewed flooding and create problems in previously unaffected areas. Some areas initially affected are becoming more accessible thanks to the water receding.