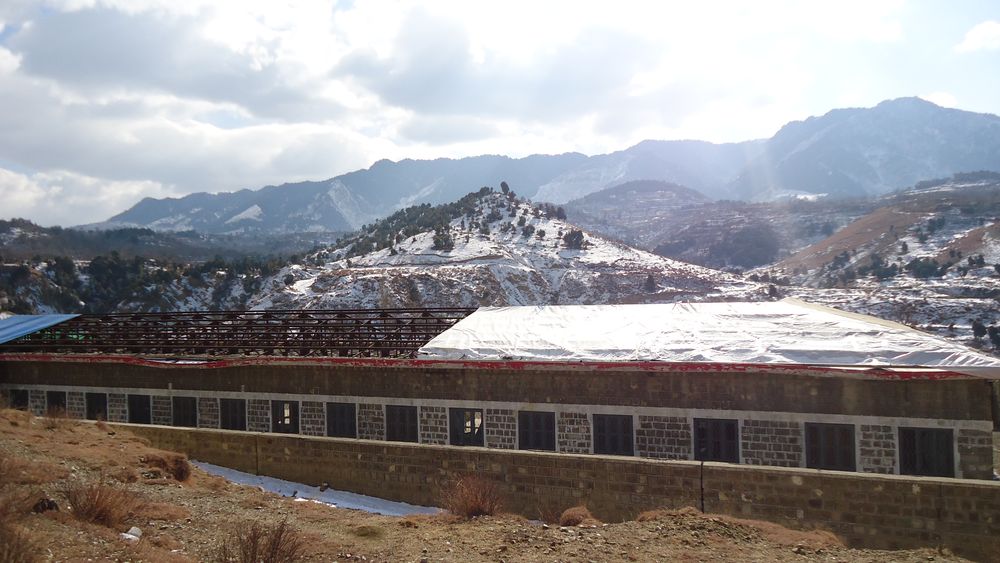 While the world’s media focuses on stories of violence and drone attacks in north-west Pakistan, local families struggle through another bitter winter in the mountains, with little or no access to healthcare.

There was the baby who was so cold, his lower body was turning blue. To reach the local hospital, his family had carried him through the mountains to the nearest road, to wait for a passing car. When he finally arrived, he was treated for hypothermia and severe dehydration.

Or the two-month-old with difficulty breathing because of severe pneumonia. His family had walked for 45 minutes to find someone with a car, and then the driver demanded 3000 rupees just to take them to the hospital.

For staff working for Médecins Sans Frontières (MSF) in Kurram Agency, in mountainous north-west Pakistan, these are not isolated cases. Kurram is in the Federally Administered Tribal Areas (FATA) – already one of the most remote regions in Pakistan.

Years of conflict have led to extensive population displacement and the near-collapse of the local healthcare system. Each winter, the freezing temperatures, snowfall and landslides can make access to healthcare even more difficult.

Dr Aziz ur-Rehman works for MSF in Kurram and says many of the vulnerable communities live in the mountains, far from any hospital. “Transport is often not available, so they have to walk in the snow to seek medical treatment,” he says. “Even if transport is available, these people often can’t afford it.”

His colleague Dr Rahman Sakhi, who also works for MSF in Kurram, recalls another baby admitted with hypothermia from the Tyrah Valley. “The mother was crying - she told me that she went to the bathroom when she felt labour pains, and her baby was delivered there, with no-one to help her,” he said. “She had to wait for a taxi because they’re not easy to find in Tyrah and it took almost six hours to arrive at the hospital. By then, the baby was in a very bad condition with hypothermia and sadly it didn’t survive.”

Providing care where there is none

“Once in Hangu, we received 16 patients from one family with acute carbon monoxide poisoning,” he recalls. “They had gathered for a meal in one room with an indoor fire, there was an accumulation of gas and they all passed out. Two of them died.

“We also see more burns cases, because people use home-made stoves, or firewood, or simple gas heaters and sometimes there’s an explosion or they simply get too close to the fire.”

Often the challenge of reaching a hospital is so great, particularly in the harsh Pakistani winter, that people will delay seeking medical treatment.

According to Dr Rahman, this means that patients arrive at the hospitals with more serious medical complications.

“For example, if someone has a simple upper respiratory tract infection, they will often try home remedies first,” he explains.

If these basic infections are not treated properly, they can deteriorate into more serious conditions such as pneumonia, which is still the major killer of children under five years in Pakistan.

Winter is not the only factor impeding access to healthcare in these provinces of Pakistan. For example, a continuous military offensive has been underway in the Tyrah Valley since 2011.

But the snow and ice is an added obstacle, highlighting the reality that many vulnerable populations remain virtually cut off from medical treatment.

MSF project coordinator Nicolas Palarus explained: “We hear about drone attacks in the region, the violence and conflict, but we don’t hear about the daily lives of vulnerable communities living in this area.

“Having said that, unfortunately insecurity is still a major concern in this part of Pakistan.

“Last year alone, there were 23 security incidents such as bomb blasts and suicide attacks, which killed 135 people and wounded 283. We’re lucky to have skilled and motivated staff providing medical care to these communities. These people have few—if any—other options.”

Since 1986, MSF has been working in Pakistan with Pakistani communities and Afghan refugees who are victims of armed conflict and natural disasters, or who lack access to medical care. MSF teams are currently providing free emergency medical care in Kurram and Bajaur Agency (FATA), Khyber Pakhtunkwa, Sindh and Balochistan provinces. MSF relies solely on private financial contributions from individuals around the world and does not accept funding from any government, donor agency or military or politically-affiliated group for its activities in Pakistan.