Panama: “The Darien Gap is as dangerous as ever"

May 4th, 2022- Helmer Charris has worked for Médecins Sans Frontières/Doctors Without Borders (MSF) for 11 years in various roles, including as a doctor, deputy project coordinator and medical advisor, and has been involved in many emergency responses in countries including Sierra Leone, Ethiopia (the conflict in Tigray), Mexico, Yemen, South Sudan and, most recently, Panama. 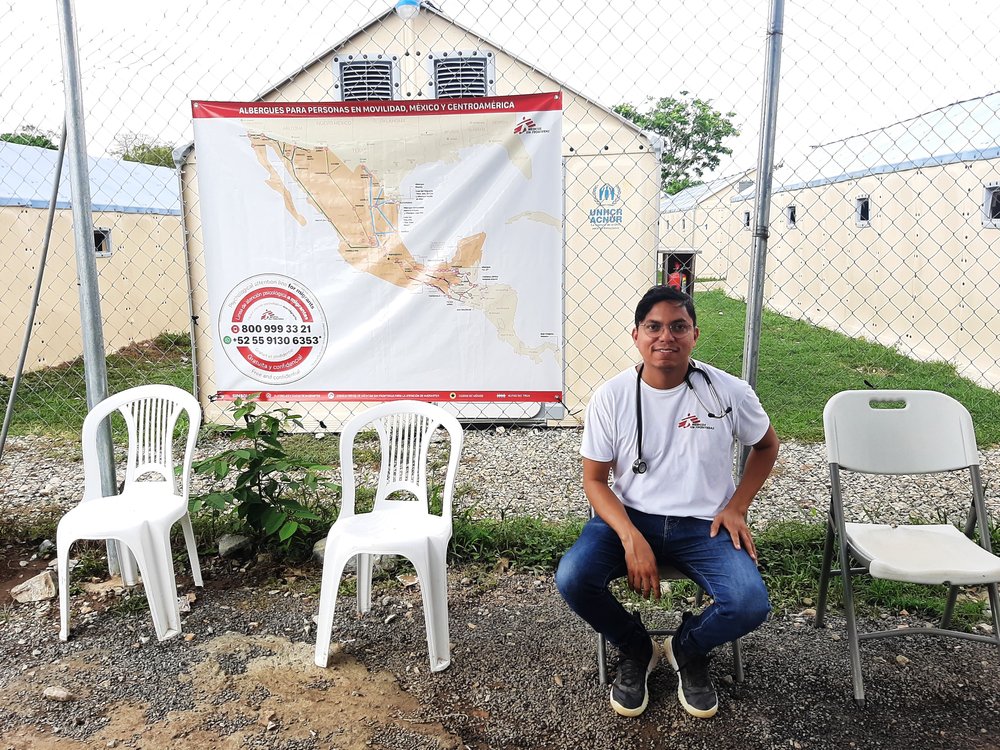 Helmer worked in Panama from December 2021 to late March 2022. During this time, he observed changes in the flow of migrants crossing the Darién Gap, the jungle border that separates Panama from Colombia, a journey which is as dangerous as it has ever been.

The diffculties of travelling through a rainforest

Beyond the difficulties of travelling through a tropical rainforest, migrants are frequently waylaid by violent criminal gangs, who rob and assault them. Often the gangs target their violence at women, who they terrorise and rape. Helmer takes up the story. 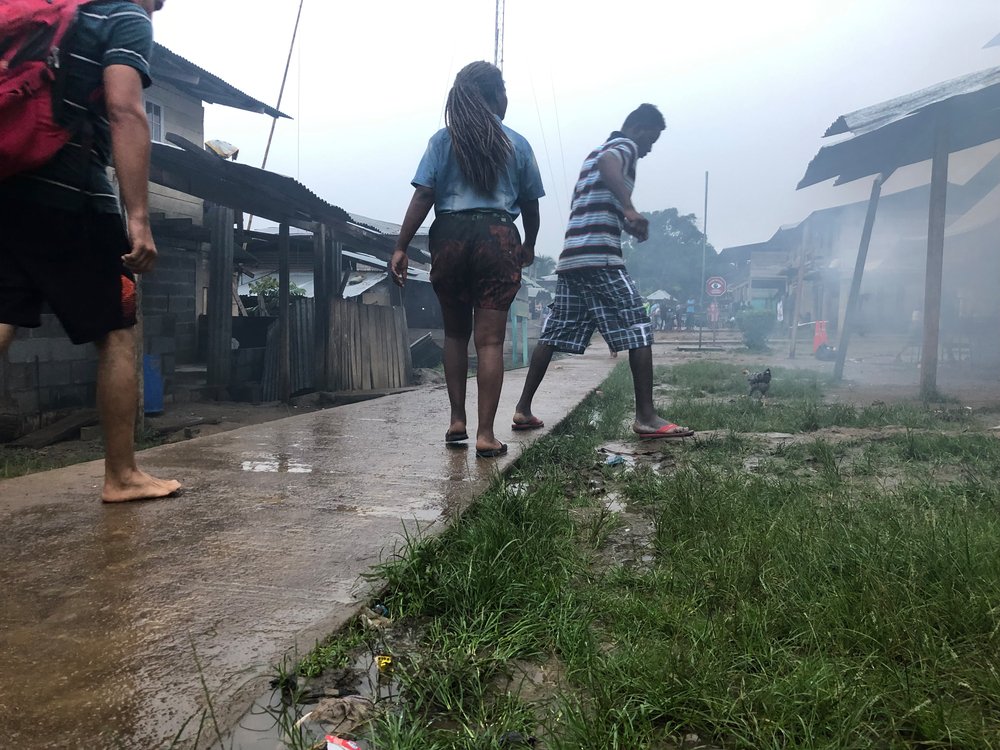 MSF/Sara de la Rubia
Crossing the Darién Gap can take four to 10 days or longer through a dense and muddy jungle with mountains. (June, 2021).

“In December, when I arrived in Panama, it was a different situation: after a record year, the number of people crossing the Darien Gap had dropped significantly. At Bajo Chiquito health centre, we no longer had any patients. As the numbers had been gradually declining since November, we decided to reduce the MSF team there.

This new route seemed to be safer

At the same time, the migratory route was changing and now, instead of arriving at the town of Bajo Chiquito, it reached further north, to Canán Membrillo. 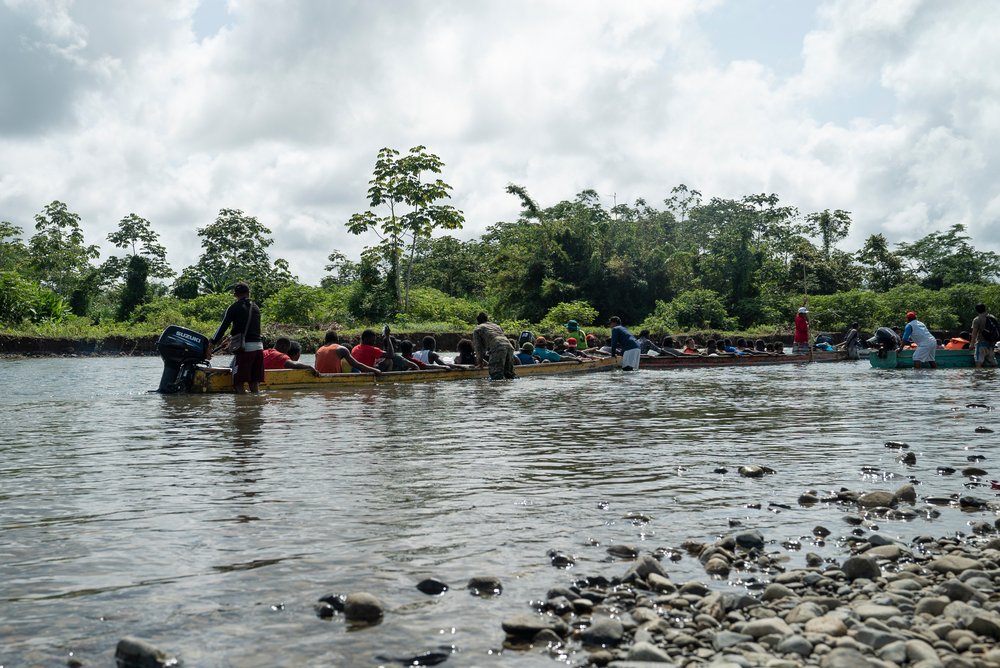 This new route seemed to be safer; there were no reports of violent incidents and, being shorter by three days, it was also less tough compared to the previous route, which was really dangerous and involved negotiating mountains, precipices, cliffs and rivers that were prone to sudden floods. These dangers had obvious consequences on the physical state of the migrants and on their medical needs, which were now much reduced. 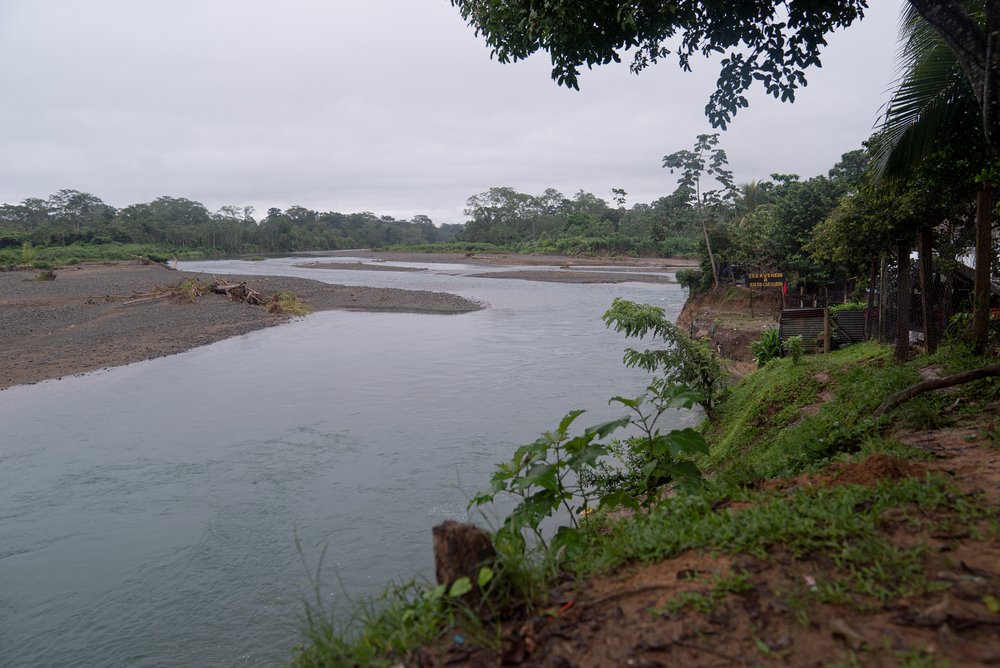 MSF/Sara de la Rubia
The Turquesa River flows through the village of Bajo Chiquito, in the Emberá-Wounaan comarca, or indigenous region, of Panama. (June, 2021).

But that started to change again in February. We had focused our efforts on the migratory reception stations, Lajas Blancas and San Vicente – mainly San Vicente, since Lajas Blancas was closed for renovations. Migrants gather there once they've made it through the jungle and spend a couple of days there before continuing north towards Costa Rica.

In the jungle for a long time 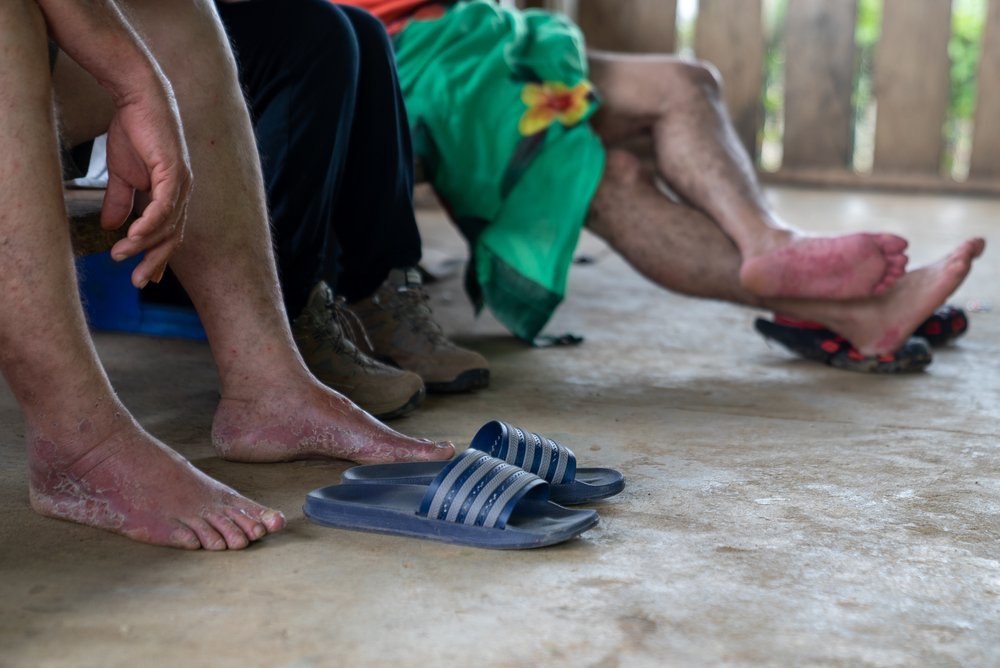 MSF/Sara de la Rubia
One of the most common conditions presented by migrants arriving at Bajo Chiquito, the first town after crossing the Darién, is damage to their feet after days walking in a tropical rainforest. (June, 2021).

One problem we had to deal with was that the assaulted women took a long time to reach San Vicente from Canán Membrillo, so we could no longer provide them with the prophylaxis needed after a rape to prevent infections and unwanted pregnancies, as it has to be given within 72 hours of the assault. 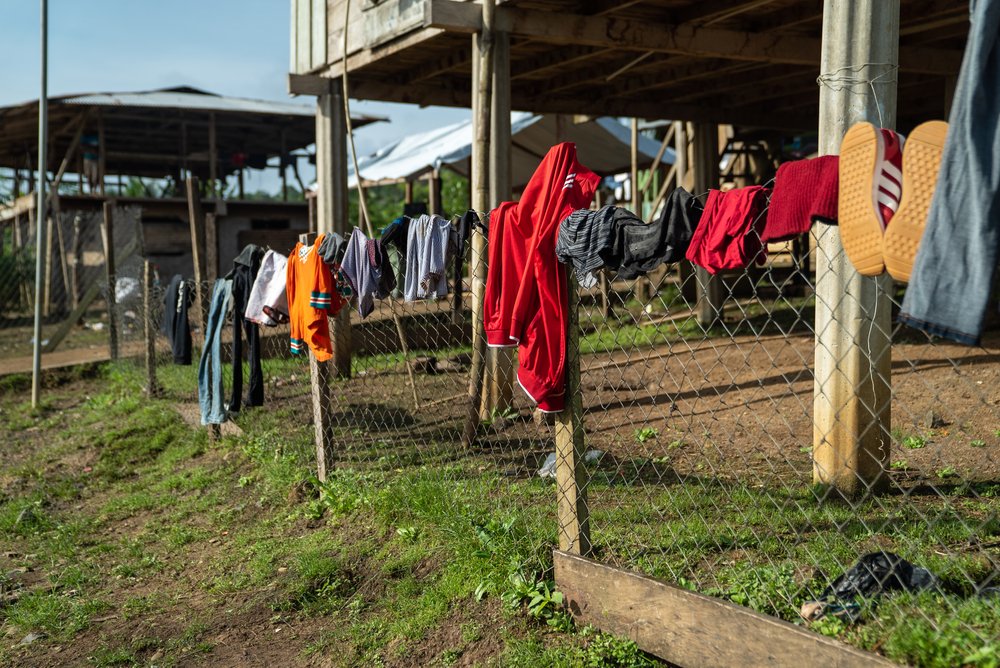 MSF/Sara de la Rubia
Migrants use water from the river to wash their clothes, which they hang to dry wherever they can. (June, 2021).

The nationality of the migrants has also changed compared to 2021. Before, Haitians made up the largest group, but now more than half are Venezuelans. Many of them had previously settled in Colombia or Peru and had been planning to make the journey north for some time. There were a lot of families and that continues to be the case, although to a lesser extent. And we still have families from Africa: from Cameroon, Congo and Senegal.

Since February, there have been several spikes of violence, including sexual violence. It might be too early to determine a pattern, but there has been a recurrence of migrants arriving who say they have been robbed, and of women – generally African or Haitian women – who say they have been raped, and of more women – generally Venezuelans – who say they've been subjected to massively brutal mistreatment, inflicted with the intention to humiliate, almost like seeking revenge. This obviously affects their physical and mental health and causes significant mental suffering. 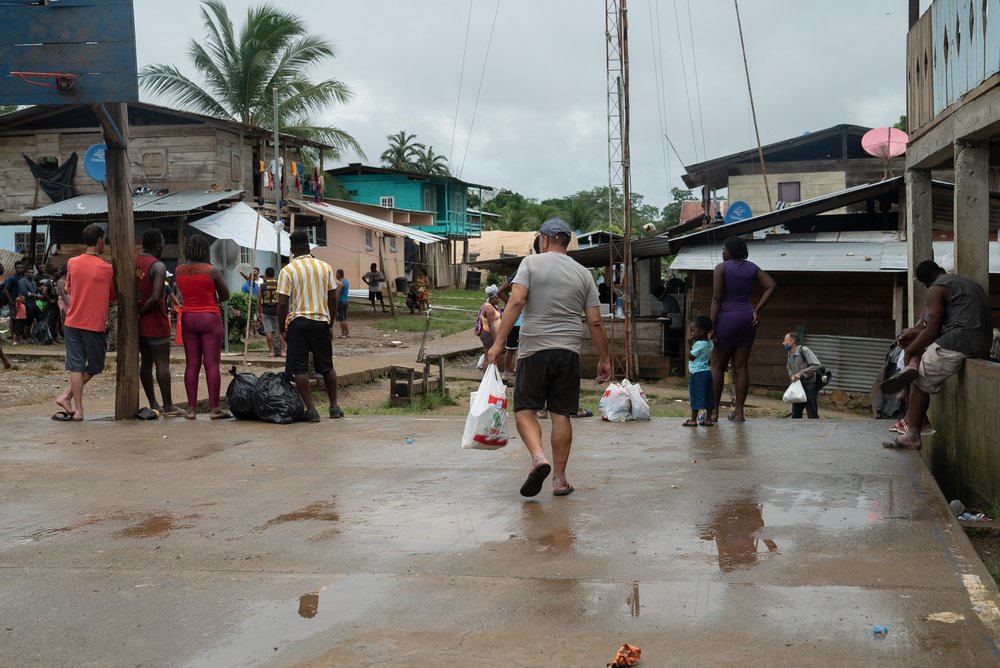 We plan to assess the situation in Canán Membrillo, but we haven't yet received authorisation from the Ministry of Health to work in that area. We're particularly concerned about the situation of women who've been sexually assaulted and who are unable to get the prophylaxis and medical and psychological treatment they need quickly enough. In total, we treated 396 women for sexual violence from April 2021 to March 2022, which includes 68 so far this year. There is still a huge need for protection – the Darién Gap is as dangerous as ever.

Guides lead them in circles

What our patients tell us is that now, even though they go by the new Canán Membrillo route, the guides lead them in circles. Some have told us that they've been taken through the notorious Loma de la Muerte, which is famous for how hard the conditions are. They would have gone through it on the way to Bajo Chiquito, but they shouldn't if they're going to Canán. As the route is longer, the guides also charge more. The cost has gone up from US$300 per person to US$900 per person. 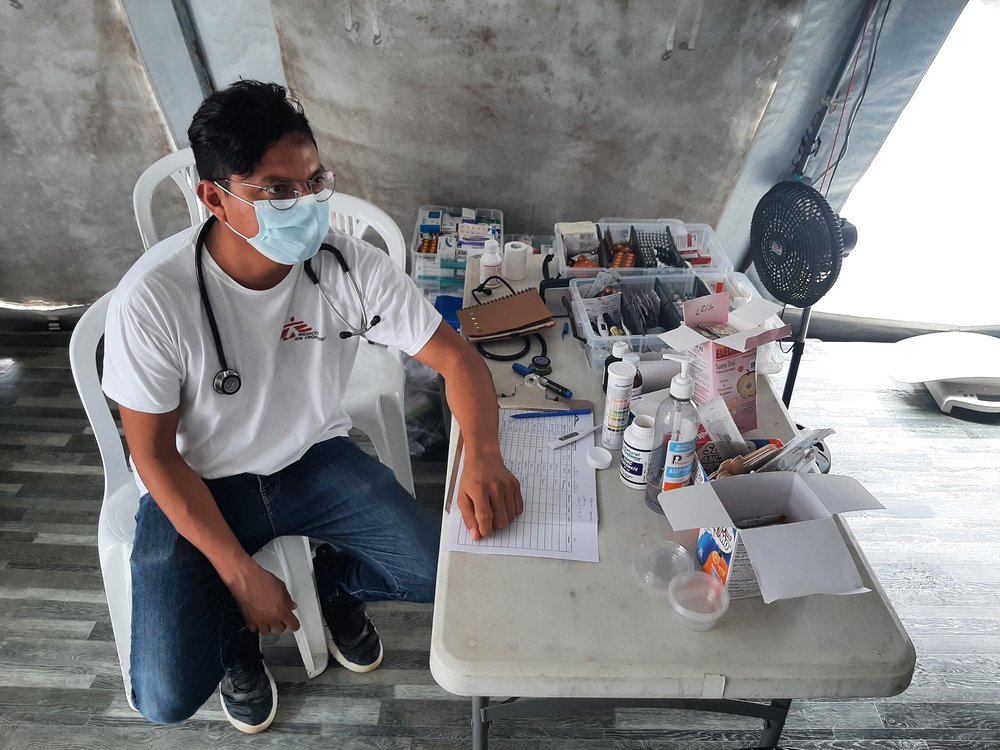 There hasn't been a huge change in the physical effects suffered by the migrants, but we've noticed an increase in the number of people who need our mental health services. Out of a monthly average of 1,500 medical consultations, 150 are for mental healthcare, mostly for patients who suffered violence on the road, more than half of whom have acute stress. Among these patients are those who have lost a family member on the road, due to an accident, dehydration or because they became separated on the route. We see at the migratory stations that the migrants already feel safer and better able to ask for a consultation than in Bajo Chiquito, where they still had the final stretch to go before they could start the next stage of their journeys. 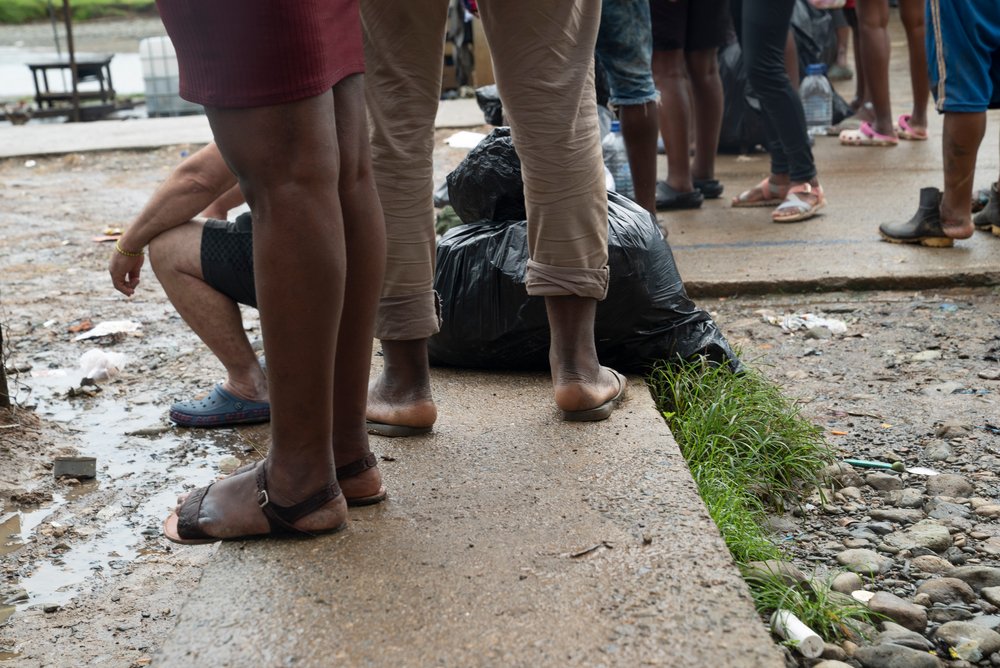 In addition to the brutality and sexual violence, it always has a big impact when you hear about the people killed on the road. I met a 17-year-old Angolan boy whose family are now scattered: some are already at the border with Costa Rica, his father is in Canán Membrillo, his younger brother drowned in a river, and one of his other two brothers died, either from dehydration or starvation, because everything they had with them had been stolen.

Stories like these really affect the teams emotionally. They also say a lot about how necessary we are, and specifically about the necessity of our pleas for these people to be protected and for the creation of safe routes, whether or not they pass through the Darién Gap.”