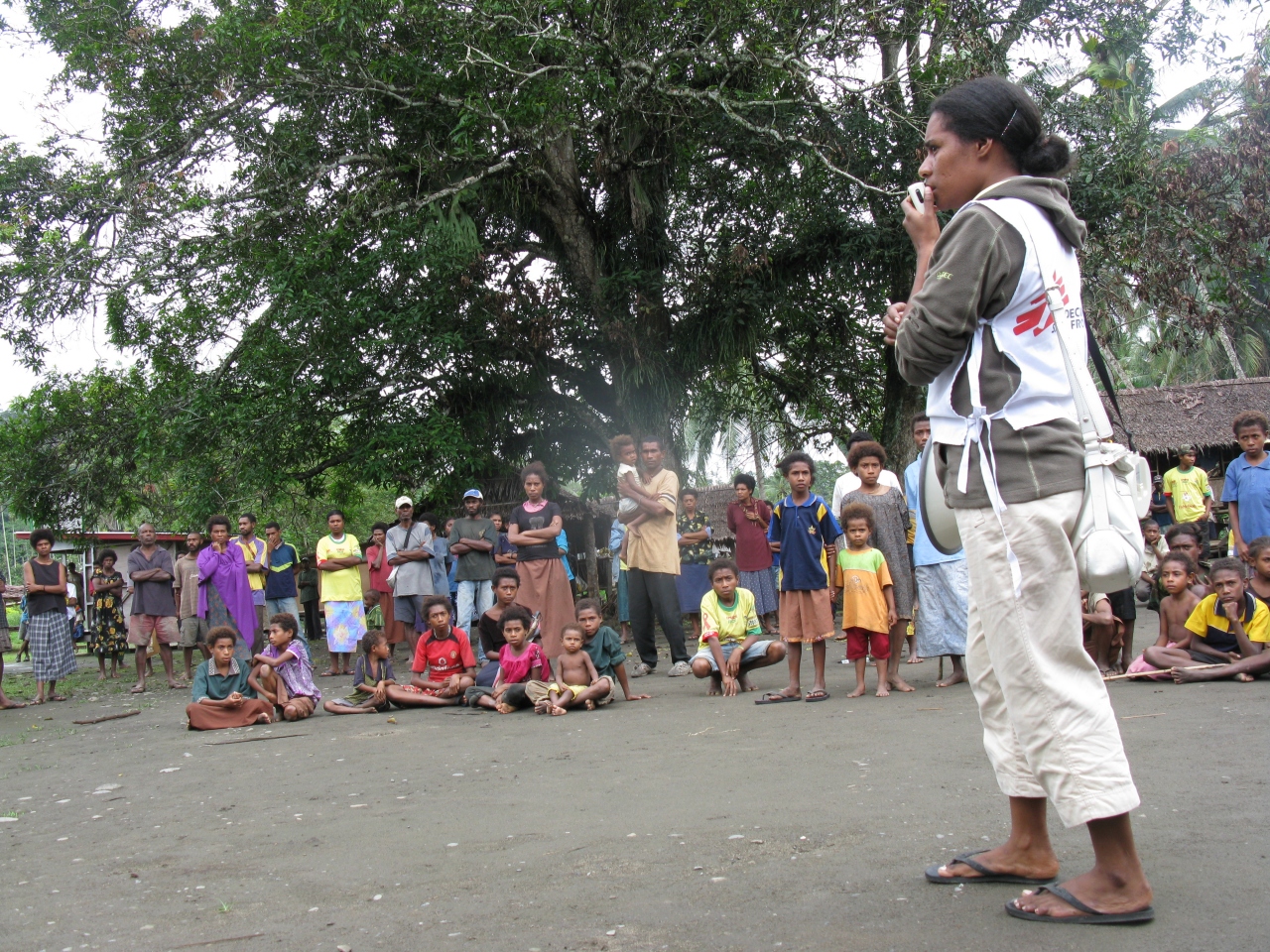 The people of Papua New Guinea are caught in an endless spiral of violence. The country has witnessed very rapid development over the last year and this has played a role in aggravating rivalry and a culture of violence among the many different ethnic groups.

The victims of violence are mostly women and children: they suffer rape and other terrible forms of violence, often within their own family. As well as medical care, the survivors urgently need psychosocial support.

"I often felt overwhelmed during the work. Overwhelmed by the violence my patients told me about and by the depth of their wounds. What they have endured is unimaginable to me," says Nathalie Muffler, a 39-year-old gynaecologist who worked for MSF in Lae, the second largest city in Papua New Guinea, over a period of nine months.

She treated victims of domestic and sexual violence in a clinic for women and children.*

"I saw a nine-year-old girl who was brutally raped near our clinic. She was out on an errand for her sick mother when the attack took place. And there was a woman - a new mother - with an untreated fracture on her arm," she remembers. “The husband had raped her shortly after she gave birth. She only told us later that he had also broken her arm when she was still pregnant."

The teams do regular outreach work in the outskirts of Lae. Here, they are often the first to speak out about the terrible violence faced by women, children and men.

Every month, between 200 and 300 new patients come to the MSF clinic in Lae. They have all been raped, beaten or attacked with knives. The clinic is the only place where they can find help in a safe environment.

"I worked together with seven local colleagues. We stopped bleedings, dressed wounds, tended to blood effusions and eye injuries. And we accompanied those patients who needed surgery or intensive care to the public hospital," says Nathalie.

The hospital is one of only few in the country; it is always busy and offers neither confidentiality nor a safe room for victims of violence. For this reason, many patients are too afraid to go to the hospital on their own, for fear of seeing their attacker there. Also, the waiting periods in the public hospital are long.

But victims of sexual violence need help fast. Protection against HIV/Aids with antiretroviral medicine, for instance, is only possible in the very first days after a rape.

Patients also receive antibiotics, to avoid the spread of sexually transmitted diseases such as syphilis and tripper that are common in Papua New Guinea. And they are immunised against Hepatitis B to prevent an infection with the disease.

Breaking the circle of violence

Medical help is important, but it is not enough. “Many women and children are caught in a downward spiral of violence. They have nowhere to go but home when we discharge them from the clinic. Then everything starts again for them,” says Nathalie.

To break the vicious circle, people need the necessary knowledge to protect them from the violence and they need psychosocial support. MSF outreach workers distribute flyers with information about the clinic and talk to people about the effects of violence in schools, on local markets and even at road crossings in and around Lae.

In addition, the team has developed contacts with a network of local groups to ensure that MSF services can be accessed widely.

Seven psychosocial carers and a social worker offer therapeutic help to the victims. They talk to them about their fears and about ways to resolve conflicts without violence.

Sometimes family members attend these sessions too. In that case, the carers can do even more to prevent further violence in the family.

But they also support the women and children who want to take legal action against their attackers or are seeking protection from them. For instance, MSF cooperates with local safe houses and organises temporary shelter for patients who have nowhere to go.

Up until now, MSF is the only organisation in PNG that offers fast medical help combined with psychosocial advice specifically for victims of violence.

But this is starting to change: The clinic in Lae serves as a model for the PNG ministry of health and with the support of MSF, similar support services are currently being set up in other locations. But this process is slow-paced, because the country is poor and faced with too many pressing problems.

Among those was an outbreak of cholera in September 2009, the first in the country in 50 years. MSF responded quickly, sent 27 additional staff to three provinces and treated hundred of patients.

MSF was already supporting the maternity, inpatient department and water and sanitation here. Now, the hospital also offers complex surgical services to victims of violence and also runs a Family Support Centre similar to the one in Lae, comprising medical and psychosocial care for victims of rape and domestic violence.

"Very often, coming to our services is the first opportunity our patients have to talk about their terrible experiences", says Nathalie. "With us, they realise that there is help for them. And for this, they are very grateful. Many of them cried and hugged me over and over again. This gave me strength to carry on the work despite the many difficult moments."

*Men come to the clinic too, looking to find medical and psychological help. But the majority of patients seen by MSF are women and children.