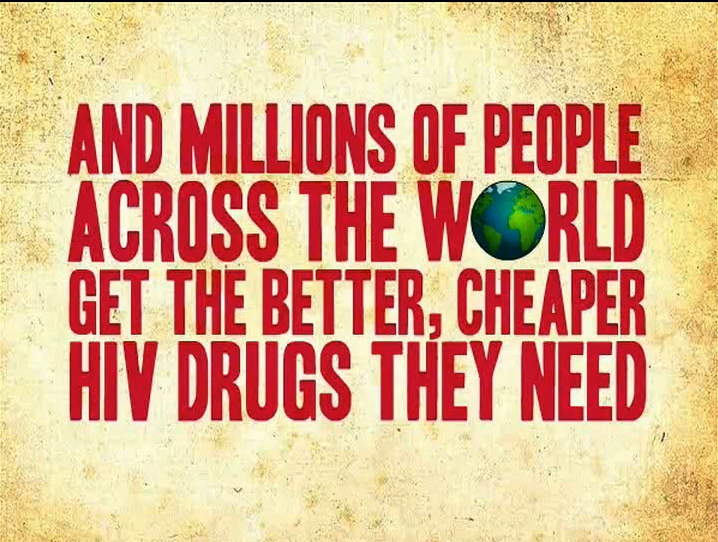 In a decisive step to improve access to medicines in the developing world, the Executive Board of UNITAID, the international health financing agency, has given the green light for a patent pool for AIDS medicines to open for business.

“Although these are early days, the patent pool could become a mechanism that systematically offers licenses to generic manufacturers, reducing prices and facilitating the combination of drugs from different makers into fixed-dose or one pill combinations,” said Dr. Tido von Schoen-Angerer, Executive Director of Médecins Sans Frontières’ Campaign for Access to Essential Medicines.

The UNITAID Board has decided to set up and fund the licensing agency that will run the pool. Once established, this means that formal negotiations with drug companies can begin.

“This is an important decision, but the pool will be judged on its outcome for patients,” said Michelle Childs, Director of Policy & Advocacy at MSF.

“We’ve been encouraged by the positive responses from a number of companies to our campaign in support of the pool. Now that the pool has been given a green light, patent holders need to move from expressions of general support to firm and formal license commitments. We urge them to do so. This needs to happen fast, as the clock is ticking for millions of patients.”

“The Board has confirmed that this pool is for all developing countries, but as this is a voluntary mechanism, the ultimate outcome will depend on the decisions of patent holders. Countries can still use the legal mechanisms at their disposal such as compulsory licensing and pro-health patent laws to ensure people have access to the life-saving medicines they need.”

International trade rules have led to the patenting of newer drugs in key generic-producing countries. A company that holds patents on a medicine has the right to prevent others from manufacturing it and, by taking advantage of its monopoly, charge high prices. In some developing countries, the cost of a newer HIV treatments can thus be inaccessible for millions of people living with HIV.

People living with HIV inevitably develop resistance to their treatment. They need newer drugs as their initial medicines no longer work effectively against the virus or cause unbearable side effects. They will thus need, newer, patented medicines.

A patent pool for medicines has the potential to safeguard access to patented medicines for people living with HIV in the developing world, by creating a structure for drug companies to share their HIV drug patents and receive royalties in return.

Other drug companies can access these patents and competition between multiple manufacturers will bring prices down. The removal of patent barriers can also help stimulate the development of child-friendly formulations or fixed-dose combinations, combining several drugs into one pill.

As part of an MSF campaign in support of UNITAID Patent Pool, almost 300,000 letters were sent by the public to pharmaceutical companies asking them to put their patents into the Pool.