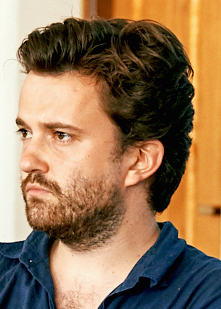 “We see them on TV, those who die young because of a cancer in the uterus,” Mary Jane explains, her youngest daughter wriggling in her lap while her other daughter and niece sit beside her.

Together with 325,000 other people, she lives among the informal settlements of Tondo that cling to the docks of the port of Manila, Philippines.

The slums have names like ‘Smokey Mountain’, evoking its rise as a gigantic mound of burning waste; or ’Happyland’, derived from a local word - ‘hapilan’ - for dump site; or ‘Aroma’, where Mary Jane’s family live.

While the facts of cervical cancer are becoming known here, for years the means to prevent it were scarce and too expensive.

Cervical cancer is one the biggest cancer killers in developing countries. It’s also one of the most preventable.

A routine screening takes three minutes (where a medical professional applies vinegar to the cervix to reveal potentially cancerous cells). Treatment for many at-risk women takes fewer than 15.

Evidence shows that a vaccine for young girls, developed in recent decades, leads to a sharp drop in the number of cases when they are older.

Despite this, the disease kills 12 women in the Philippines every day. Because there are no symptoms, the cancerous cells can spread through the body undetected until it is far too late to stop its progress - or for the person to survive.

While the government steps up its efforts to beat the disease in the country’s poorer provinces, Tondo dwellers are technically in Manila, the country’s capital and economic hub.

Put another way, Mary Jane and her girls are invisible.

“The people in some areas are desperately poor, and in some cases much worse off than certain refugee camps and internally displaced persons camps [around the world],” notes Jordan Wiley, MSF’s country manager in the Philippines.

MSF shifted its focus to vast blind spots like Aroma in 2016, after years of on-and-off presence in the country responding to natural disasters and conflict.

To serve the people of Tondo and families like Mary Jane’s, MSF supports a local organisation, Likhaan, which has worked in Tondo since 2008.

They focus on family planning and other areas of women’s health, including cervical cancer.

If awareness of cervical cancer is growing in places like Tondo, it owes a lot to the groundwork of Likhaan and its team of ‘community mobilisers’ who go into the slums to hold education sessions. Every day they encourage families, especially women, to know their rights and look after their bodies.

As Jordan Wiley puts it, “they’re not used to having rights, or having easy access to non-judgemental healthcare.”

As freight trucks roar along the wide road between Aroma and the rest of Manila, a small clinic operated by Likhaan and MSF awaits on the other side.

The staff there see about 80 patients a day and hold about 1,200 family planning consultations a month. Hundreds of women have also come to get screened for cervical cancer.

They use a technique called the ‘single visit approach’, or SVA, which is essential for slum settings in which people may suddenly move.

Any woman with pre-cancerous cells receives treatment immediately: the dangerous lesions are frozen and killed off using a small implement - a technique called cryotherapy.

Women suspected of more advanced cases are referred to the hospital for a diagnosis and accompanied by the team every step of the way.

"The people in some areas are desperately poor, and in some cases much worse off than certain refugee camps and internally displaced persons camps [around the world]. They're not used to having rights, or having access to non-judgemental healthcare."
Jordan wileycountry manager in the philippines

Vaccination also offers many advantages. By giving girls between the ages of nine and 13 a one-off set of two jabs, the odds of them contracting cervical cancer will be vastly reduced.

In March 2017, MSF, Likhaan and the City of Manila completed the first round of free vaccination for more than 25,000 girls, most from the slums of Tondo. The second round is scheduled in the coming months.

Mary Jane sent her daughter to be vaccinated. Her niece went, too. Since they know all about the deadly disease, the immunisation should be less daunting the second time around.

The first time, Mary Jane’s niece admits, she was a bit nervous: “I wasn’t looking at the needle. I was looking at my mum.”

our work in the philippines >