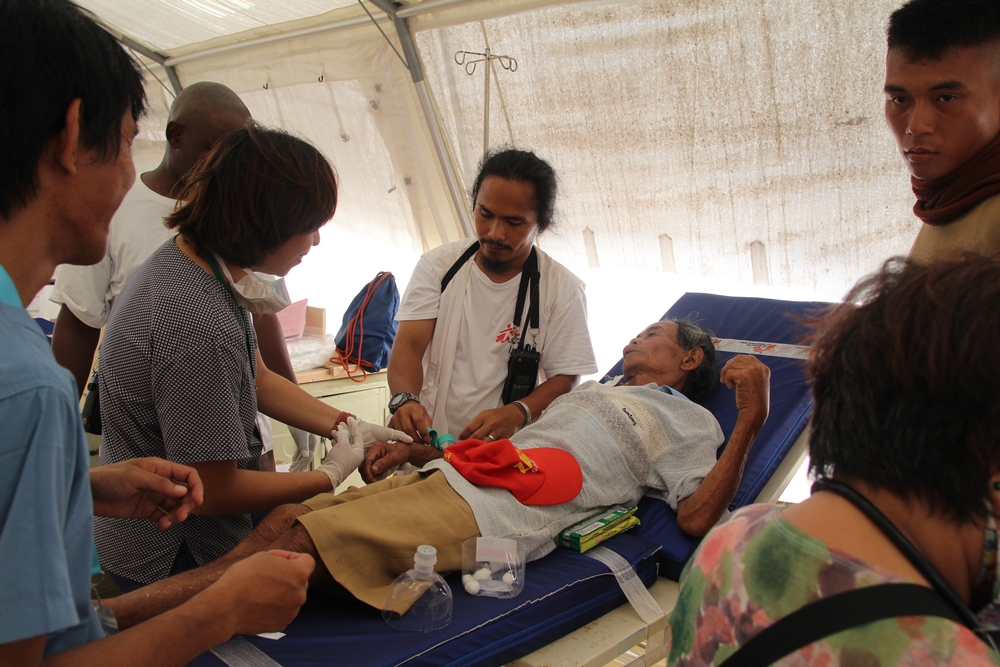 The Philippines: Six months after the typhoon

In the six months since Typhoon Haiyan hit the Philippines, teams from Médecins Sans Frontières/Doctors Without Borders (MSF) have provided care for emergency and everyday health problems in hospitals and mobile clinics, delivered clean water and helped to repair sewerage systems and health centres in some of the worst affected areas.

As the recovery effort has continued, MSF has withdrawn from areas where its assistance is no longer needed, and stayed on in places where the health system has yet to recover. 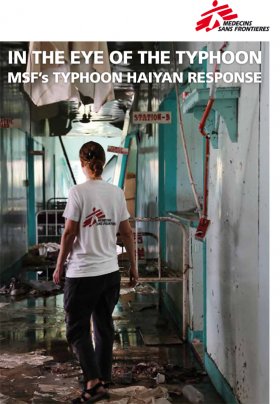 Read our four-month accountability report, which highlights where we worked throughout our intervention in the Philippines

“Every day you can see things changing in Guiuan,” says Laurence de Barros-Duchene, MSF’s emergency coordinator in Guiuan, one of the areas first hit by the typhoon.

“The roads have been cleared, electricity and water supplies are back on, and everywhere you look you see people rebuilding their homes.”

In Guiuan, MSF is supporting a 50-bed tented hospital which provides healthcare for some 110,000 people.

The hospital was constructed to replace a district hospital that was damaged beyond repair by the typhoon.

The hospital is staffed mostly by Filipino health workers, with MSF supplying a
surgeon, an anaesthetist and 12 national
nurses, as well as the expertise needed
to keep the hospital – including its
supplies of electricity, water, medicines
and equipment – running.

“Even though things are getting back to normal, we are still treating some complicated cases,” says MSF surgeon Evangeline Cua.

“I recently treated a young boy who had chronic osteomyelitis – an inflammation of the bone. Prior to treatment, he was limping and in constant pain. But after surgery and ongoing care, he is now walking.”

MSF has also started building a prefabricated hospital in Guiuan which will take patients out of the tents – unsuitable in the rainy season – until a permanent hospital can be built.

The hospital, designed to last up to five years, will provide maternity care and surgery as well as inpatient and outpatient services. It is due for completion in June, when MSF will leave Guiuan, handing the hospital over to the Ministry of Health to run. 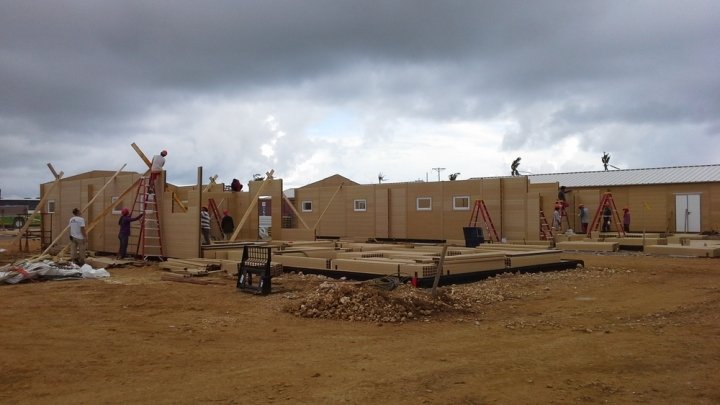 MSF is also working to repair Guiuan’s sewerage system and water supply, with work due to be completed by the end of May.

With the rainy season approaching, MSF’s teams are also working to prevent a potential outbreak of dengue fever, spread by mosquitoes.

“People who lost their jobs because of the typhoon, or families who lost their breadwinners, are forced to live in difficult conditions and cannot always get the healthcare they need,” says Akiko Matsumoto, MSF’s deputy medical coordinator.

“Although what we can do is limited, we
hope to at least provide people with the
sense of security from knowing that
women can give birth safely and free of
charge.”

In Leyte province, which was hit hard by the typhoon, the medical needs have shifted from emergency care to the treatment of chronic diseases and maternity care.

MSF is now supporting the reconstruction of Leyte provincial hospital, a referral centre for women suffering complications in childbirth. As well as repairing the hospital’s building, MSF is helping to reinforce the team of health staff with the aim of restoring full maternity services, including caesareans, in the hospital.

“At the moment, the number of health facilities capable of dealing with high-risk deliveries is limited, which is why MSF is going to focus on maternity and neonatal care in the coming months,” says Axelle de la Motte, MSF’s programme manager.

MSF’s inflatable hospital in Tacloban and its tented hospital in nearby Tanauan have now closed after a fall in the demand for its services and improvements in the capacity of local health services.